On the September 20 episode of SBS’s “Running Man,” the members participated in a “mo or go” race. “Mo or go” is based on the common Korean phrase “mo or do,” which refers to possible outcomes in the traditional game of yut-nori. One outcome is the best possible outcome, while the other is the worst. 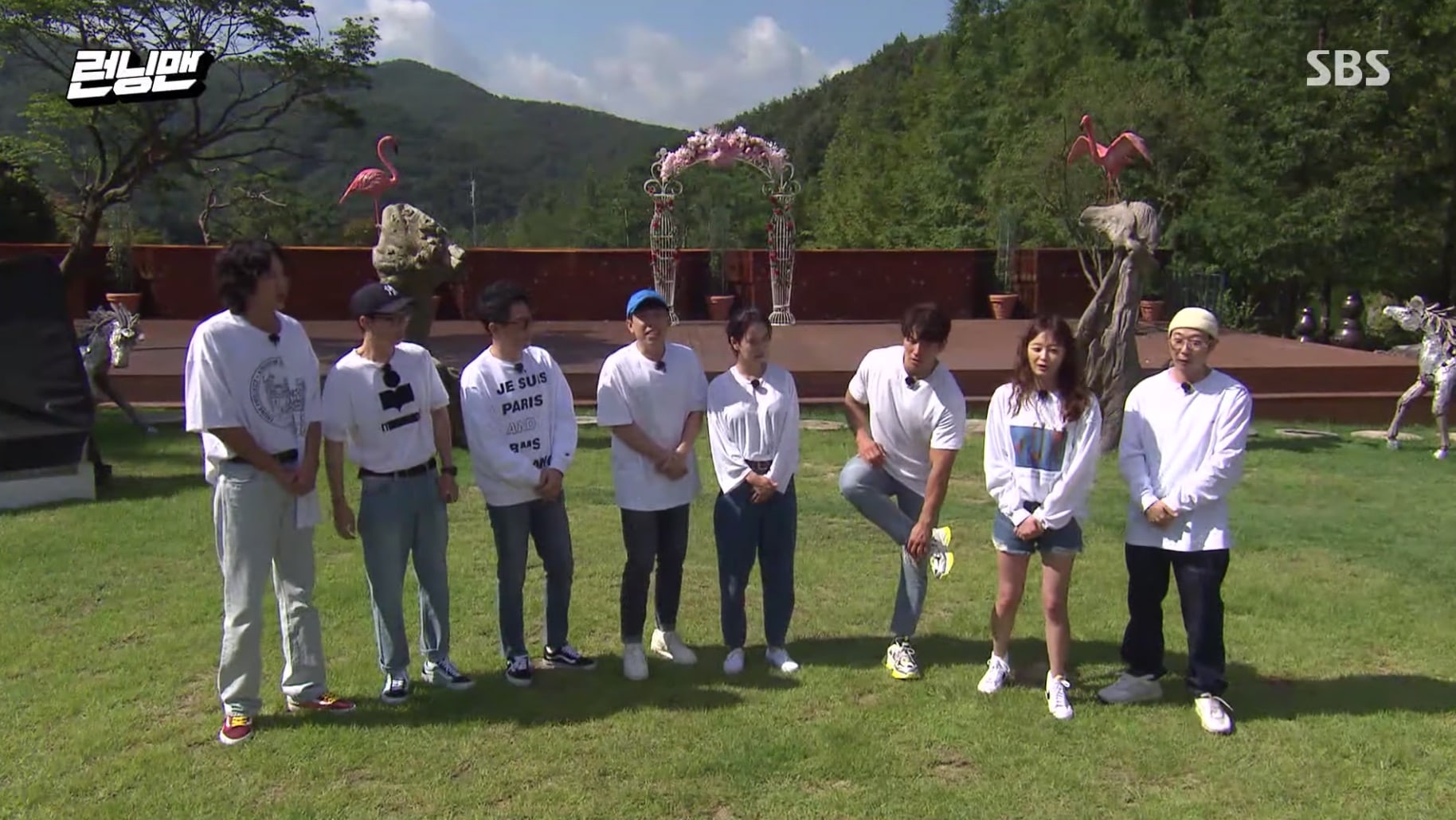 Before the episode began, Jun So Min ranked the male cast members in order of best appearance. This was because of HaHa setting up a “HaHa vs. Lee Kwang Soo appearance battle” on social media. Yoo Jae Suk commented, “I don’t think being ranked by Jun So Min or Song Ji Hyo is meaningful at all,” and Lee Kwang Soo agreed. 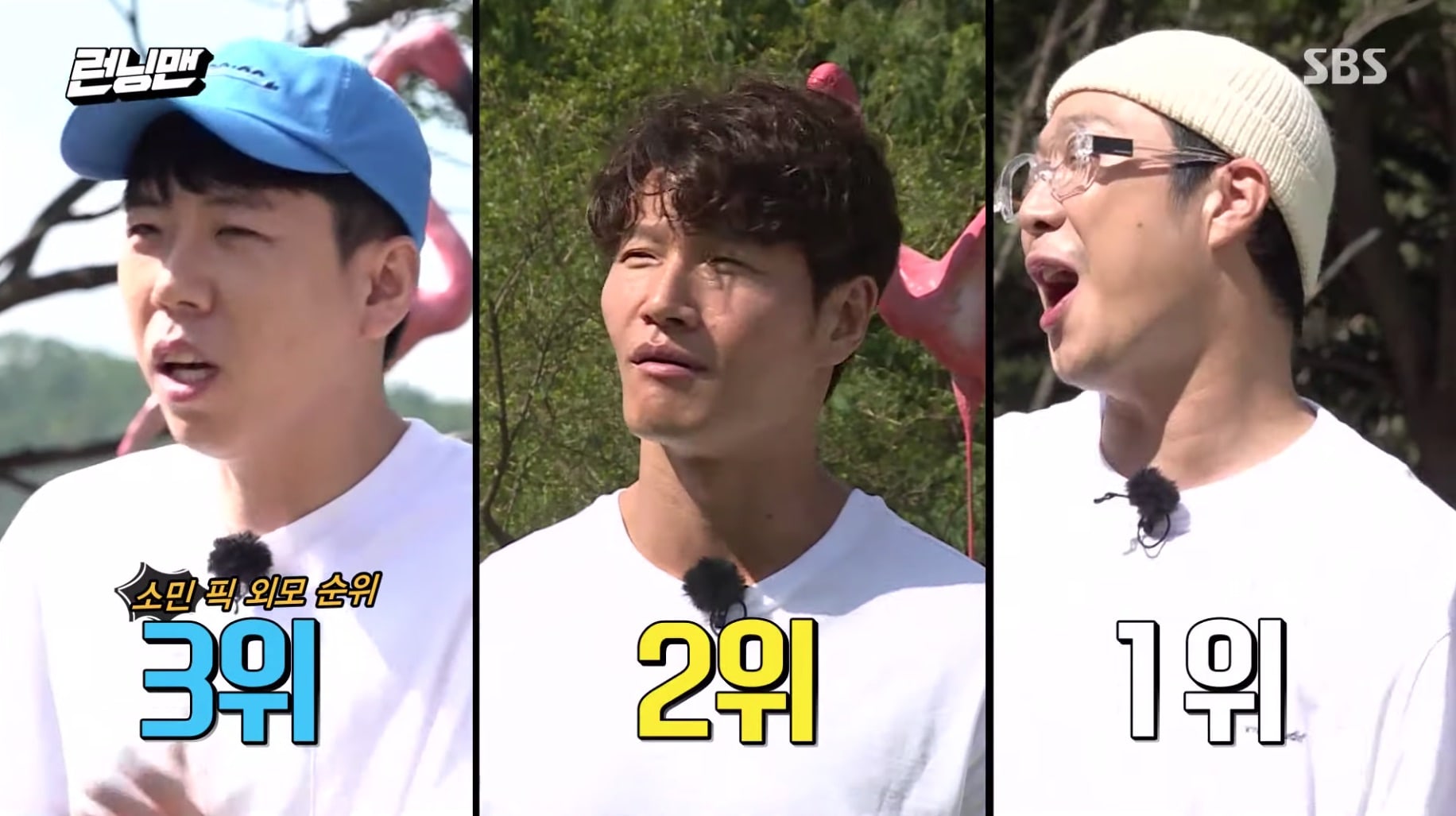 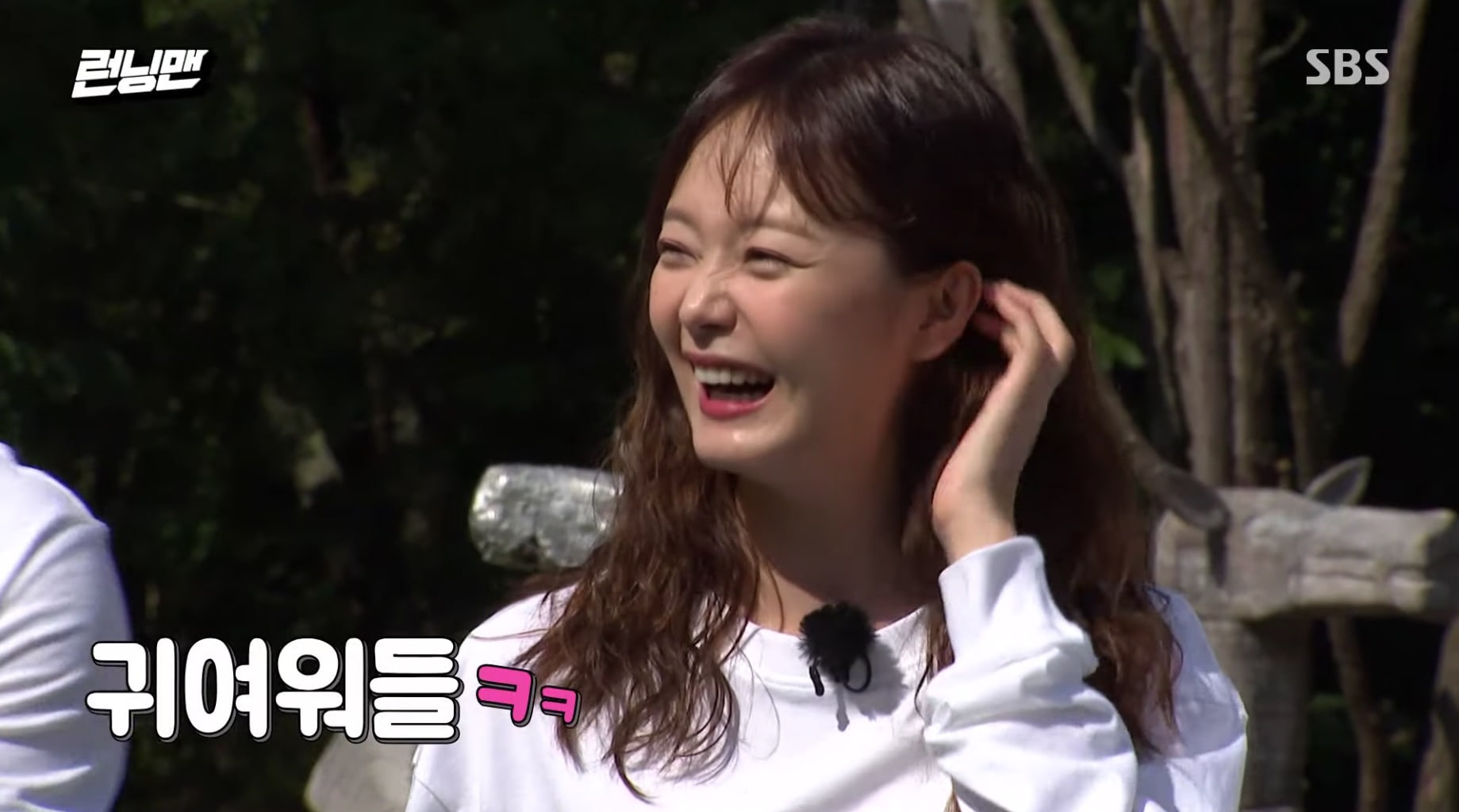 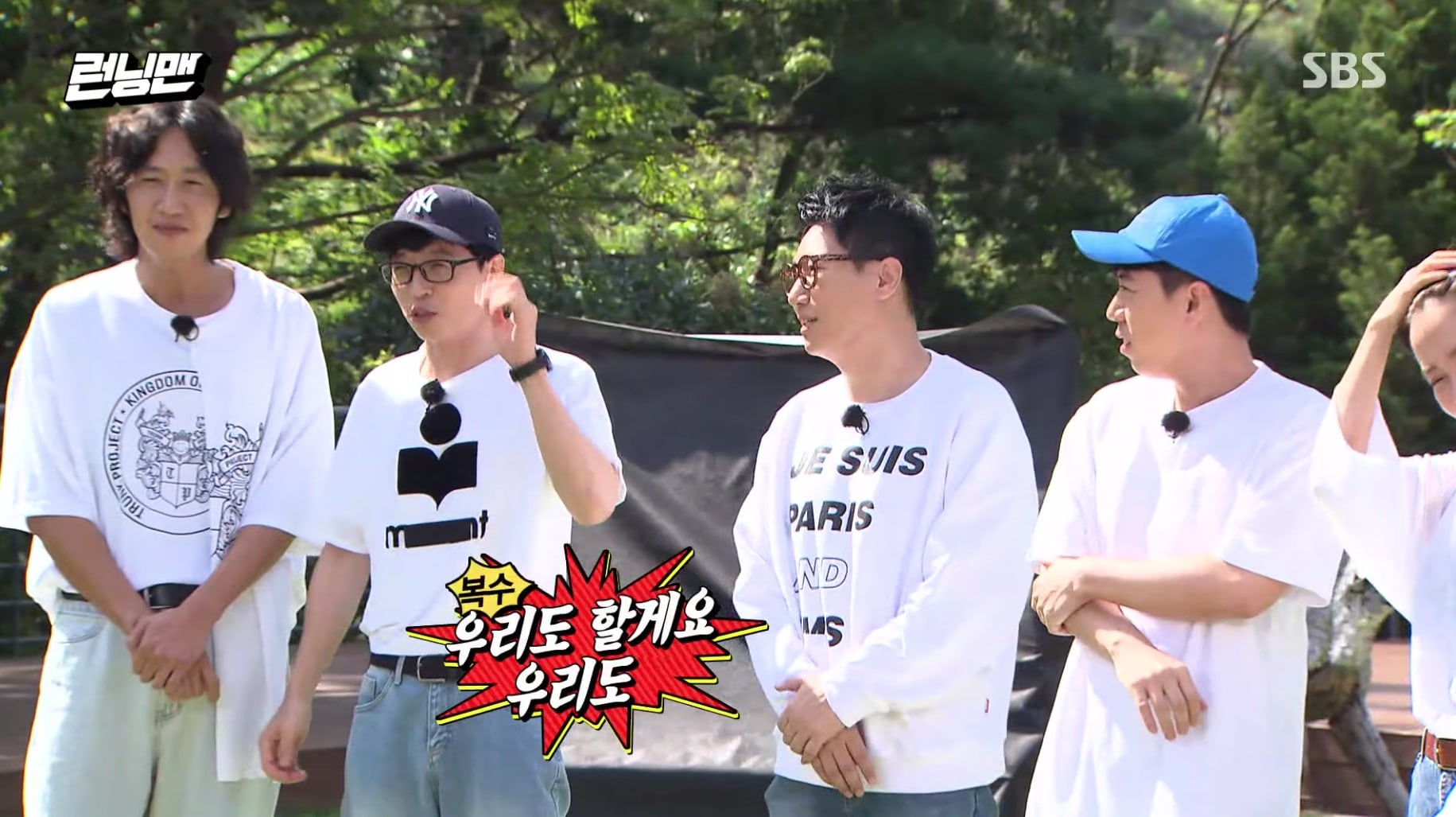 Later in the episode, the cast played a “balance” game, which was similar to the game “Would You Rather?” Yang Se Chan was asked to choose between Song Ji Hyo and Jun So Min if he had to date one of them. Yang Se Chan picked Jun So Min (with whom he has a “love line” on the show) and said, “I think dating her would be more fun. If I dated Song Ji Hyo, I don’t think she would have any interest in me whatsoever.” 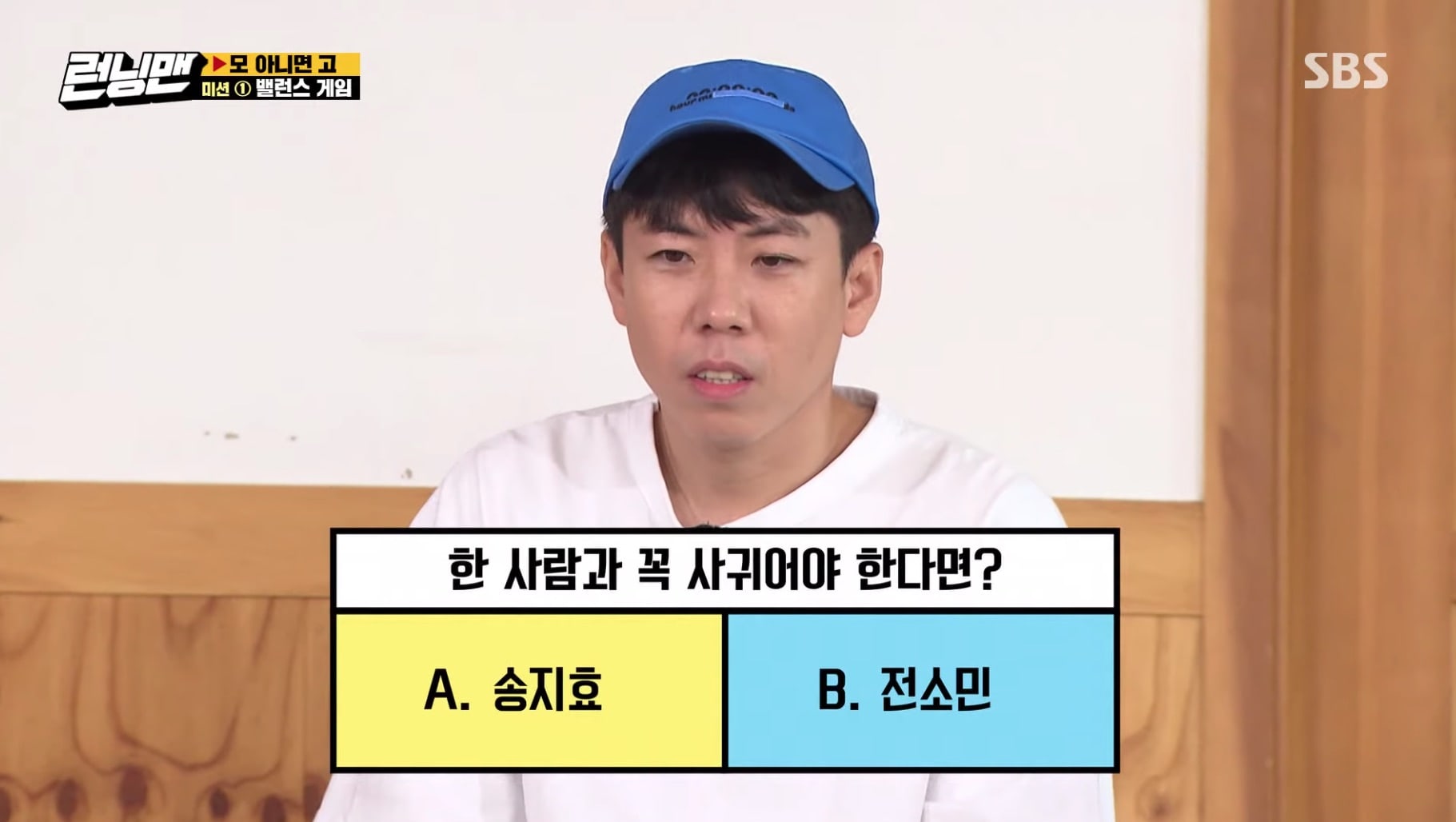 Asked how she normally broke up with her boyfriends, Song Ji Hyo said, “I usually just suggest we break up. I give them one chance.”

In response to the same question, Jun So Min said, “I give them infinite chances. I have to get tired of them first. I’m the type to want revenge, so I go until the very end.”