Ahead of the premiere of OCN’s “Search,” f(x)’s Krystal sat down to chat about the drama and her role!

“Search” is a mystery thriller about a specialized search party that sets out to uncover the truth behind mysterious disappearances and murders in the demilitarized zone (DMZ). Krystal plays Son Ye Rim, a highly intelligent and capable lieutenant who joins the investigation team as a special officer.

Regarding her role, Krystal shared, “Everything about portraying a soldier was a big challenge. Although the script was fun too, I was extremely drawn to the fact that the character was a soldier, because I had never tried that before.” She added, “This is a project that I hope helps people discover a new side of me that is different from the image of ‘Jung Soo Jung’ [Krystal’s birth name] the public already knows.”

Krystal elaborated on her character’s many charms, explaining, “She says what needs to be said, and being able to stay calm in all situations is her strength. She’s truly elite, armed with her innate physical strength, brilliant mind, and fiery competitiveness.”

She continued, “Even in the many dangerous situations she encounters at the DMZ, her emotions are not easily swayed. She focuses on her mission at hand to flexibly lead the investigation team.” 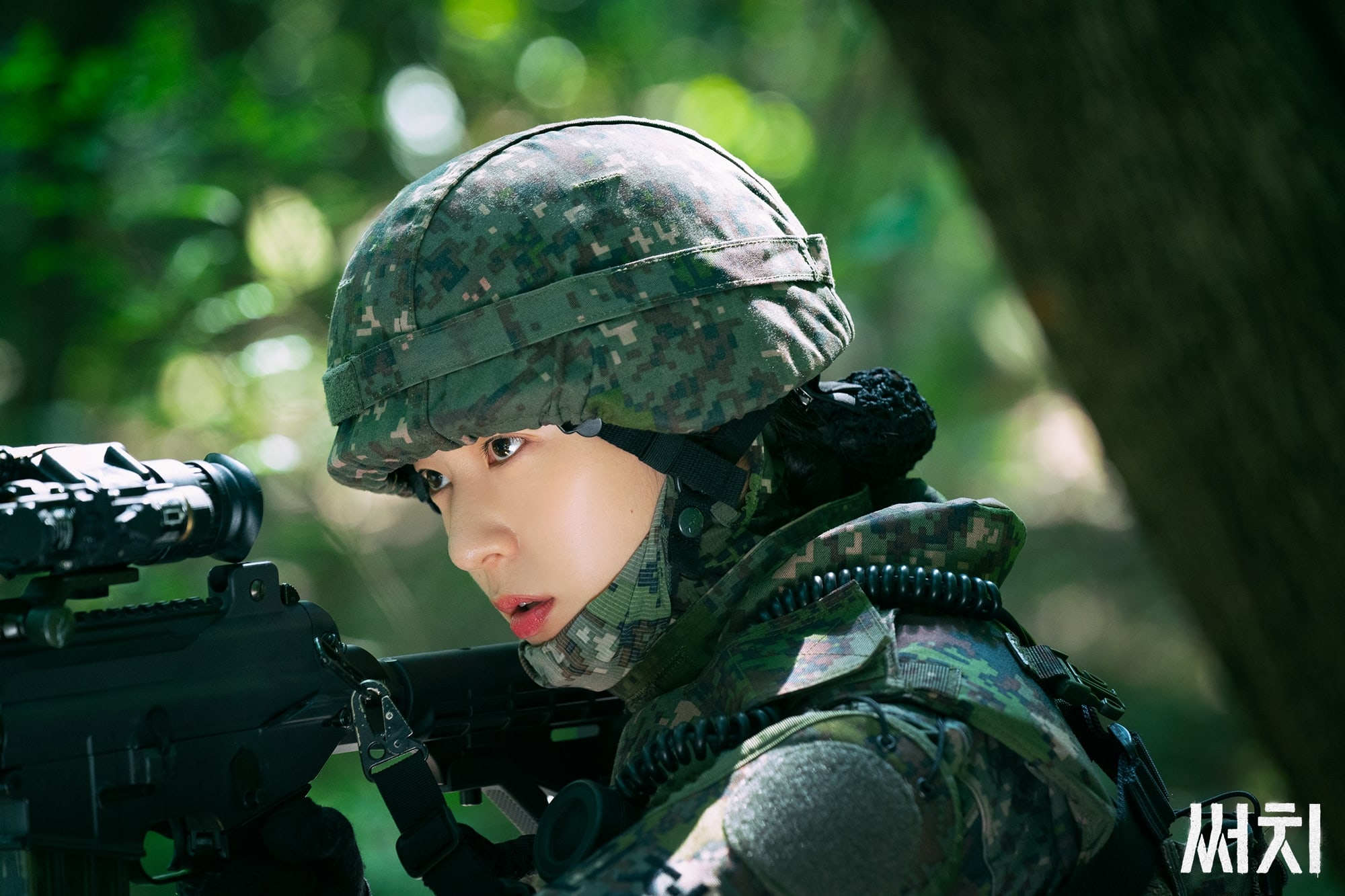 In order to pull off her role as a talented and capable soldier, Krystal had to go through lots of training. She explained, “I held an interview with a real-life soldier, and while attending action school, I learned about various moves and proper shooting positions.”

To maintain her health throughout this rigorous training, Krystal shared that she exercised a lot before filming. She added, “Although it was hard, since I like being physically active, I also enjoyed it.” Regarding the unique terminology used by soldiers that she had to get used to for the drama, Krystal commented, “I thought of them as words I use often in real life and just kept practicing.”

For viewers anxious to see her in her new role, Krystal shared a couple points to look forward to. She shared, “More than just raw body action, there are a lot of military shooting scenes. Even for viewers, I think this will be refreshing.”

She added, “You’ll be able to watch a drama that is connected in one long story, with the vibe of a movie.” 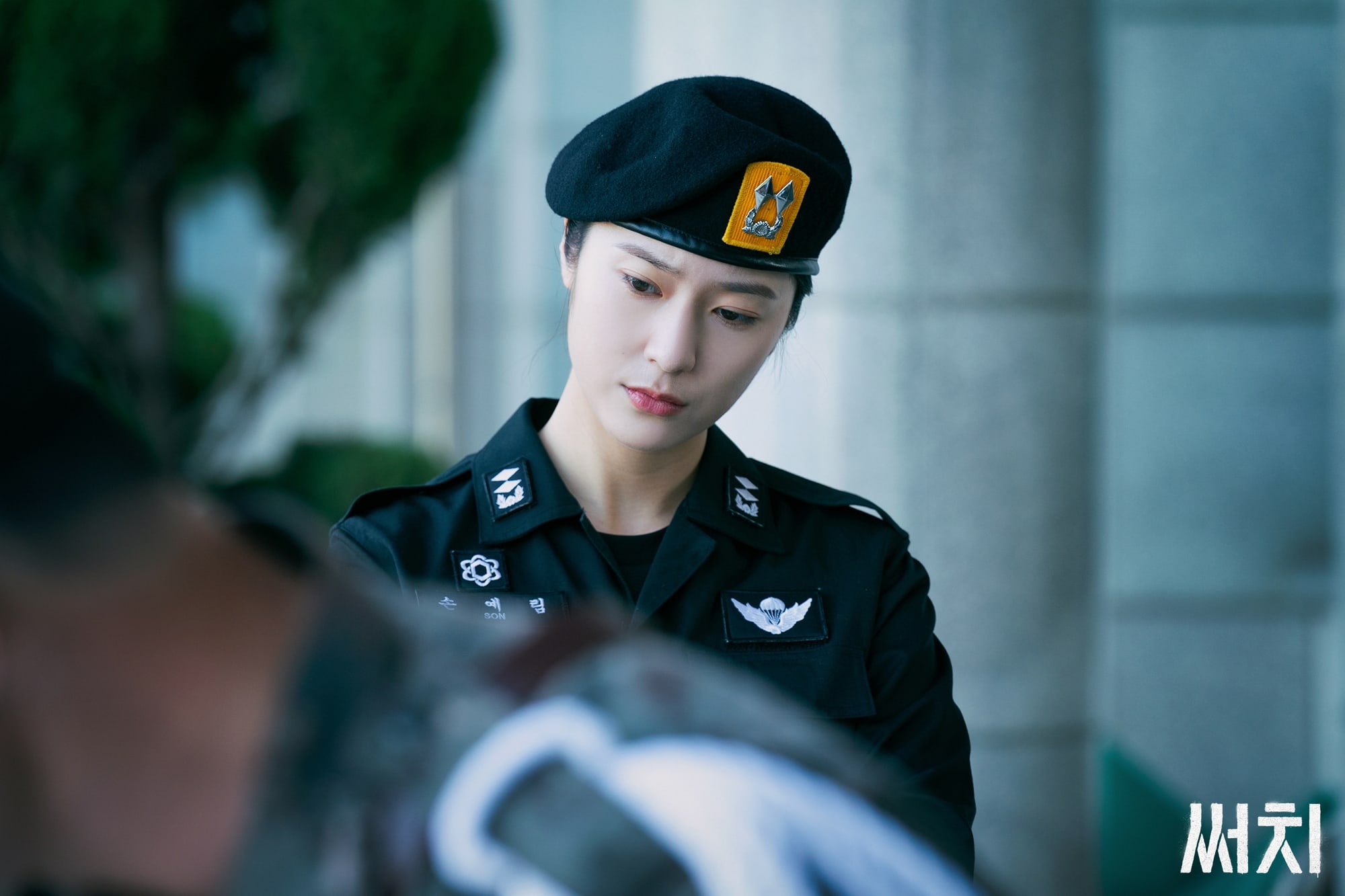 Krystal also named the chemistry between the investigation team members as something to look forward to, adding, “Since we filmed while wearing our helmets, vests, guns, and military boots in the middle of summer, there were some difficult aspects. However, because all the actors of the investigation team are so much fun, the most memorable thing was how much we laughed during filming.”

Finally, she teased, “If you unravel the hidden mystery of ‘Search’ with us while watching, you’ll be able to enjoy the drama.”

In the meantime, watch Krystal in “Bride of the Water God” with English subtitles below!

f(x)
Krystal
Search
How does this article make you feel?