Kim Jong Kook and his “Running Man” co-stars are taking the phrase “washboard abs” to a whole new level!

On September 20, SBS’s “My Ugly Duckling” aired a preview of next week’s episode, which will feature the cast hilariously attempting to do their laundry on Kim Jong Kook’s abs.

The clip begins with a scene of women doing laundry from a historical drama, with fake captions asking, “It’s tiring doing laundry, right?” In speech bubbles, the women tell each other that they’ve heard there’s a new place to do laundry nearby and that it’s faster to wash your clothing there.

The video then cuts to footage of several of Kim Jong Kook’s “Running Man” co-stars literally using his abs as a washboard. Yang Se Chan yells, “It’s working!” and HaHa exclaims, “We can actually do our laundry like this! This is amazing. It really works.” As Ji Suk Jin happily scrubs away, the panel of celebrity moms—including Kim Jong Kook’s own mother—cracks up at the hilarious sight. 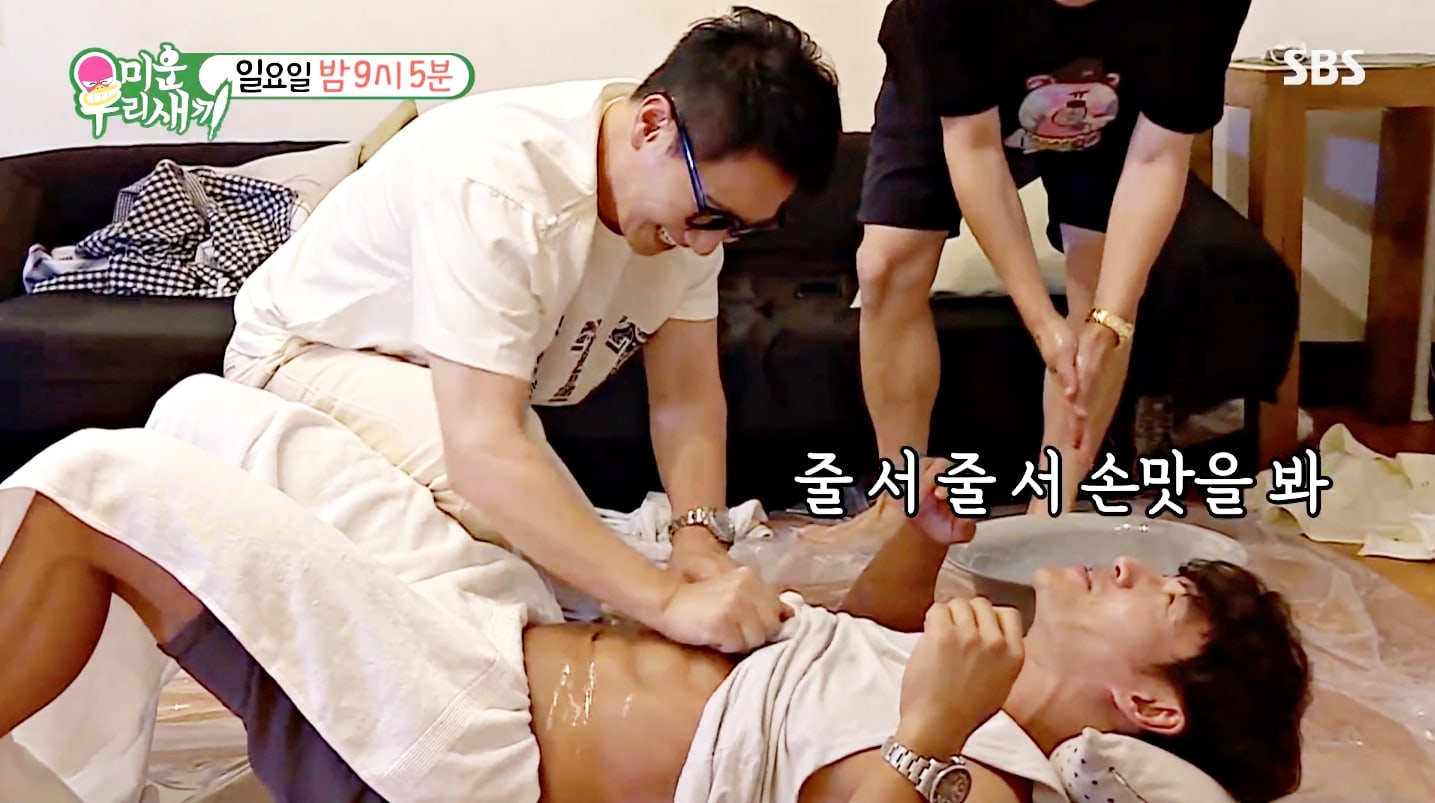 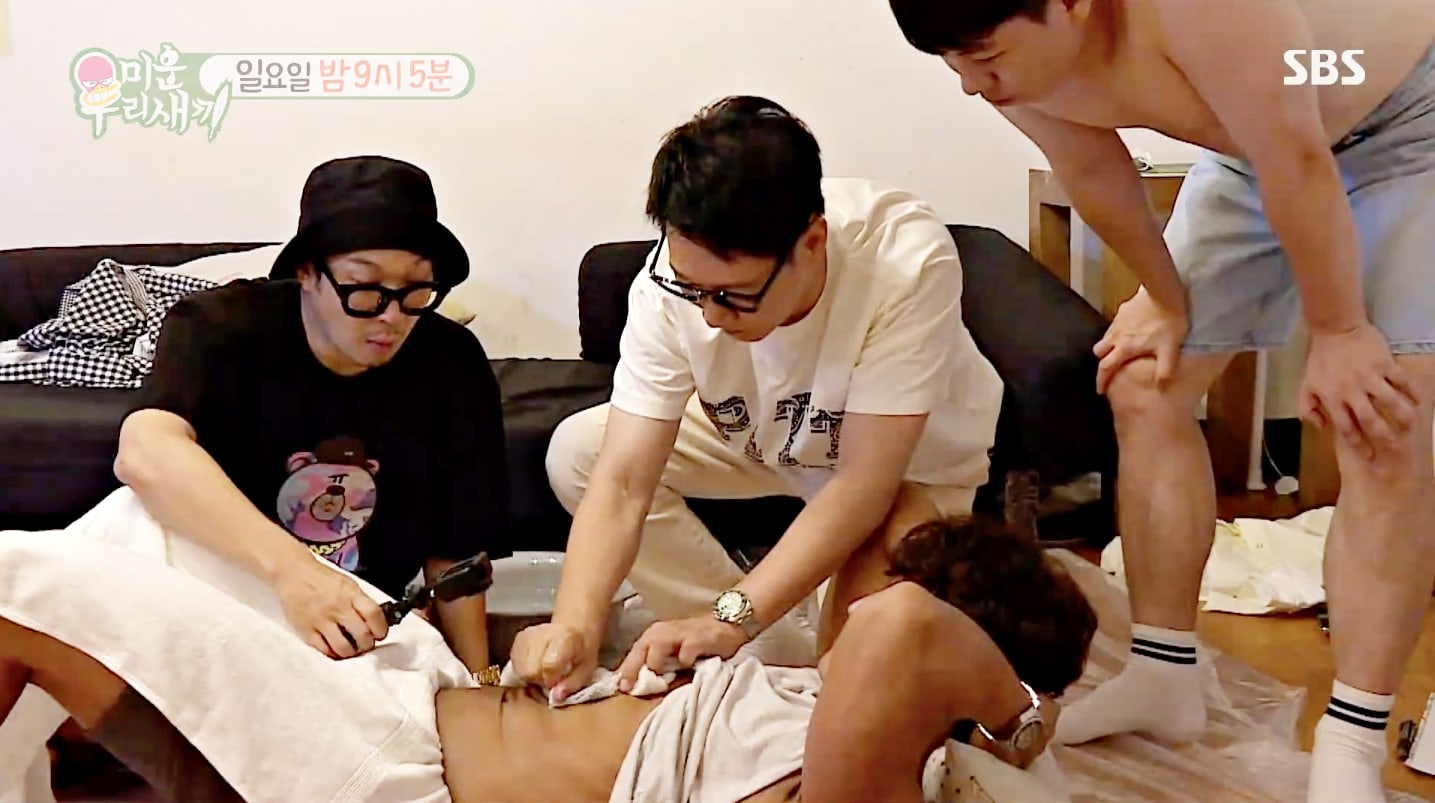 To find out how the four men ended up in this unusual situation, tune in to the next episode of “My Ugly Duckling” on September 27 at at 9:05 p.m. KST.

In the meantime, check out the new preview below!