Update: The Fact Music Awards To Be Broadcast Live All Over The World

2020 The Fact Music Awards has announced that the ceremony will air live in various regions around the world.

The organizing committee stated, “The ‘ontact’ ceremony will air live through an online broadcast in Korea, China, and Japan, as well as Europe, the Middle East, Southeast Asia, and North and South America.”

In Korea and China, the ceremony will be broadcast through the platform V Live+. In Japan, it will be broadcast on Niconico, a Japanese video-sharing platform. In the other regions, the organizing committee plans to air the ceremony on whichever platforms are optimized for each particular region in order to ensure a smooth streaming process for global K-pop fans.

The organizing committee made the decision to stream the ceremony worldwide after the influx of attention from fans all over the world due to 2020 TMA’s high-profile lineup of performers. The committee also had the goal of turning the awards ceremony into a global music festival that everyone could enjoy.

Previously, 2020 TMA stated that due to the ongoing COVID-19 pandemic, the ceremony would take place without an in-person audience.

2020 The Fact Music Awards has confirmed that it will take place on December 12.

Due to the COVID-19 pandemic, the ceremony will take place as an “ontact” event, meaning that there will be no live audience for the performers.

The Fact Music Awards has announced that it will be holding this year’s ceremony without an audience.

Earlier this year, the second annual The Fact Music Awards was forced to cancel its physical ceremony due to the COVID-19 pandemic, opting to announce its winners online instead. The awards show was originally scheduled to take place in February at the Gocheok Sky Dome, with a star-studded lineup of performing artists that included BTS, TWICE, Super Junior, MONSTA X, Red Velvet, and MAMAMOO.

On September 21, the organizing committee for The Fact Music Awards announced that for its third year, the show will be held online with no audience, in order to protect the safety of both artists and their fans. The award ceremony will also take place in December, which is earlier than in previous years.

A representative of the committee stated, “The third annual The Fact Music Awards is scheduled to take place in December in an ‘ontact’ [a catchphrase meaning online and contact-free] ceremony.”

This year’s awards will be determined through a mix of objective data, such as album sales and songs’ digital results, and the analysis of a panel of judges. Additionally, the support and participation of fans both within Korea and abroad will be added to artists’ scores for 2020.

According to its organizing committee, The Fact Music Awards also plans to take advantage of its new ‘ontact’ format to showcase a wide variety of spectacular performances this year.

The representative of the committee commented, “In keeping with the current ‘ontact’ era, [this year’s show] will be a new kind of K-pop festival that is unlike typical year-end music award shows of the past. In addition to strict checks and inspections to ensure a smooth and high-quality concert, we are also planning a variety of special events for the fans. Please show a lot of interest and anticipation.”

The Fact Music Awards will announce this year’s lineup of performing artists, as well as the official criteria for its awards, at a later date. Stay tuned for updates! 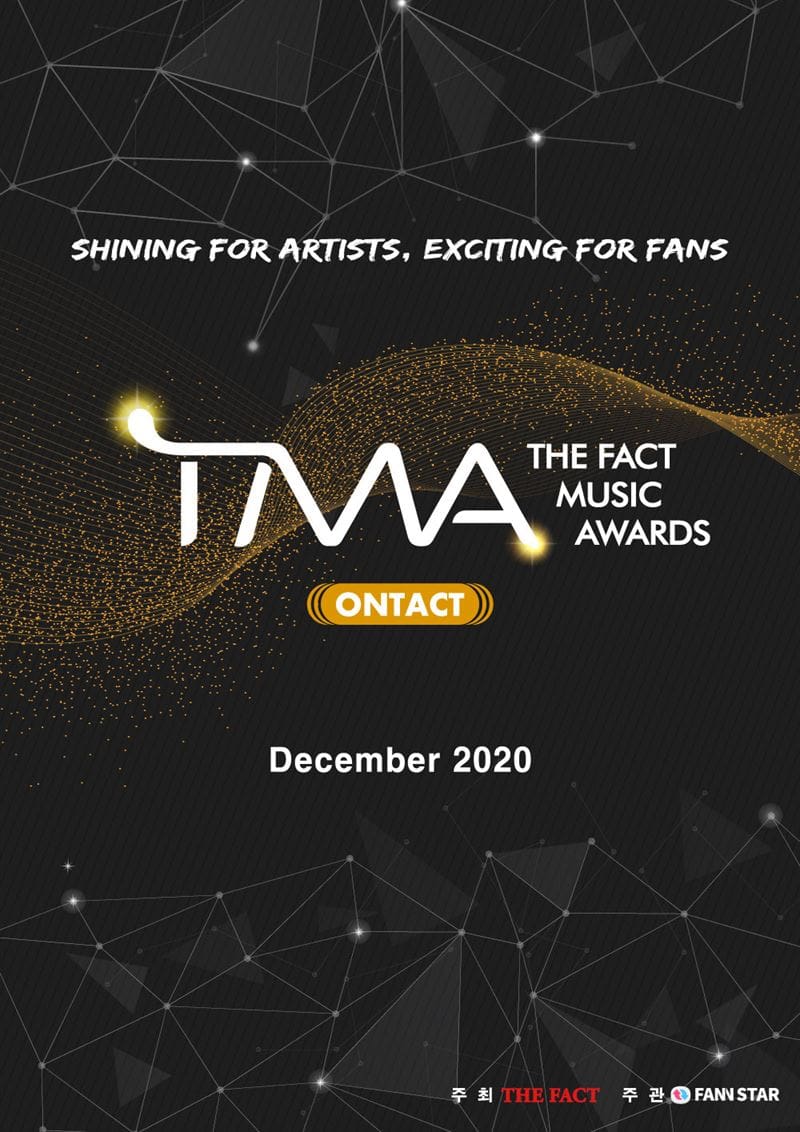 The Fact Music Awards
How does this article make you feel?