The new stills preview a heart-fluttering moment between the pair. In one still, Kyung Woo Yeon lays on top of Lee Soo as if she has just taken a fall. Both of them look surprised, although it remains to be seen if their shock is due to the dangerous situation that just occurred or their proximity to each other’s faces.

Another still shows Lee Soo applying medicine to Kyung Woo Yeon’s knees, the concern evident in his eyes as he looks up at her. The longtime friends sit casually next to each other as they continue to talk. 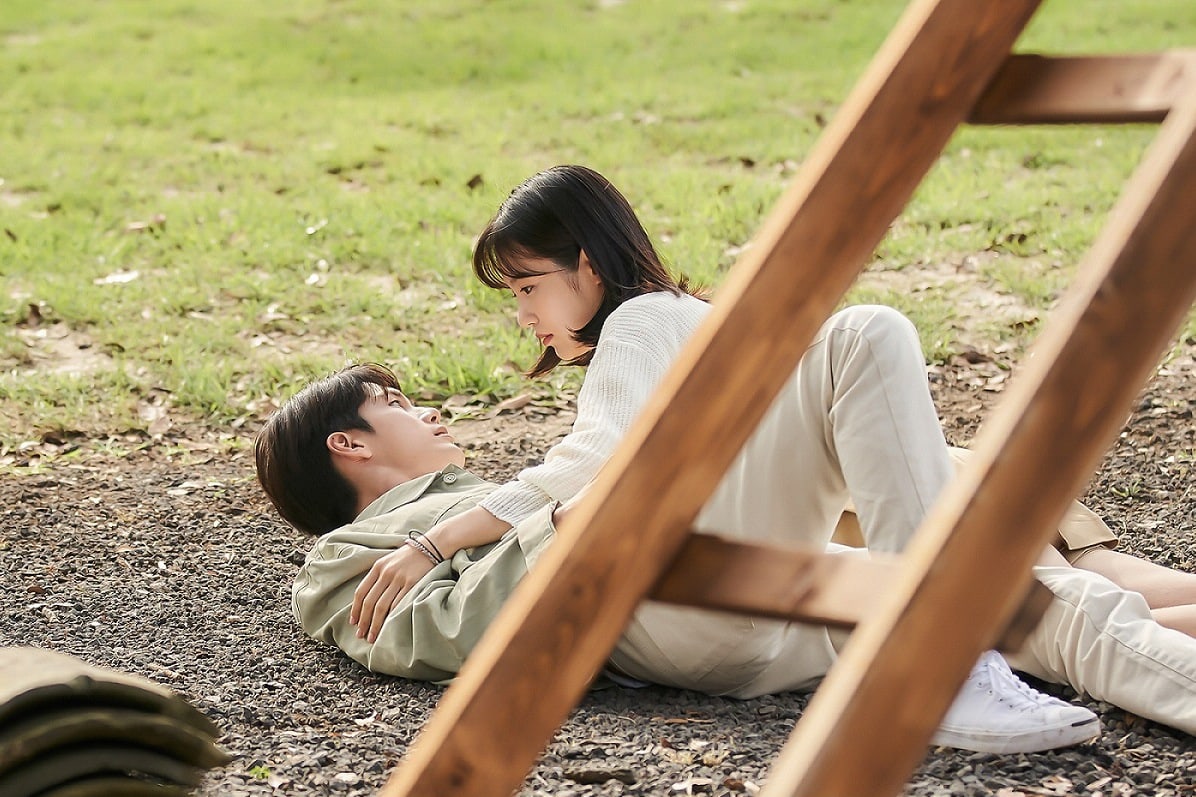 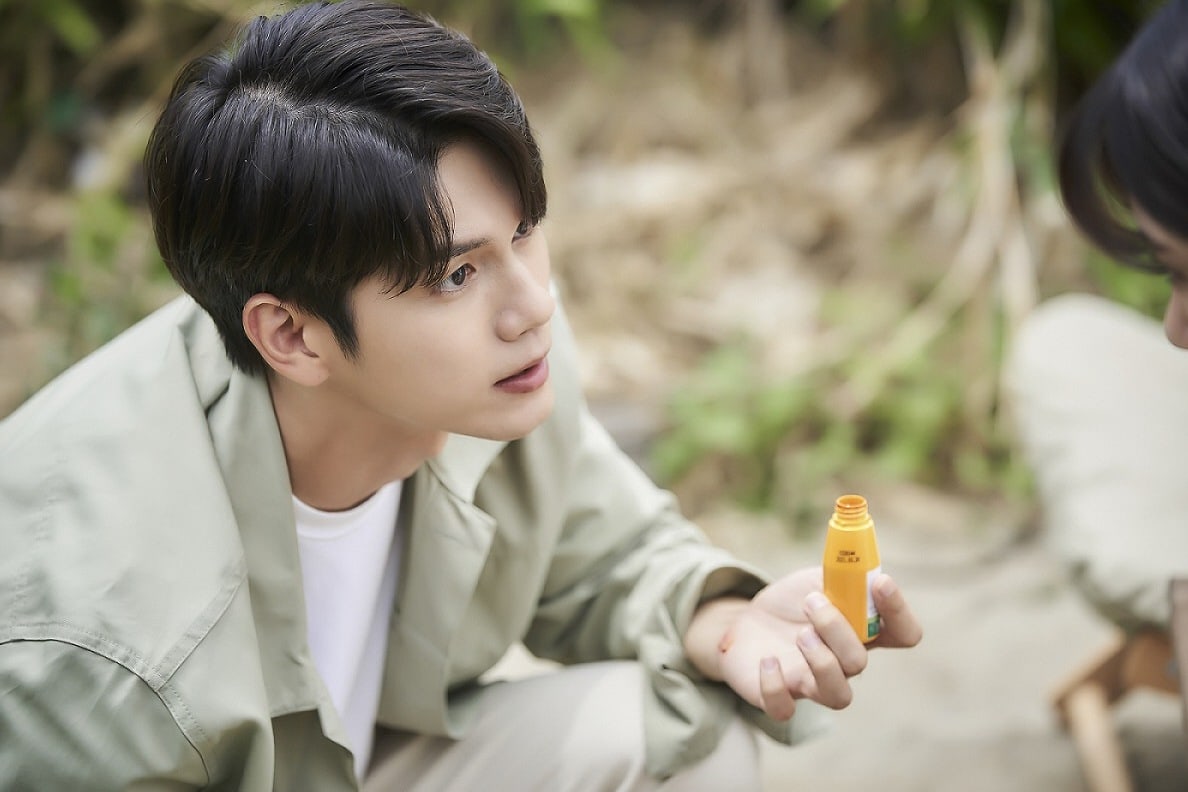 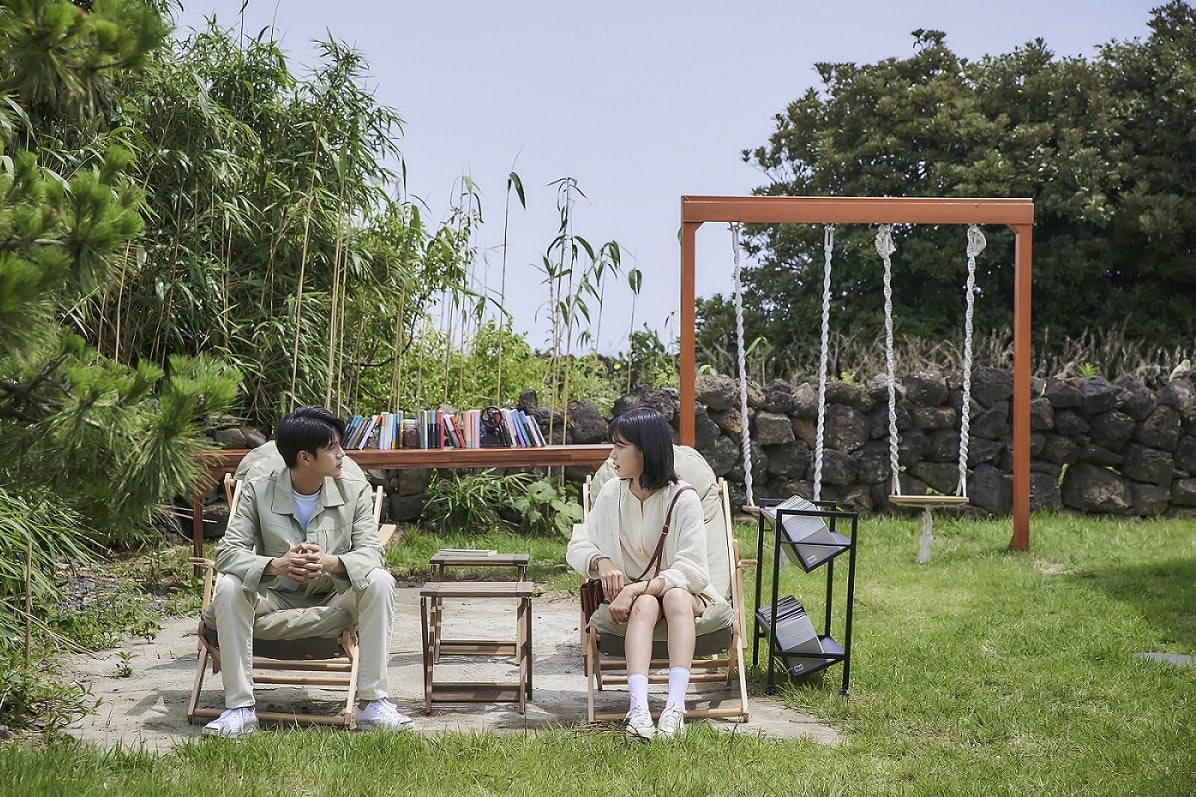 This small incident could be the start of something new for the two friends. In a previously released teaser, it was revealed that they both harbored feelings for each other during their school days. Although Lee Soo didn’t pay much attention to others, he always looked out for Kyung Woo Yeon by bringing her tangerine tarts and medicine. On Christmas, he gifted her a teddy bear while saying, “They say you have to confess your feelings to the person you like.” Eventually, Kyung Woo Yeon confessed her true feelings for Lee Soo as well. Viewers are curious to see how their story will continue to unfold 10 years later.

The drama’s production team commented, “The only obstacle standing between Lee Soo and Kyung Woo Yeon is their own feelings. Their inexperience when it comes to love is the sole source of conflict.” They then upped the anticipation for what is to come, saying, “A small incident in their everyday lives will mark the beginning of a change in their relationship. You will be able to feel the excitement between the pair while they are still unaware of their feelings.”

“More than Friends” premieres on September 25 and will be available on Viki.