MBC’s upcoming drama “The Spy Who Loved Me” (literal title) has revealed posters of the three main characters.

“The Spy Who Loved Me” is a thrilling romantic comedy about a woman who gets caught up in espionage with her two secretive husbands. The drama will be a collaboration between producing director Lee Jae Jin of MBC’s “The Banker” and “My Daughter, Geum Sa Wol” and writer Lee Ji Min of the films, “The Man Standing Next,” “Forbidden Dream,” and “The Age of Shadows.”

Shinhwa’s Eric takes the role of Jeon Ji Hoon, a secret Interpol agent who’s undercover as a travel photographer. He is the first husband of Kang Ah Reum, played by Yoo In Na. The two divorce but later reunite under less-than-good circumstances. In the new poster, he holds up a gun and poses charismatically next to his tagline, which reads, “Nothing between us was a coincidence. Not even one thing,” hinting at his past relationship with Kang Ah Reum. 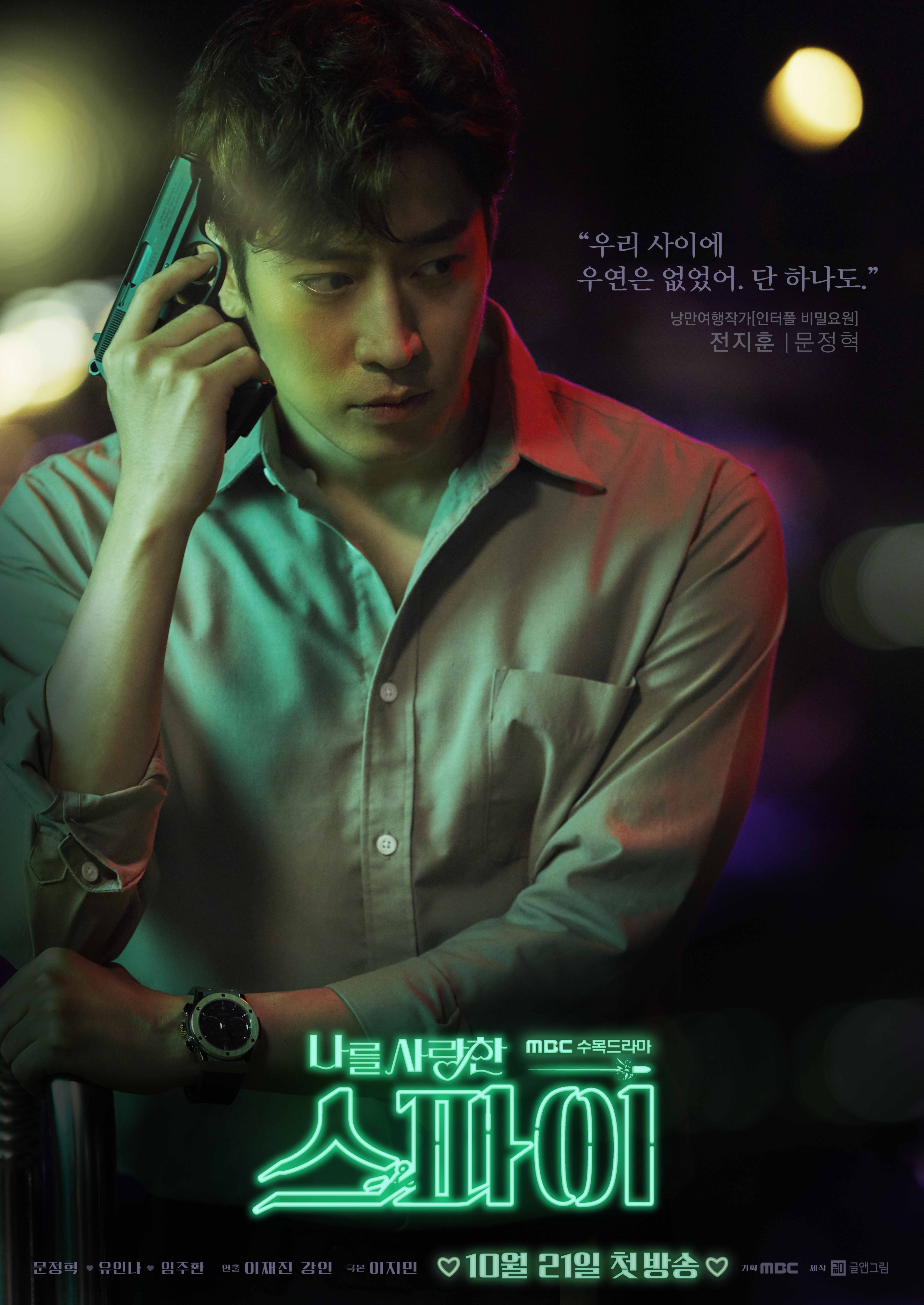 Kang Ah Reum is a wedding dress designer with a unique secret. She gets caught up with her undercover agent ex-husband and her corporate spy current husband Derek Hyun (played by Im Joo Hwan) and ends up getting thrown into a spy war. She wields a long pair of scissors and eyes the camera with a confident expression next to her tagline, which reads, “In the war known as marriage, I will design the most beautiful armor.” 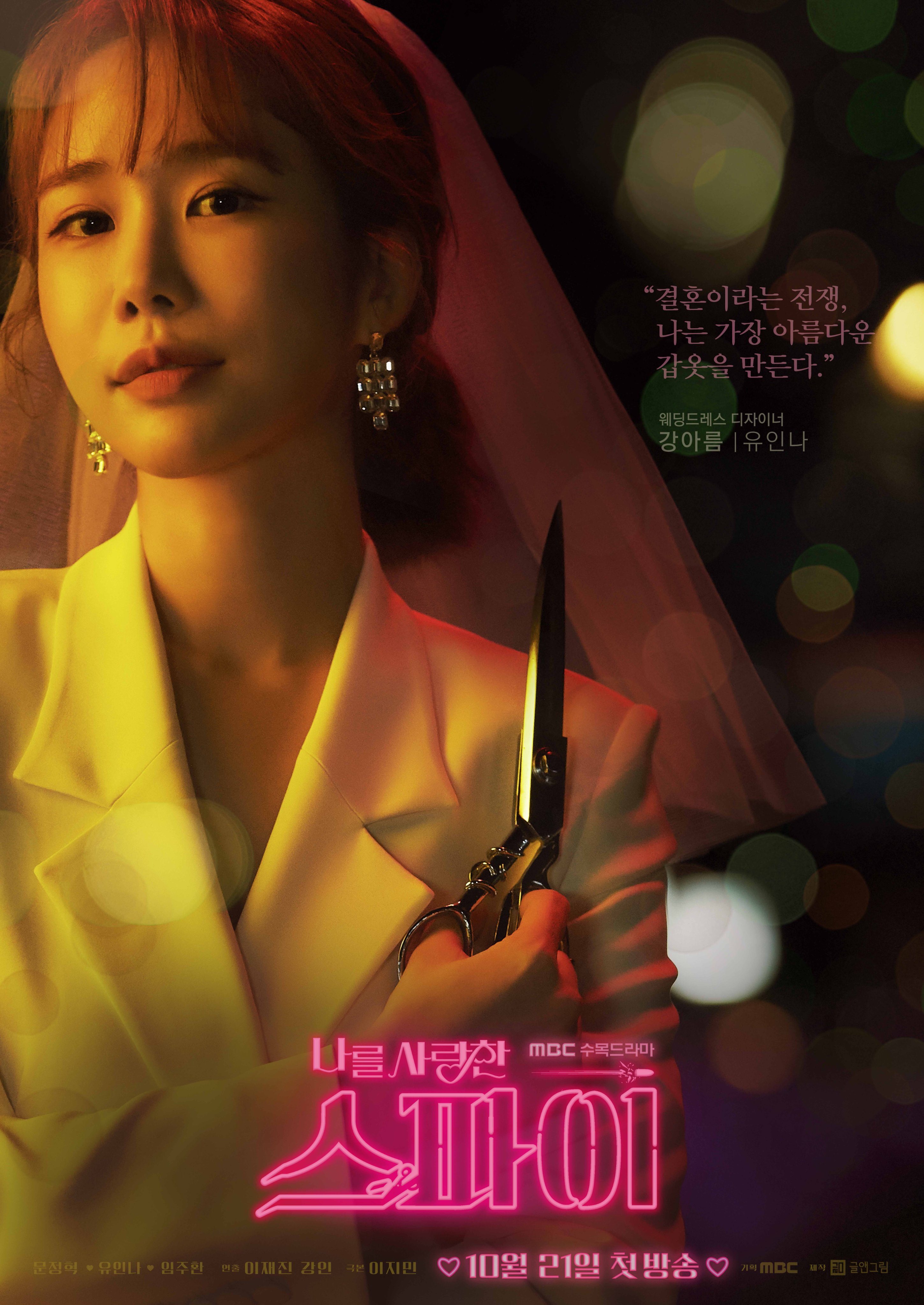 Derek Hyun is a sweet and doting husband to Kang Ah Reum, but when it comes to matters of business, he is cold and calculated and doesn’t hesitate to take any measures necessary. The poster features his cool and composed exterior as he stares at the road in front of him. His tagline reads, “I’m good at acting fooled. So don’t lie to me.” 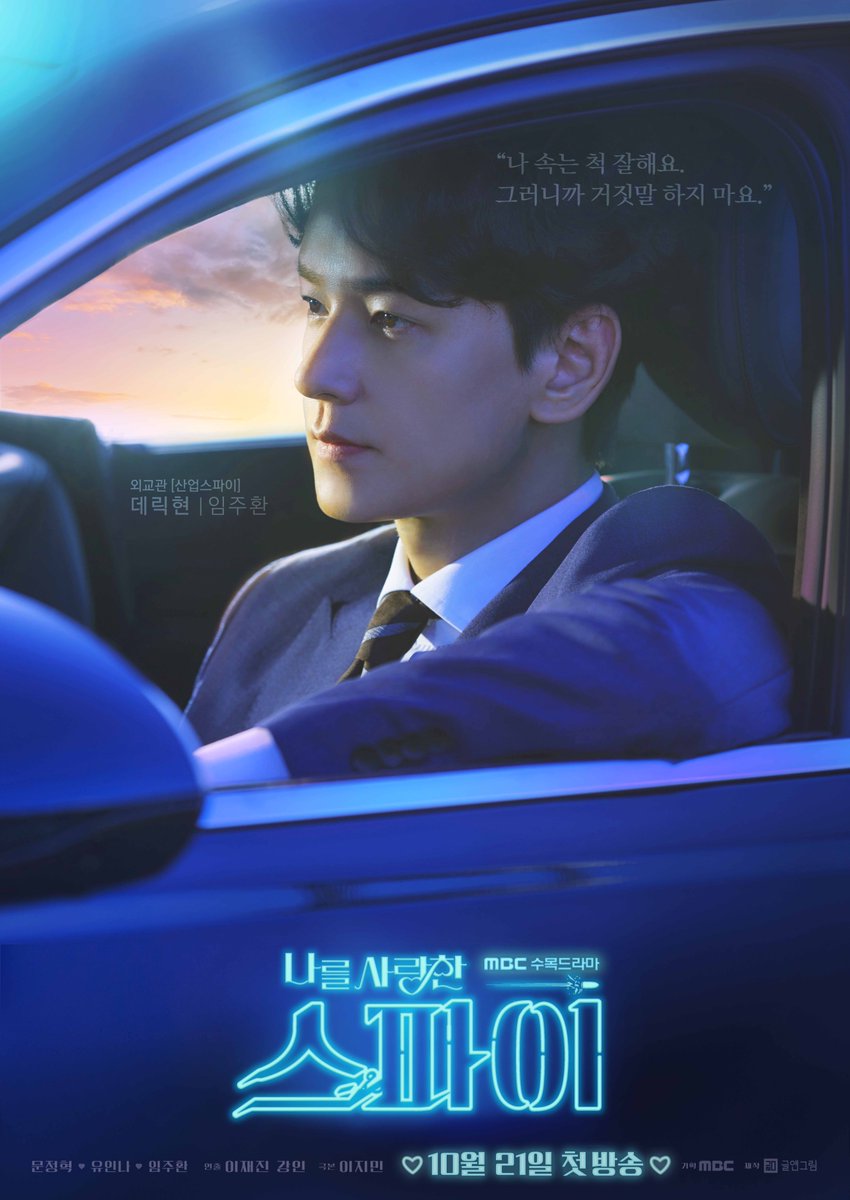 The production team stated, “The unusual subject matter and the interesting combination of characters will come together to create an unpredictable secret romance that is dynamic and enjoyable. You will be able to see the true abilities of ‘romantic comedy master’ Eric, Yoo In Na, and Im Joo Hwan. Look forward to this romantic spy drama that is different from the rest.”

“The Spy Who Loved Me” premieres on October 21.

Eric
Im Joo Hwan
Yoo In Na
How does this article make you feel?