EXO’s Kai reunited with Esquire Korea for a pictorial and interview for the magazine’s October issue!

Esquire asked the idol to look back on the four years since his last interview with the magazine. “It’s already been four years?” he replied. “What have I done in the past four years… I think a lot’s happened. I’ve promoted with EXO, and the new group SuperM was also created. I’m also working on my solo album. Since it’s been a long time, a lot’s happened and I’ve done a lot, but I think my feelings are the same as they were four years ago. Since I had fun then too.” 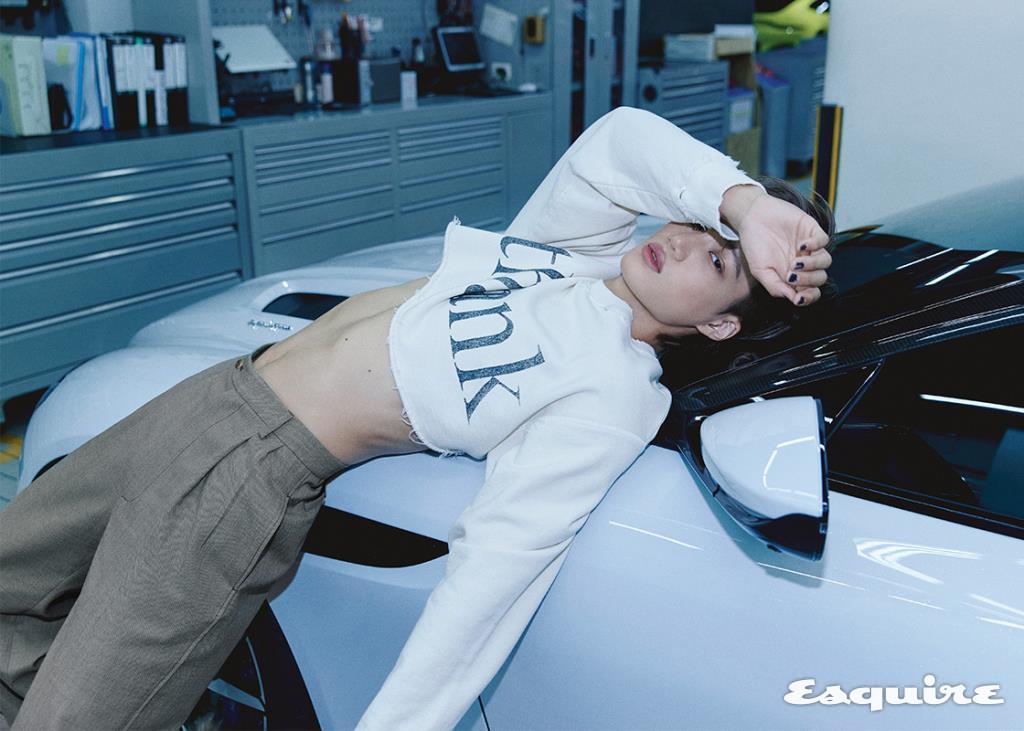 On the topic of his fashion philosophy, Kai said, “I think fashion is a way for a person to show their personality or thoughts. You can tell what kind of person someone is by their car or interior design too, but I look at clothes as being the easiest way to show who you are to a lot of people. It’s intuitive, you know. I think fashion is the simplest and greatest tool for showing who you are.” 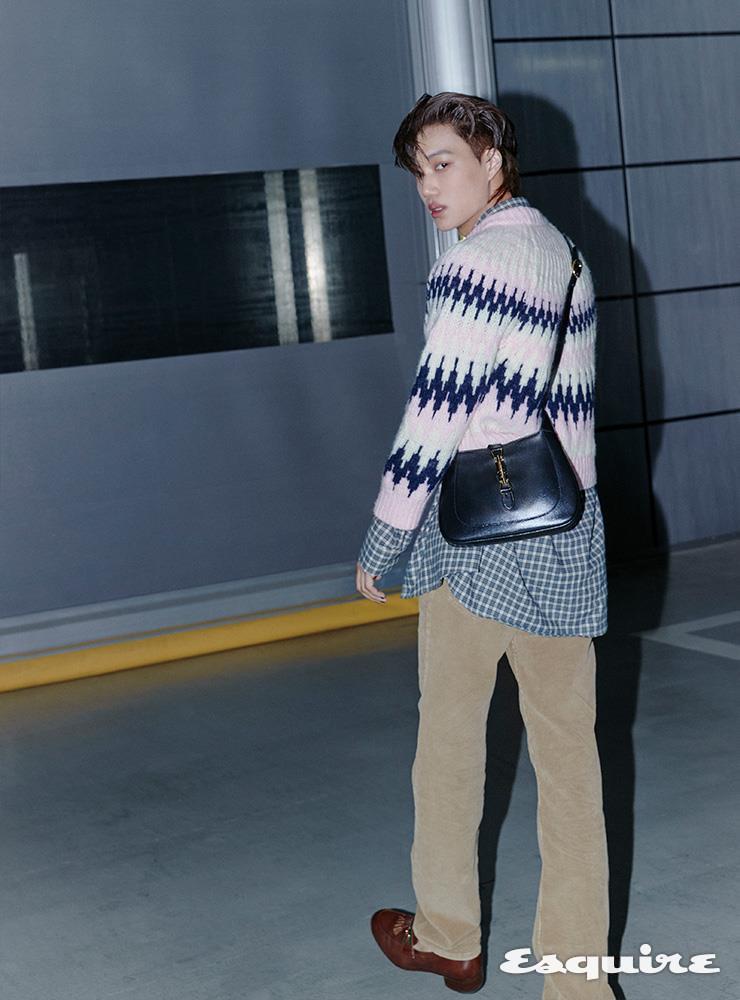 Esquire brought up how fans gave him the nickname “master of center” after he’s been in the center position in most EXO performances. Kai replied, “Ah, rather than being a ‘master of center,’ I think I’ve probably ended up mainly standing in the center because I’m the main dancer. I think they see it like that because I stand out a bit more since I’m in the center.” He promised to work hard at the position if he continues to be given it in the future.

Kai was asked if it can be a lot of pressure to be in the center, considering he has to take the position even if he’s not feeling well. He replied, “It would be a lie to say that I don’t feel pressure. There are some songs where it’s hard to keep up my stamina, and there are parts where I have to put on a strong performance to make it easier for the other members. However, the fact that we’re a group means that we all have our own roles to play. My role is to make it a bit easier for the other members when I’m in the center and to make the members look cool when I’m not in the center. There are times when it’s difficult, but the members make up for what I’m not good at. I think EXO is a group that’s really good at making up for what each other lacks.” 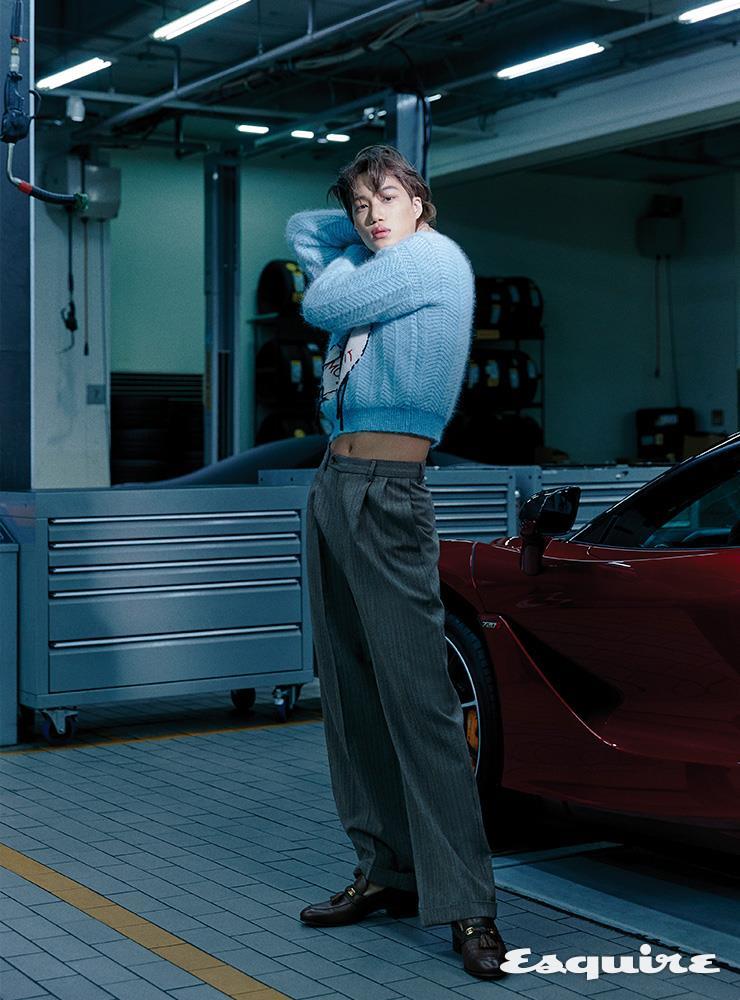 Esquire pointed out that Kai’s fans have create a lot of nicknames for him, and he was asked to share his favorite nickname. “My favorite one is ‘Bear,'” he replied. “They call me that because I’m like a bear, and it’s my favorite one. They also seem to like it a lot too.”

He laughed as he shared that he recently got a new nickname, which is “Panty Oppa” (“oppa” is a title used by women towards older brothers or male friends).

“It first I didn’t really like the nickname ‘panty oppa,’ but many people think of it in a friendly way,” he said. “Now I think it’s fun and I like it.” 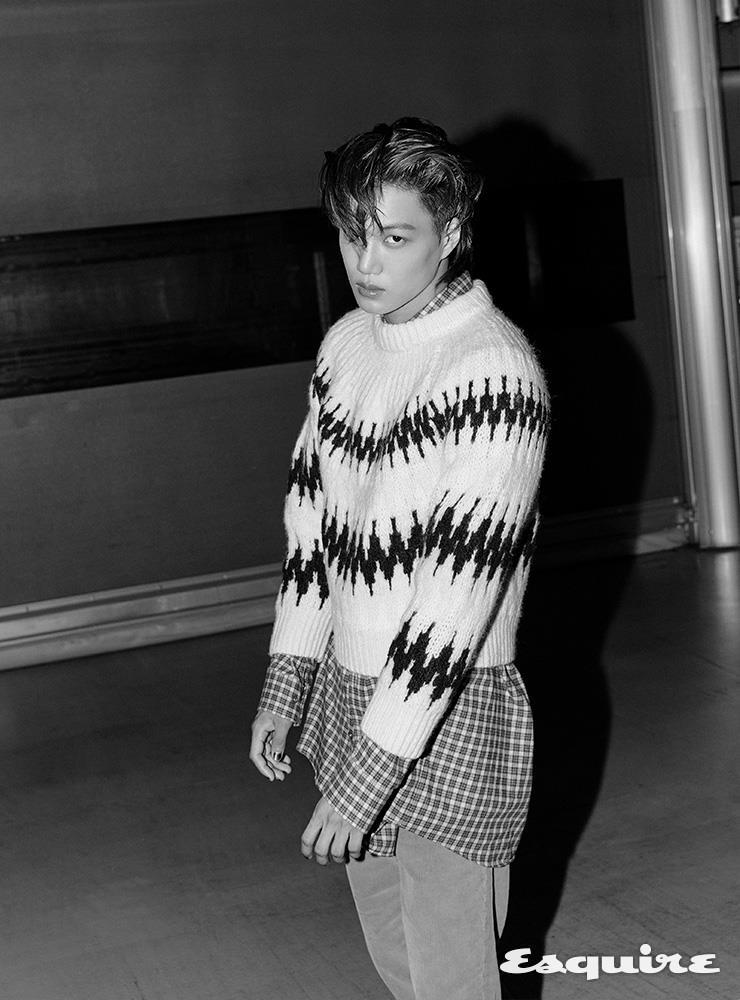 The clip itself has surpassed 20 million views, and Kai was asked if he expected at the time that it would become such a big topic of conversation.

He answered that he’d had no clue and had just thought it was a funny situation. “That kind of topic is definitely funny,” he continued. “I also laughed a lot when I was watching, and my mother liked it a lot too. To be honest, when I’m with my old friends they say that I’m the funniest, and I think people learned that side of me thanks to that video.”

Kai went on to say that he’d been worried after the video went viral, as he was concerned about gaining attention for that kind of thing. “Someone who doesn’t know me might learn about Kai as ‘Panty Oppa‘ and then think my dancing looks funny when they watch a video of me performing,” he said. “I just thought it was a funny situation when we were filming, but after that, more people than I’d expected started calling me ‘Panty Oppa.’ Someone I met for the first time even suddenly said to me, ‘You’ve done well because of ‘panties.’ To be honest, it was really stressful.”

“However, people who learned about me through ‘Panty Oppa‘ actually searched out my performance videos to watch,” he said. “There are some comments on the videos like ‘This person was ‘Panty Oppa‘?’ and ‘He’s really good at dancing, it’s the complete opposite of his ‘Panty Oppa‘ image.'” He shared that people have therefore been able to see the big difference between himself on and off-stage, and so he’s now more relaxed and positive about it. 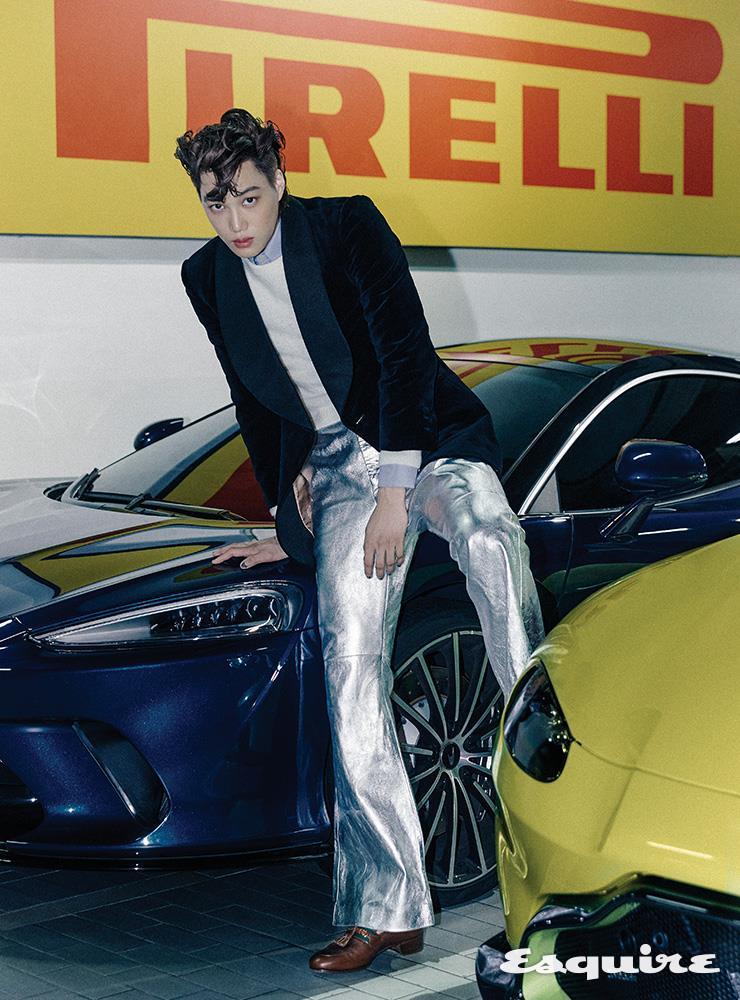 Esquire mentioned that his plans to make a solo debut were first shared in 2018, and an official announcement about it was made recently. When asked when he plans to begin promotions, Kai said, “There’s a lot that I’m preparing so to be honest, I needed some preparation time. I’m planning to show it soon, so please wait just a bit more.”

Kai and SHINee’s Taemin are well known as best friends, and they recently both began promoting together in the SM Entertainment group SuperM. Esquire asked Kai to share if there are any differences between now and when they were promoting in different groups.

“When I was a trainee, Taemin and I were the only trainees our age,” he said. “We naturally became close because we both loved dancing, and after our debut we didn’t have the chance to meet through work. We’d see each other at our agency but since we’ve been friends since we were trainees, we didn’t talk much about work. But now that we’re promoting together, we talk a lot about work. Now I’ve learned so much that I didn’t know about Taemin. Even though I’ve known him for over 10 years, there was a lot that I didn’t know about him. Taemin also said that he’s learned things about me that he didn’t know.”

Kai’s full interview and pictorial can be found in the October issue of Esquire Korea. 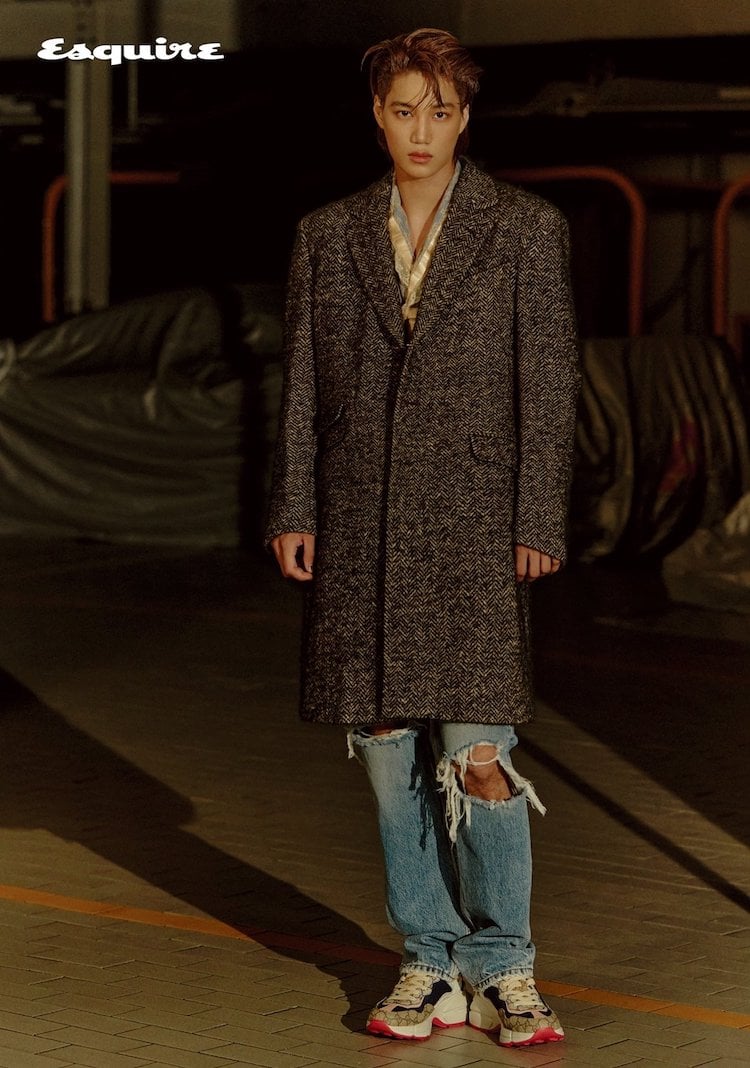 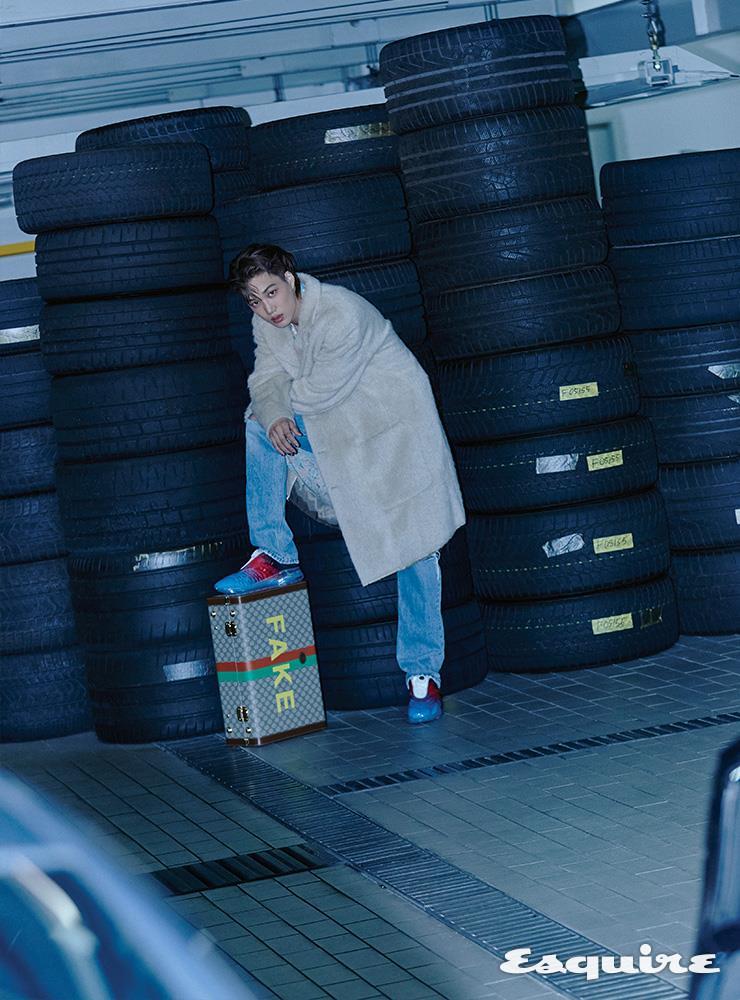 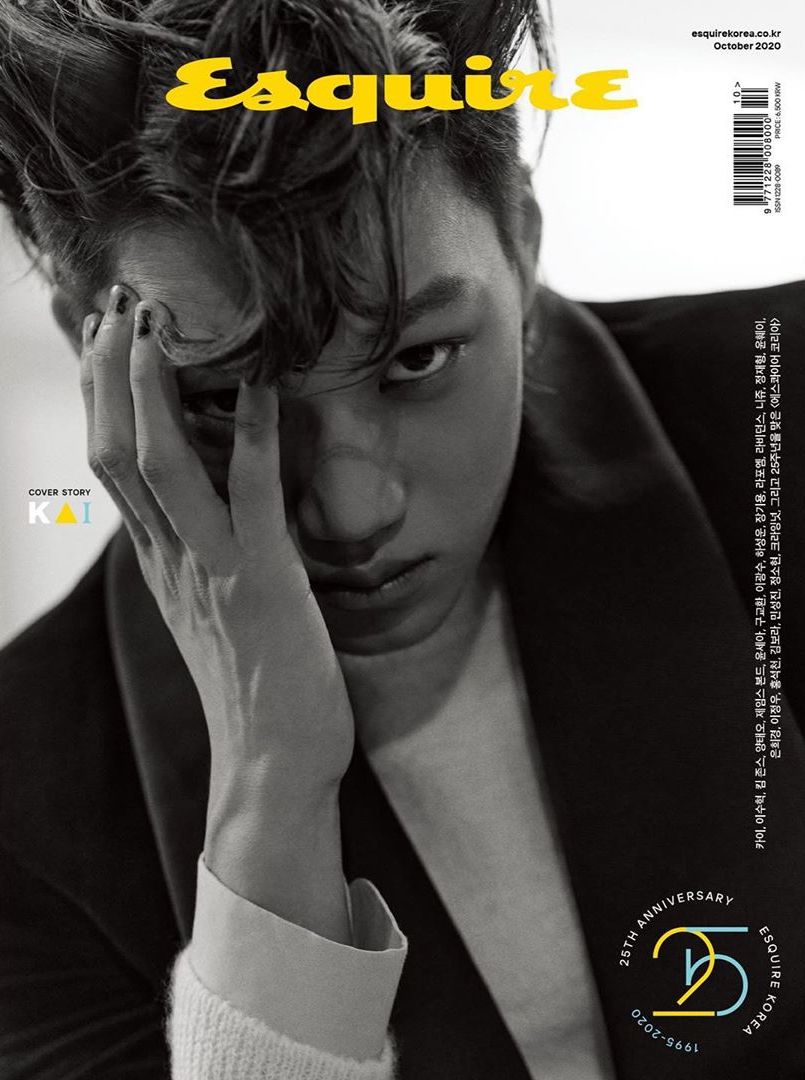 EXO
SHINee
Esquire Korea
Kai
Taemin
How does this article make you feel?