“Zombie Detective” is a comedy about a zombie in his second year of resurrection who becomes a detective and desperately searches for truth about his past. Choi Jin Hyuk will be starring as Kim Moo Young, the titular zombie detective who struggles to adapt to his new life and coexist with humans. Park Ju Hyun will take on the role of Gong Seon Ji, a writer of an investigative journalism program with unrivaled optimism, tenacity, and a sense of justice.

In the first episode, Kim Moo Young awoke as a zombie at a medical waste landfill. He coincidentally ran into Gong Seon Ji and became shocked by his instinctive hunger for meat. He was able to resist taking a bite of her though, and instead, he decided to patiently wait until he could eat beef tripe hot pot.

In the next episode, Kim Moo Young will discover a new restaurant that sells beef tripe hot pot. The newest stills show the zombie glancing hungrily towards the food. Carefully, he approaches the sign and vigilantly waits for a chance to get a meal. Perhaps it’s his desperation for beef tripe hot pot, but he mixes into a group of part-time workers dressed up as zombies and dances along with them. 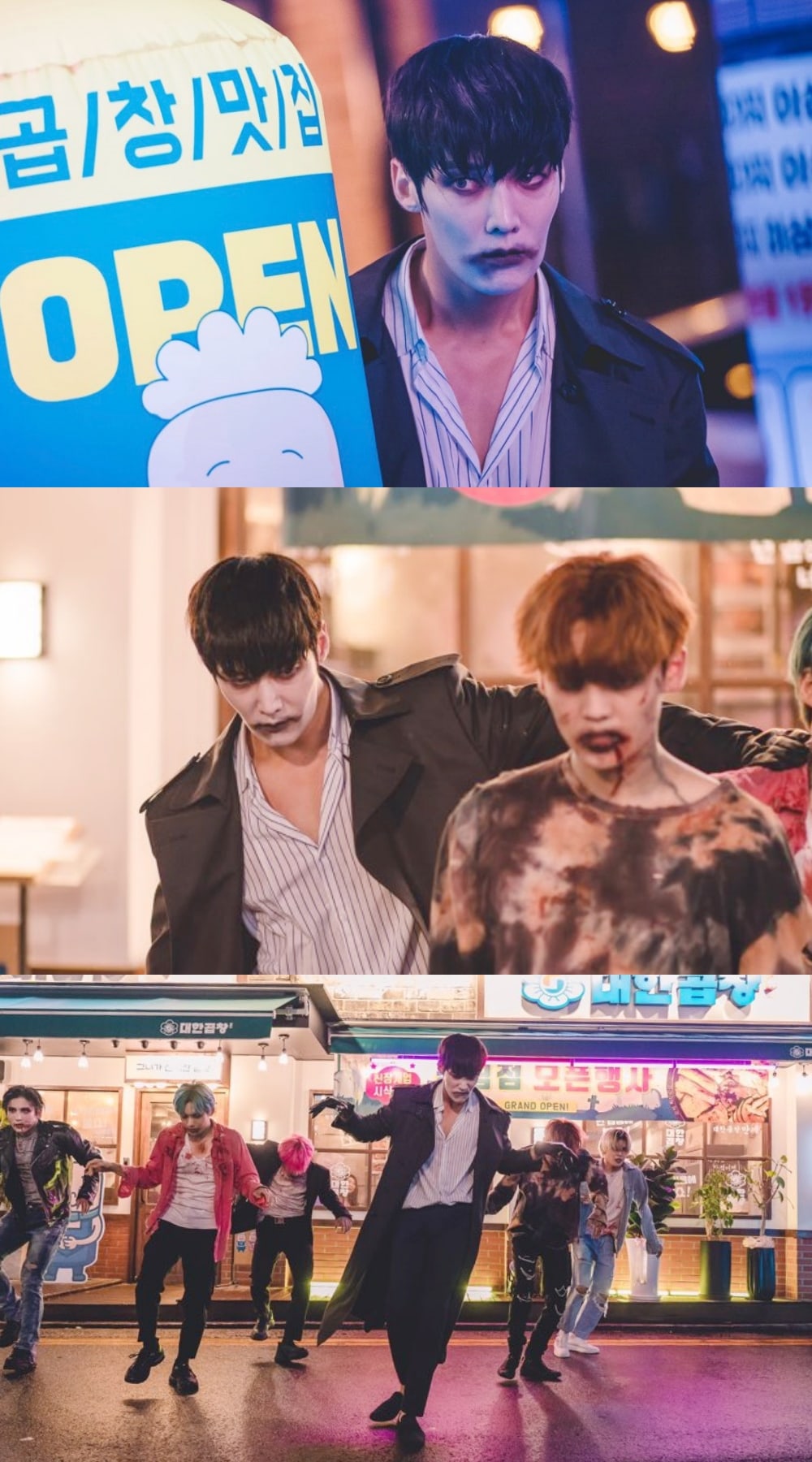 You can catch this musical-like scene in the next episode of “Zombie Detective,” which will air on September 22 at 9:30 p.m. KST.