On September 22, the drama revealed posters that share the reasons why each of the characters are in the startup business and reveal some more details about them.

Suzy smiles confidently as Seo Dal Mi in her poster, which says that she works in startups in order to “turn the tables.” Her keyword hashtags read, “My dream is to be a CEO,” “Resourceful,” “Competitive,” “Rich in experience,” and “Except for in dating.” Her poster includes a book titled “100 Questions and Answers about Moving to Sandbox” as well as letter envelopes that hint at how she’s still waiting for her first love. 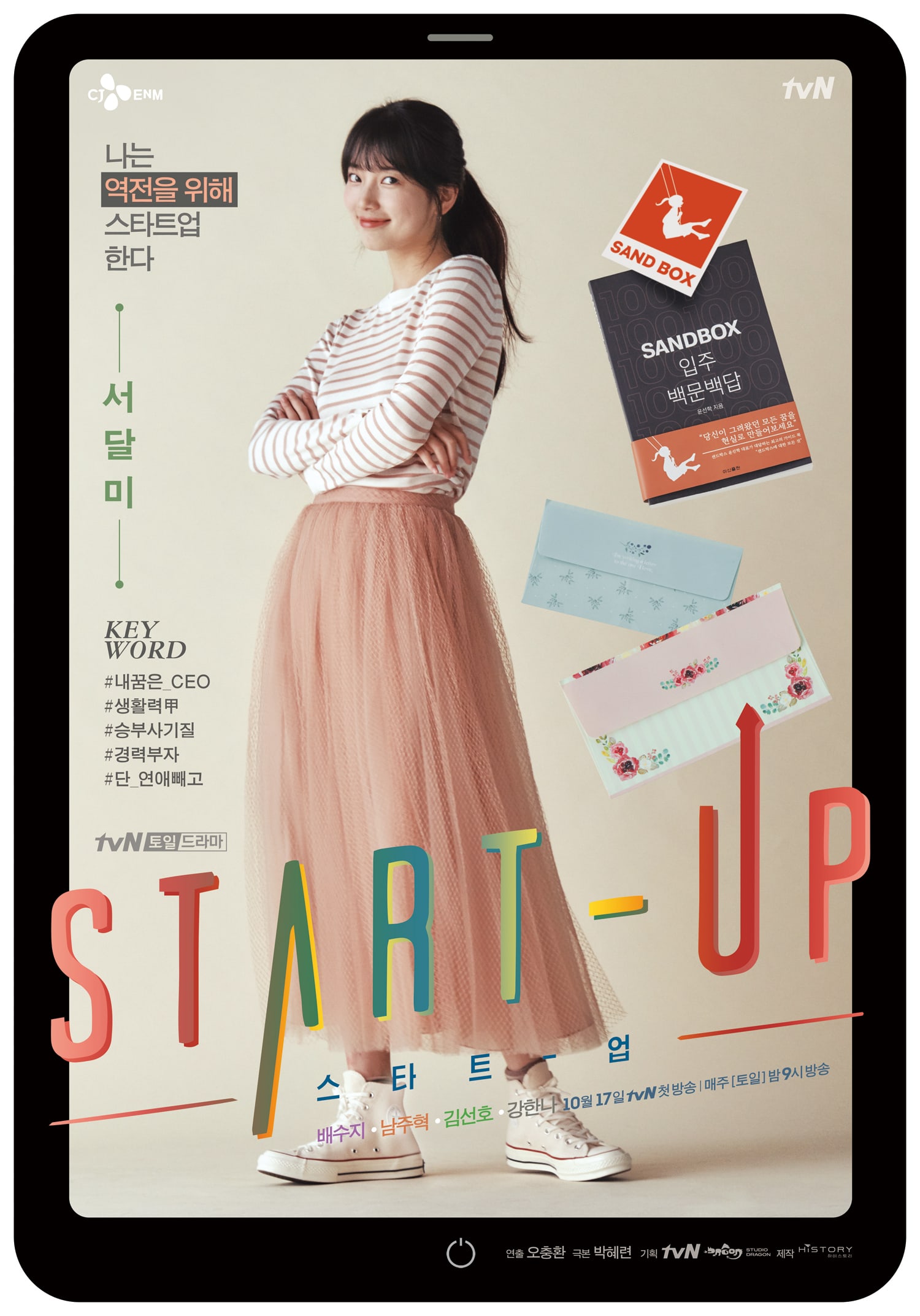 Nam Joo Hyuk’s character Nam Do San is described as working in startups so he can shine again. His keyword hashtags say, “Used to be a math genius,” “Left-brained,” “Engineering student nerd,” and “His hobby is knitting.” His poster features a baseball, knitting project, and an old-school business card with his Samsan Tech company name on it and the text, “On standby 24/7.” 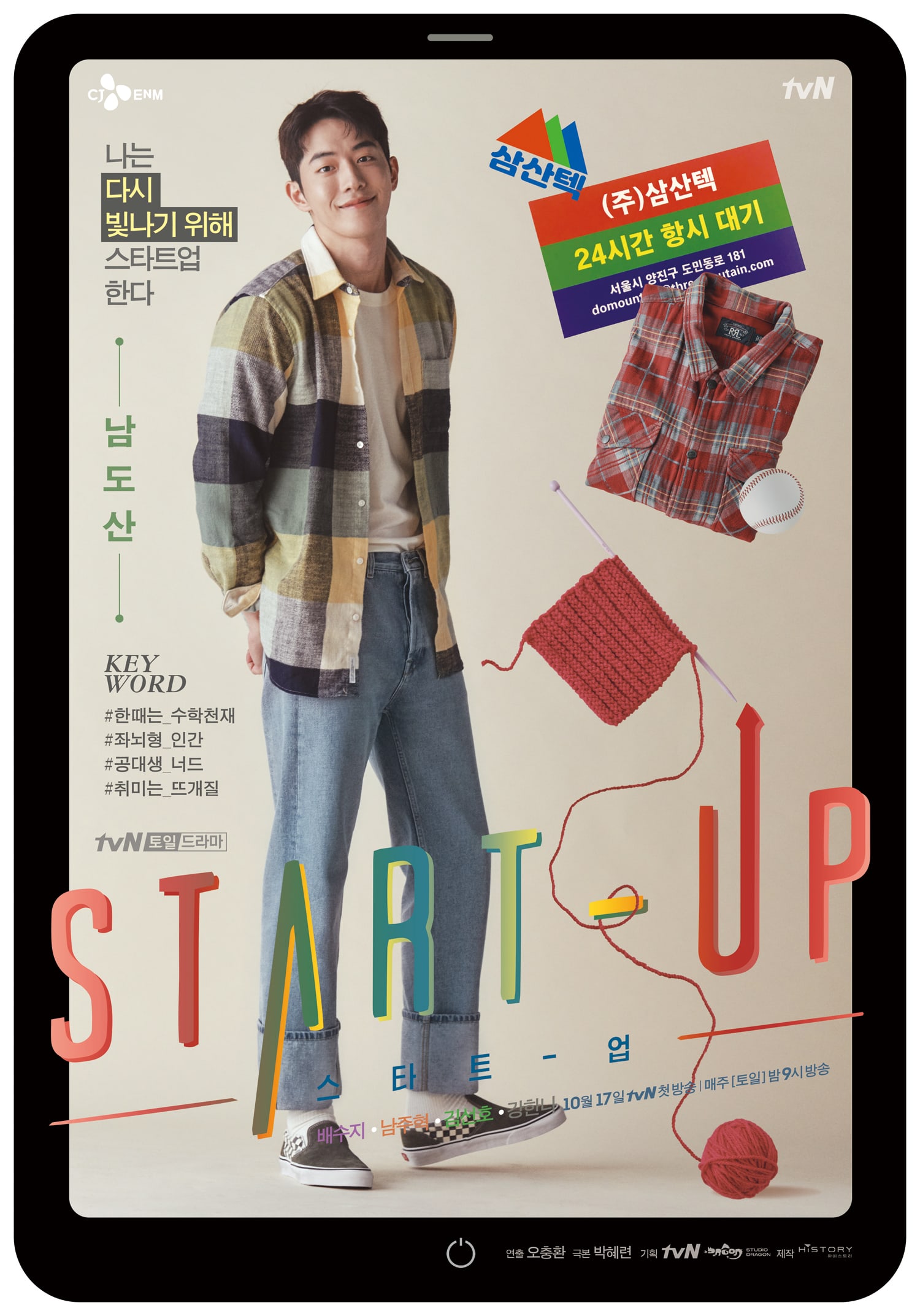 Kim Seon Ho appears in his poster as Han Ji Pyung, who’s working in startups so he can pay back his debt. His hashtags say, “Young and rich,” “Struggling after getting into debt,” “The Gordon Ramsay of the investment world,” and “But mild.” The show’s got drama fans guessing why his poster also includes Korean-style hot dogs. 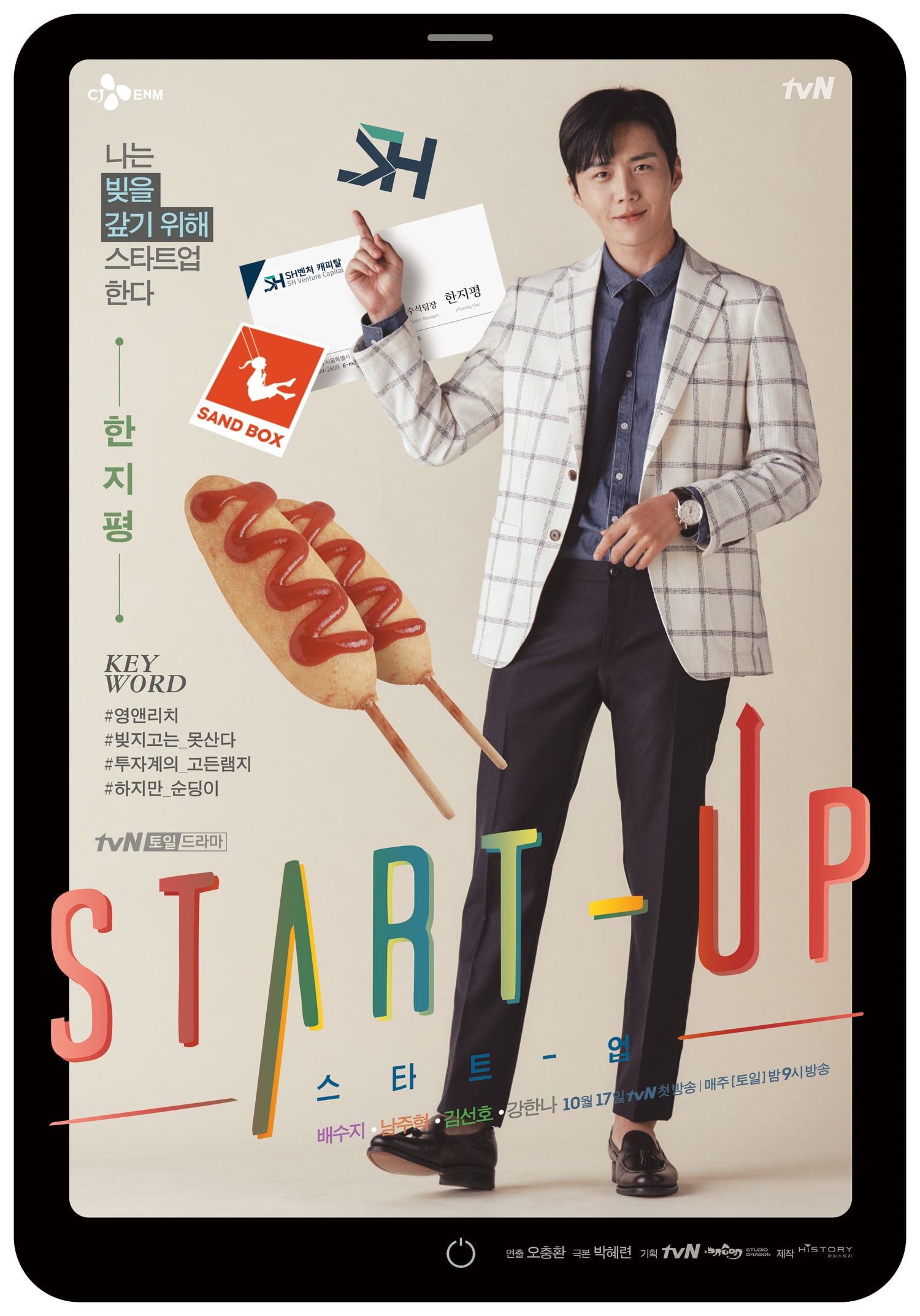 Kang Han Na appears in her poster as Won In Jae, with a business card showing her CEO status as well as a gold spoon (a symbol for the wealthy) that’s been broken in half. The poster says she’s in startups because she “doesn’t want to become a dog,” seemingly referring to how she wants to not be subservient to someone else. The hashtags say, “Elite,” “A woman who’s got it all,” “Won In Jae, not Seo In Jae,” and “In reality, a gold spoon only in design.” Overall, her poster hints at a secret she’s hiding. 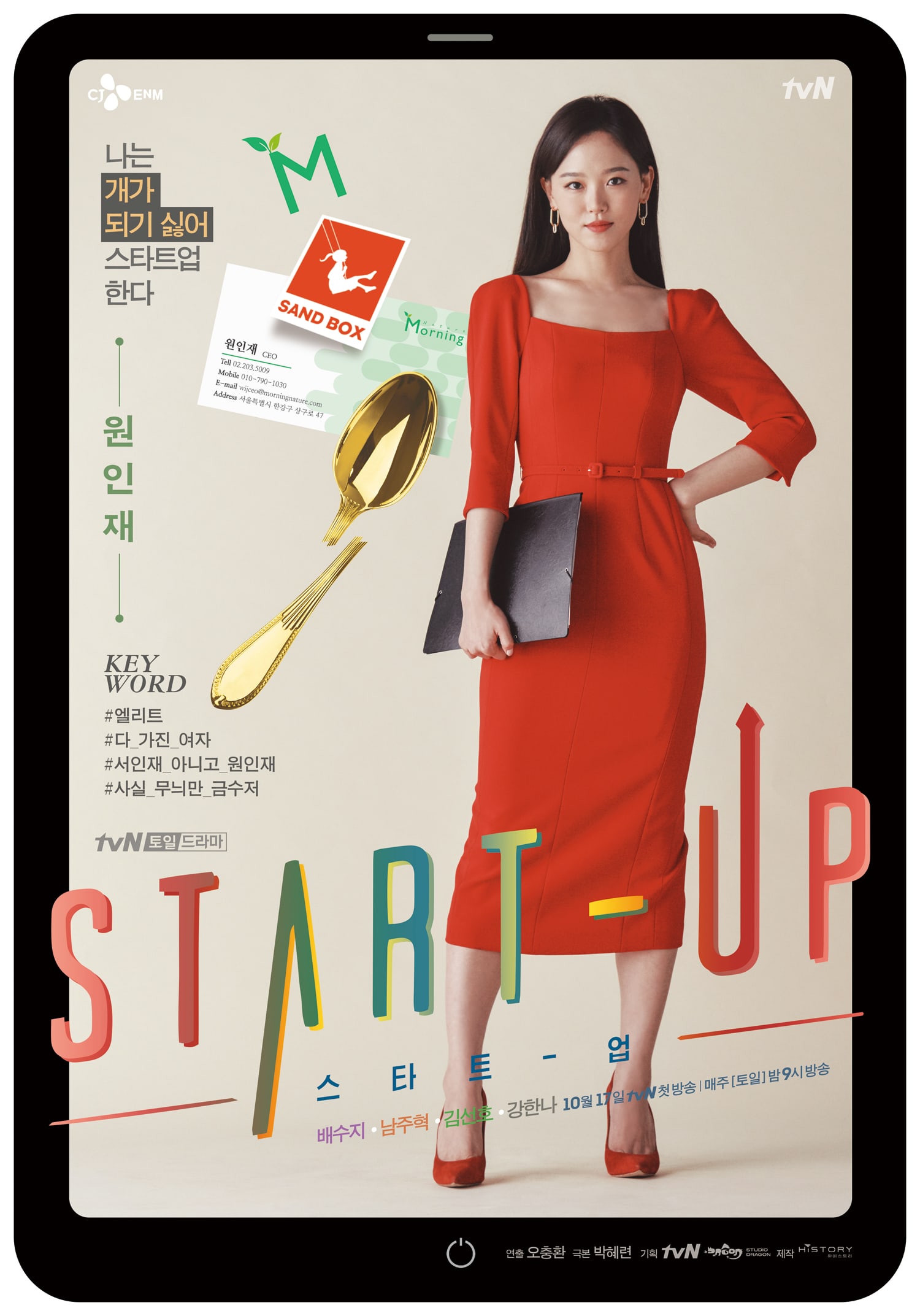 And check out Nam Joo Hyuk in “Radiant” here!