With only one episode left to go, tvN has released wedding photos of Lee Joon Gi’s and Moon Chae Won’s characters in “Flower of Evil”!

Just like any couple who are soon to be married, Do Hyun Soo and Cha Ji Won are having their wedding pictures taken. In the stills, the two look at each other endearingly and appear perfectly happy. 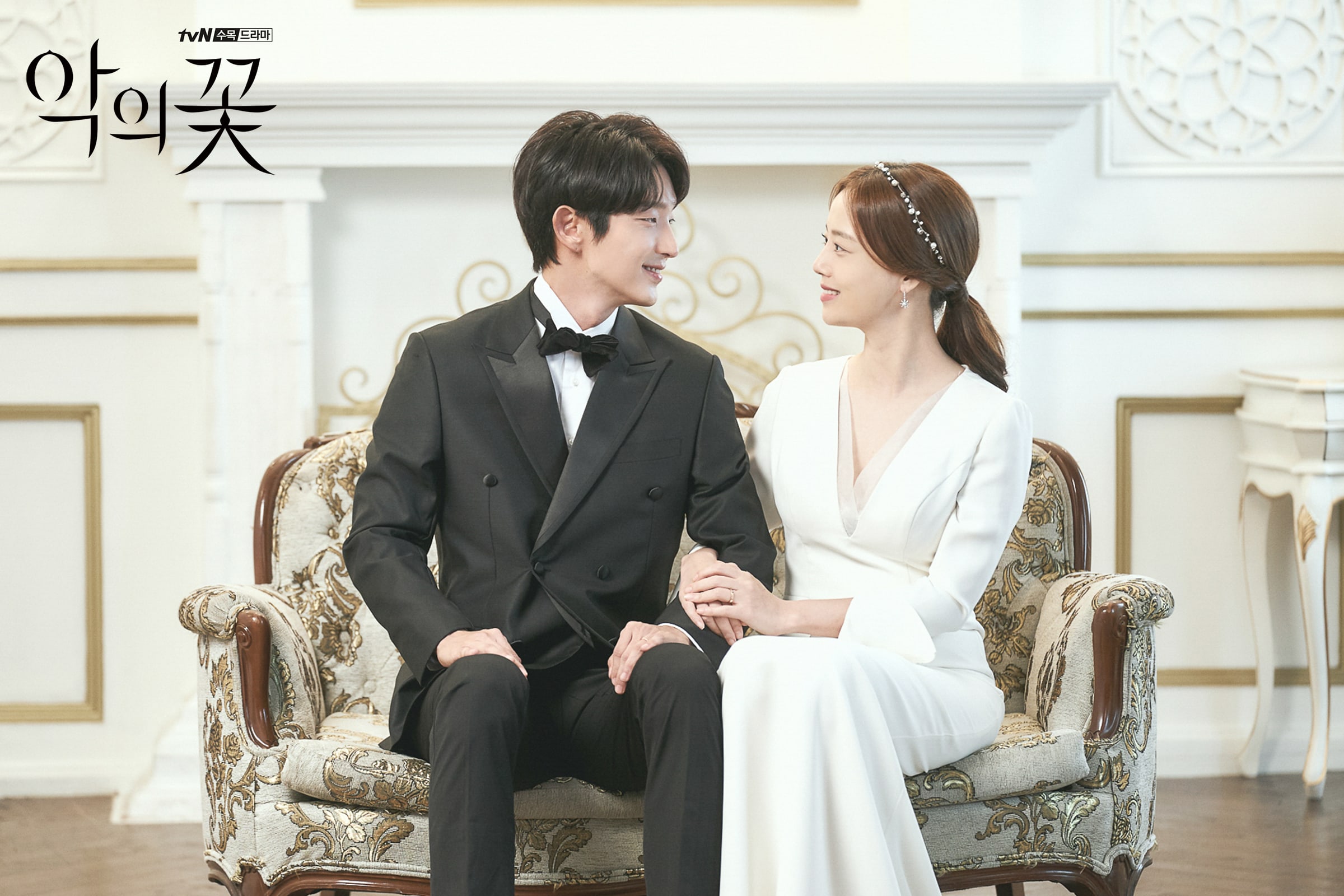 Do Hyun Soo heightens the romance when he gets down on one knee and hands a bouquet of flowers to Cha Ji Won. The couple’s lovely past and their obliviousness about what’s to come is making fans emotional. 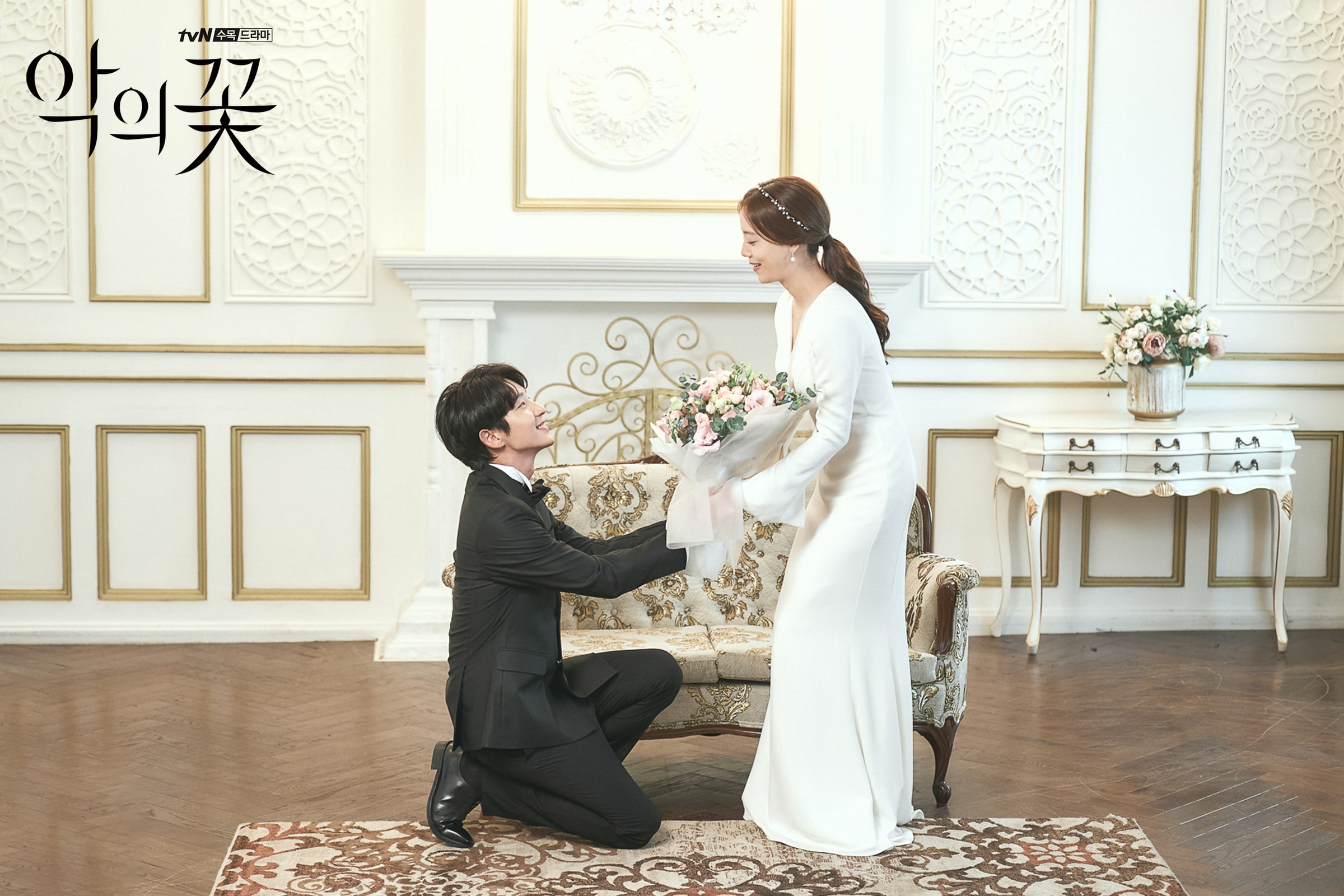 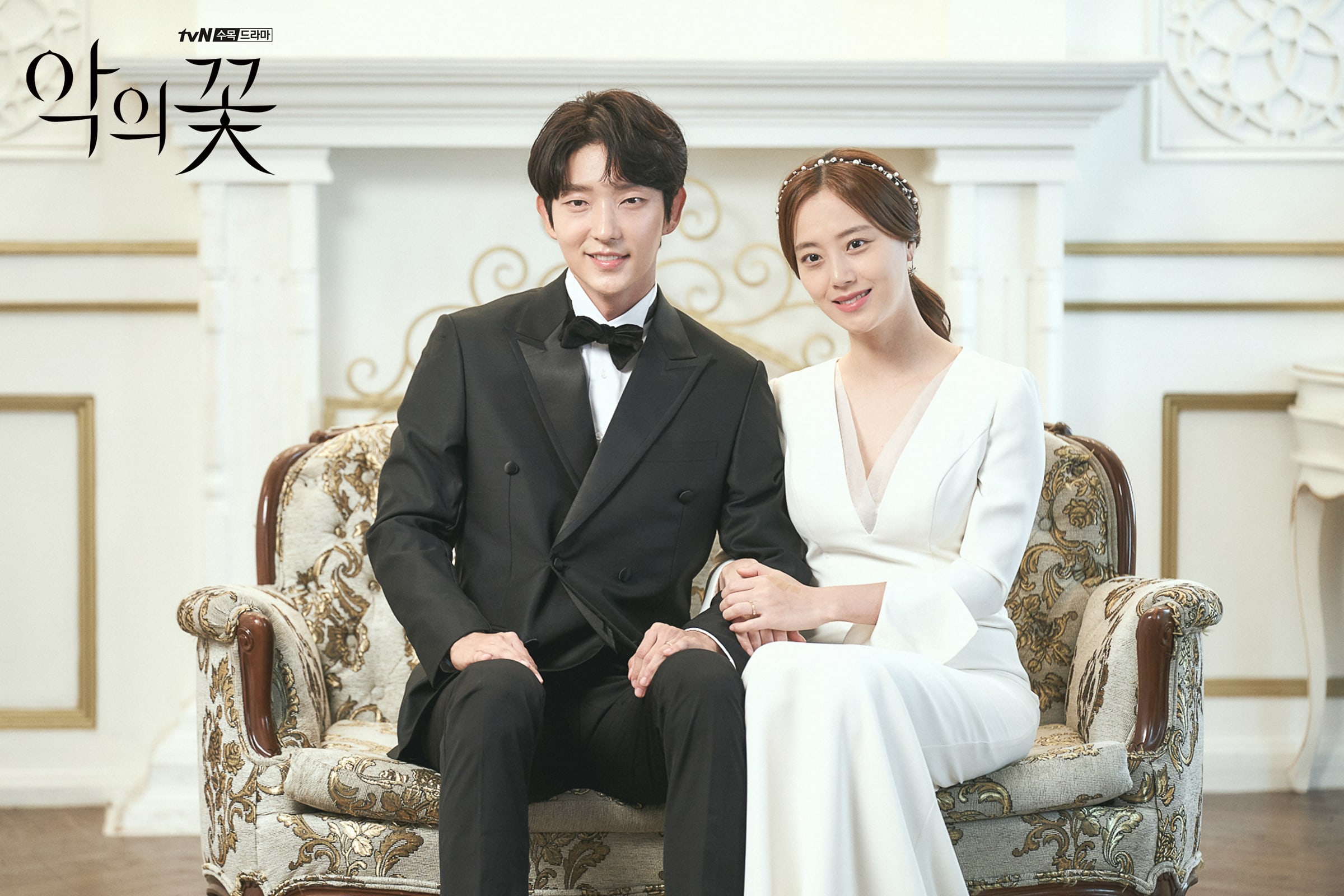 In the previous episodes, Do Hyun Soo faced off against Baek Hee Sung (Kim Ji Hoon) in a final battle, and Do Hyun Soo couldn’t believe it when he saw Cha Ji Won in front of him, thinking she was dead. As Do Hyun Soo made his way to his wife when she called out to him, Do Hyun Soo fell to the ground after Baek Hee Sung shot at them.

Viewers are looking forward to see what will become of Do Hyun Soo and Cha Ji Won and how their problems will finally be resolved in the finale.