The final lineup has been confirmed for KCON:TACT Season 2! 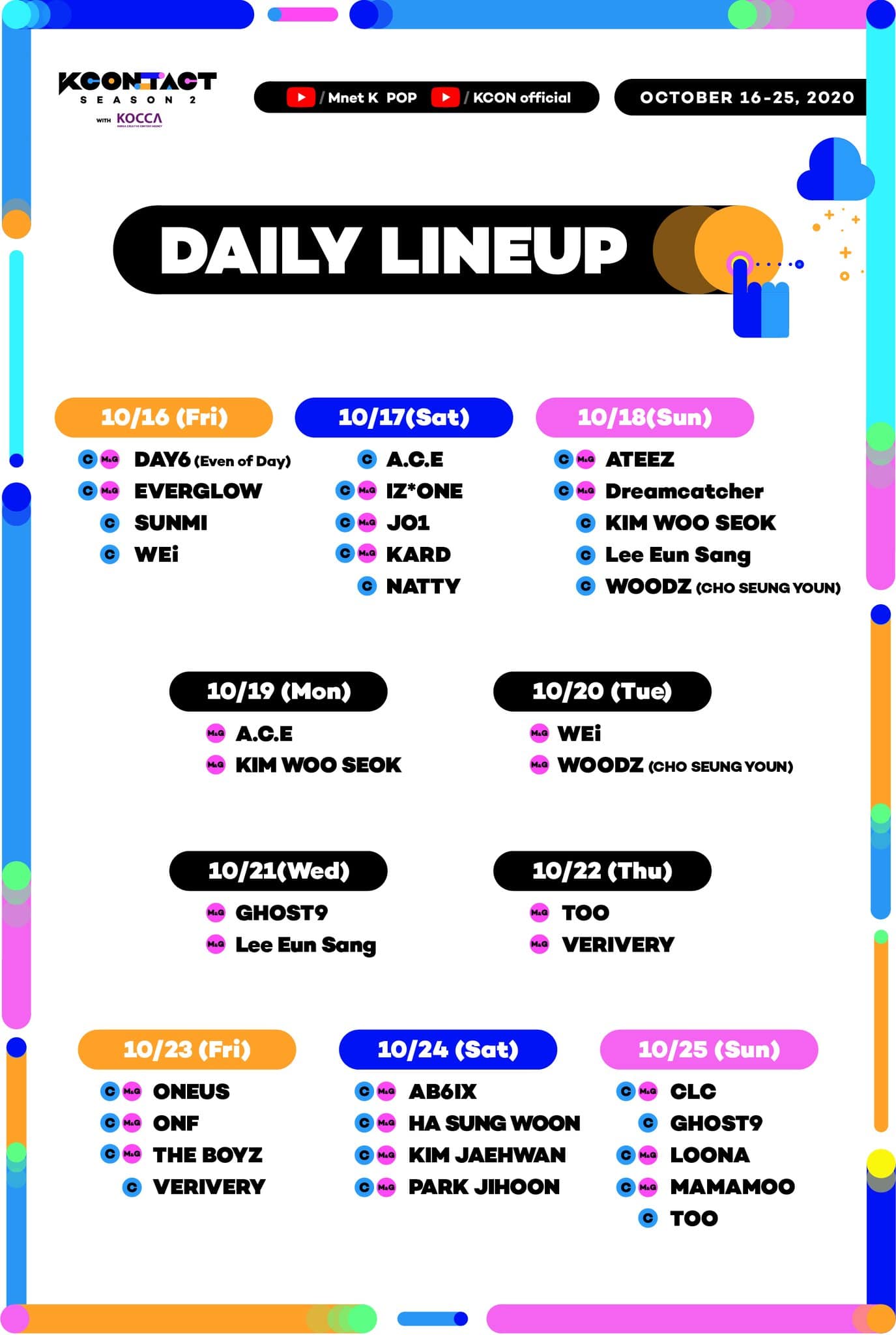 ATEEZ, CLC, DreamCatcher, DAY6 (Even of Day), GHOST9, Kim Jae Hwan, Natty, ONEUS, TOO, and VERIVERY have been added to the event.

KCON:TACT Season 2 will take place from October 16 to 25.

The next lineup has been released for KCON:TACT Season 2!

Earlier this month, CJ ENM and KOCCA confirmed that another season of KCON:TACT 2020 would be held from October 16 to 25. The first KCON:TACT 2020 was held in June. KCON:TACT 2020 is an online version of the K-pop convention that runs in various cities throughout the year. The convention moved online this year due to the ongoing COVID-19 pandemic.

On September 23 KST, KCON announced via Twitter that Park Ji Hoon, MAMAMOO, KARD, Ha Sung Woon, LOONA, Sunmi, and AB6IX are part of the first lineup of performers for the event.

Are you excited about the lineup thus far? Stay tuned for more updates!