tvN shared a glimpse of the final episode of “Flower of Evil”!

In the new stills, Do Hyun Soo is sitting in the witness stand. His expression is stiff with nervousness, but he seems determined to reveal the truth. Do Hyun Soo was originally a suspect in the murder of a village foreman 18 years ago, and he was accused of being an accomplice in his father’s serial murder case. So viewers are wondering why he’s sitting in the witness stand instead of the defendant’s seat. 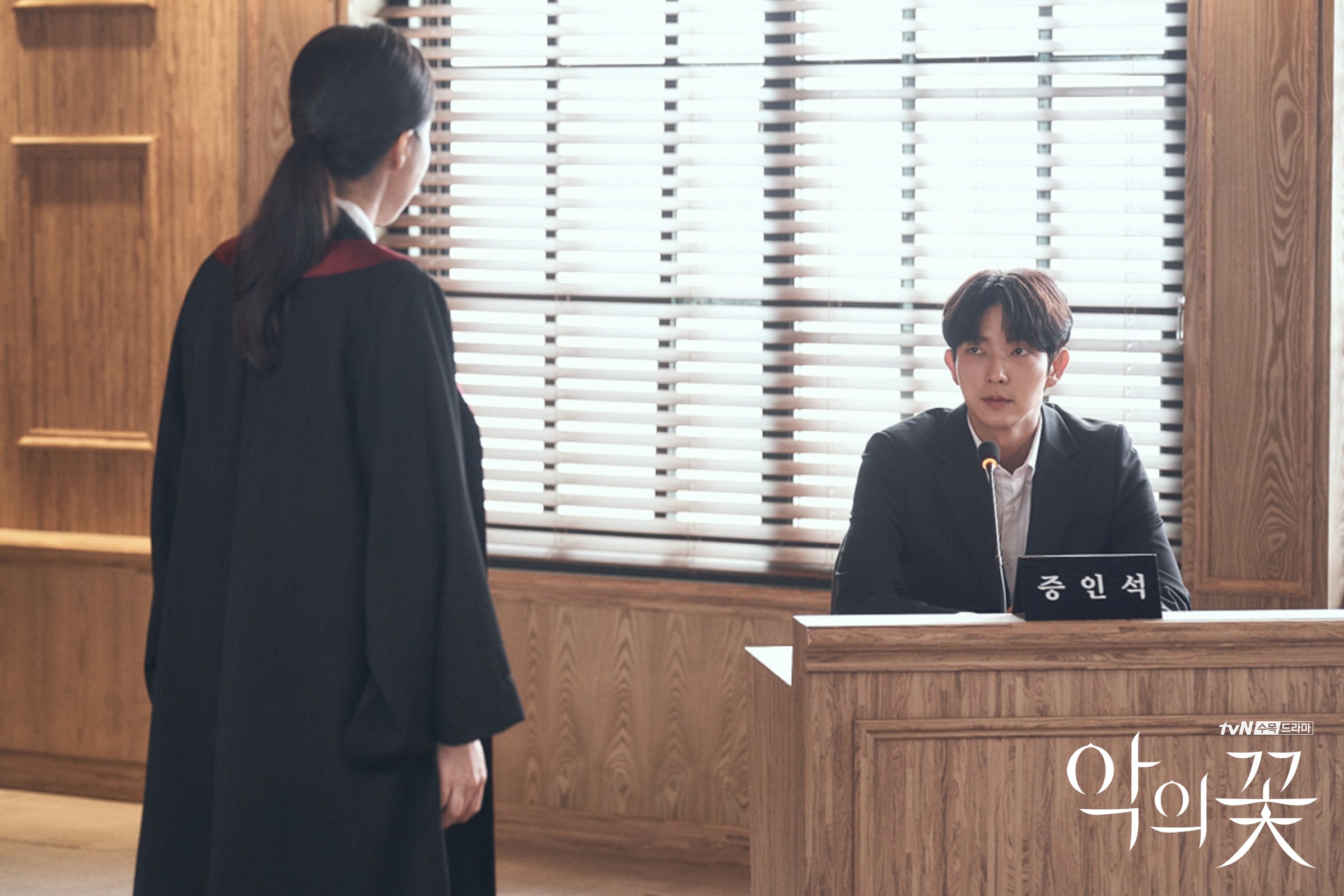 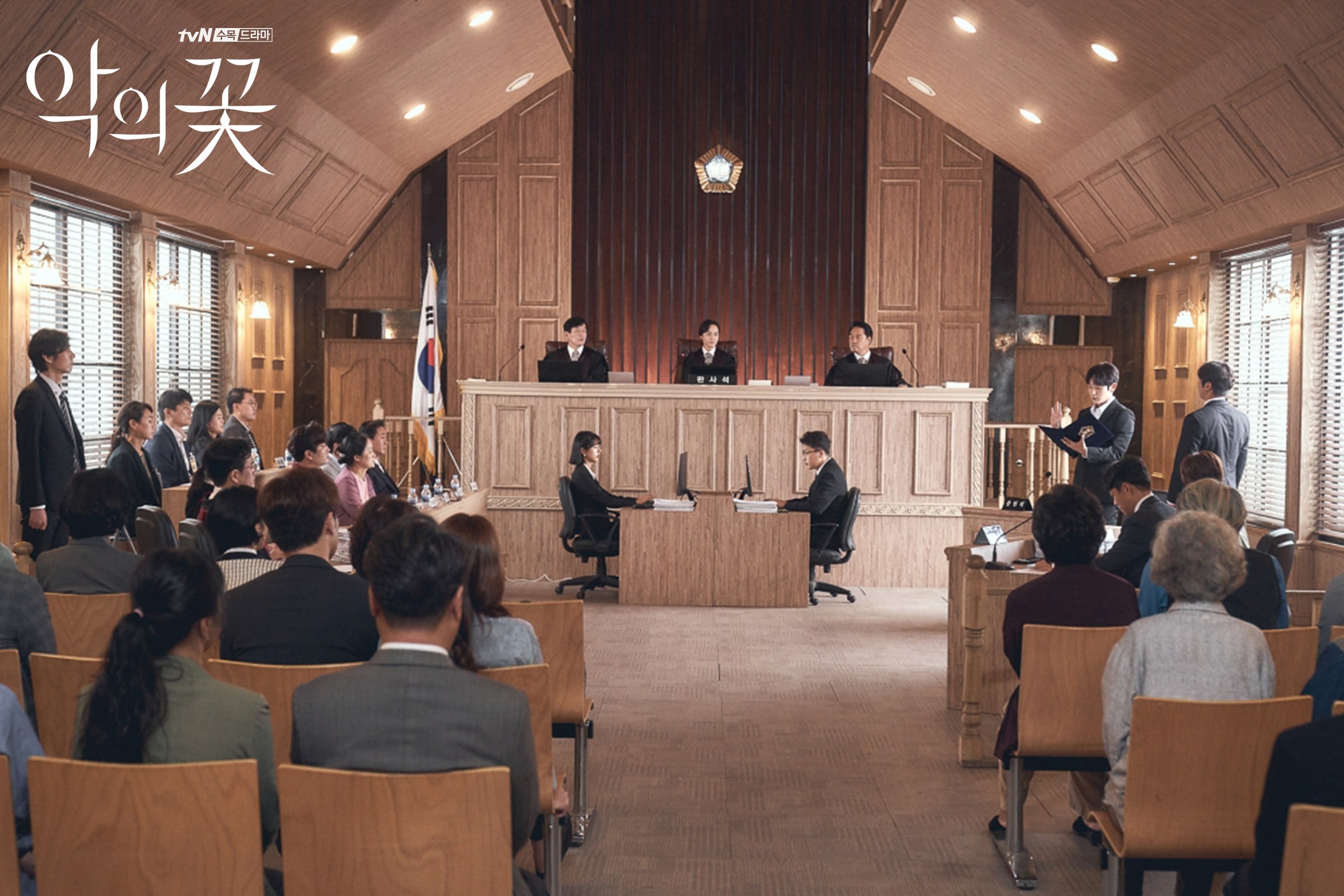 One of the key points in this scene is the existence of a jury, which indicates that ordinary people are participating in this trial to deem someone as guilty or innocent. Cha Ji Won and Kim Moo Jin (Seo Hyun Woo) are also watching the proceeding with apprehensive eyes, and Cha Ji Won especially can’t take her eyes off of Do Hyun Soo. 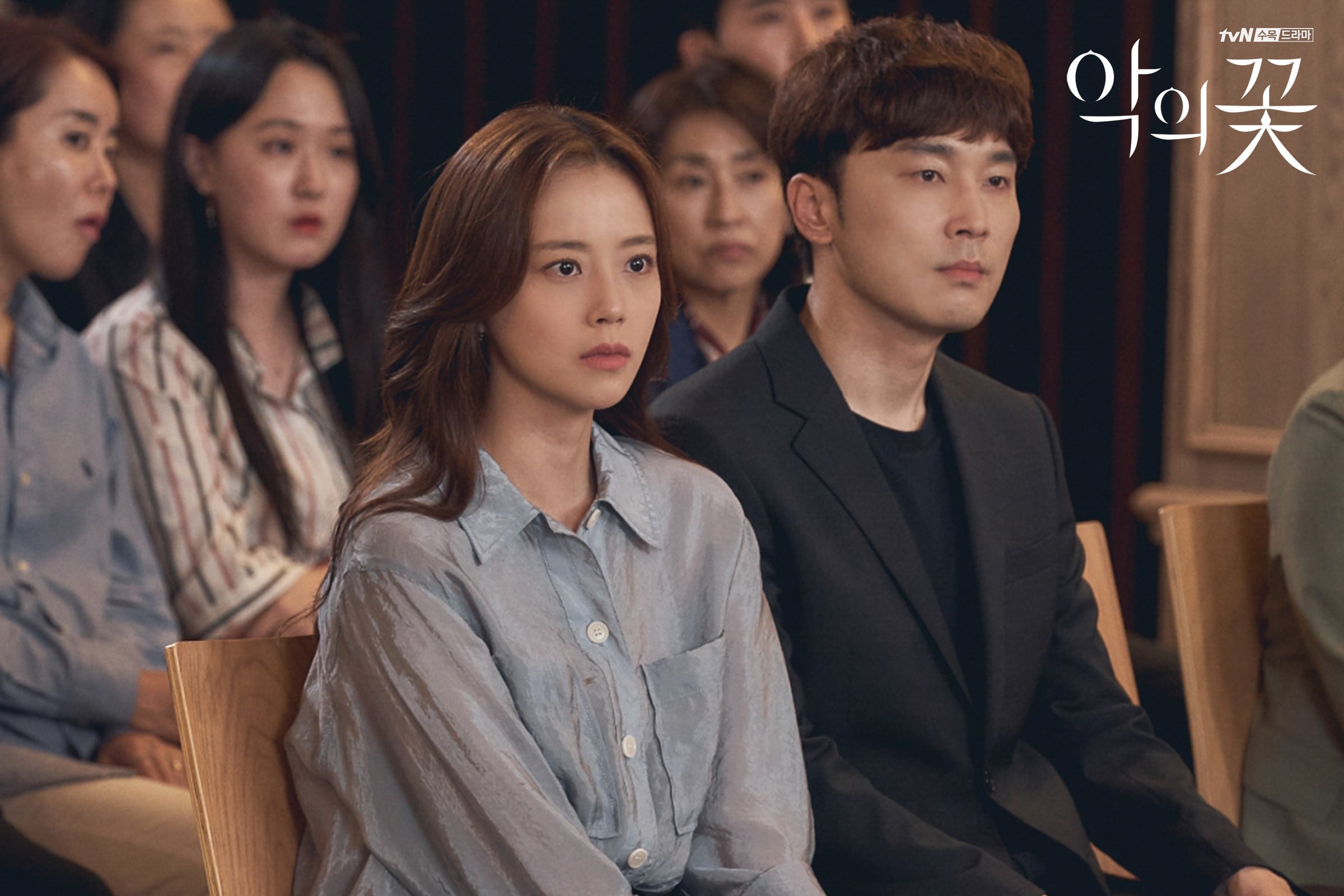 The production team of “Flower of Evil” shared, “All the puzzle pieces will be put together in this episode. Do Hyun Soo, Cha Ji Won, Kim Moo Jin, and Do Hae Soo (Jang Hee Jin) will each have to make new choices, so please watch how their stories unfold and the emotions they express.”