Following the conclusion of tvN’s “Flower of Evil,” the director, writer, and chief producer (CP) shared their thoughts on the drama and their experience during filming.

“Flower of Evil,” which received critical acclaim and enjoyed positive word-of-mouth from viewers, saw a consistent rise in viewership ratings over the course of its 16-episode run. The series finale, which aired on September 23, achieved the drama’s highest ratings to date.

Expressing his gratitude to everyone who worked on the drama, director Kim Chul Gyu remarked, “I’d like to thank all of the staff, cast, and production team for pouring their passion into ‘Flower of Evil’ so that it could bloom, even during these uneasy times fraught with COVID-19, the long typhoon season, and the heat of summer.”

“It was a huge blessing for me to be part of ‘Flower of Evil,’ and I was extremely happy during the journey of creating each and every scene,” he continued. “I’m grateful that we were able to successfully wrap up the drama without any issues, and I want to thank the viewers once again for giving us their unsparing love and passionate interest. I hope that ‘Flower of Evil’ will remain in your hearts for a long time.” 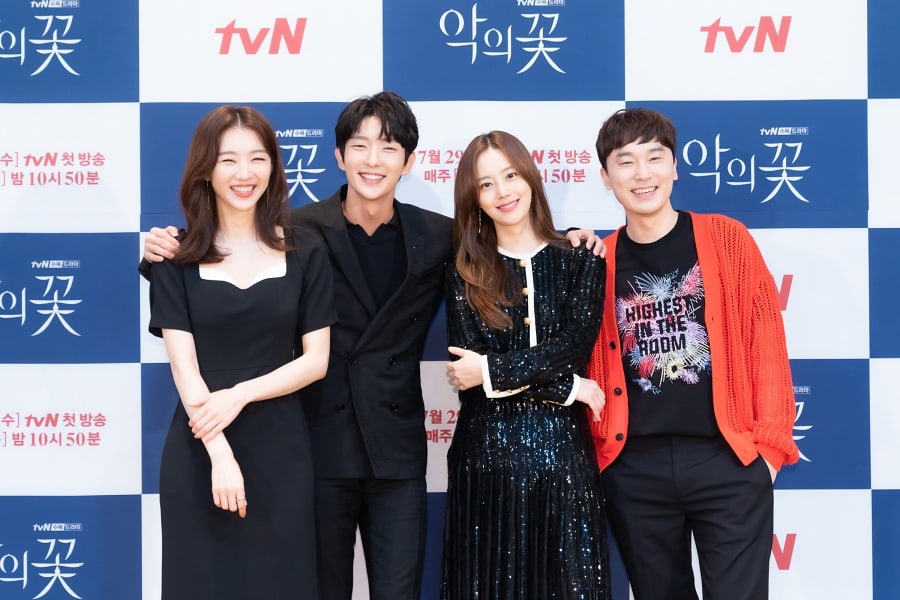 Writer Yoo Jung Hee thanked the drama’s fans in particular, commenting, “I believe that the life span of a drama is determined by viewers’ love, so thank you for giving ‘Flower of Evil’ life.”

“In the drama, Do Hyun Soo repeatedly lost his way and didn’t know where to go,” said the writer. “Then, in the summer of 2006, Do Hyun Soo met the one and only love of his life, Cha Ji Won, in the most ordinary of supermarkets. He ended up realizing that all of his wandering up until then had been a journey leading him to meet his destiny.”

“Similarly, I hope that in the future, we will all fondly look back at our current wanderings as a journey,” Yoo Jung Hee went on. “With that in mind, I will remember and love our main characters Do Hyun Soo, Cha Ji Won, Do Hae Soo, and Kim Moo Jin for a long time.”

“When ‘Flower of Evil’ first began, we faced a lot of prejudice against the drama, such as ‘The main character is a murderer?’ and ‘Is this drama really a romance?'” he recalled. “However, as the drama progressed, the character broke down everyone’s preconceived notions. The perfect combination of romance and suspense touched the hearts of everyone who was a part of the drama.”

The producer went on, “Do Hyun Soo, who lived in hiding for 14 years under the name of Baek Hee Sung, even broke down his own prejudices against himself and returned to his own life as Do Hyun Soo. Similarly, even though ‘Flower of Evil’ has ended, I hope that we will all be able to shine as we return to our own places in life. I want to sincerely thank everyone who stayed with us from the beginning to the end, as well as all the viewers who gave their love to ‘Flower of Evil.'”

Watch “Flower of Evil” with English subtitles below!

Flower of Evil
How does this article make you feel?