Channel A shared a glimpse of the love triangle between Lee Yo Ri, Kwon Ha Yoon, and Yeon Jung Hoon in “Lie After Lie”!

The new suspense-romance drama stars Lee Yoo Ri as Ji Eun Soo, a woman who puts her life on the line with a dangerous lie in order to be reunited with her biological daughter. After marrying into a chaebol family, Ji Eun Soo finds herself branded a husband-killer in the blink of an eye – and during her imprisonment for her husband’s murder, she loses custody of her daughter.

Previously on “Lie After Lie,” Ji Eun Soo and Kang Ji Min (Yeon Jung Hoon) grew closer as they spent more time together. He started to open up his heart to her, and he even told her about how his ex-wife had cheated on him. Furthermore, Ji Eun Soo’s old friend Kim Yeon Joon (played by Kwon Ha Woon), who has been in love with her for a long time, reappeared in her life, and he isn’t about to give up on her anytime soon.

On September 26, the drama unveiled new stills of the upcoming episode. Kang Ji Min installs a beam projector next to Ji Eun Soo’s rooftop home, and they get cozy and comfortable to watch a movie together. Kim Yeon Joon witnesses their happy moment with an unhappy frown, and viewers are increasingly becoming curious about how he will act as a catalyst in their relationship. 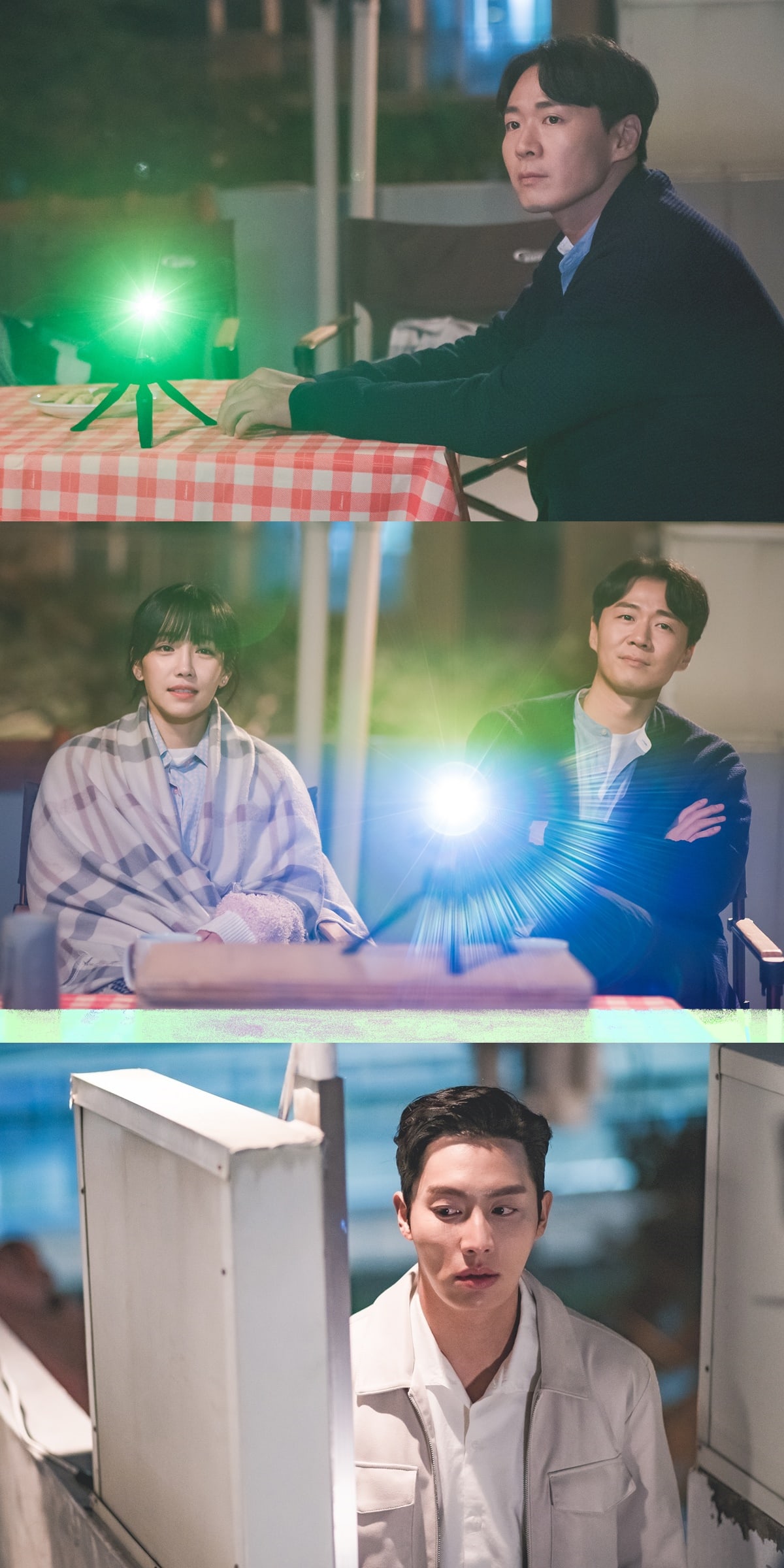