Kim Hee Sun and Joo Won showed off their excellent teamwork in a new behind-the-scenes clip for SBS’s “Alice”!

The video starts with the two actors reviewing their script. They find one of the lines hilarious and break into hearty laughter over it. During rehearsal, Kim Hee Sun says her line, “You’re so useless,” causing both her and her co-star to explode with laughter. She continues, “You don’t know how to do anything. You can’t even catch the culprit.” Joo Won doubles over with laughter as Kim Hee Sun points out, “Isn’t that line hitting below the belt?” 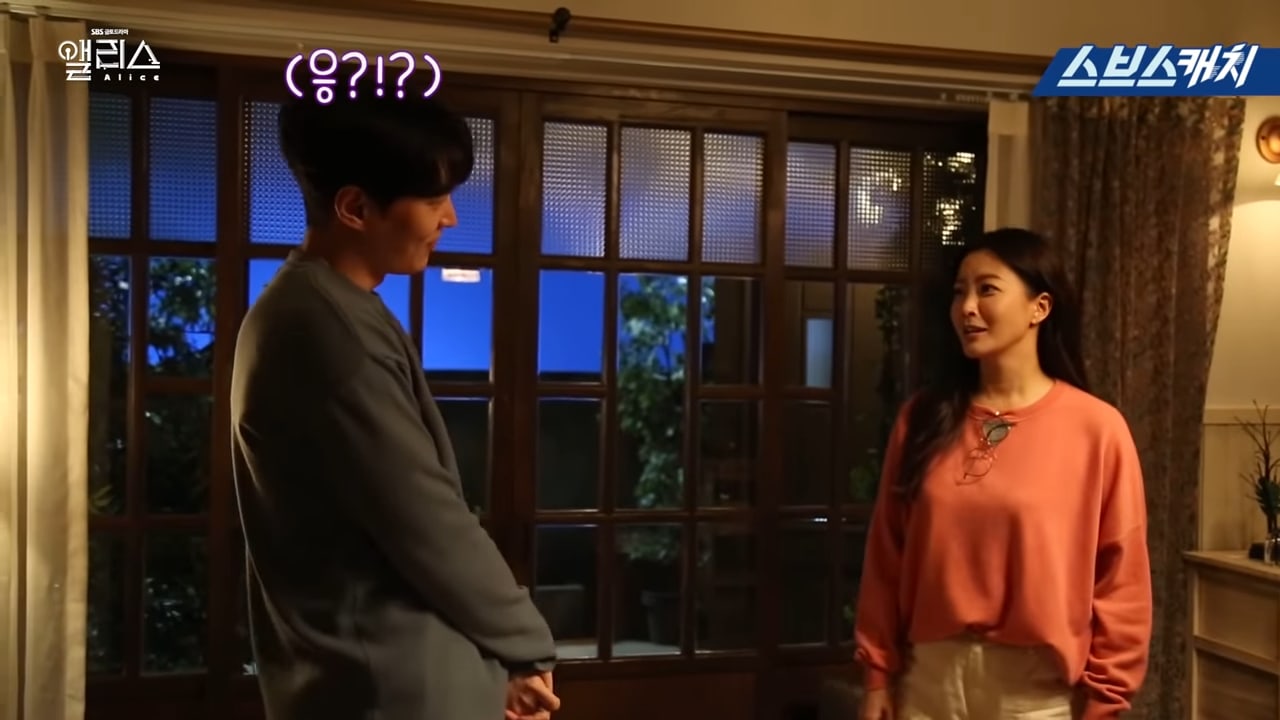 Next, Kim Hee Sun perfectly acts out the scene where she’s being chased by a bug. Once the director calls “cut,” she laughs out loud, and Joo Won remarks, “You’re good at that.” The two make various bloopers, and they can’t stop laughing at each other’s mistakes.

In one part, they act out a scene where they struggle with his sweatshirt and she ends up jerking it right off. As soon as the scene is cleared, Joo Won ducks his head in embarrassment, and Kim Hee Sun struggles to contain her laughter as she attempts to cover him up. 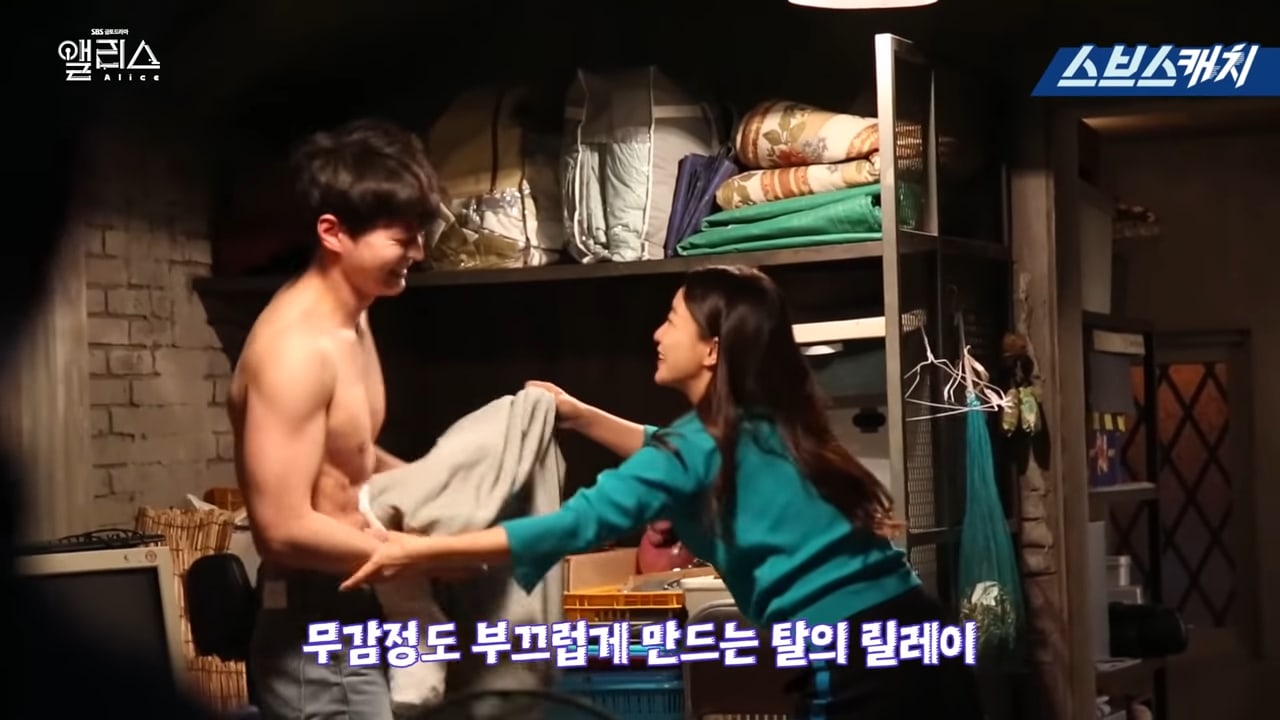 Towards the end of the clip, the two actors team up to shoot the scene where he bleeds profusely from his abdomen wound. After the staff member paints fake blood on Kim Hee Sun’s hand, she jokingly brings it closer to Joo Won, causing his expression to wrinkle in distaste. She laughs at his reaction and jokes, “His poor abs. He struggled so hard to make them.” When he sees her bloody hands near his face, he yells out in shock, and everyone laughs. The two can’t stop playing around, and they even dance to 2PM’s “Heartbeat.”