KBS 2TV’s new drama “Zombie Detective” has revealed a sneak peek of its next episode!

On the previous episode of “Zombie Detective,” zombie Kim Moo Young (played by Choi Jin Hyuk) came to terms with his fate and began training to appear human again. In the process, he accidentally witnessed a murder, and he ended up becoming a “zombie detective” after receiving the key to a private investigator’s office and ID from the unknown dying man.

In the upcoming episode of the drama, Kim Moo Young will set out on his new career by taking on a case brought to him by a group of children. A trio of elementary school students led by Lee Joon Woo (Sung Min Joon), the young nephew of Gong Seon Ji (Park Ju Hyun), approach Kim Moo Young and offer him 500 won (approximately 43 cents) to find a missing dog.

After hearing their initial offer, Kim Moo Young responds with disbelief at the kids’ proposed fee, and at the end of some hilariously petty squabbling, they finally bring out the big guns: a crisp 5000 won (approximately $4) bill. 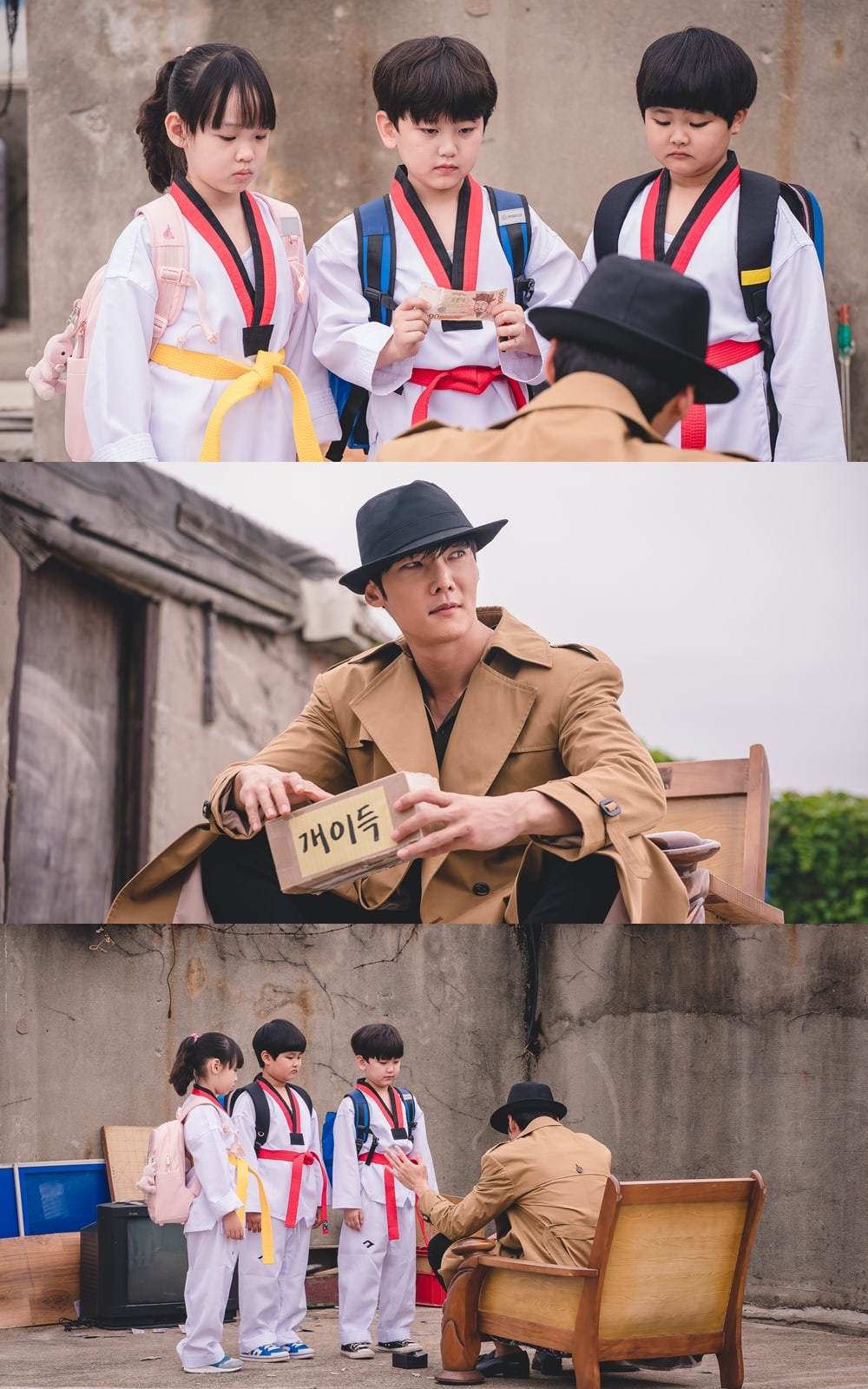 However, Kim Moo Young gains more from his encounter with the children than just 5000 won. Not only does he help them with their case, but they also wind up unexpectedly helping him in his quest to find clues about his forgotten past. Additionally, as Gong Seon Ji’s nephew, Lee Joon Woo ends up bringing her and Kim Moo Young together.

In the meantime, catch up on the first two episodes of the drama with English subtitles below!