For the photo spread, Rosé modeled various pieces of jewelry from Tiffany & Co.’s new 2020 high jewelry collection, and the singer sat down for an interview after the photo shoot. 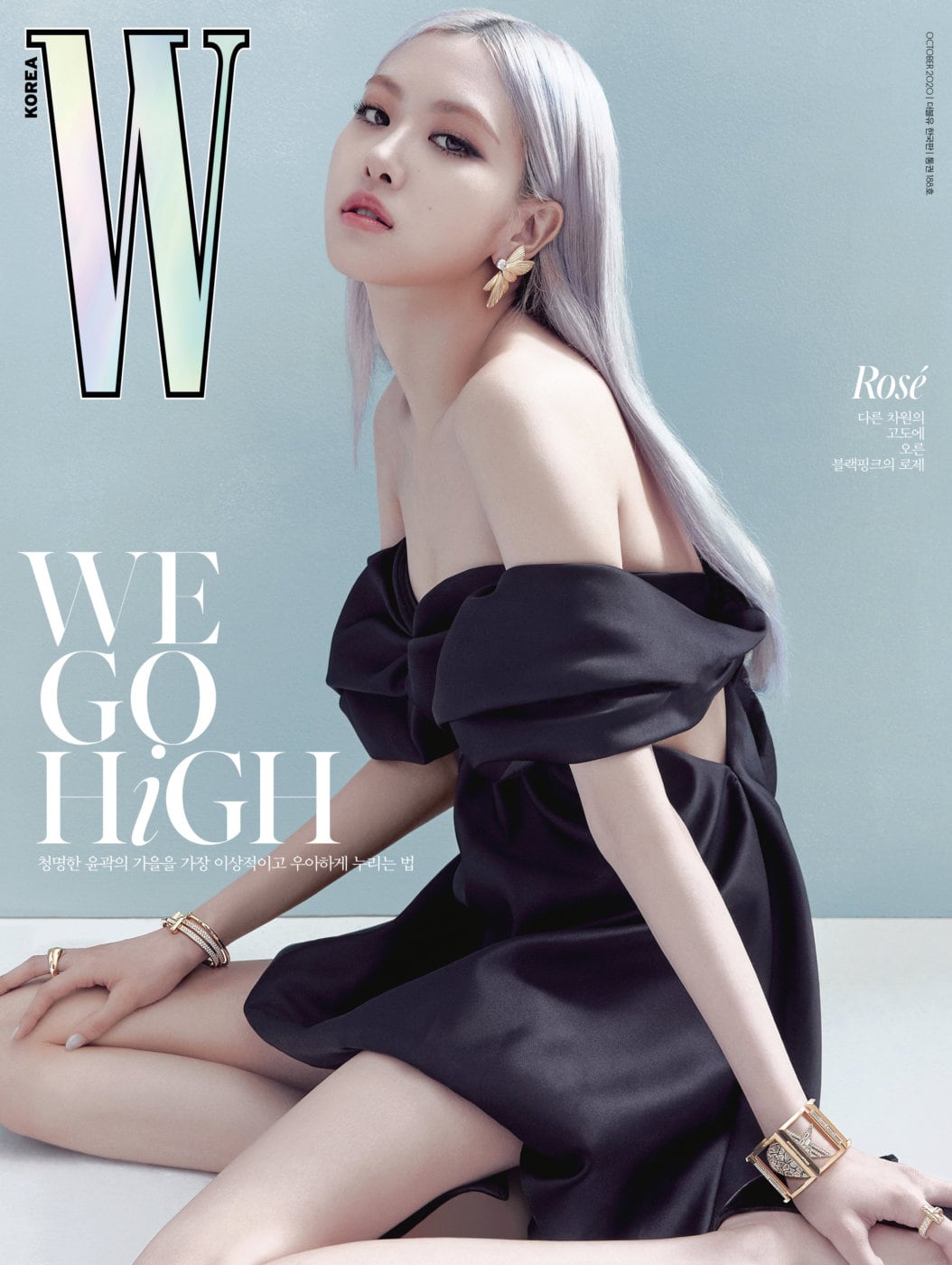 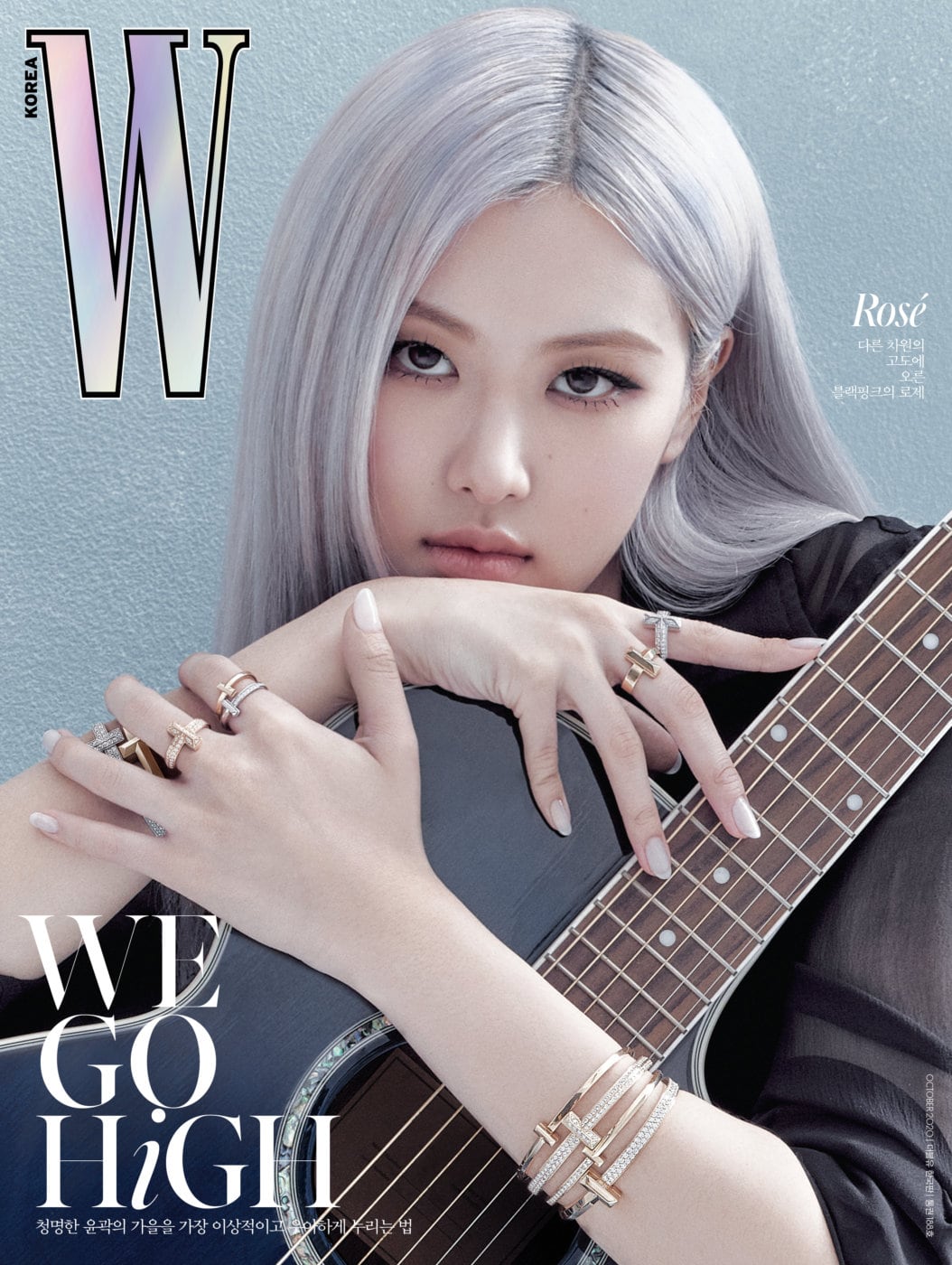 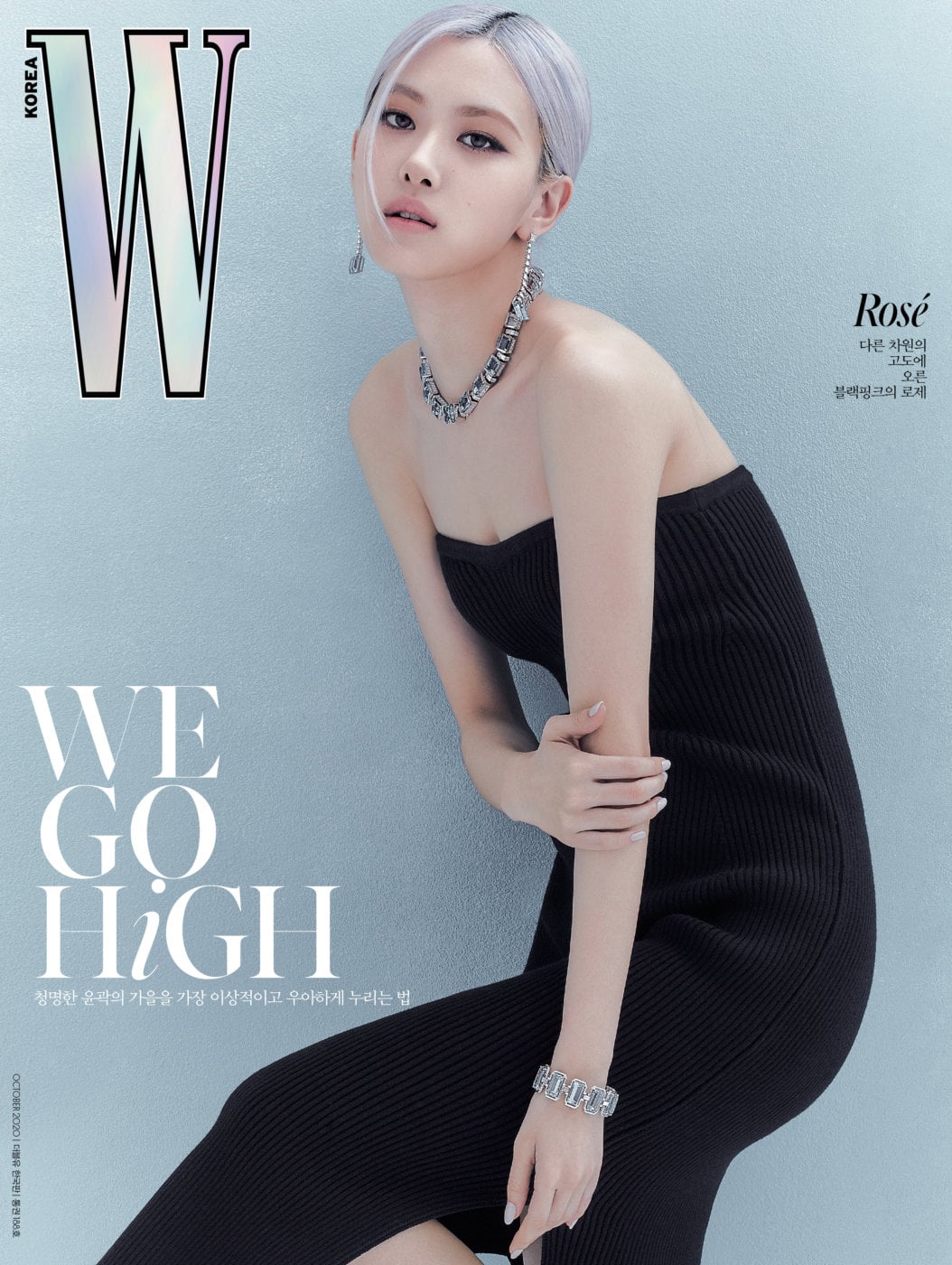 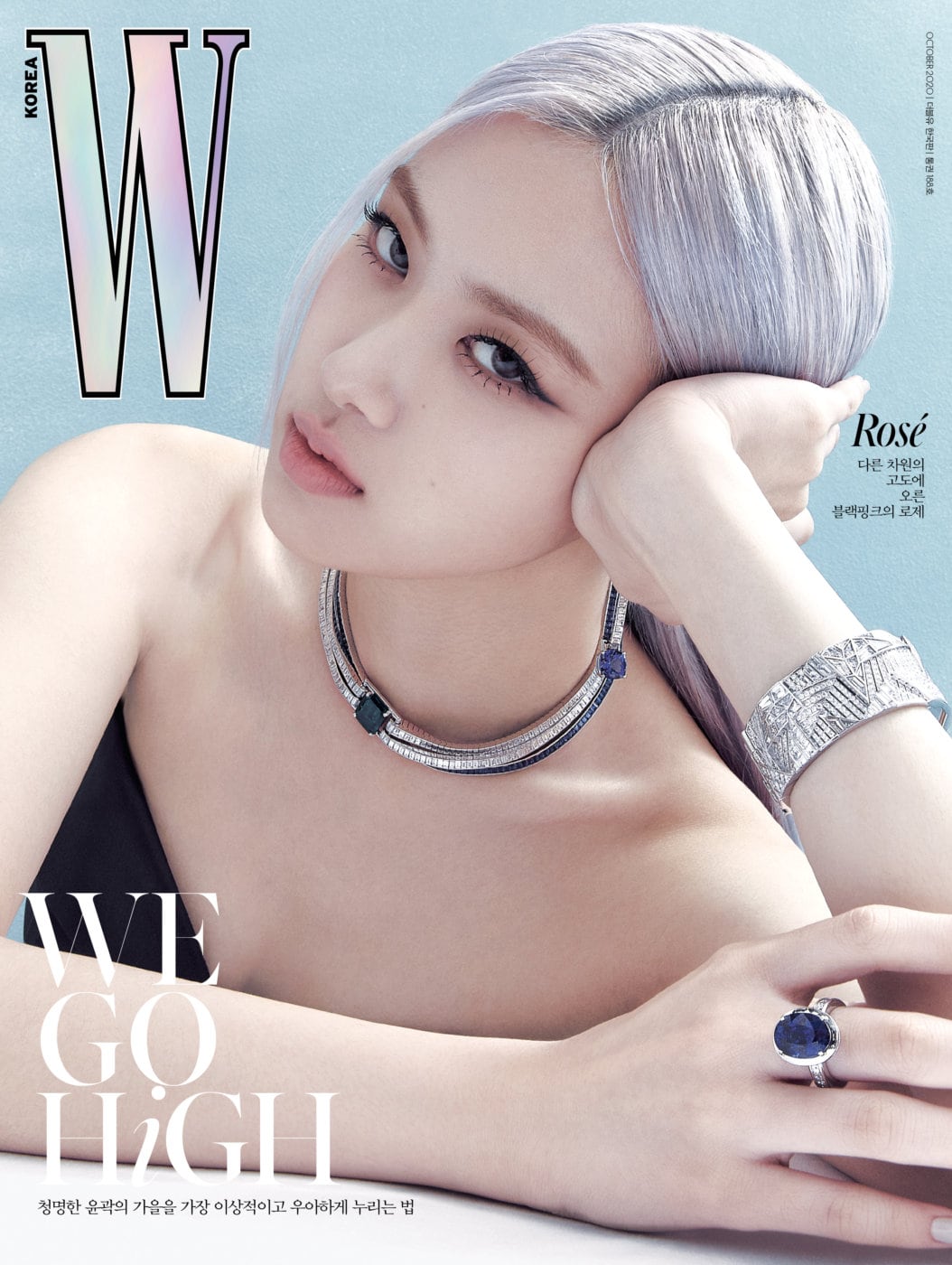 The interviewer asked Rosé about “Ice Cream,” BLACKPINK’s collaboration with Selena Gomez, and she responded, “Due to the situation, we couldn’t meet and work together personally. Instead, we bonded through a video call. Because we had always been fans of each other, we were able to easily share our thoughts with each other through the video call, and that process was very meaningful. We had fun working on it, so we hope that bright and lively energy reaches a lot of people.”

She then shared that the most important topic in her current life was BLACKPINK’s comeback. “It’s our first full-length album that we worked hard on for a long time. We’re releasing our first studio album around four years after our debut, we’re preparing ferociously for the comeback so that we can make a good impression with it.” 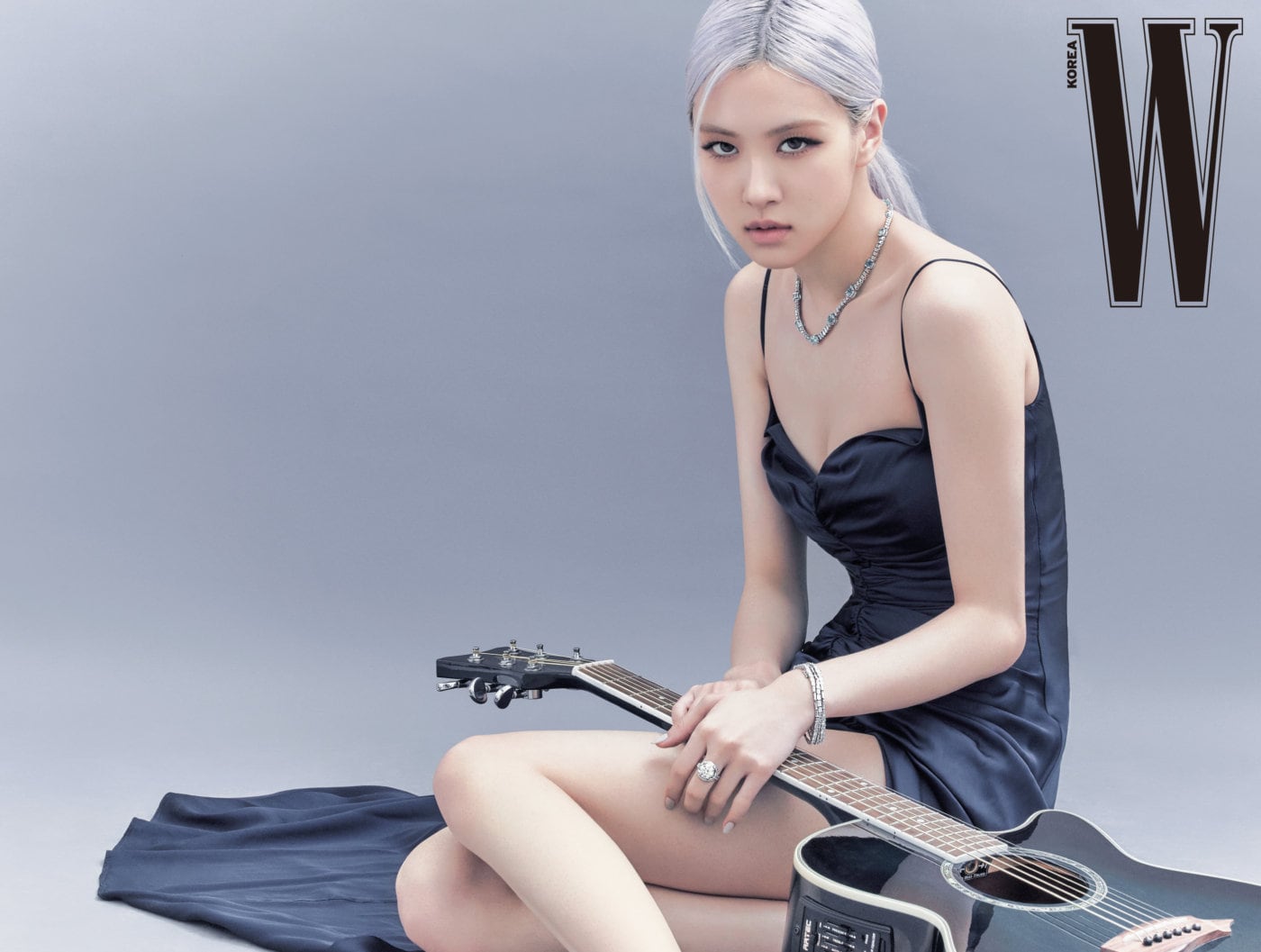 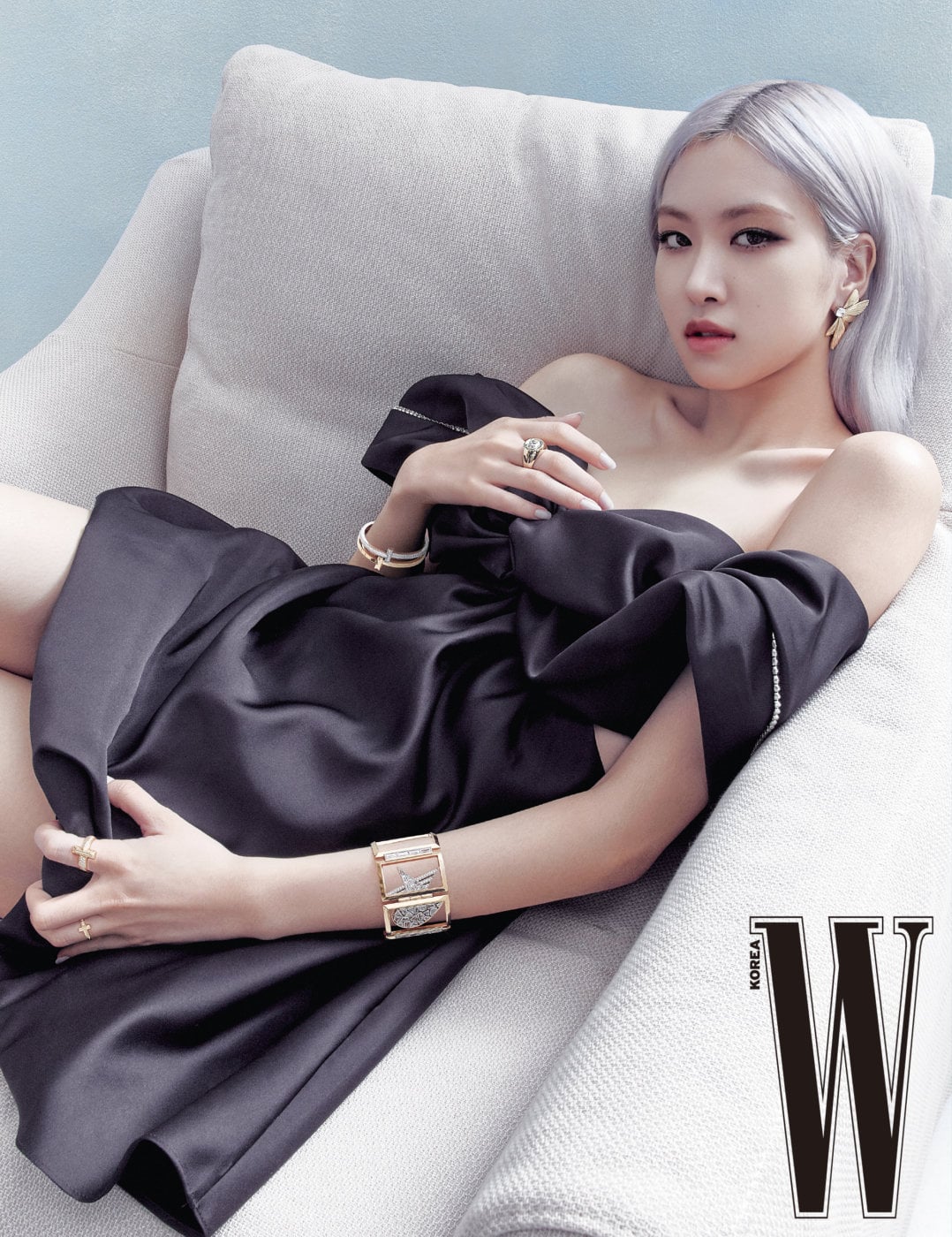 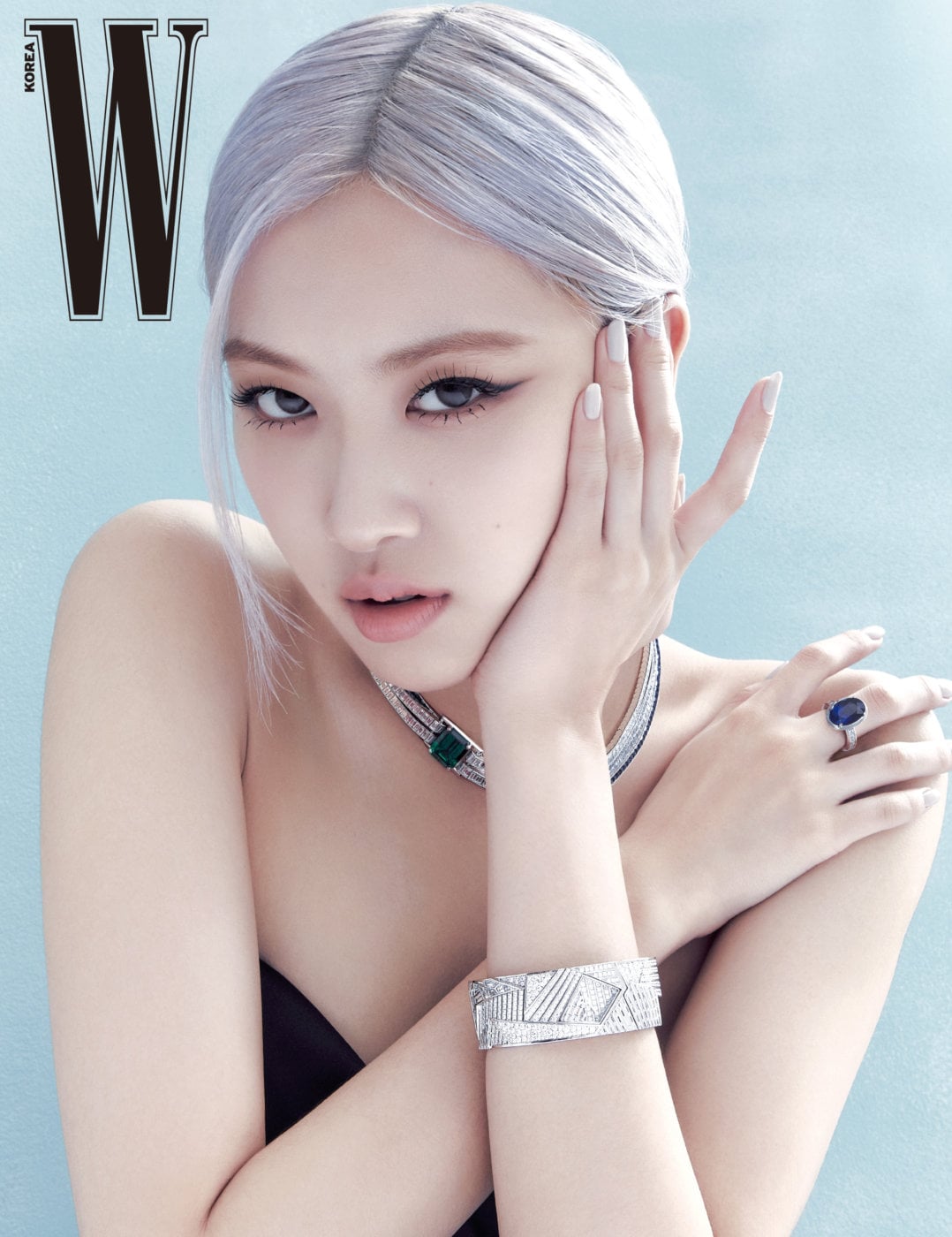 The interviewer brought up how different she sounded when she featured on G-Dragon’s “Without You” from his album “One of a Kind” eight years ago, and Rosé shared why exactly that was the case. “When I recorded ‘Without You,’ not much time had passed since I arrived in Korea as a trainee from Australia, where I sang as a hobby. I still remember that day. At the time, I didn’t fully know what style of music I liked, or what kind of style I wanted to have as a singer. I participated in the recording in that state, so I was really nervous. While spending time as a trainee, I started to figure out which artists I liked and what kind of singer I wanted to become. So when I listen to ‘Without You,’ even I can hear how different the tone and feel [of my voice] is compared to now.”

Asked about what she defined “good singing” to be, she answered, “That’s a hard question. Being a good singer is probably not just about simply getting the pitch and rhythm right. I think that a good singer is someone who can translate the message of a song into their own story and convey those many emotions to the listeners. I’m working hard to become a singer like that.”

In terms of the hardest BLACKPINK song to sing live, she chose “Hope Not” from “KILL THIS LOVE” because it required her to focus hard on bringing out the emotions in the song. 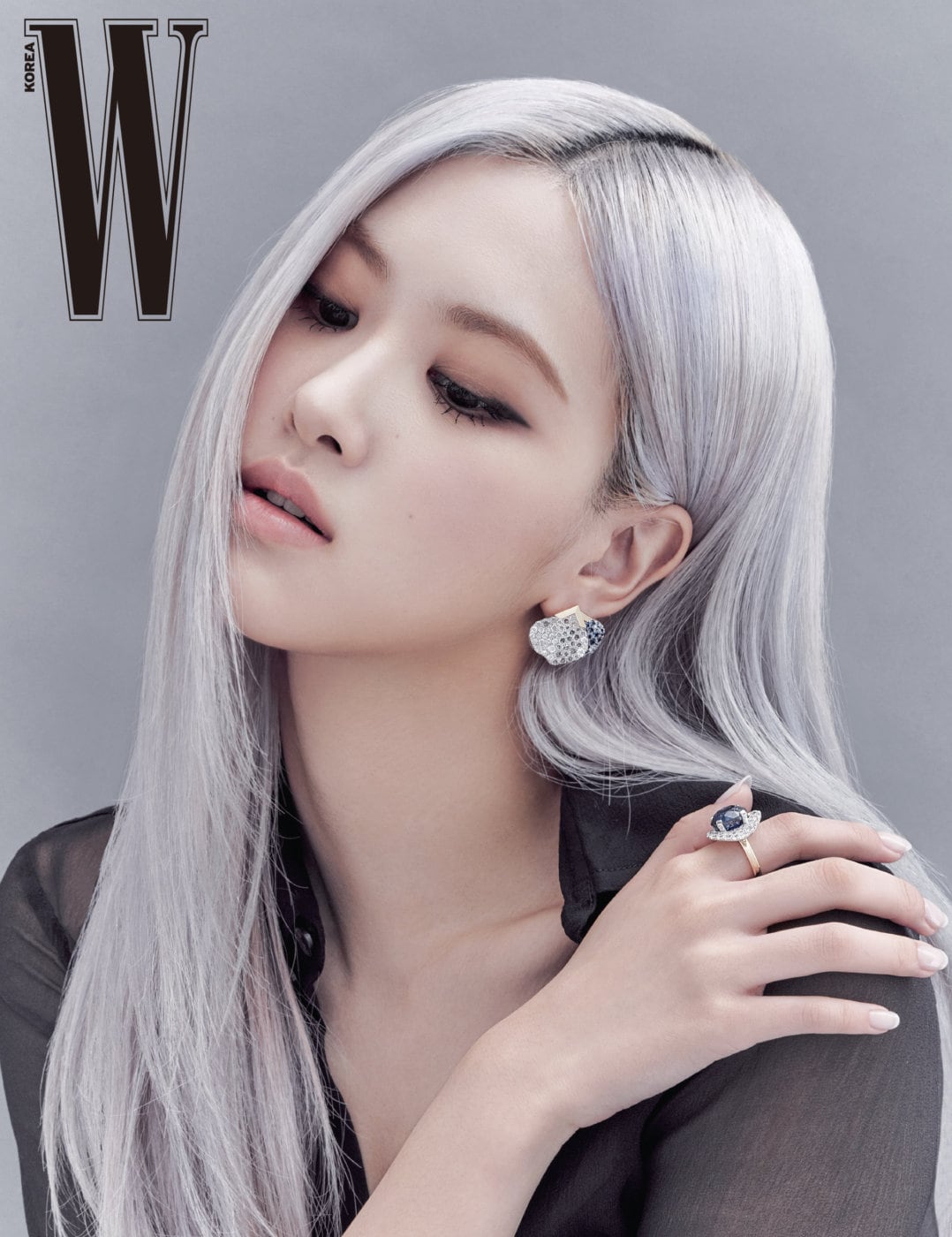 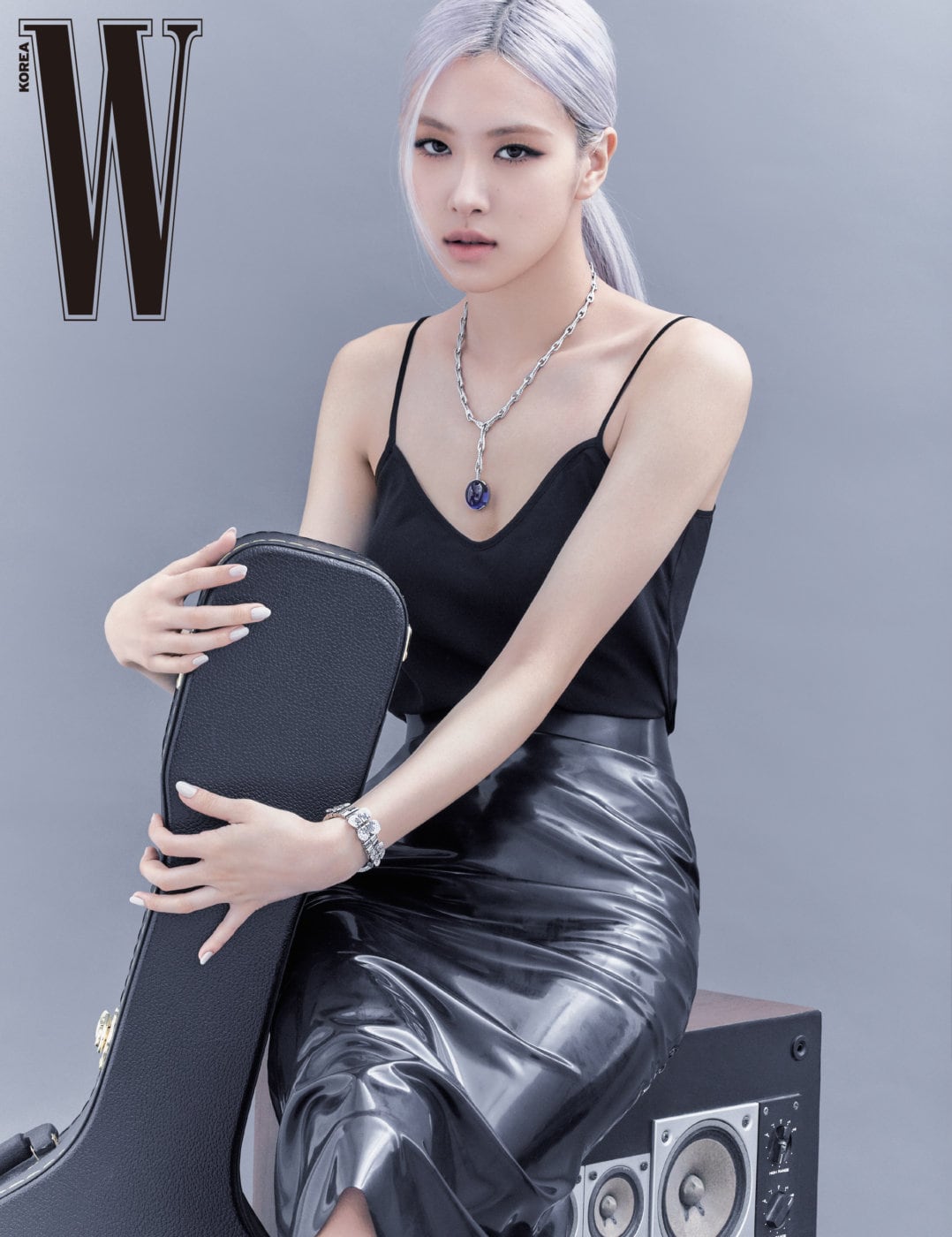 While Rosé is best known for her vocals, she is also skilled at dancing. She explained that she had always enjoyed dancing ever since she was little, but she only first started learning how to dance when she began her trainee life at the age of 16. “In the beginning, all of the other trainees had already learned how to dance and could dance well, so I had a hard time catching up. Since then, I kept practicing and studying, thinking, ‘One day, I’m going to be complimented on my dancing.” I still remember the day I was praised for the first time. Working hard is important too, but at the time, I also tried to increase my love and interest in dance because I wanted to dance well. I think it’s important to have interest and love in what you do, regardless of what it is.”

Rosé picked BLACKPINK’s Coachella stage as the moment she felt that she had grown another step further. She explained, “Until the performance, I was really nervous. It was a stage I had a dreamed of standing on, so I wanted to do well. But once I actually stepped on stage and saw the crowd that had come to see BLACKPINK, all of the thoughts about doing well or working hard disappeared. I just enjoyed it with everyone and expressed [my feelings] in each moment. The energy I received from the crowd was greater than the energy I was giving them, so all I did was follow them. That was what it meant to become one with the audience.” 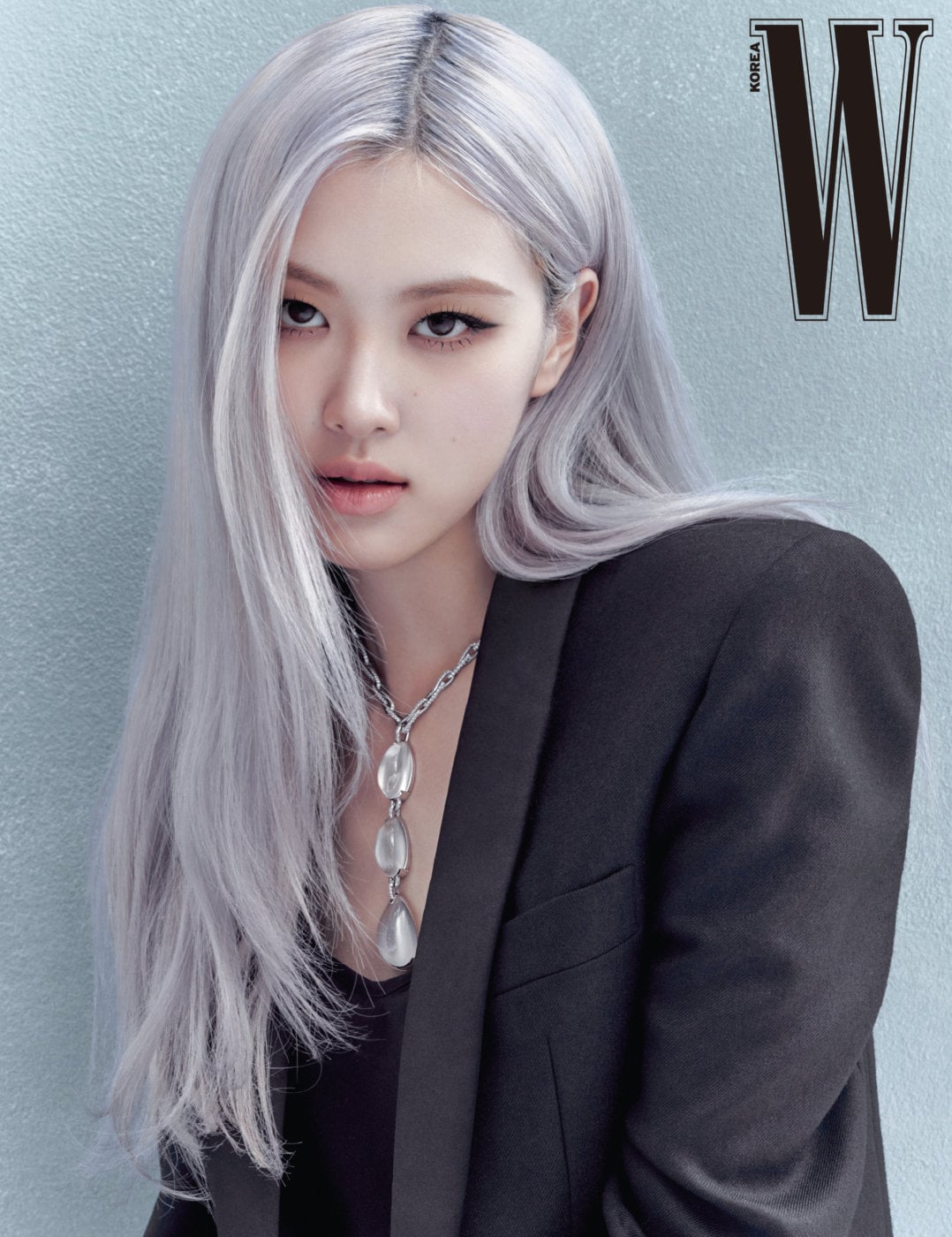 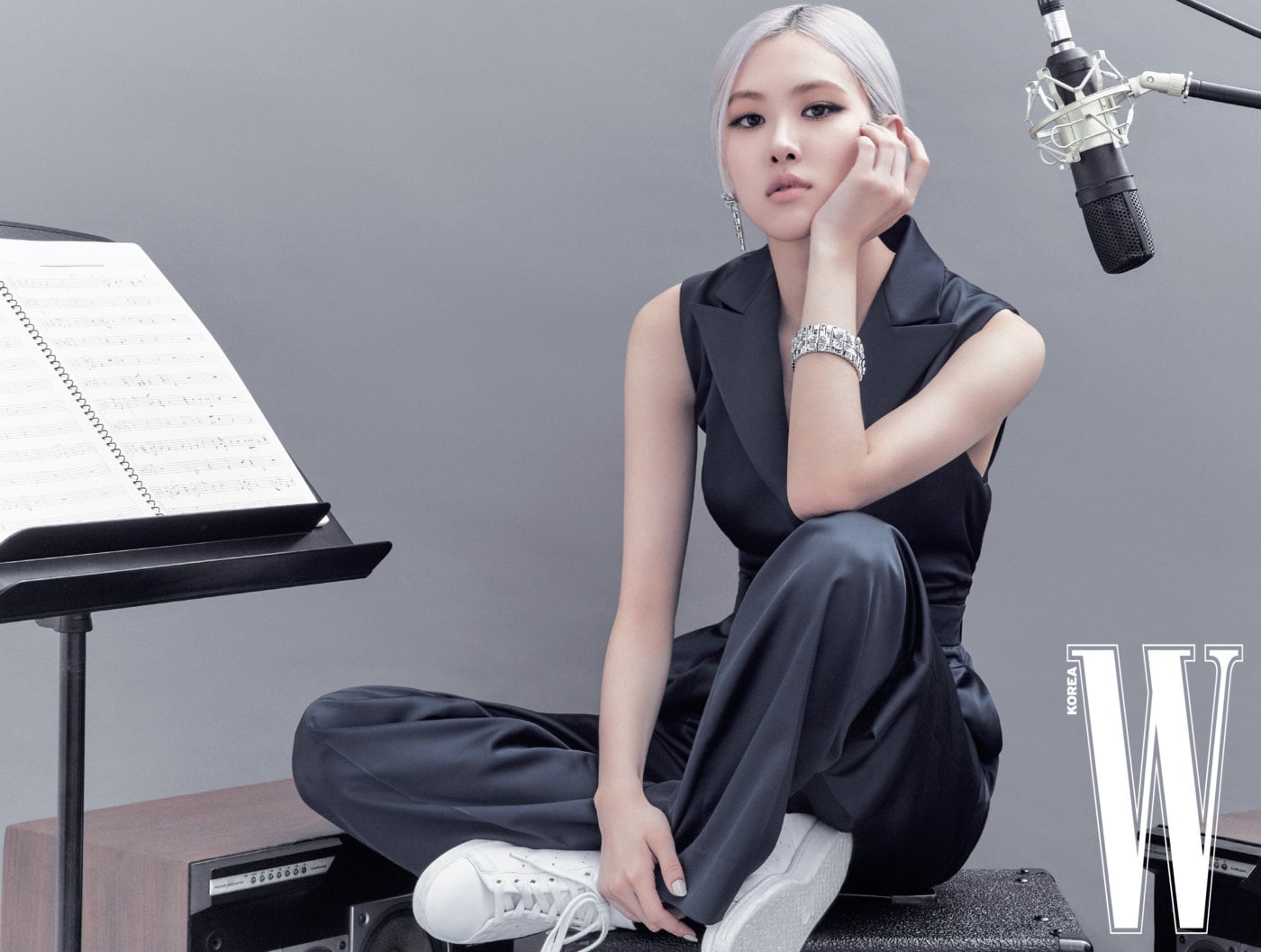 Because of BLACKPINK’s global popularity, local outlets from countries all around the world request interviews with the group. Rosé said, “Going on tours around the world and receiving interview requests demonstrates that a lot of people are showing interest in K-pop and [BLACKPINK]. When we’re interviewed by foreign media outlets, we’re often asked things like, ‘Why do you think BLACKPINK is popular internationally?’ I think it’s because in this generation, more people are accepting new music with an open mind, and that’s why we’re able to receive so much love. I’m so thankful for this.”

The world changes constantly, but if Rosé could keep one thing at the core of her identity forever unchanging, she would keep her gratitude for her fans. She said that it was her fans who made it possible for her to exist and added, “For both myself and my fans, I won’t change the way I constantly dream of music and follow my passion for music.”

BLACKPINK
W Korea
Rosé
How does this article make you feel?