“Record of Youth” tells the story of young people who struggle for their dreams and love amidst the harsh realities of the modeling industry. Park Bo Gum stars as Sa Hye Joon, an aspiring actor and model, Park So Dam stars as Ahn Jung Ha, an aspiring makeup artist, and Byun Woo Seok stars as Wo Hae Hyo, a model who wants to make a name for himself without relying on his family.

Just when things were beginning to turn around for Sa Hye Joon’s budding acting career, his casting in a drama was canceled due to the work of his former agency CEO Lee Tae Su (played by Lee Chang Hoon). Although Sa Hye Joon didn’t let his disappointment show in front of his manager Lee Min Jae (played by Shin Dong Mi), he was nonetheless hurt by the news. However, he found comfort in the company of Ahn Jung Ha, whose existence helps him escape reality and experience pure happiness. The episode ended as Sa Hye Joon conveyed his feelings for Ahn Jung Ha through their very first kiss.

Sa Hye Joon is ready to overcome more hurdles on the path toward his dreams in the new stills, which show him at an audition for a production that is looking for a model-turned-actor. However, while Sa Hye Joon discusses his role in earnest, Lee Min Jae appears on edge, clutching her bag uneasily. In the final still, the pair discuss the role, with Lee Min Jae doing her best to convince the actor to see her point of view. The script on the table in front of them is titled “Return of the King,” leading viewers to wonder what kind of role Sa Hye Joon might take on next, and whether or not he will be able to succeed in spite of Lee Tae Su. 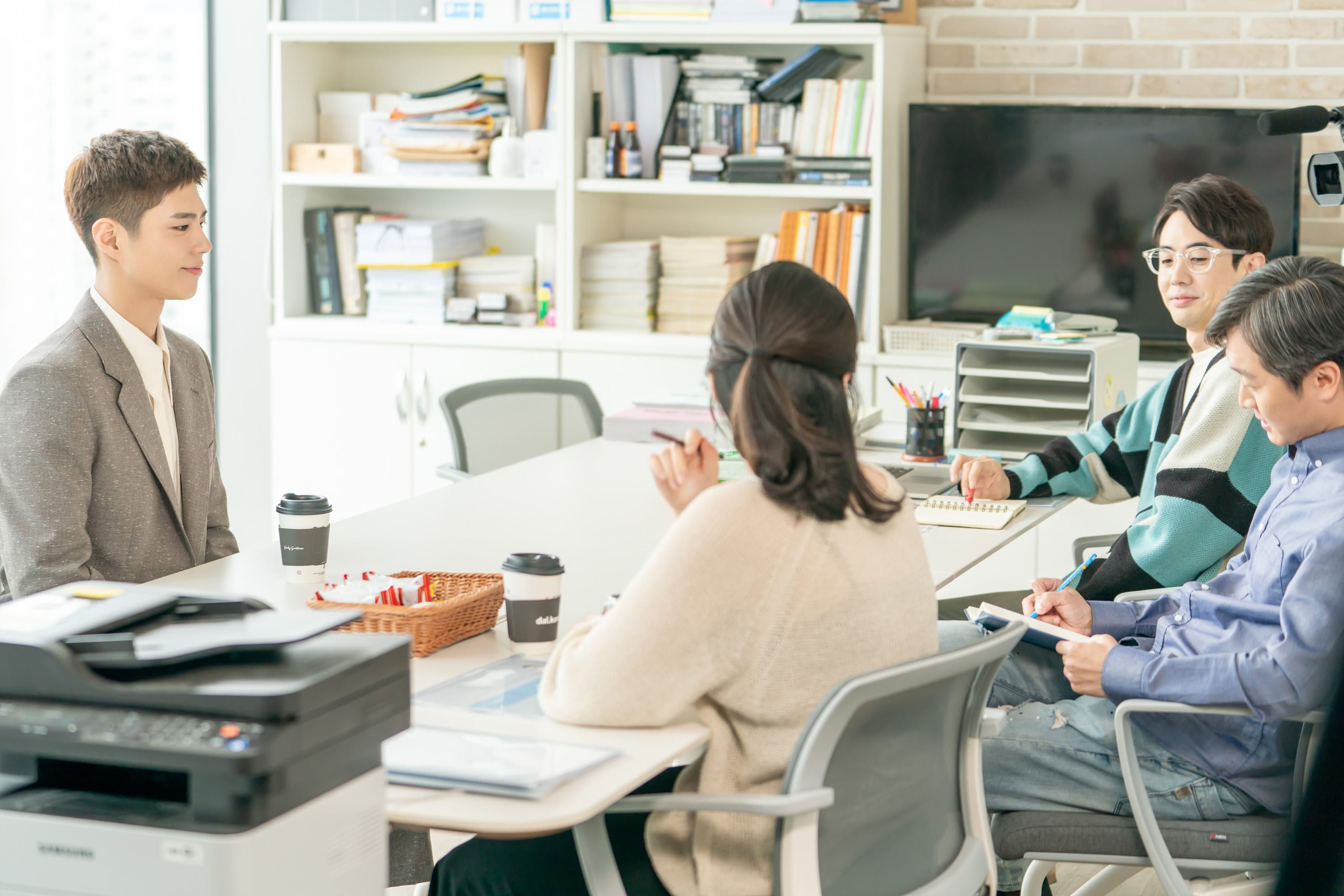 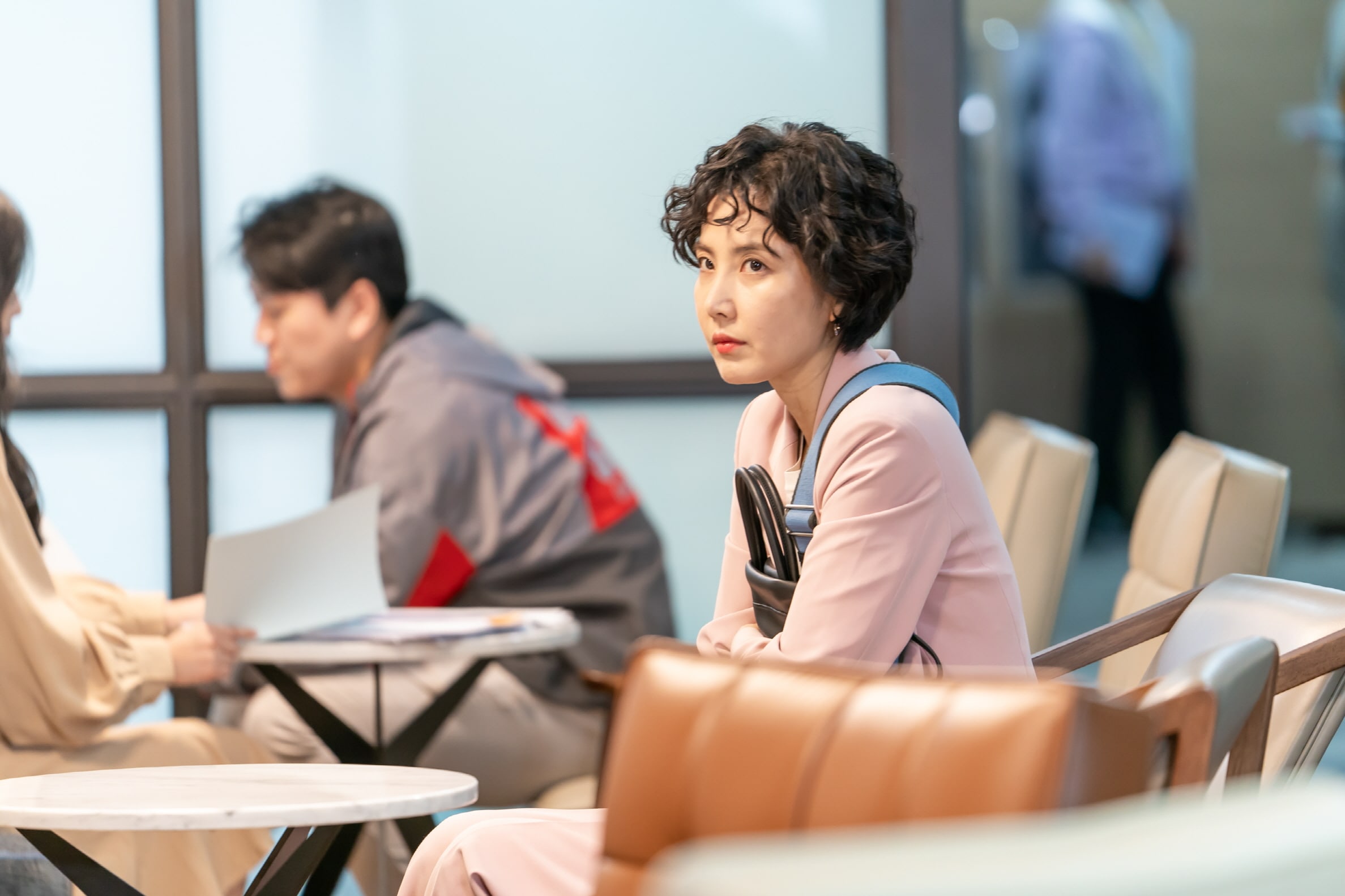 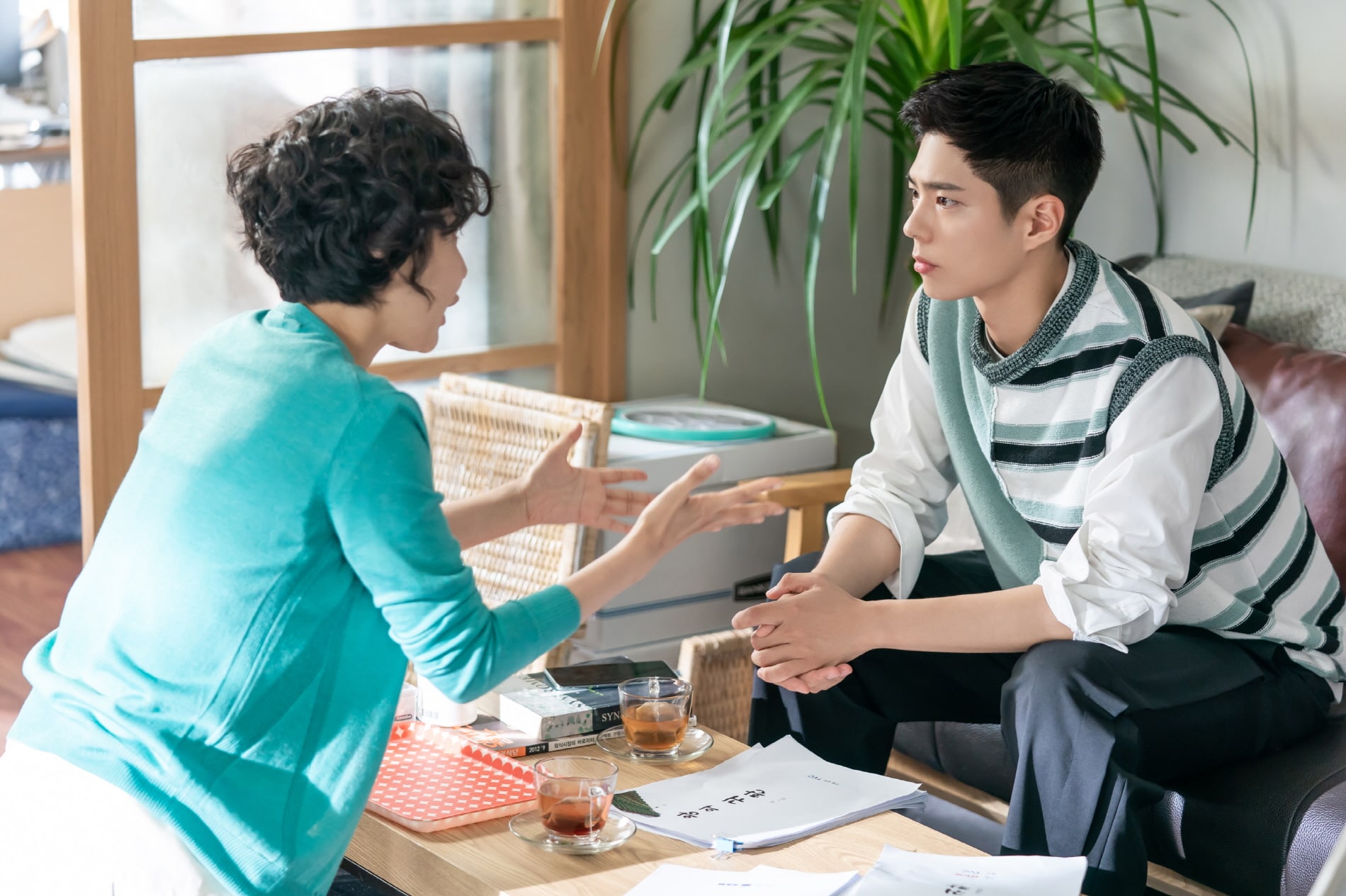 The drama’s production team hinted at what is to come, commenting, “The steadfast Sa Hye Joon will keep taking on challenges, and his chance to turn everything around is coming. Viewers can expect to feel a refreshing sense of satisfaction.”

Park Bo Gum
Shin Dong Mi
How does this article make you feel?