Previously, Kim Moo Young began his new life as a zombie detective after taking on the identity of a man who had been mysteriously murdered and taking on his first case from a group of children. Seeing him with the children, Gong Seon Ji misunderstood what was happening and threw a helmet at his head. Without a penny to his name, Kim Moo Young set out to collect settlement money from Gong Seon Ji and ended up saving her from being kidnapped by a cult while drunk. Kim Moo Young grew flustered when Gong Seon Ji fell on his cold chest and muttered, “It’s warm,” signaling the moment their lives began to intertwine.

As the zombie detective and journalist begin to grow closer to one another, the new stills preview an intriguing development between the pair. Of particular interest is the flyer that Gong Seon Ji holds up to show him, which advertises a crash diet. Kim Moo Young looks down as he seriously ponders her offer. Another still shows him following a group of suspicious people into the forest, making viewers question why a zombie who has nothing to gain from a diet would be interested in the program. 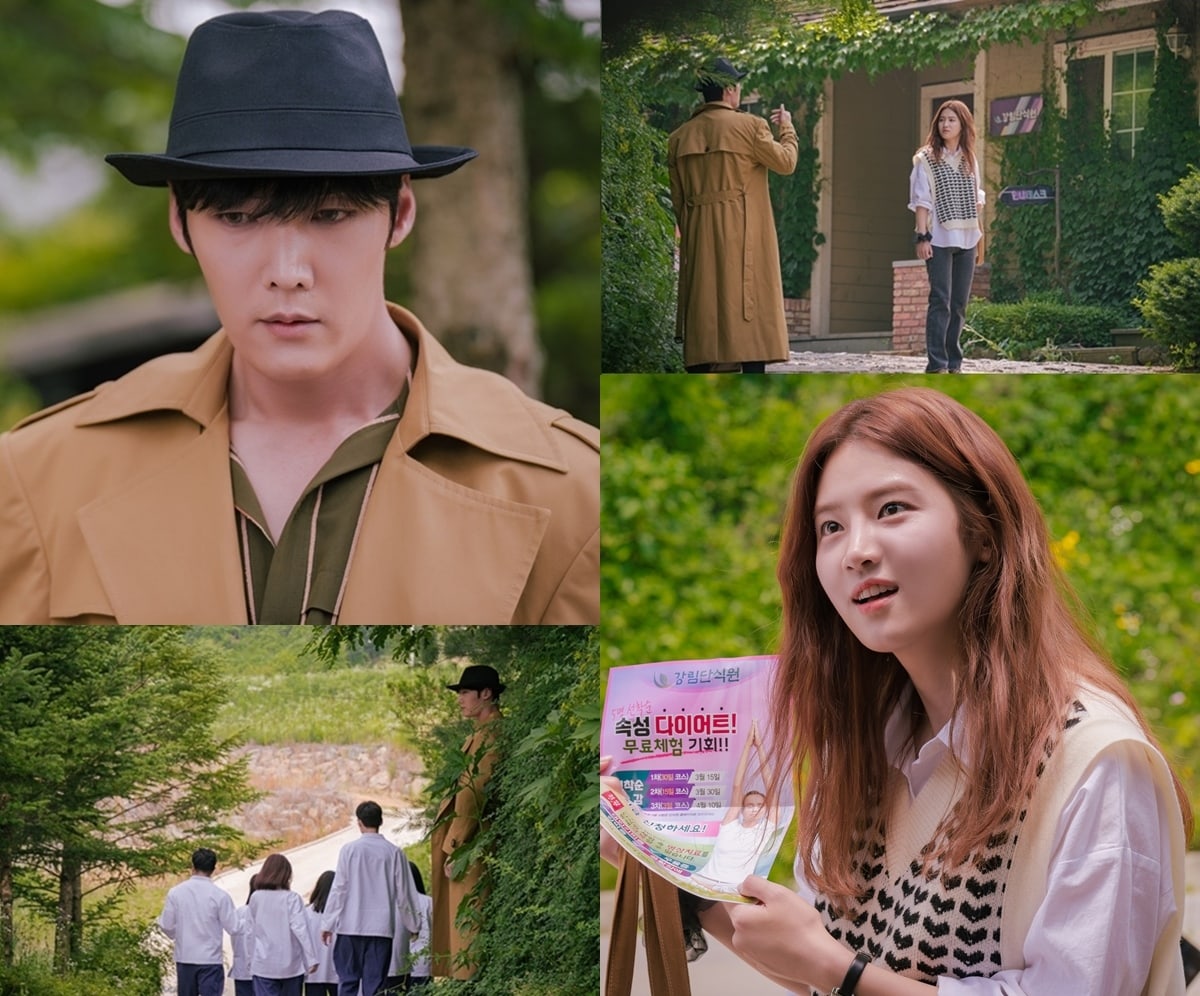