Jessi and Kim Jong Kook’s mother hit it off on the latest episode of “My Ugly Duckling”!

On the September 27 broadcast of the SBS variety show, Jessi made a guest appearance as a special MC. After the MCs introduced Jessi to the panel of celebrity moms, Kim Jong Kook’s mother excitedly mentioned that she had met her once before.

“Years ago, we met at a hair salon,” said Kim Jong Kook’s mom, praising the singer for her friendly and respectful manner. “Back then, I didn’t know who Jessi was, but she immediately got up to greet me, asking me, ‘You’re Jong Kook’s mother, right?'” 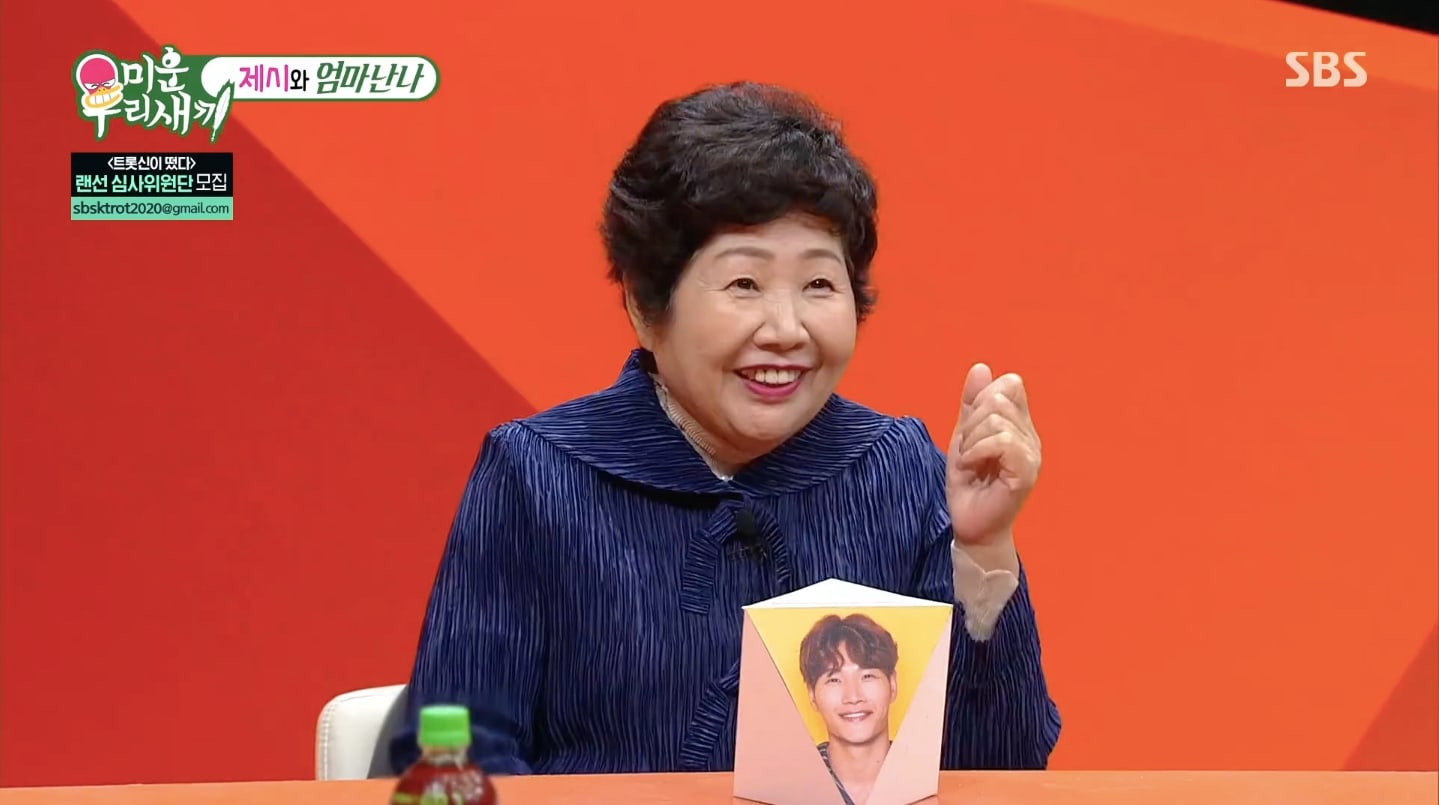 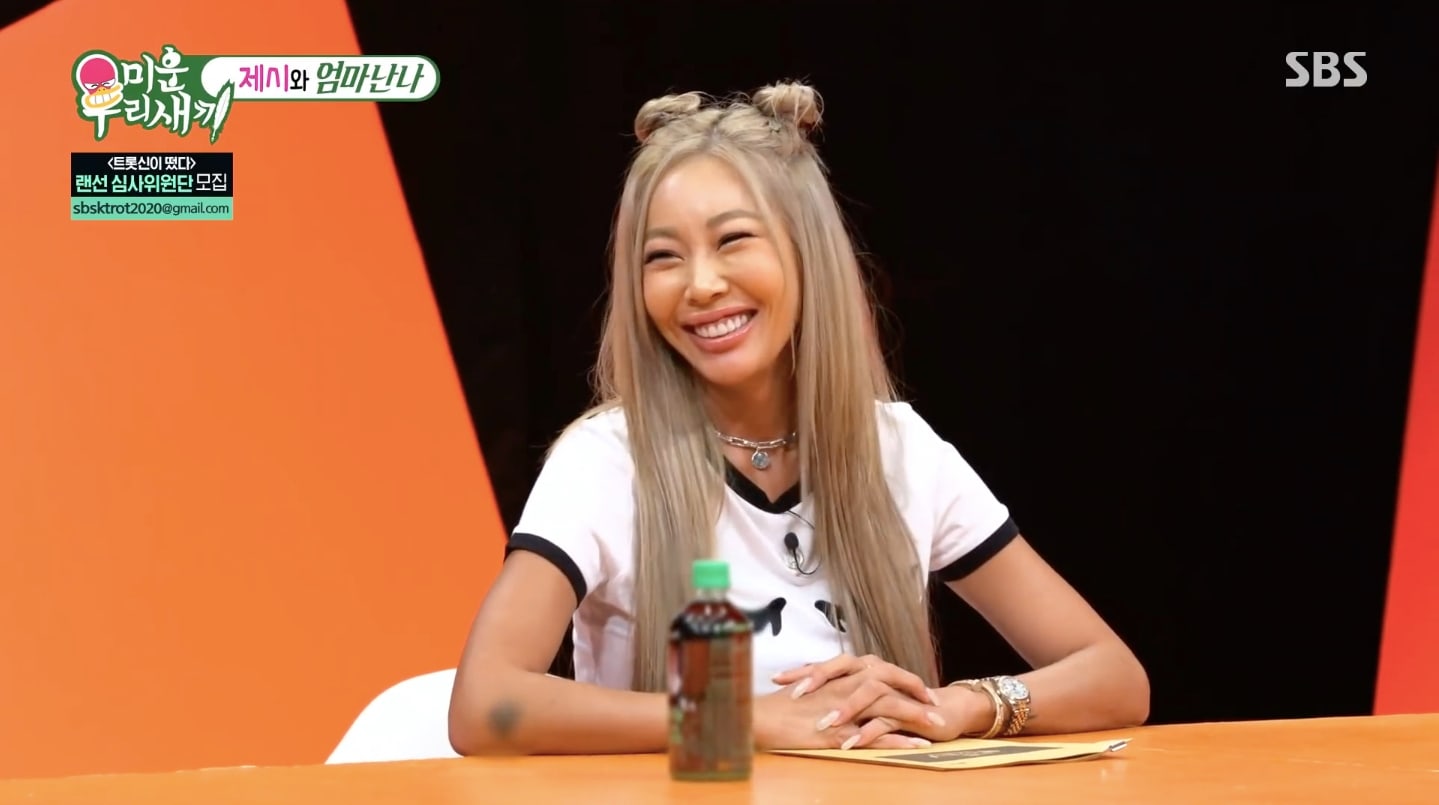 Jessi went on to heap praise on Kim Jong Kook, revealing, “I know Jong Kook really well, and he’s such a perfect guy. Jong Kook is the type of guy I like. He’s very manly, and he doesn’t care too much about his appearance. That’s the kind of guy I like.”

However, Jessi added that he does have one fatal flaw. “All he does is work out,” she lamented. Seo Jang Hoon pointed out that Kim Jong Kook had said he might be willing to cut back on his gym time if he found someone he liked, but Jessi disagreed, explaining, “He’s been working out like that for over 20 years now. By now, it’s a habit [he won’t be able to fix].”

“But in terms of appearance and personality, he’s totally my type,” she continued. 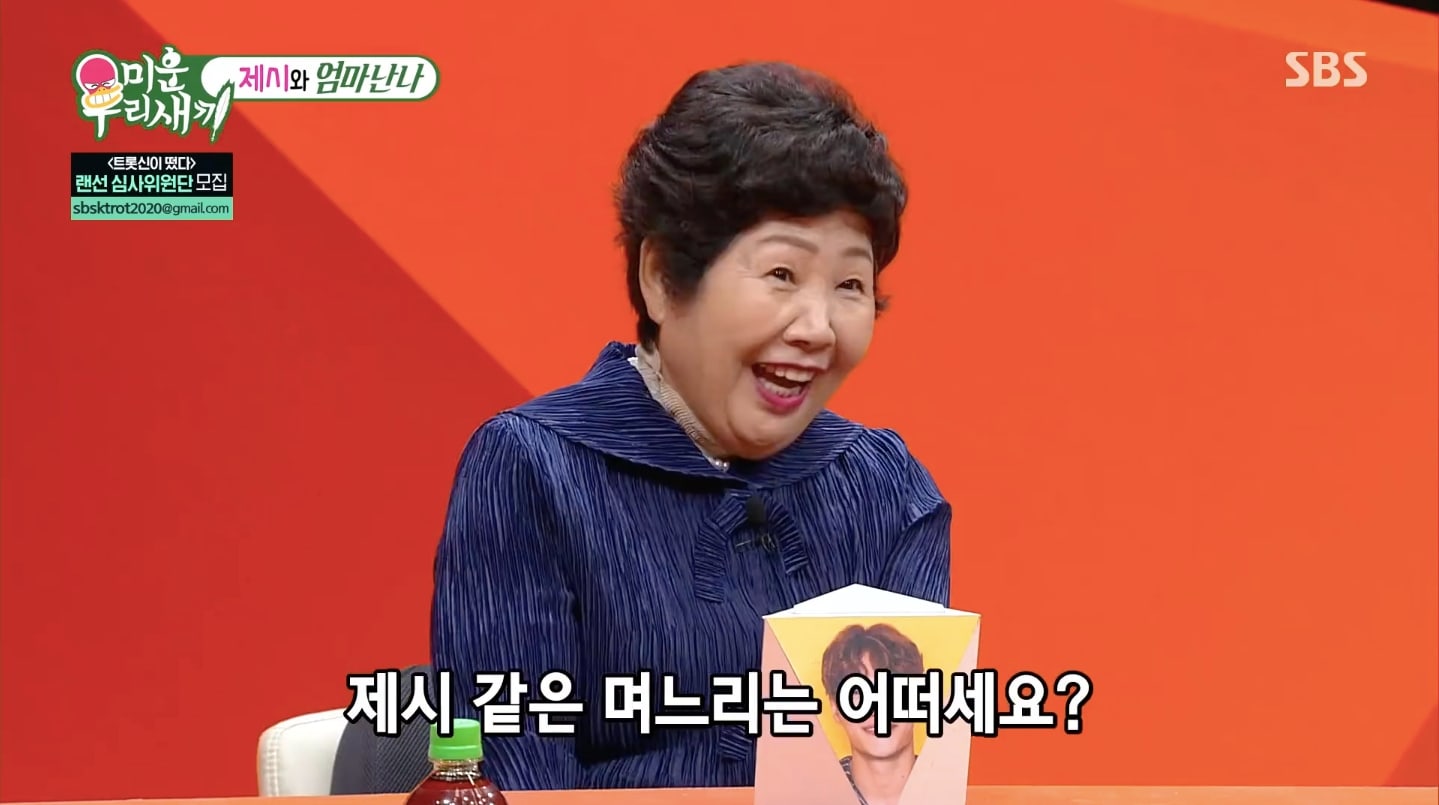 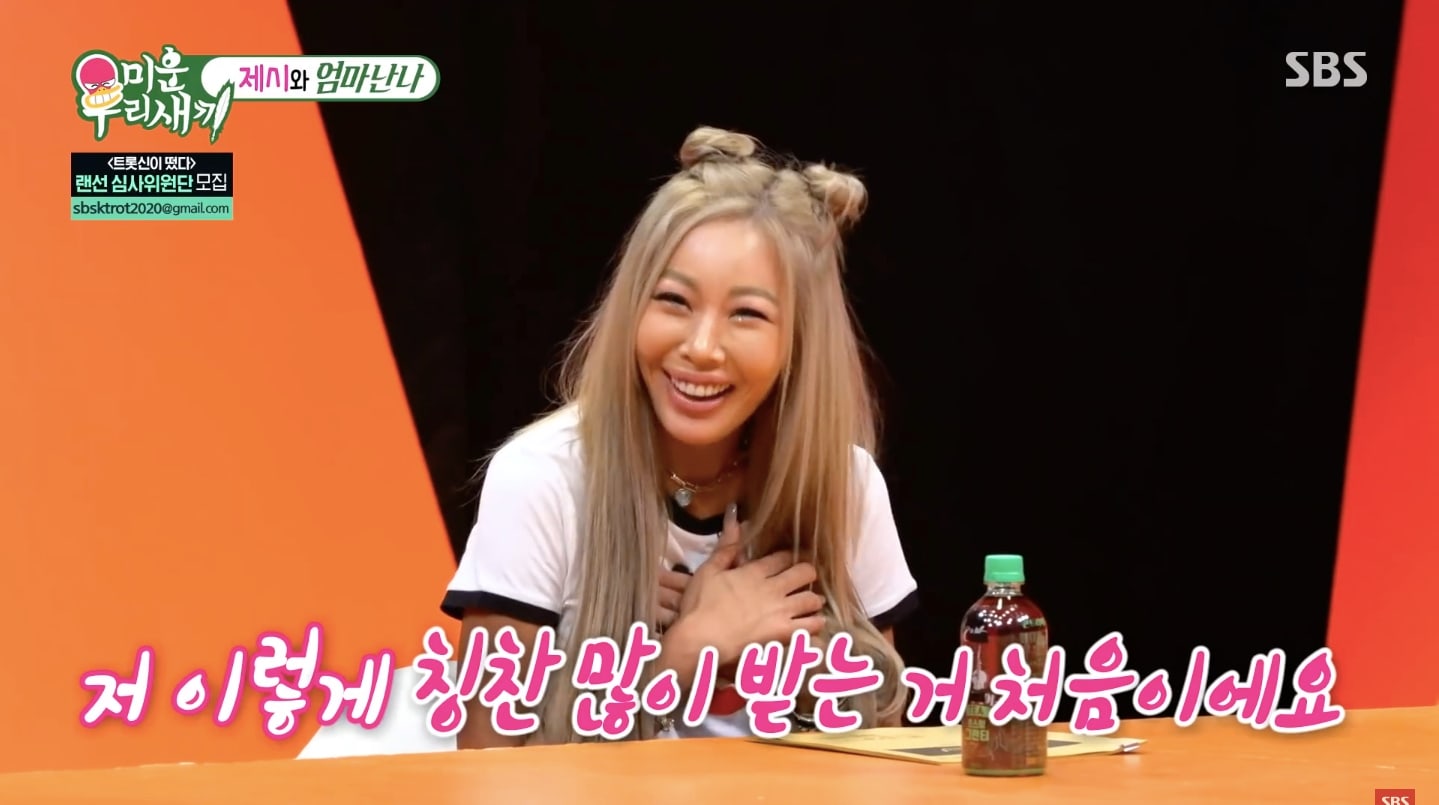 Later on in the show, Jessi and the panelists talked about a key similarity between her and Kim Jong Kook: their inability to throw anything away. Kim Jong Kook’s mom shared, “He even has stuff from 20 years ago,” and Jessi replied, “I’m the same way. Even if people tell me, ‘Throw this away already; it’s broken,’ I somehow can’t bring myself to do it.”

Jessi and Kim Jong Kook also turned out to be similar in terms of their frugality. “I’ll take home any snacks that are available in the dressing room,” said Jessi. “I just feel like it’s a waste not to. If there are tissues, I’ll take those home too.” Seo Jang Hoon commented, “You have a lot in common with Jong Kook,” and Kim Jong Kook’s mom confirmed that her son was exactly like that as well.

Jessi remarked, “Jong Kook is such a kind person. I bet he’s an obedient son and listens to his mom, right? But people who are too similar shouldn’t date each other.”

However, when the MCs later asked her to name the cast member she’d marry if she was forced to make a choice, Jessi still chose Kim Jong Kook. “If I’m taking looks into consideration, Kim Jong Kook,” she replied. “Because I can also converse with him in English. But I don’t think I’d want to actually date him in real life.”

Still, she added with a laugh, “But don’t you think that if Jong Kook and I had a baby together, it would be pretty?” Everyone on set immediately cracked up, with Kim Jong Kook’s mom laughing so hard that she actually had to wipe away her tears as she nodded in agreement. 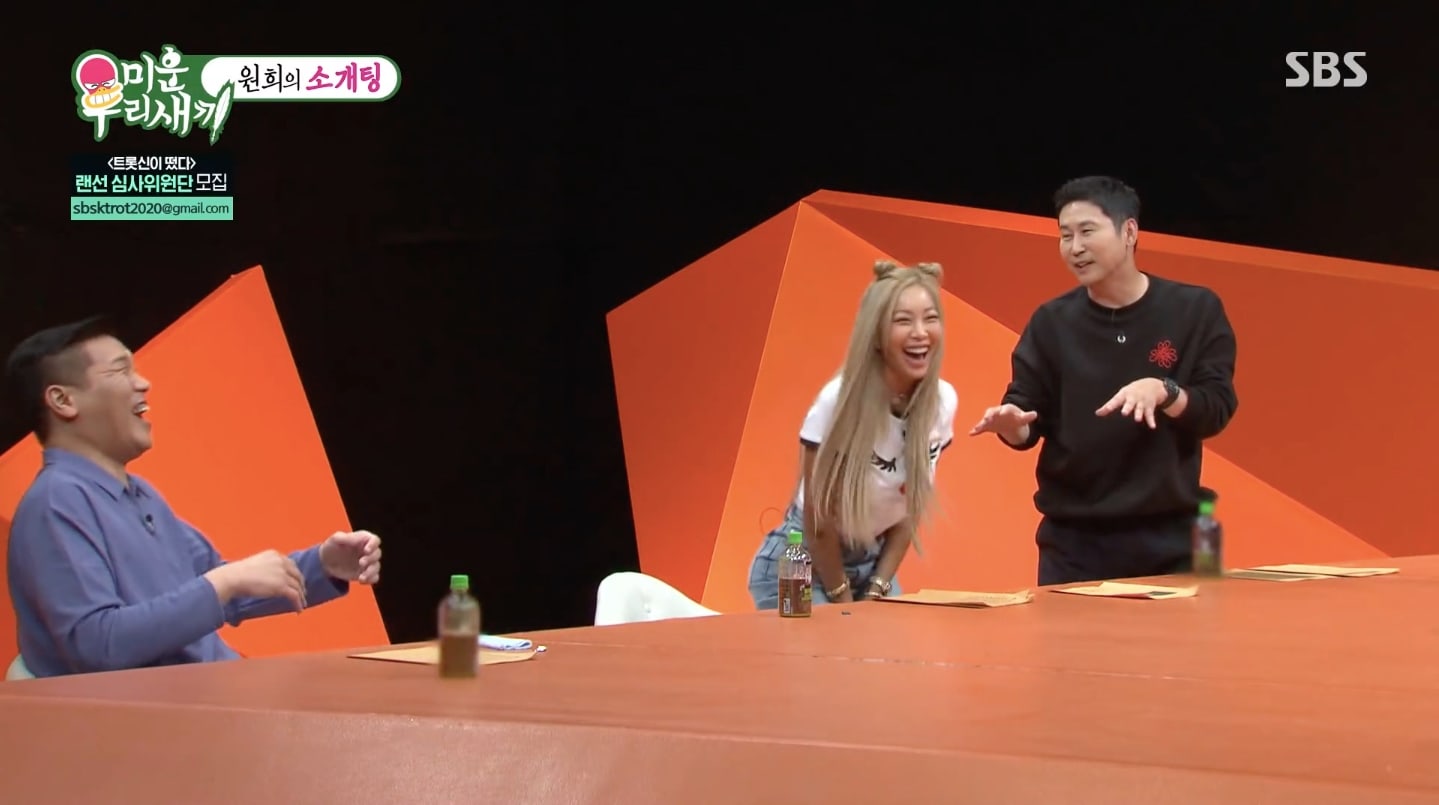 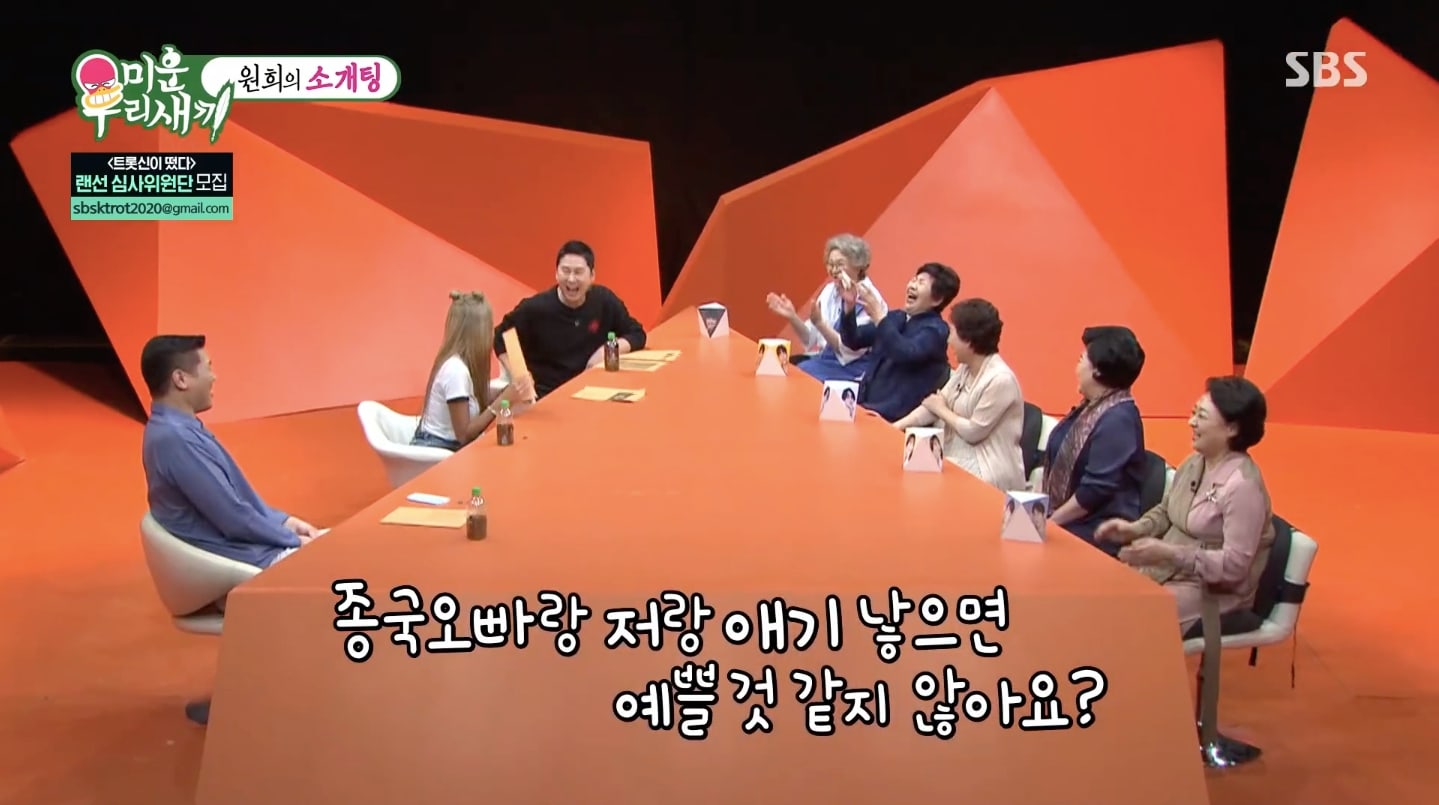 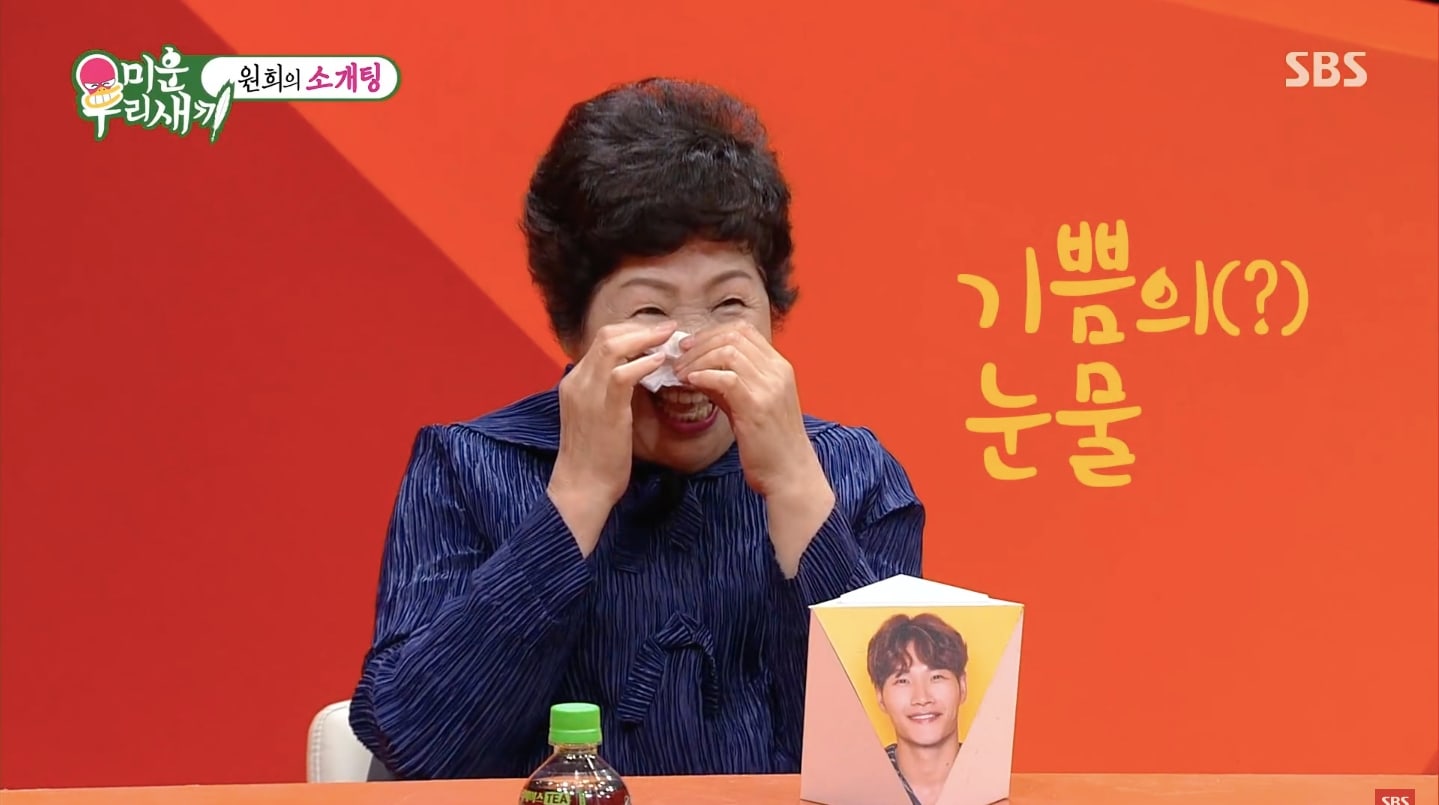 Jessi
Kim Jong Kook
My Ugly Duckling
How does this article make you feel?