Watch: SF9 Reminisces About Happy Memories In “Shine Together” MV For 4th Anniversary

SF9 has released their special album “SPECIAL HISTORY BOOK” and the title track “Shine Together” for their fourth anniversary!

The song is composed by Daniel Kim and Sebastian Berglund, and the lyrics are by Han Sung Ho, Youngbin, Jaeyoon, Zuho, Hwiyoung, and Chani.

SF9 has revealed a music video teaser for their upcoming song “Shine Together”!

SF9 is gearing up for the release of a special album!

On September 28 at 12 p.m. KST, the group released a teaser for their special album “SPECIAL HISTORY BOOK.”

The album will contain three tracks including the title track “Shine Together,” a song expressing gratitude to fans.

“SPECIAL HISTORY BOOK” will be released at 6 p.m. on October 5, which is SF9’s fourth anniversary. 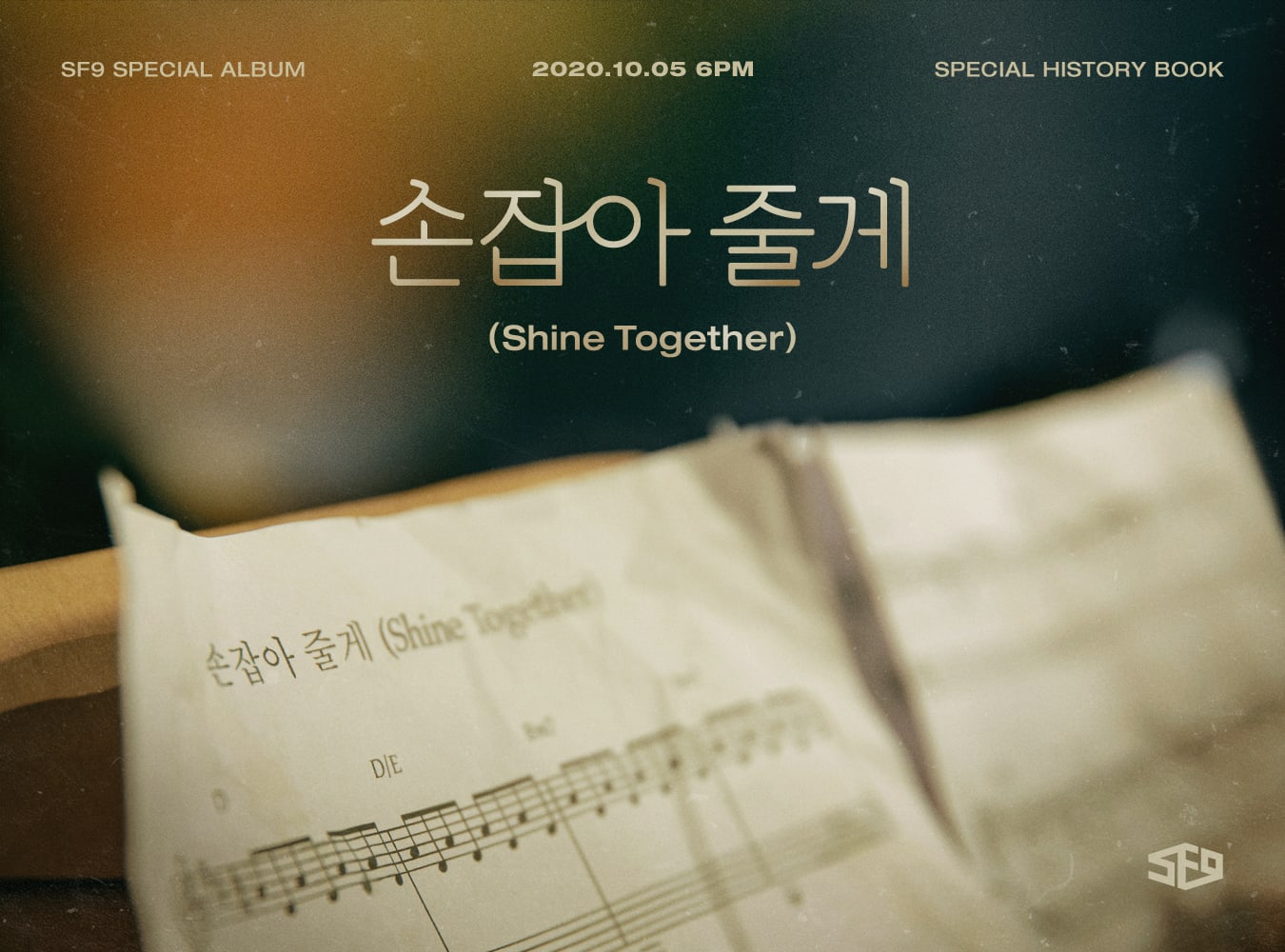