AKMU’s Lee Suhyun has finally made her solo debut!

On October 16 at 6 p.m. KST, she released the music video for her single “Alien”!

AKMU’s Lee Suhyun gets ready for her solo debut today with a D-Day poster! Her single “ALIEN” comes out at 6 p.m. KST. 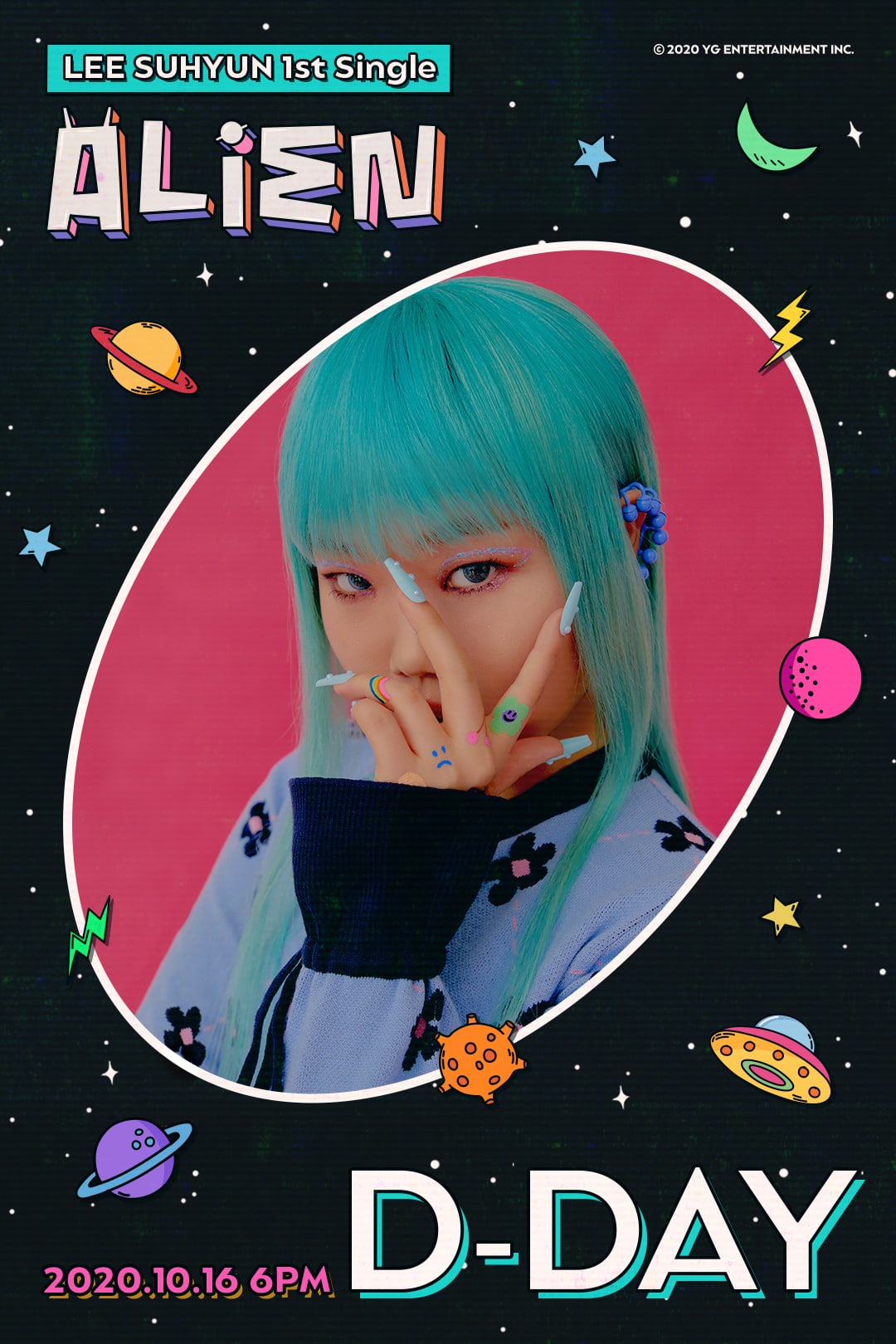 AKMU’s Lee Suhyun shared a D-1 poster for her solo debut on October 16 with “ALIEN”! 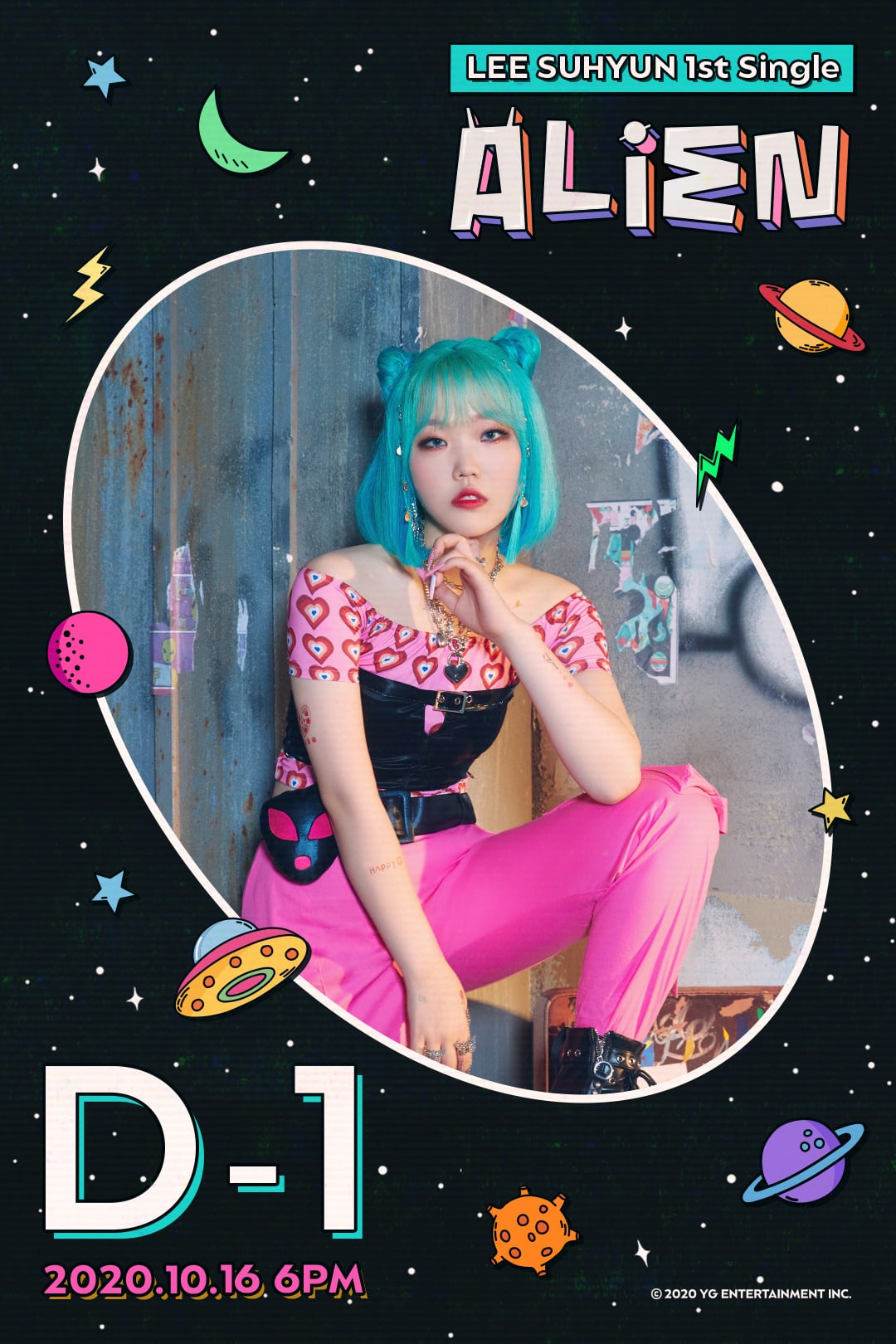 AKMU’s Lee Suhyun has shared a “sampler” for her solo debut! The teaser shows a glimpse of the song as well as Lee Suhyun dancing energetically. Watch it below!

AKMU’s Lee Suhyun revealed a lyrics poster for her solo debut with “ALIEN”! The poster includes the lyrics, “An alien who was born like a secret in the deep and cozy darkness.” 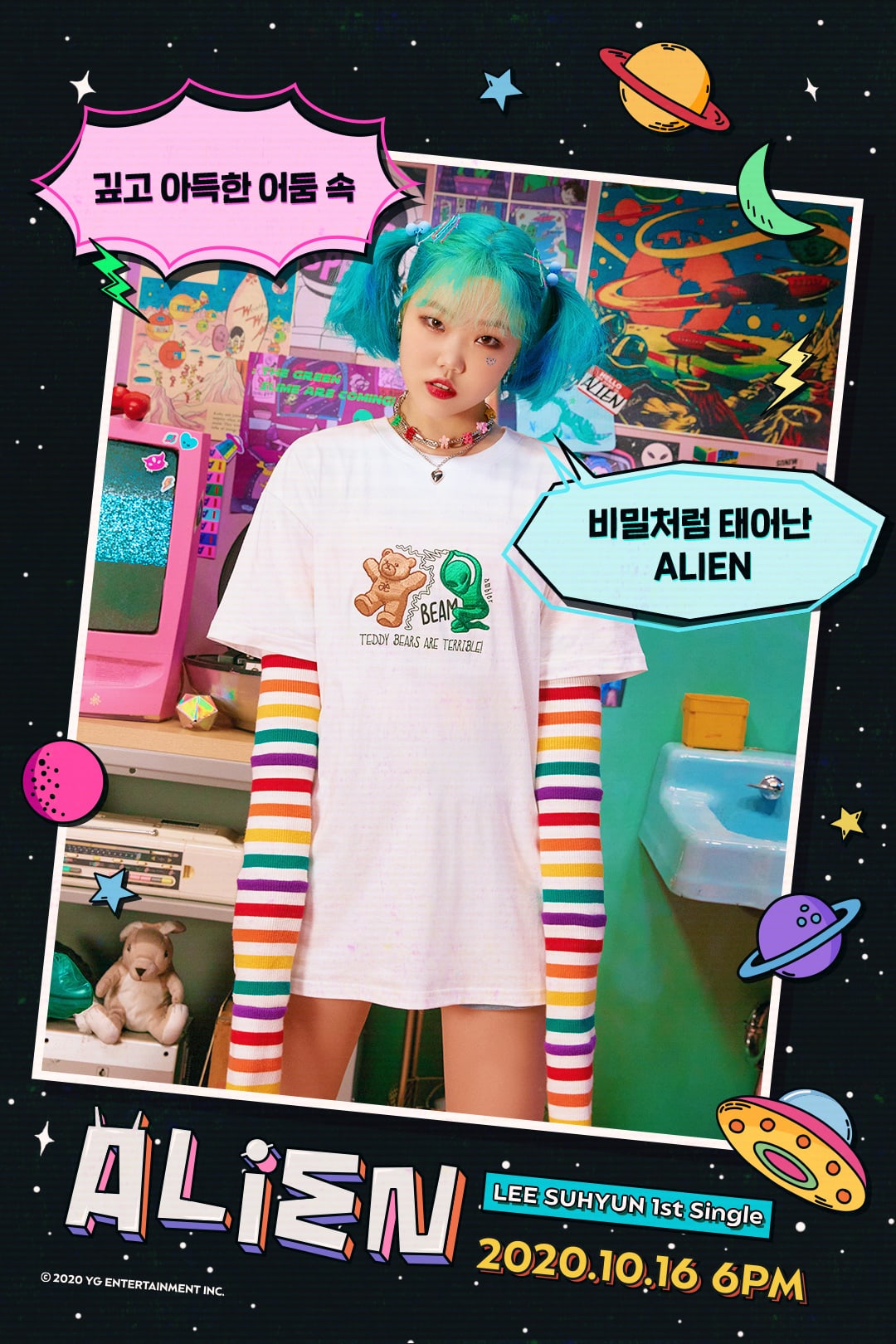 The poster reveals that her upcoming solo debut track was co-written by her brother and fellow AKMU member Lee Chanhyuk, who also penned the lyrics for the song. 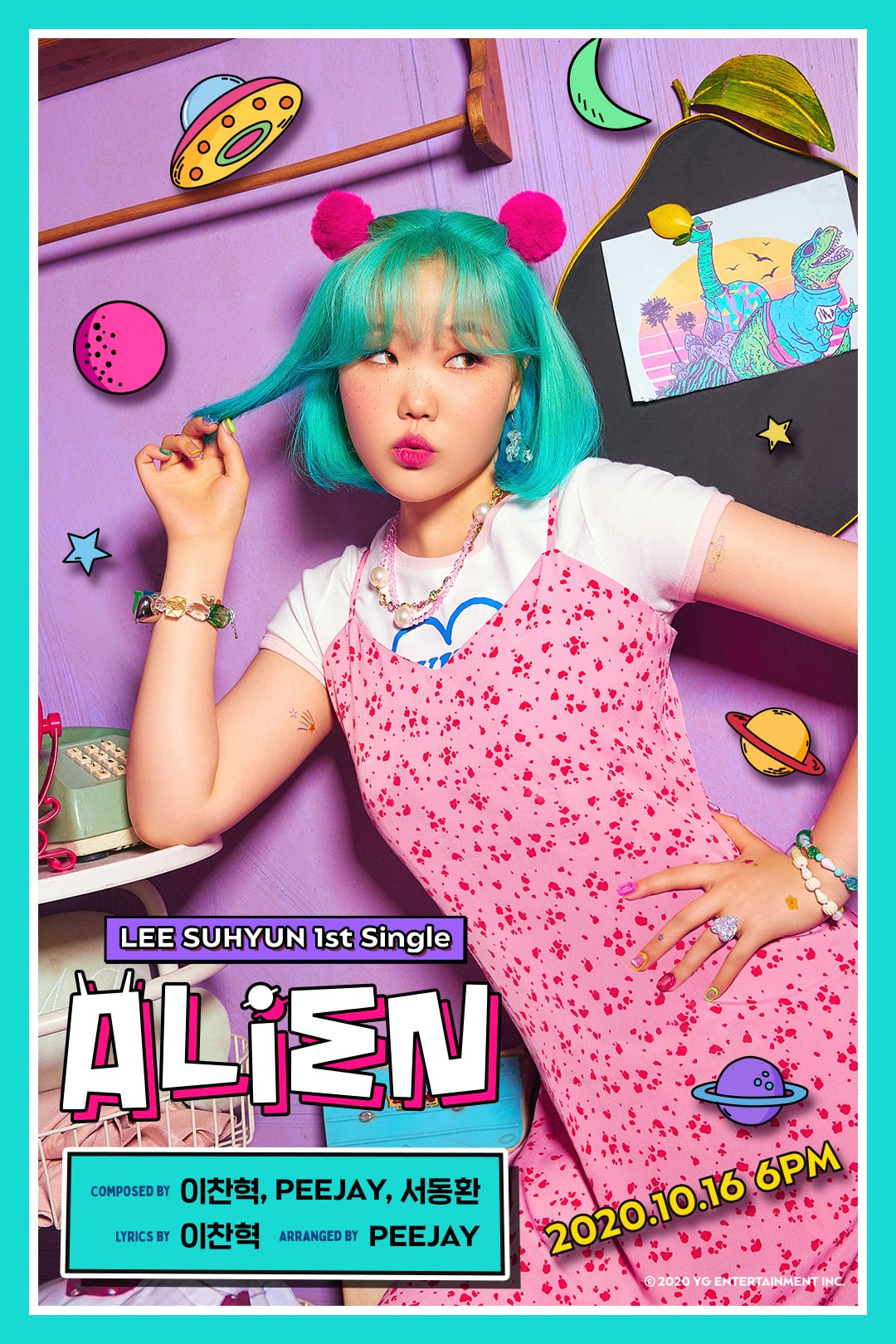 Check out her title poster below: 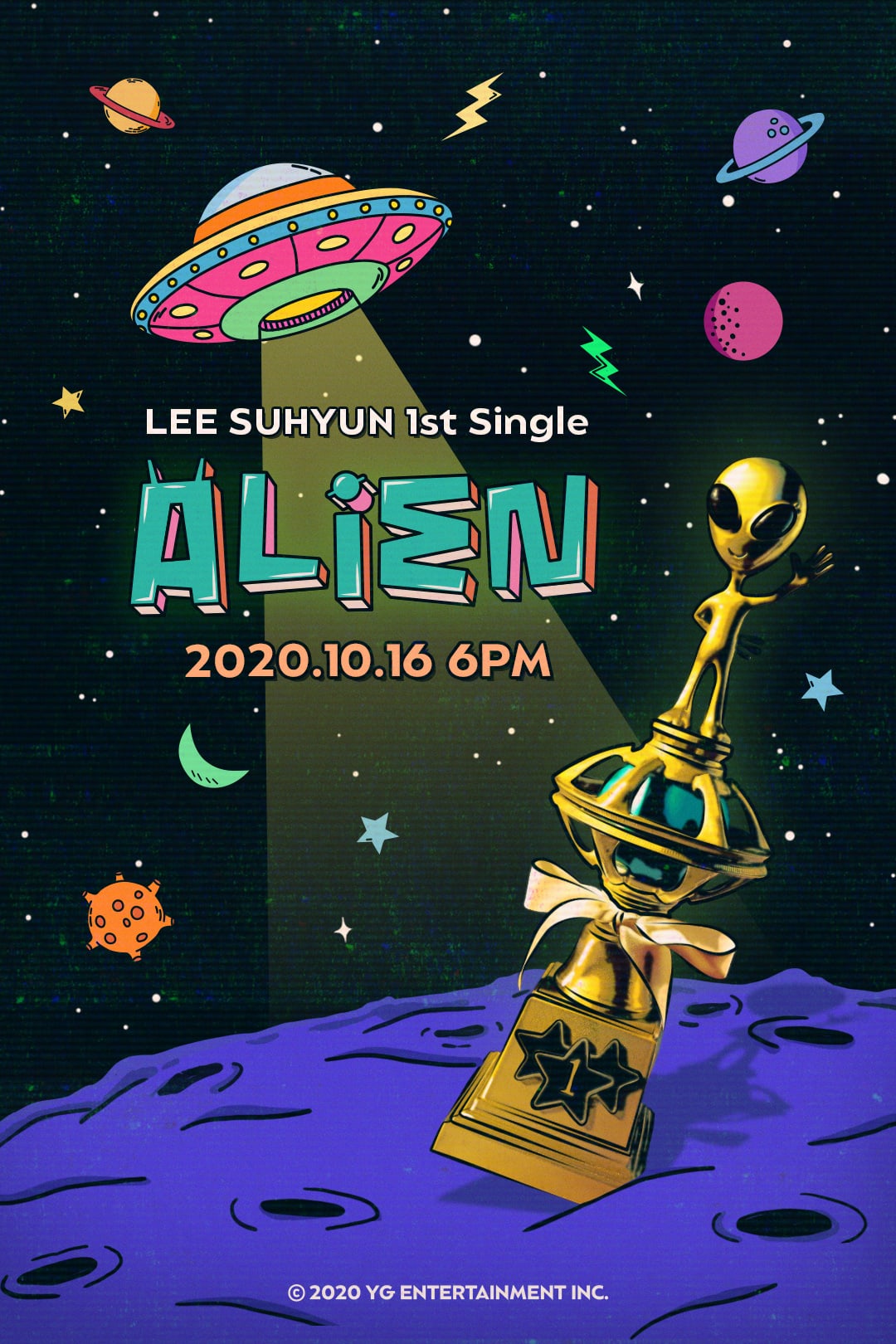 The mysterious teaser shared by YG Entertainment last month has been revealed to be for AKMU member Lee Suhyun’s solo debut!

On October 5, YG unveiled a “coming soon” teaser poster showing Lee Suhyun’s as an alien on her UFO driver’s license. 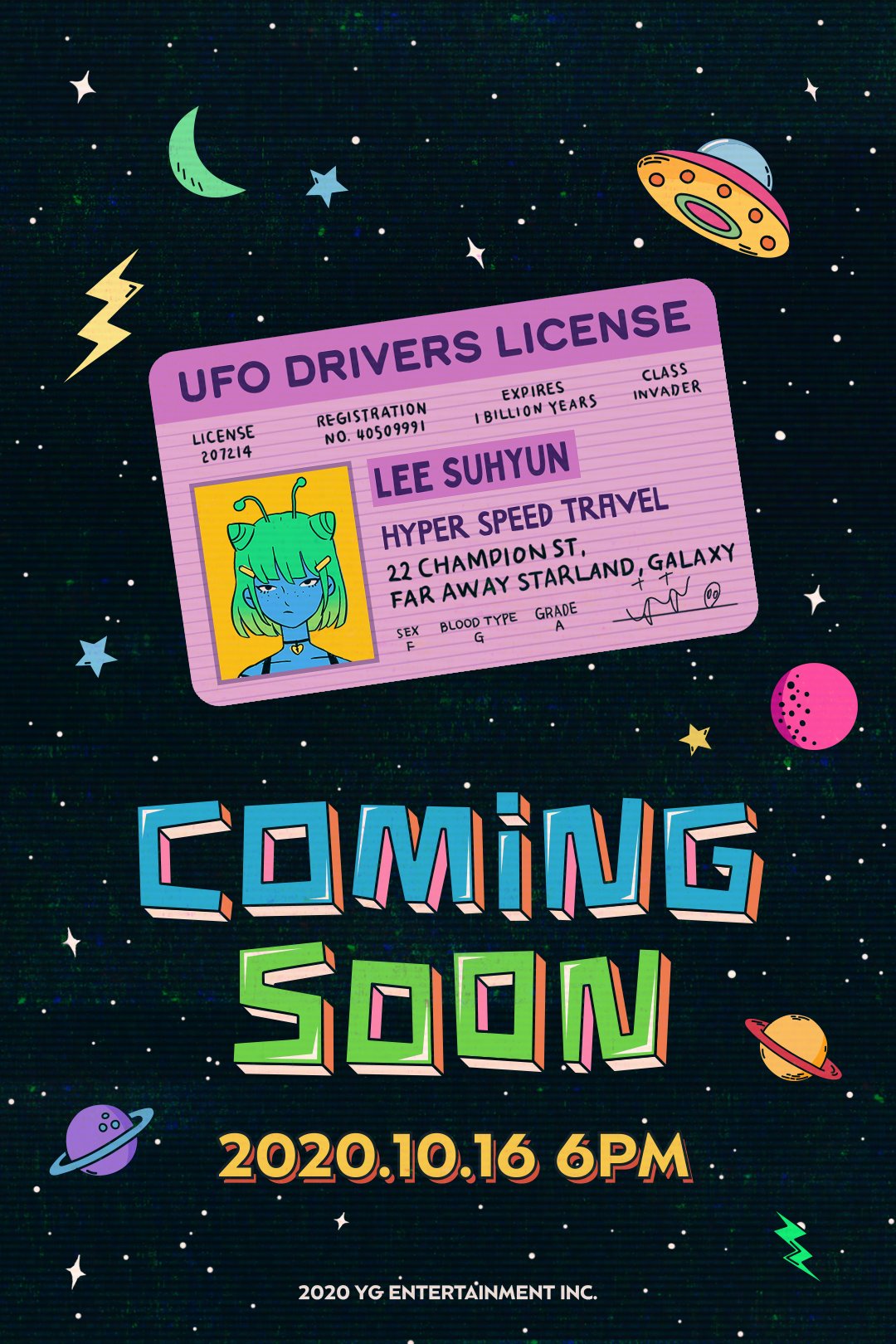 AKMU previously stated through an official announcement that they were preparing to release new songs in new formats three times until the end of the year. The first of these releases will be Lee Suhyun’s first solo track.

A source from YG Entertainment explained, “As you can guess from the unique concept teaser that was revealed today, Lee Suhyun’s solo debut track will be a fresh song that will be out of everyone’s expectations, but we expect it to still be a hit with the public. Lee Suhyun, who has a voice as clear as a glass marble and deep emotions to top it off, will show a side of her that she has never shown in AKMU. You can look forward to it.”

YG Entertainment has released a teaser for something new that’s coming!

The teaser reads, “Who’s next?” and includes the date October 16.

Who do you think is coming up next?

AKMU
Lee Suhyun
YG Entertainment
How does this article make you feel?