MBC’s upcoming drama “The Spies Who Loved Me” has unveiled its main poster featuring Shinhwa’s Eric and Yoo In Na!

“The Spies Who Loved Me” is a suspenseful new romantic comedy about a woman who inadvertently gets caught up in the world of espionage. Yoo In Na will star as Kang Ah Reum, a wedding dress designer who’s been married twice, to two husbands who both harbor many secrets. Eric will star as Kang Ah Reum’s first husband Jun Ji Hoon, a charming and unpredictable secret agent who works for Interpol.

The new poster gives viewers a glimpse of the thrill of the chase as Jun Ji Hoon and Kang Ah Reum sit on the back of a motorcycle while traversing the city by night. Jun Ji Hoon shoots a charismatic look towards the camera, and a wedding veil flows dramatically behind Kang Ah Reum, giving her an alluring aura. 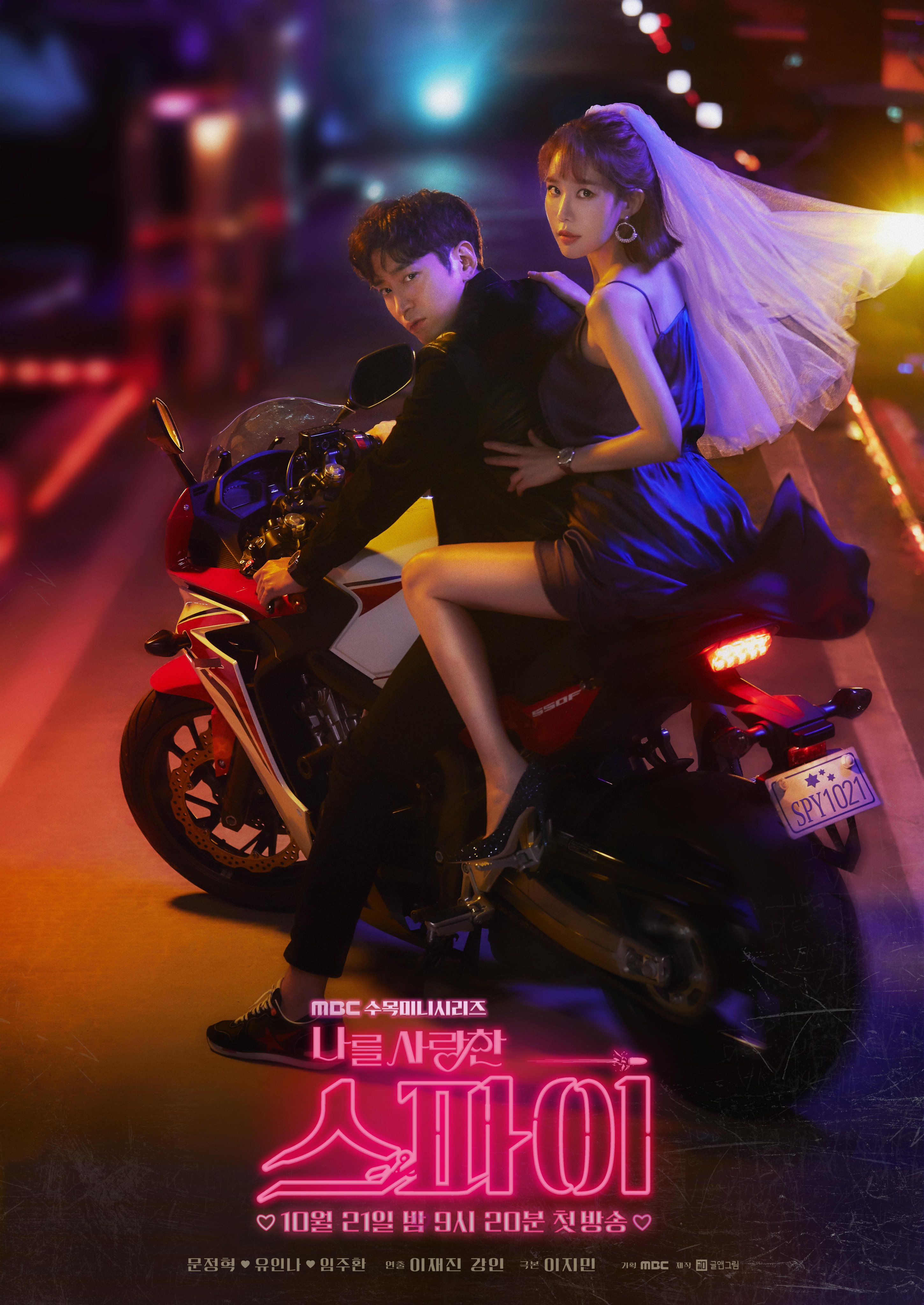 Viewers are already anticipating Eric’s transformation into Jun Ji Hoon, an Interpol spy going undercover as a travel photographer. Although skilled as a wedding dress designer, Kang Ah Reum will also discover a hidden talent for espionage as well when she gets caught up in a spy war with her ex-husband and her corporate spy current husband Derek Hyun (played by Im Joo Hwan).

The drama’s production team commented, “The poster reveals the hidden plot twist of the drama in an intriguing way. Eric and Yoo In Na’s synergy is displayed in a single picture.” Raising anticipation for the drama, they added, “It will be hot and electrifying, as a romantic spy drama should be.”