KBS weekend drama “Homemade Love Story” has responded to viewer complaints about one of its recent scenes.

On September 29, the production staff of “Homemade Love Story” issued a statement that said, “We have humbly listened to the discomfort voiced by viewers about a scene that aired on September 27. We will alter the scene for reruns, replays, and future broadcasts. In future, we will do our best to produce with more careful attention.”

The scene in question comes from episode four. Woo Hae Hee (Lee Jang Woo) had moved into the Samkwang Villa. Lee Bit Chae Woon (Jin Ki Joo) accidentally ran into him in the bathroom after he had finished showering and mistook him for a pervert. She knocked him out with a toilet plunger and his bathrobe fell open to reveal his private parts, which were blurred out onscreen. At the same time, the drama had added a sound effect like an elephant trumpeting. 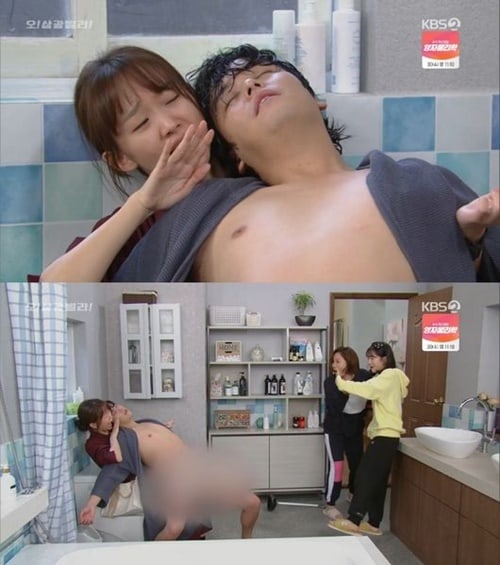 After the broadcast, viewers complained on KBS’s viewer message board and sent in civil complaints about the scene to the Korea Communications Standards Commission (KCSC).

Homemade Love Story
How does this article make you feel?