Lee Do Hyun On The Story Of How He Became An Actor, Turning Points In His Life, And More

Lee Do Hyun sat down for an interview with W Korea about his history, goals, and more!

The magazine asked Lee Do Hyun if there have been any memorable things he’s been told by writers or directors. “That brings up a memory of when I was told that my smile was charming,” he said. “Before that, I wasn’t able to smile with confidence, but I gained the courage to do so after that. I tried to use it like a weapon when I was filming ‘Hotel Del Luna‘ too. I was encouraged by the many people who love my smile.”

Lee Do Hyun recently mentioned on “Ask Us Anything” that he used to play basketball, and he shared in the interview that he’d spent a lot of time playing the sport in his school days. He said, “I was a point guard. If my father hadn’t been against it, I think I would have continued in sports.”

When asked why he’d opposed it, Lee Do Hyun explained, “My father was a baseball player when he was young, and we spent a lot of time playing sports together when I was a kid. But I think he was against it because he’s had experience in sports so he knows how difficult it is.” 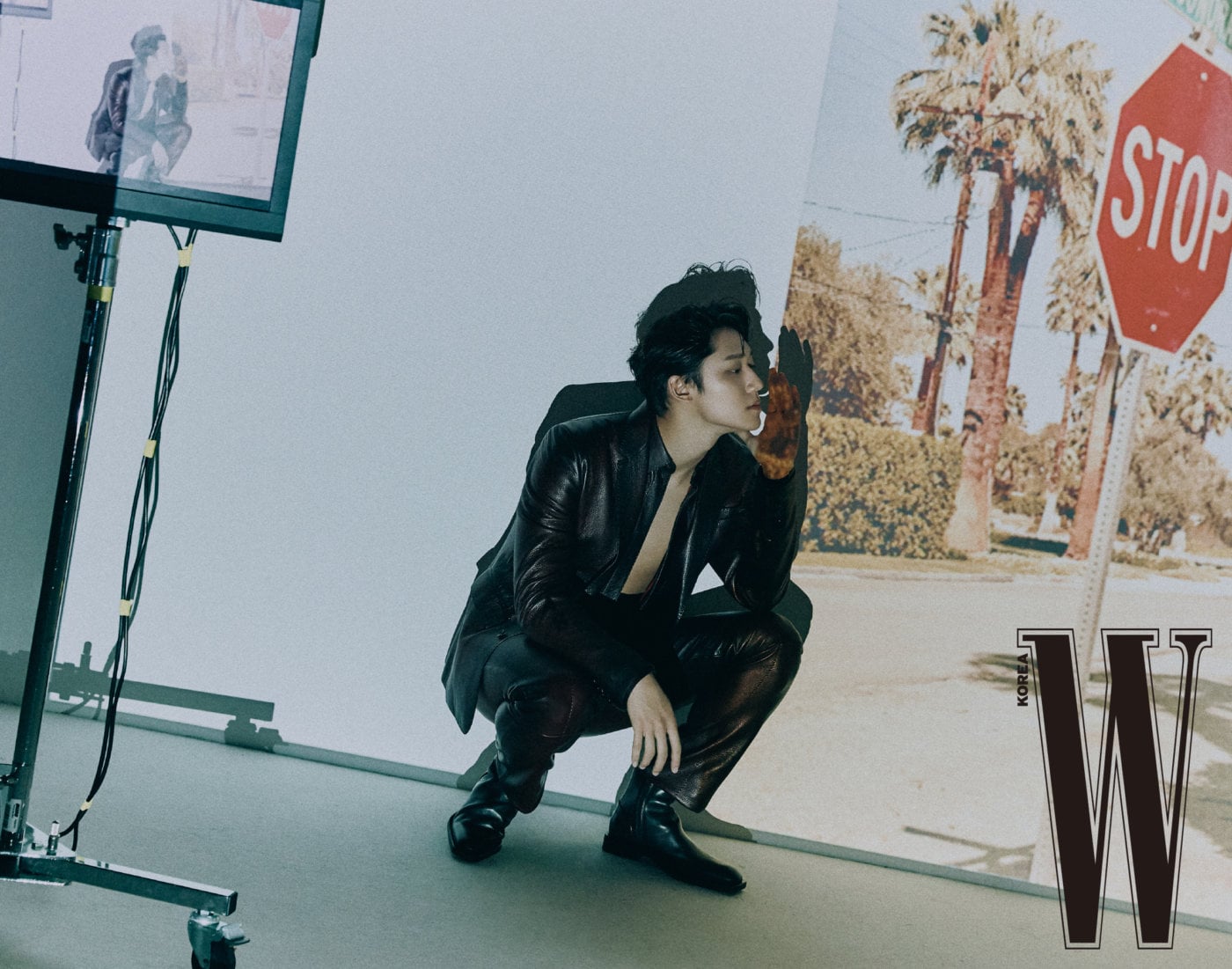 Lee Do Hyun went on to talk about how he’d ended up dreaming of being a celebrity. “It wasn’t something that I had a definite idea about,” he said. “I just wasn’t that interested in studying. There was this space where students could go to study and also rest, it was like a dormitory although it was an ordinary home. My mother sent me to that kind of place, saying, ‘Go do some studying.’ She bought an electronic organizer for me to use as an English dictionary and studying tool, but I’d sit on the sofa and watch films on it. I watched the movie ‘Sunflower’ over and over…”

The interviewer wondered what it was about that film, saying that many actors talk about Kim Rae Won‘s performance in “Sunflower.” He replied, “Ah, it’s an unforgettable film, of course. Anyway, after watching movies like that, I ended up naturally drawn to acting. My father objected again [laughs]. He said that it was just a fleeting idea that people might dream about when they’re a teenager. I convinced my mother, so I started attending an acting academy when I was in the second half of my second year at high school, and I only told my father the truth when it came time for college entrance exams.” 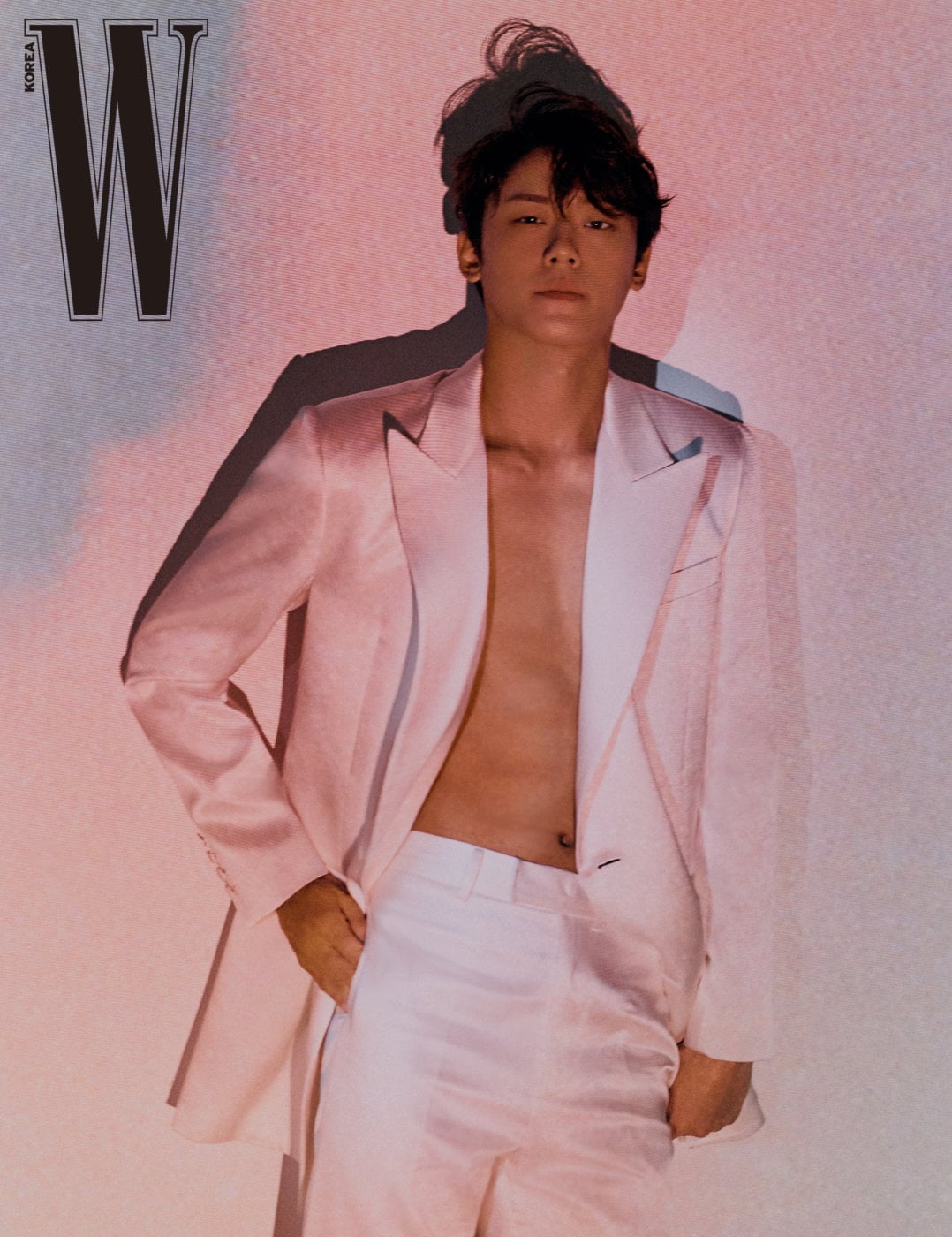 He was asked if he had felt intimidated by others at his acting academy. “I didn’t feel intimidated, I was conceited,” he said, saying that he’d thought “I’m good-looking and good at acting.”

“I went to the admission exams with that confident attitude, but I failed them all,” he admitted. “I came to my senses while I was studying to try again the next year. I think I gradually learned how to be humble then.” Lee Do Hyun ended up being admitted to the drama department of Chung-Ang University.

He went on to say that his experience with entrance exams had changed his attitude toward both acting and life. “My life’s motto is always, ‘work hard,'” he said. “I work hard at whatever I’m given.” 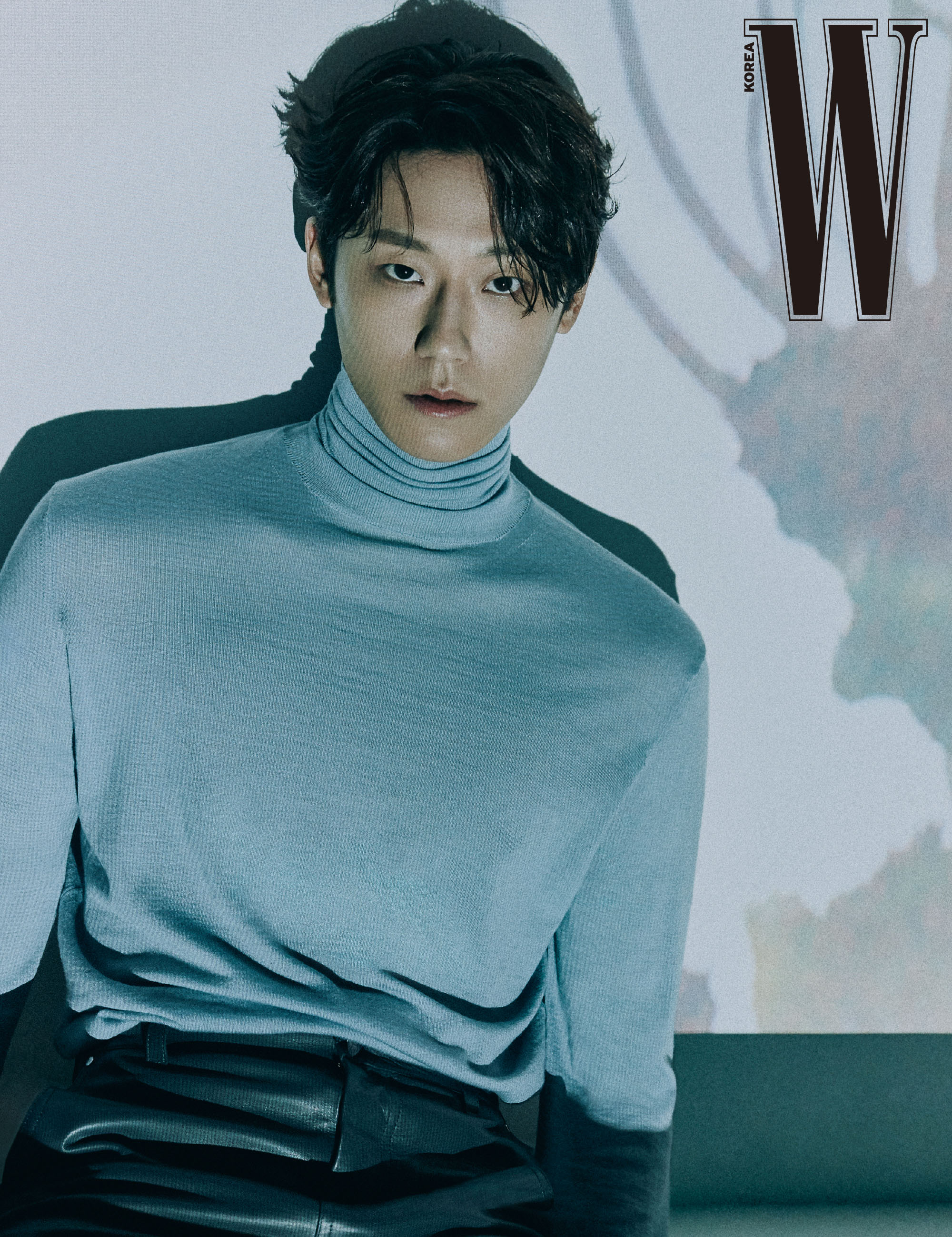 Lee Do Hyun was asked to describe the kind of acting style he enjoys. “I like an enjoyable and cheerful style,” he said. “It’s fun for me too when I’m doing that kind of performance, and I still find it hard to play a cool guy role. It’s not that I get embarrassed; I doubt whether I’m doing a good job. Lee Byung Hun seems like someone who’s both an excellent actor and also witty. I want to be relaxed like that at some point too.”

When asked how he feels about acting now that he’s been doing it for a while, he replied, “It becomes harder the more I do it. I once complained to Director Lee Eung Bok that it was difficult and tough, and he said just one thing to me. ‘Wouldn’t it be no fun if it were easy?’ I felt like I’d been hit by a hammer. I’d started doing this job because it was fun, so why did I keep thinking it was hard?”

On the topic of his aspirations for the future, Lee Do Hyun shared that he wants to be called a “master of rom-coms.” He continued, “I think I’ll continue to want to do romantic-comedies until I enlist in the military, and I want to be known as a ‘sexy actor’ once I return from the military and after I turn 30.” 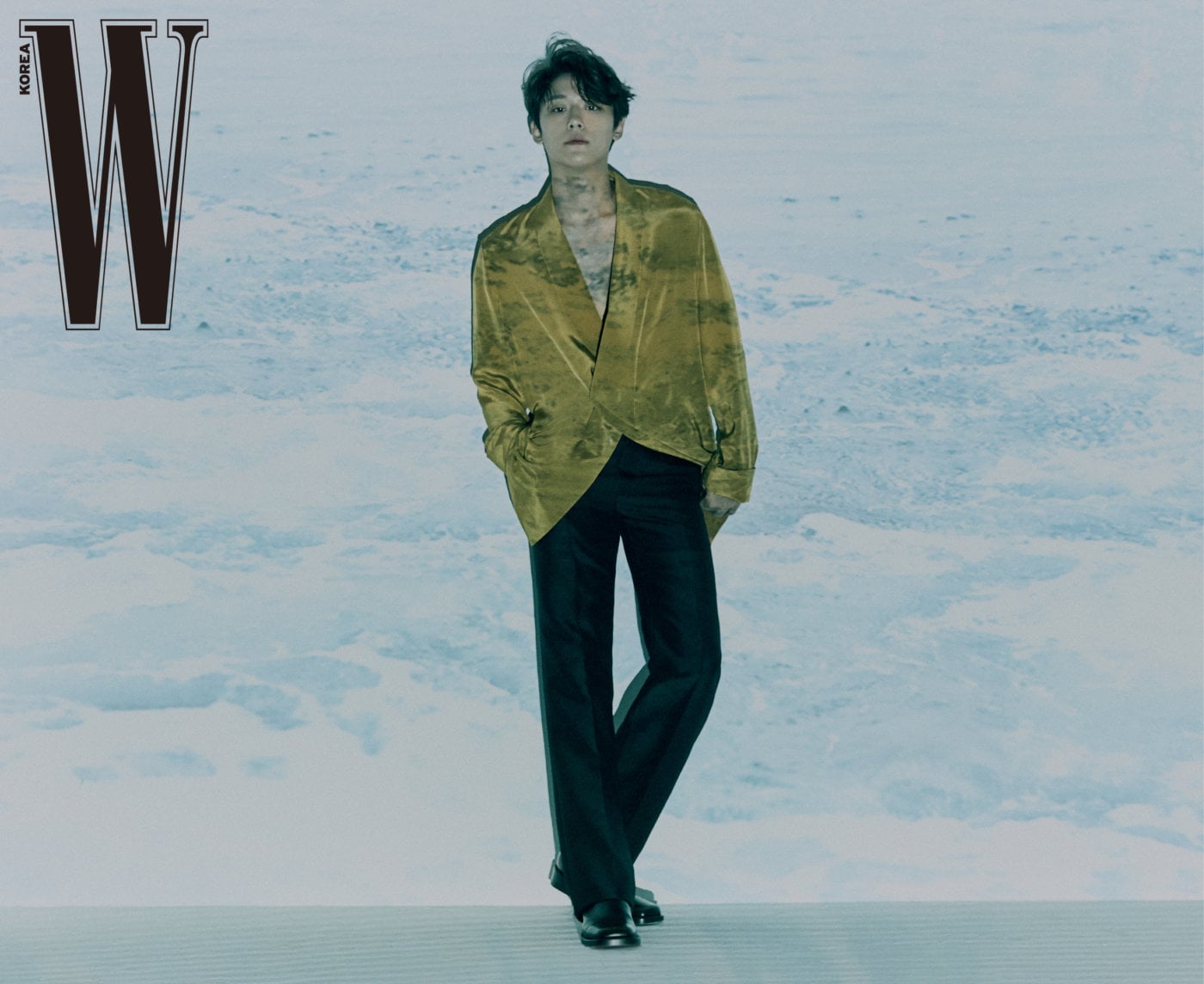 When Lee Do Hyun spoke about what he’d like to do if he earns a lot of money, he described how he wants to pay back his parents’ debt so that they can use the allowance money he gives them on themselves instead. The interviewer also mentioned that they’d heard he has a disabled younger brother, and they asked him if he’d spent a lot of time looking after him as a child.

“It’s not major, but he has a bit of an intellectual disability,” he replied. “I think at one point, because I was young, I felt embarrassed about him, but one day when I was in middle school, he came home after being bullied. I went out and scolded the kids who’d bullied him. After that, even if it wasn’t over a bullying issue, I took care of him a bit more. Recently too, I went to the place where he works and handed out drinks and said hello.” 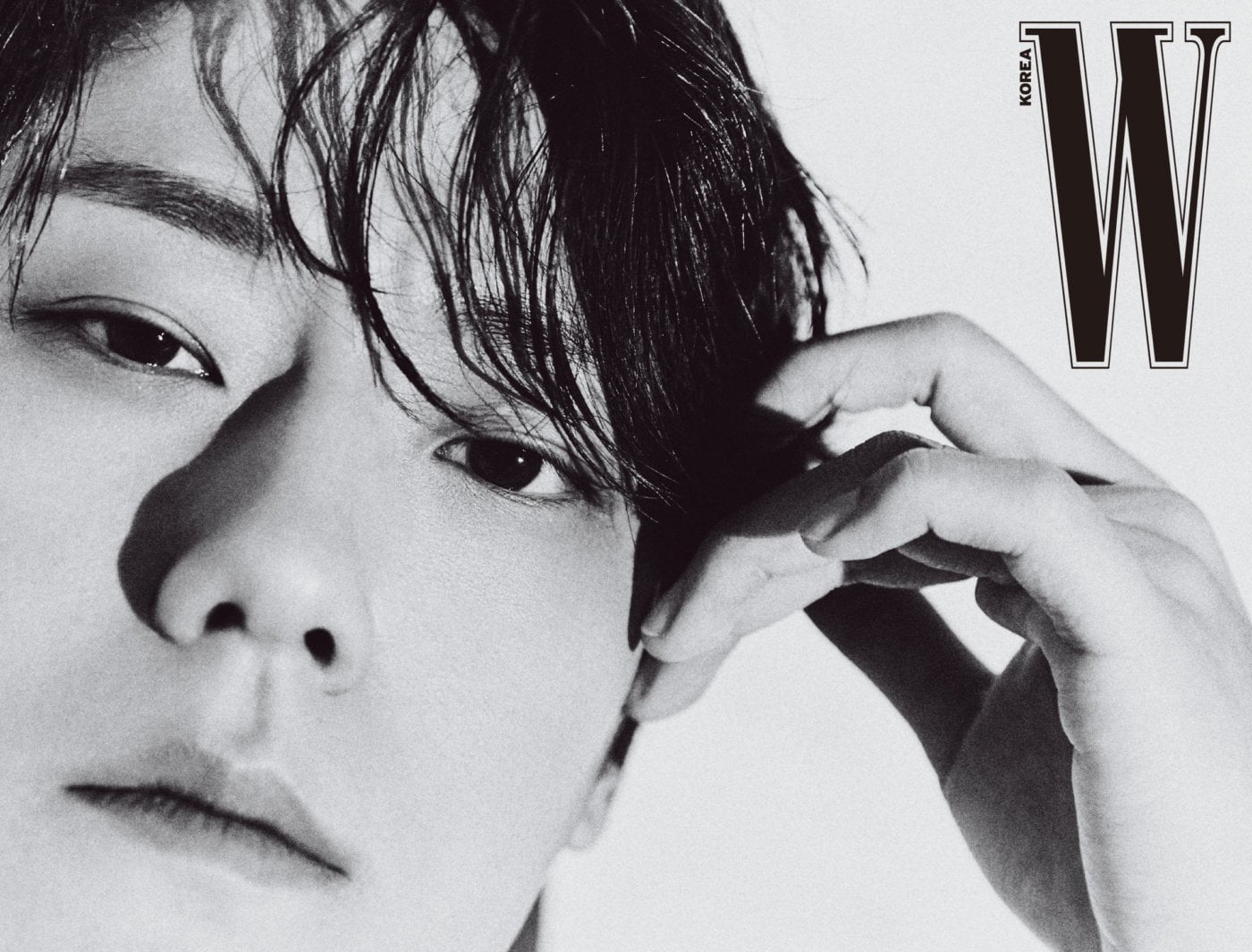 The interviewer mentioned to him that there have been a lot of points in his life that have brought change, such as failing his entrance exam and changing his attitude, gaining courage about his smile thanks to a director, and starting to take care of his brother after the bullying. Since Lee Do Hyun expressed how he’s careful not to become conceited, he was asked what he’d do if he changed after becoming a star.

“I’m going to keep my senses about me,” he said. “I’ve already told the people around me if that if it seems like I’ve changed, I want them to give me a slap across the face.”

The full pictorial and interview with Lee Do Hyun can be found in the October issue of W Korea. 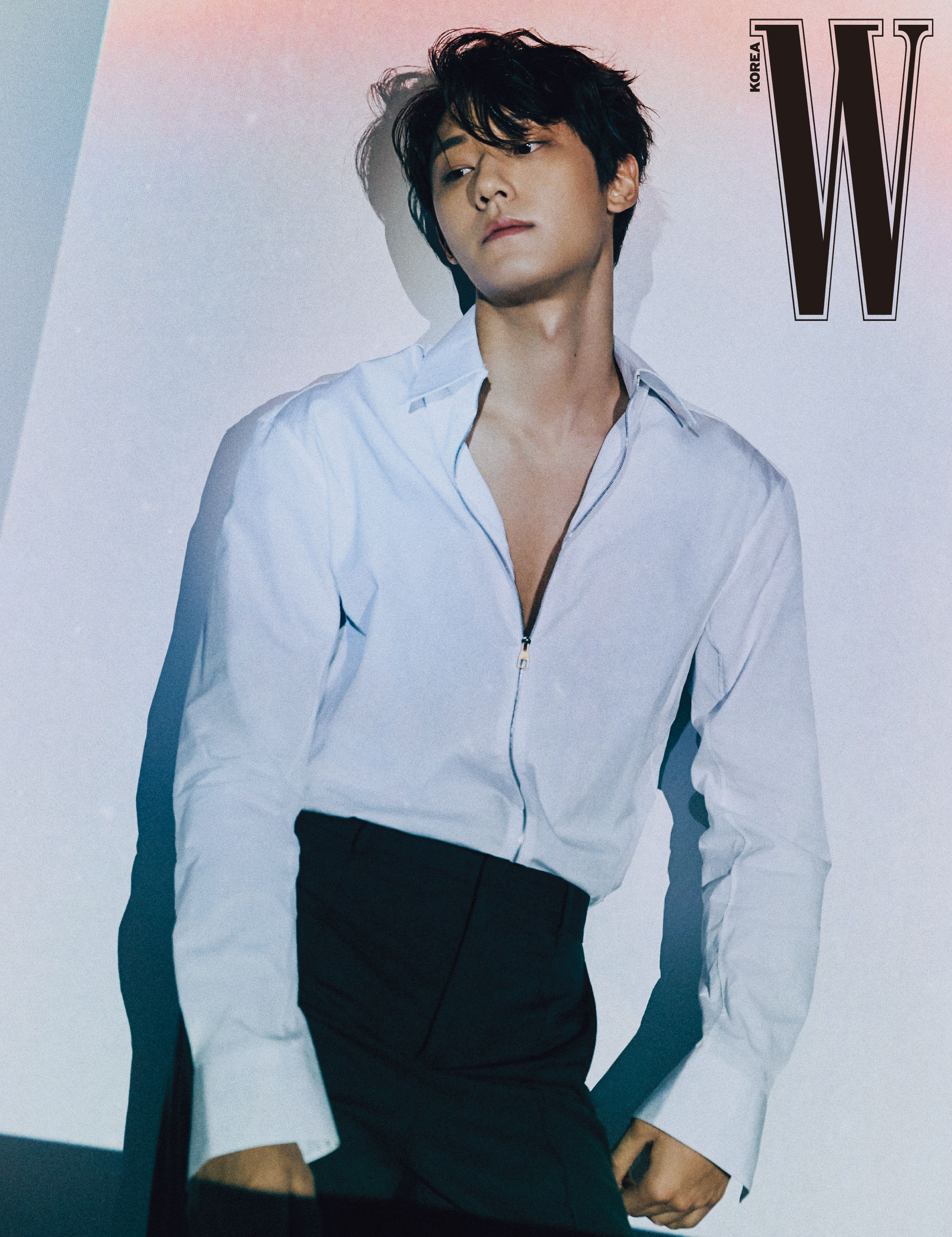 W Korea
Lee Do Hyun
How does this article make you feel?