The Boyz Discuss How They’ve Matured, Ups And Downs Of Having A Big Group, And More

The latest edition of Vogue magazine features the handsome members of The Boyz!

The group described themselves as a “developing group,” explaining that they can confidently say that they will continue to grow in the future and are looking forward to their future selves. 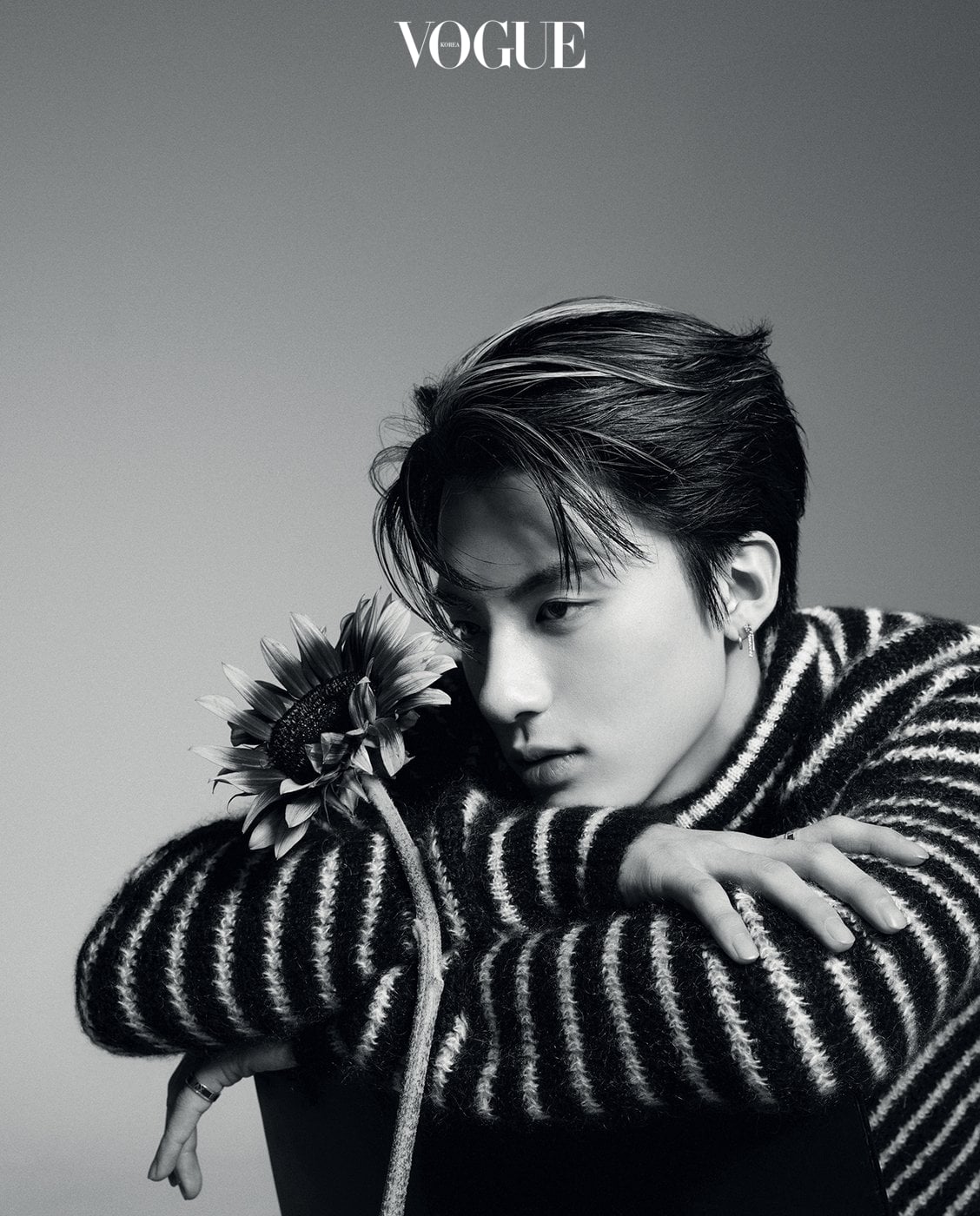 The interviewer explained that the one question they desperately wanted to ask the group was “How are you so good?” After gathering up the members’ answers, they concluded that the secrets were their “mental attitudes” and “energy.” Eric added, “In order to gain recognition, all the members had firmly decided that we would do anything and everything. Our first performance for ‘Danger’ received such a positive response. We had asked our dance teacher what we were supposed to do for the next few rounds if we poured everything into this performance. We even asked, ‘Do we have to come in riding a helicopter?’ We all thought we wouldn’t be able to top our first round performance, but we could continue creating impressive performances once we combined all of our ideas.”

The group also explained their chant “The Boyz Get It? Got It!” which they shout before performing. They explained, “While promoting, you get tired and everything gets pretty chaotic. We made this chant in order to avoid making mistakes on stage. Instead of saying something simple like ‘We can do it,’ it holds the meaning of ‘Let’s pay attention, let’s do it properly, and let’s do it well.’ When we chant this before going on stage, we receive strength.” 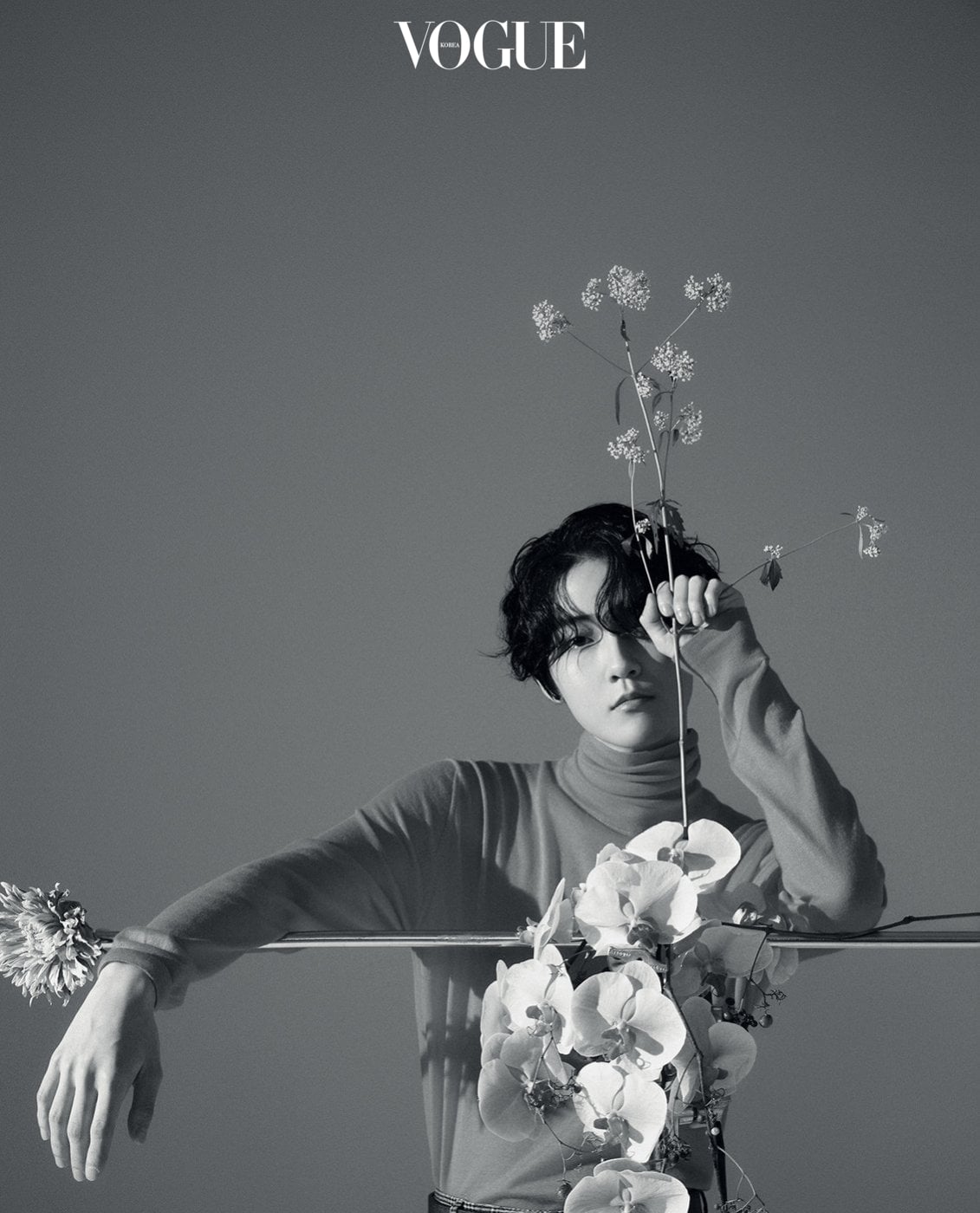 Last year, Billboard described The Boyz as “a group that is maturing while enjoying their work.” Juyeon agreed with this sentiment, commenting, “There are so many personal challenges, but I think I pay a lot of attention to the vibe that only comes out when you’re genuinely enjoying yourself. In the past, I had more concern for doing well than enjoying myself. When I watch videos from our debut, I really don’t look relaxed. I really think experience and confidence play the biggest roles in that.”

In line with the group’s growth, New touched on his personal development. He shared, “At first, I was a member who was really lacking in terms of dance. Our choreography was so difficult that there was a time I said I couldn’t perform live. Fascinatingly enough, the more I do it, the better it works out.” 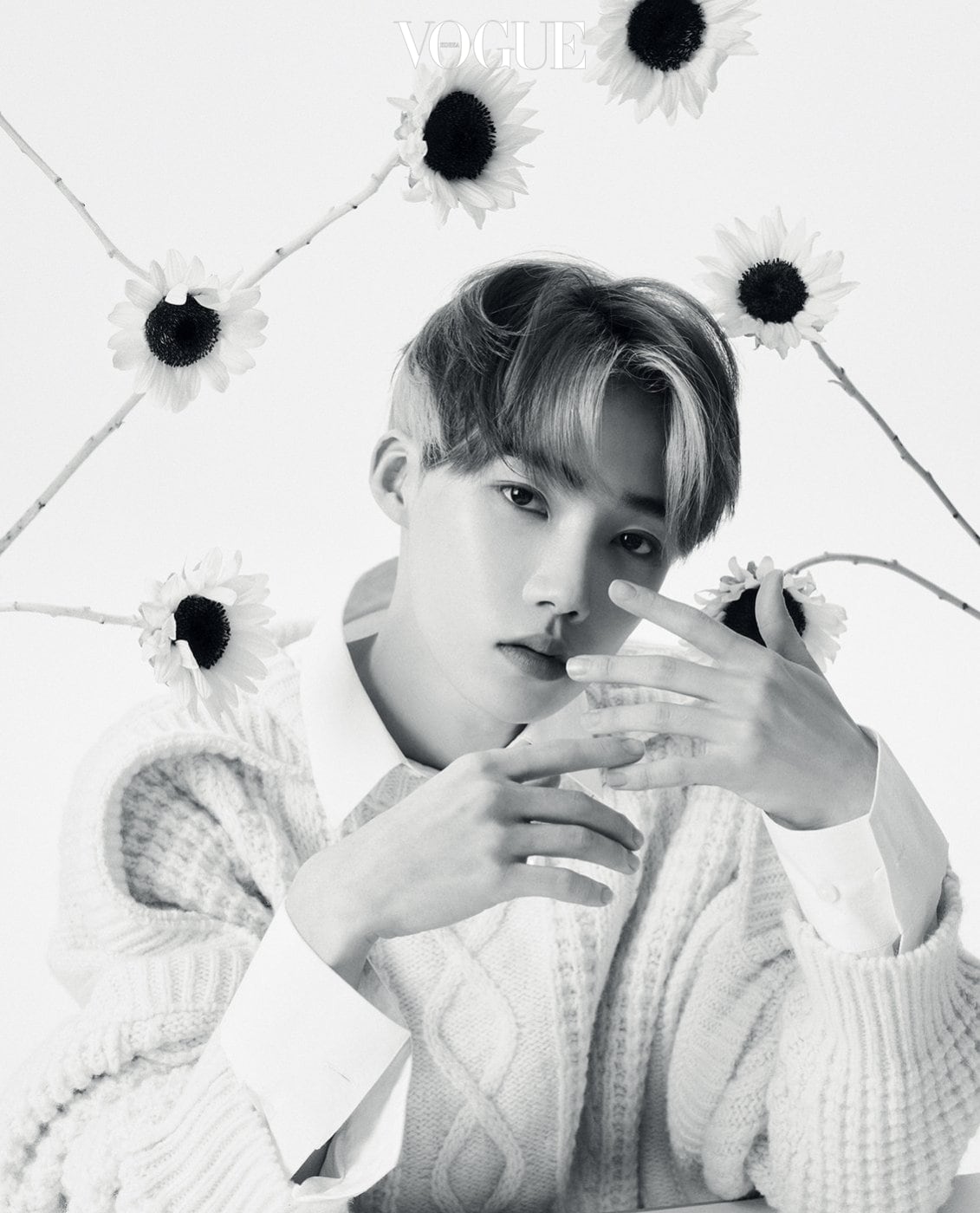 New also talked about his hesitation about appearing on “Road to Kingdom.” He explained, “We make music to be happy so I didn’t want to receive stress about a competition. But my members often told me that I was able to take on this kind of challenge. That’s why I’m so thankful to my members. It was so hard to memorize choreography in such a short time, but there were so many moments where just having the 10 of them by my side was comforting.”

In addition to many of their other title tracks, Sunwoo has participated in the rap making of The Boyz’s latest song “The Stealer.” He pinpointed the key to writing lyrics to be “imagination,” explaining, “Ever since I was young, I have had such a big imagination that even when I see the same thing, I think of it differently. For example, if it’s a fact that ‘the candle went out because you blew on it,’ I imagine in detail the emotions leading up to blowing out the candle and why it’s being blown.” 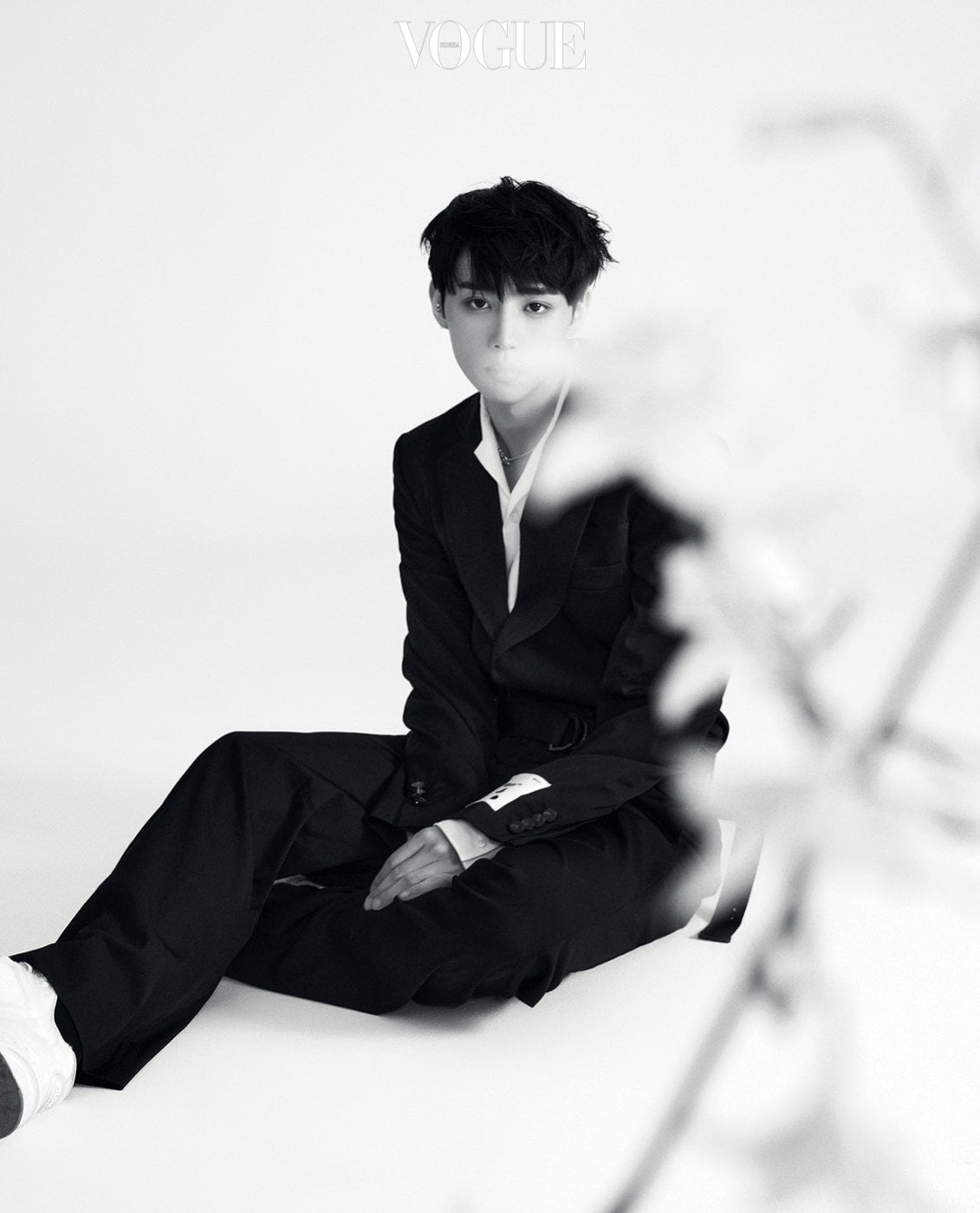 Sunwoo continued, “Although I’m usually stuck before writing, if I start imagining after listening to the MR, my lyrics are somehow completed. I try to convey emotions that a lot of people have felt. If I write an honest story, someone will relate to it. Although songs that give hope are good too, I hope to one day gift our fans a song that is like an autobiography.”

Despite having 11 members, Q explained that The Boyz each have different energy and styles. Sangyeon added, “It’s our strength that we’re a group with many members because we can fill the stage without any dancers and can tell a story through a performance by ourselves.” Ju Haknyeon chimed in with a hilarious downside, sharing, “Food delivery! You know how it takes about 50 minutes when you order food for one? If 11 people order, it really takes a long time.” 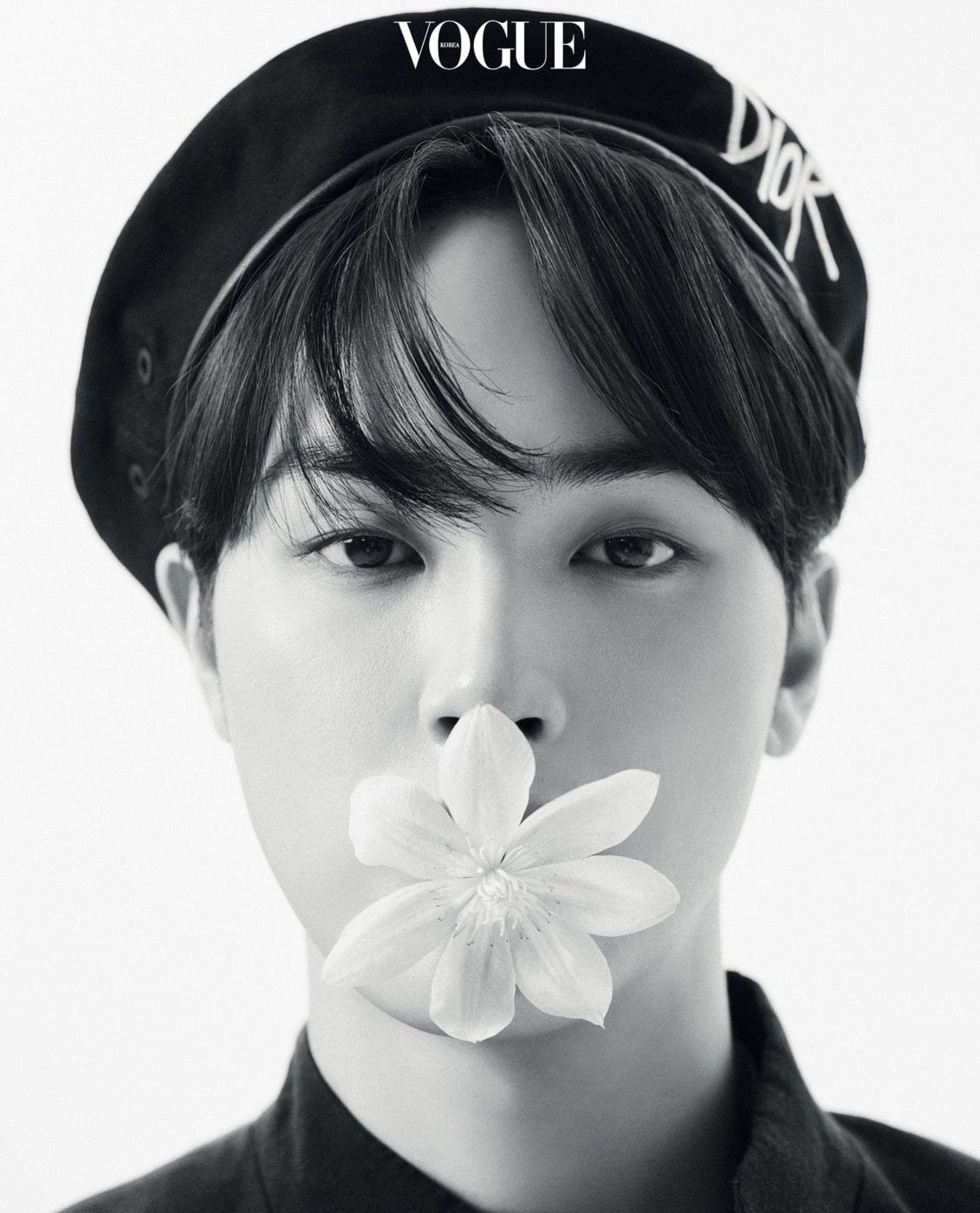 Juyeon revealed that while they are very different, they’re slowly becoming like one another. He compared The Boyz to a group of class friends, saying, “There are those friends you just see wherever you go. However, playing with those friends is the most fun. I too have the most fun when I’m with my members. Just talking about what we should do and what we should eat.” 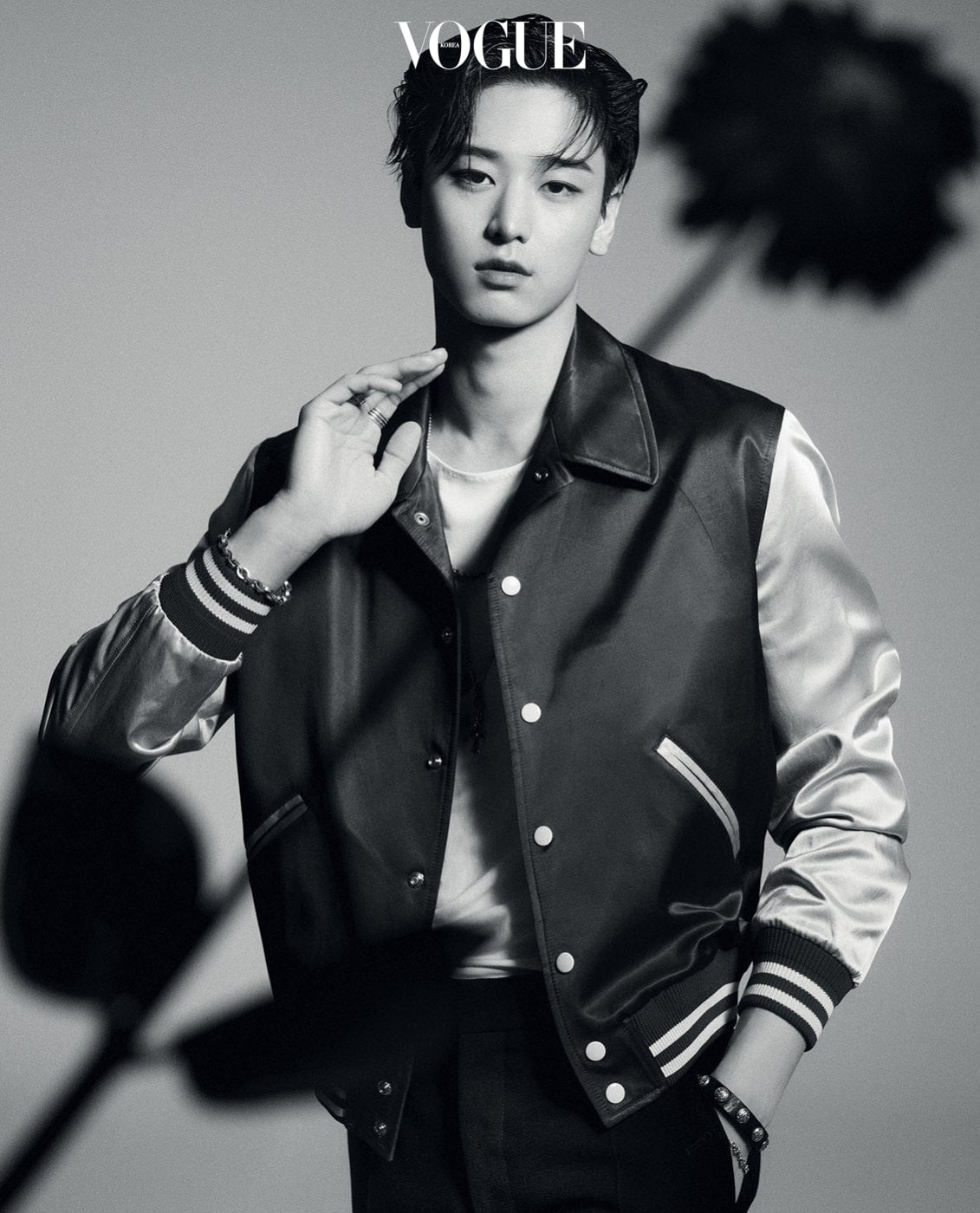 Eric added that even if he gets to rest, he goes on vacation with his members. When asked why on earth they do that, he explained that it was obvious because his members were like family and close friends.

As the group’s leader, Sangyeon praised the member’s individual talents. He remarked, “If you listen to a song, the flow can get boring, but the impact is revived when Sunwoo’s raps come out. It feels like he’s really filling up the song or the stage. Even though we have so many members, Q does so well in the center and really conveys our overall energy.” 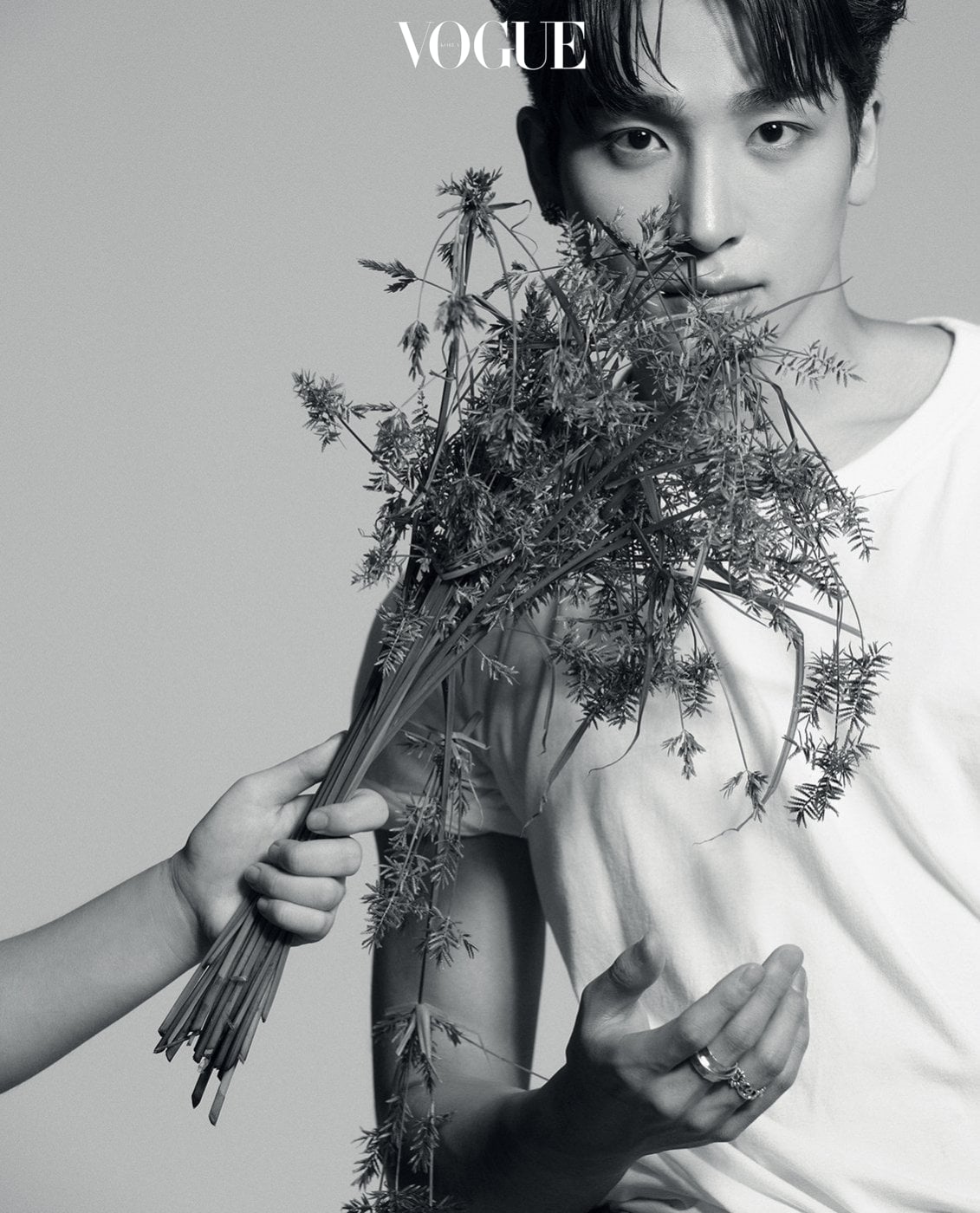 Hyunjae added, “Even though Eric is our maknae, he gives off that energy that we have to do well. Jacob gives you that positive influence that makes you wish you worked half as hard as him, or were half as nice. No matter what you’re doing, he makes you think you can do it.” 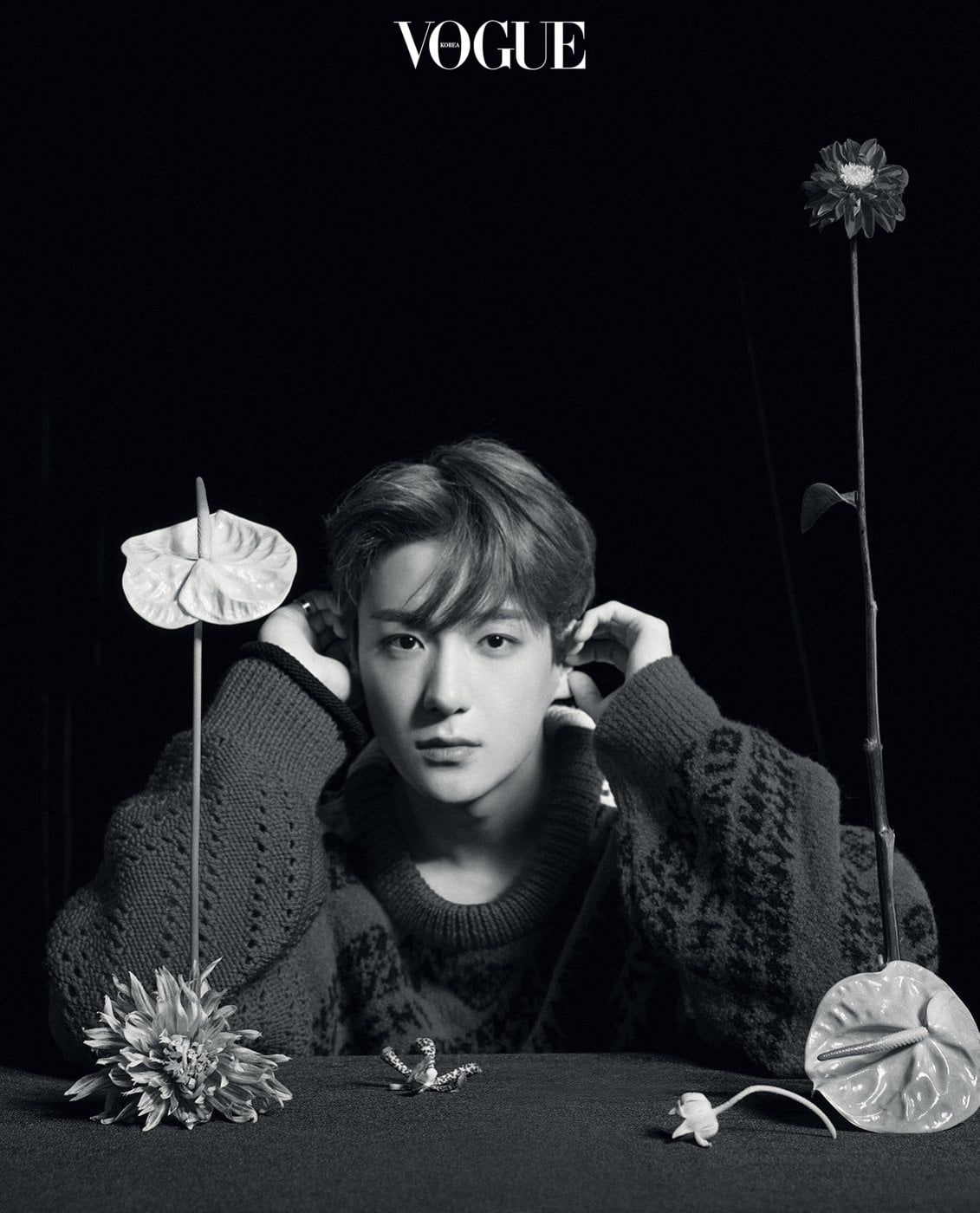 Amidst their busy comeback preparations, Q talked about monitoring the performances of other singers like Sunmi and Chungha. He shared, “I really like how they create their stages to make you feel overwhelmed so I think about what I can do to emulate that. In the future, I hope to make viewers feel more overwhelmed with different music and energy.” 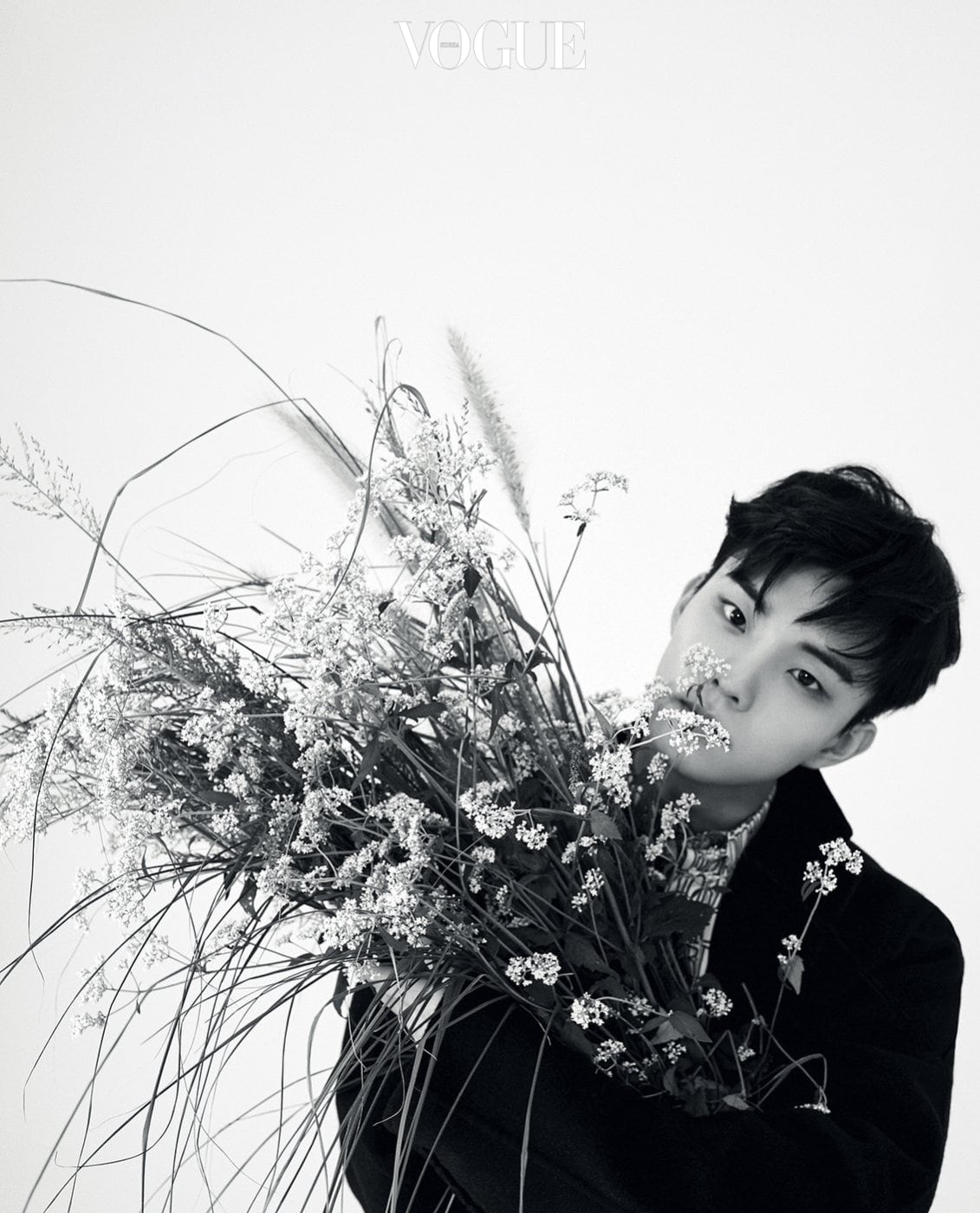 Recently, Younghoon become the first The Boyz member to make an acting debut as a high school student in “Love Revolution.” He remarked, “I worked really hard because it was a challenge for me and I didn’t want to let our fans down. First of all, I thought that it’d be best not to think of acting as acting. At first, I was really lacking, but I grew confident after becoming closer with the other actors. Although I want to continue acting, I also know very well that I can act because I exist as The Boyz. At my core, I always have The Boyz.” 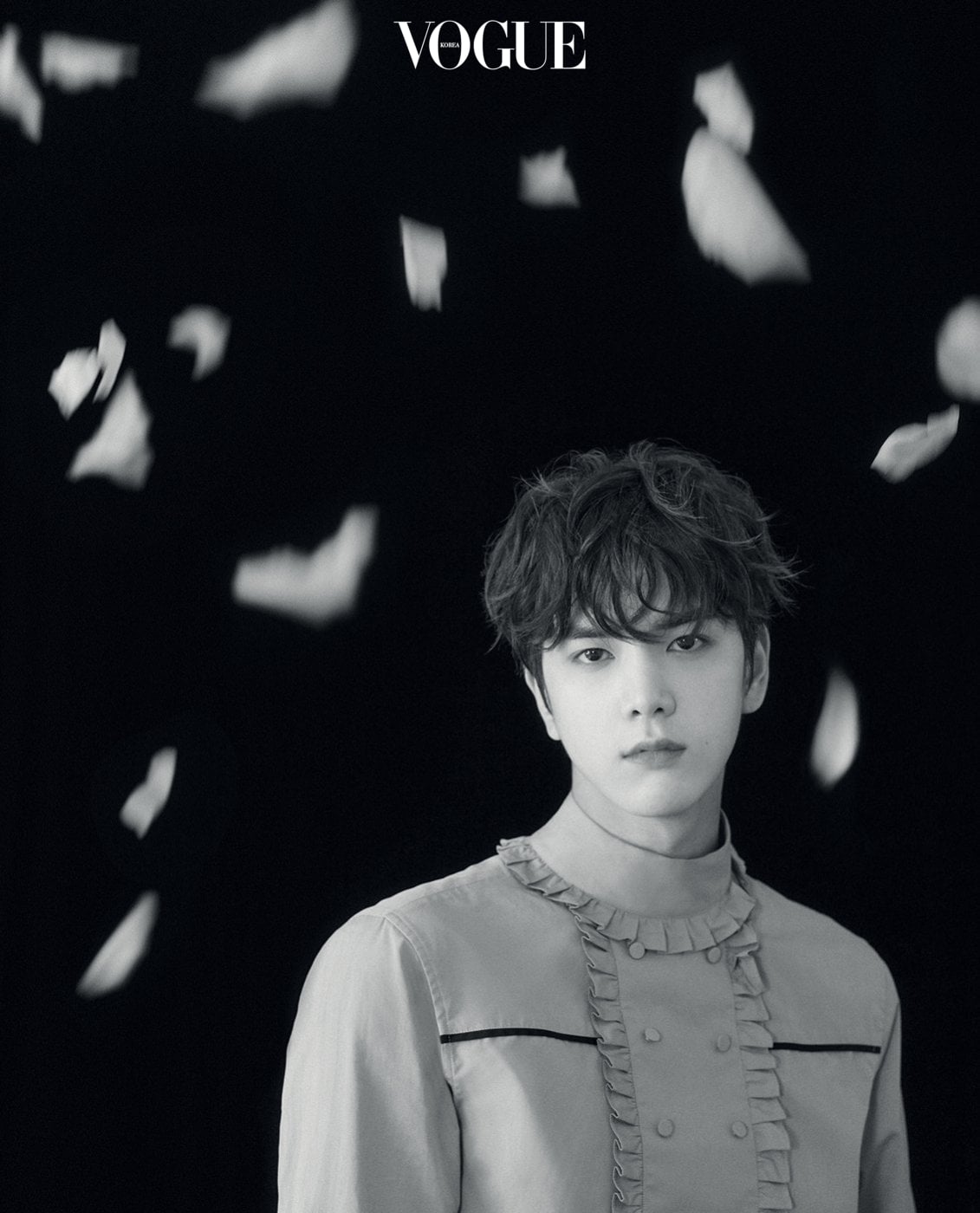 The group also discussed their name and what it means to them. They explained, “We believe that we have to continue having moments as boys and conveying youth and energy. Even as time passes, Girls’ Generation and Super Junior’s names do not change. Since we’ve also engraved that fresh vibe of The Boyz, we want to continue showcasing that.”

For his future goals, New shared, “I want to make music that people like. Just like I receive influence from music, I want to give that influence to others.” Jacob agreed, saying, “I want to become a singer who can heal many people through my music. I wish to create songs that have a deep meaning and tell my story.” 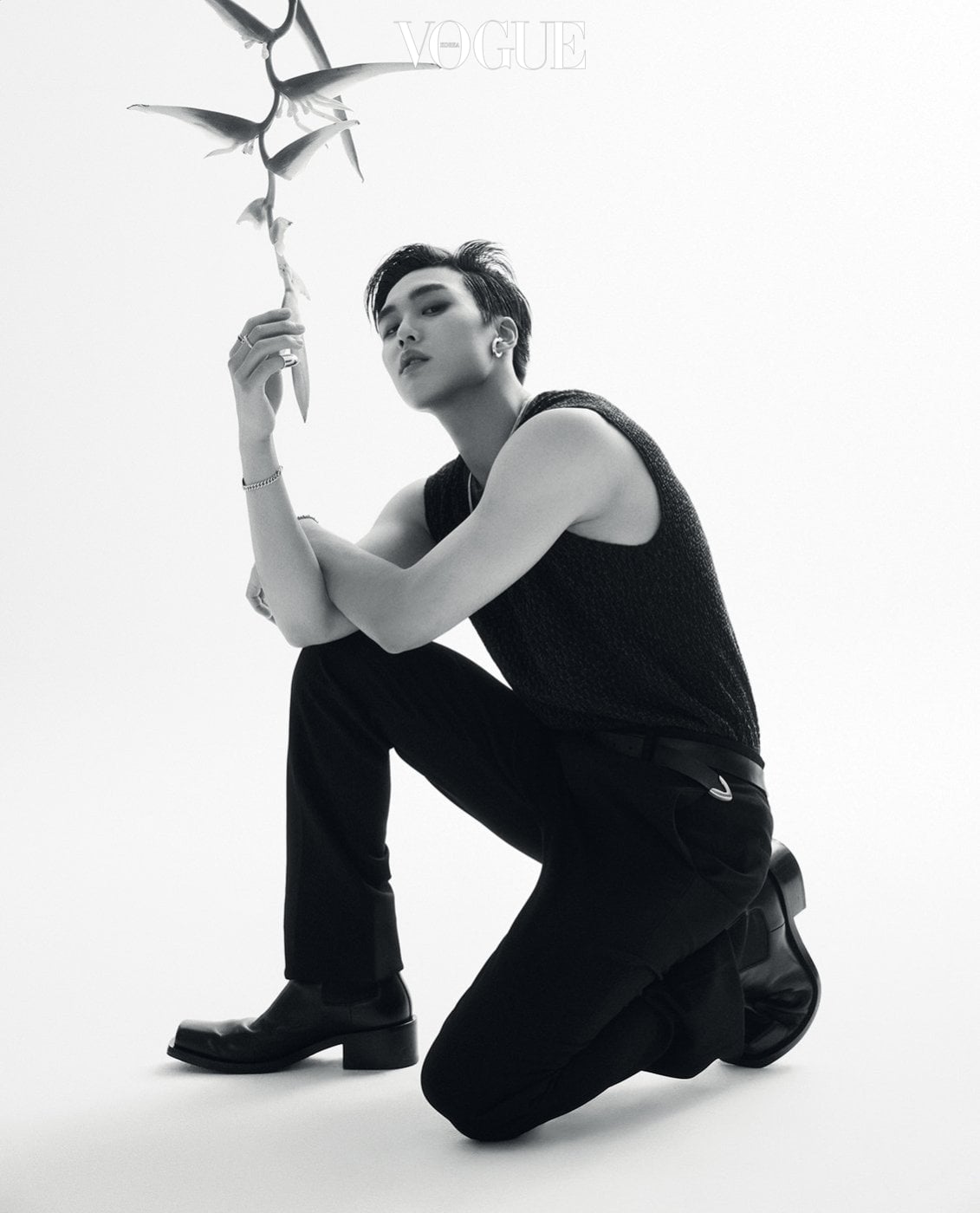 Juyeon passionately added, “I want to become an idol who represents the next generation. Just like BTS and EXO now.”

Lastly, the group talked about how much they miss meeting their fans. Younghoon remarked, “Due to COVID-19, even when we’re on stage, it always feels like we’re in rehearsals. I hope this difficult situation ends soon so I can receive strength from hearing our fans’ cheers and chatting with them.” 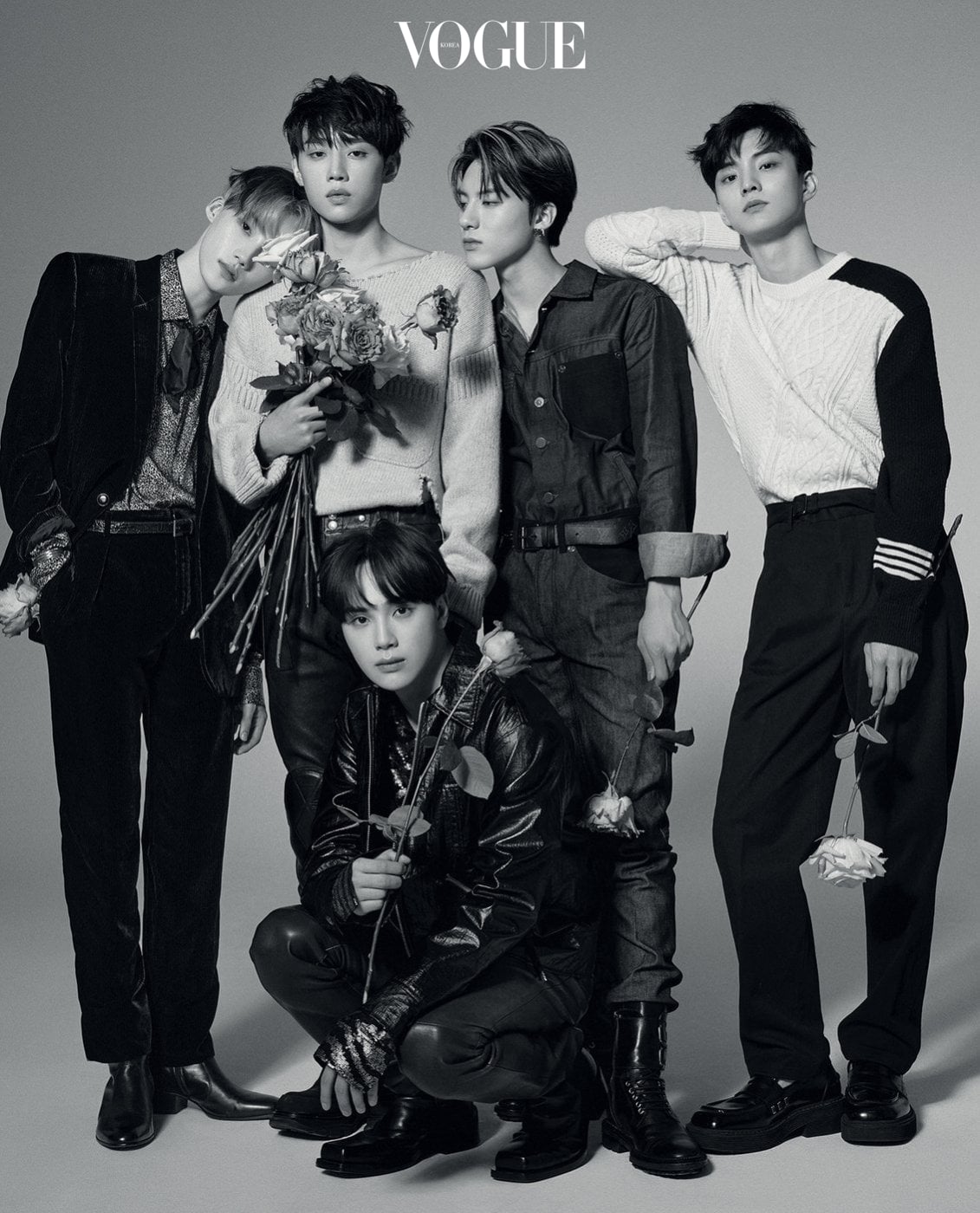 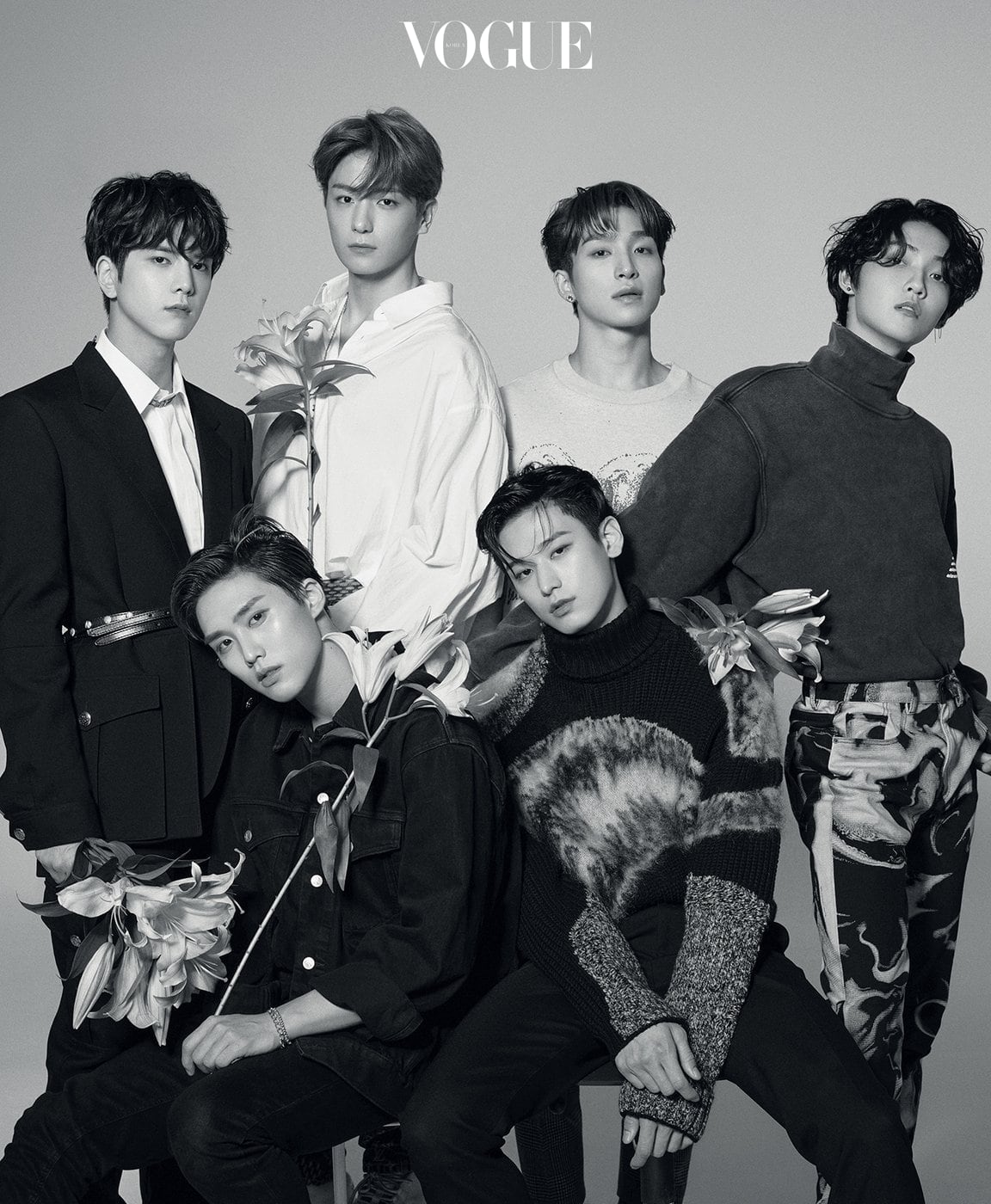 The Boyz are currently promoting their latest title track “The Stealer,” which has topped charts both domestically and globally. The group recently took home their first win for the song on “Show Champion.”

Watch Younghoon in “Love Revolution” below!

Vogue
THE BOYZ
How does this article make you feel?