“Love Revolution” has shared a new sneak peek of its upcoming episode!

On previous episodes of the drama, no matter how adorably straightforward Gong Ju Young was about his feelings for her, Wang Ja Rim appeared to remain unswayed as she seemingly reacted with indifference.

In new stills from the upcoming sixth episode of the series, Gong Ju Young prepares a romantic surprise for Wang Ja Rim in order to boldly ask her to go out with him. Armed with a large bouquet of roses and a path of flower petals that he painstakingly created himself, Gong Ju Young appears both nervous and excited as he waits for Wang Ja Rim to appear outside.

Once Wang Ja Rim finally arrives on the scene, Gong Ju Young affectionately tucks one flower behind her ear—but the stoic expression on Wang Ja Rim’s face makes it unclear whether his efforts have paid off. 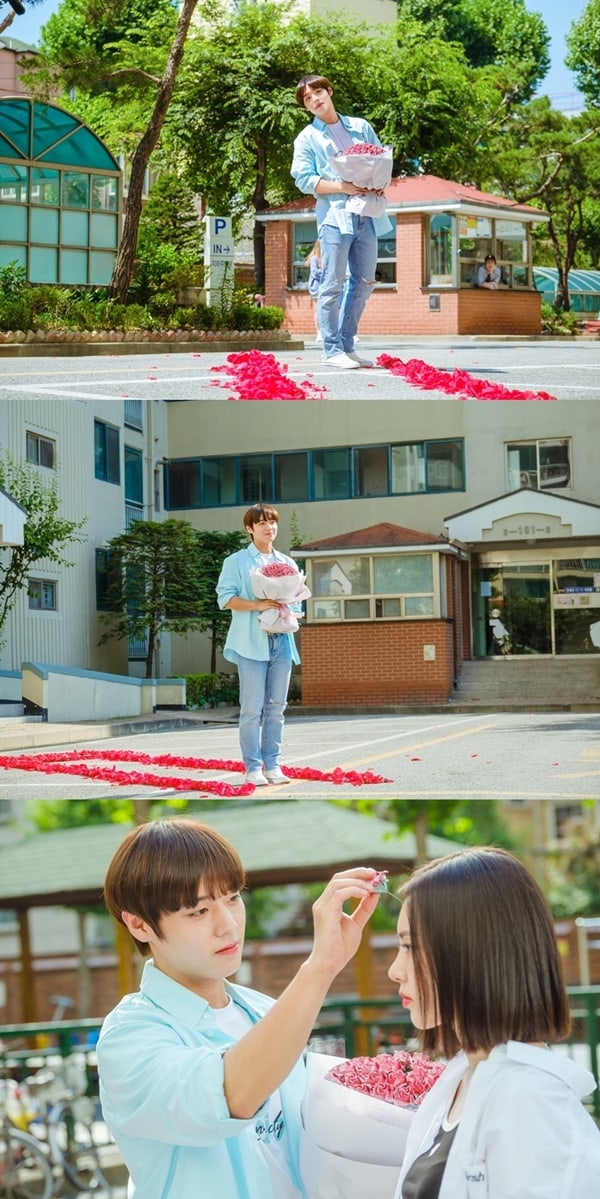 The producers of “Love Revolution” teased, “The cute and affectionate Gong Ju Young’s straightforward pursuit of Wang Ja Rim has not only melted viewers’ hearts, but is also melting the impregnable Wang Ja Rim’s heart as well. To find out whether Gong Ju Young’s courtship will come to fruition—and what kind of direction the two characters’ romance will take—please pay careful attention to the sixth episode.”

To find out whether Gong Ju Young manages to steal Wang Ja Rim’s heart with his attempt at romance, tune in to the next episode of “Love Revolution” on October 1!