DAWN Describes His Childhood, Relationship With HyunA, Meaning Of His Tattoos, And More

Ahead of his comeback, DAWN talked with W Korea about his music, childhood, and more!

While on the topic of his upcoming mini album, the interviewer mentioned that they’d heard DAWN humming his title track during the photo shoot. They expressed their surprise as it sounded completely different than his solo debut track “MONEY.”

“It’ll be very different,” replied DAWN. “It’s a hip hop track, but the arrangement is really minimalistic. It keeps going with just a drum and bass. It’s a song that introduces me. That’s why the first verse says, ‘My name is DAWN.’ I do some very subtle boasting here and there too [laughs]. For example, saying that I’m usually quiet but if I get on stage then I become a ‘psycho’ like PSY.”

DAWN went on to talk about the lyrics of “MONEY.” “I wrote that song at the height of feeling confused mentally,” he said. “I tell my own stories through music, and I started doing music just thinking about how there are a few people who appreciate that. But when I made it my job, money became a wall that I faced. The music that I aim to make is different than the music that the public, let alone the agency, want. And all issues eventually boil down to money.”

“If you look at the lyrics carefully, you’ll see that I’m in a fierce fight with money,” he said. “I wrote those lyrics like I was writing a letter to money, so they were written like complaining to a past lover. Saying, ‘I love you so much but I hate you, I want to have you but I want to get away from you.’ That’s why the last line ends it simply by saying, ‘I don’t need you.'” DAWN shared that the lyrics for “MONEY” had taken less than an hour and he’d originally just written it to give to fans, rather than to release it as a single.

When asked if he still has an “I don’t need you” relationship with money, DAWN said with a laugh, “My thoughts have changed. If there’s something that I can solve materially, then I want to solve it with money. But I could never sell my soul for money. I think I’ve drawn a line.” 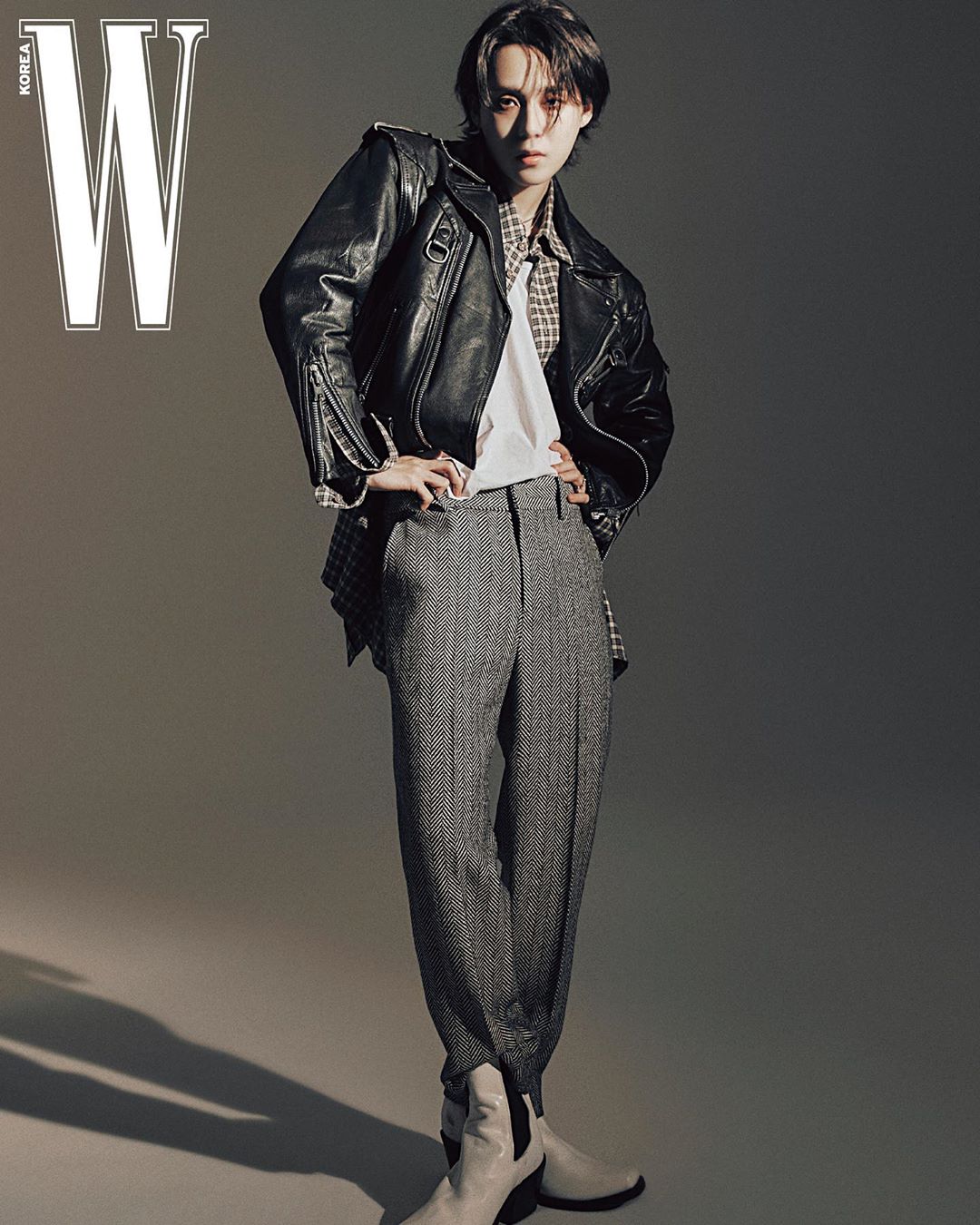 When DAWN talked about how he had been the type of kid to just stay inside and draw, the interviewer asked how he ended up being a singer who performs in front of big audiences.

“My mom is very active and open,” he said. “She was a belly dancer, and she was a ‘super mom’ who was passionate about her work and family. Since I was always just staying at home, she told me that if I wasn’t going to even study, then I should at least dance. She said that men who dance are cool. I’d say ‘I don’t want to go’ day after day and I learned to dance while singing, and then at some point I completely fell in love with it. Then I naturally got cast and now I’ve ended up here.” 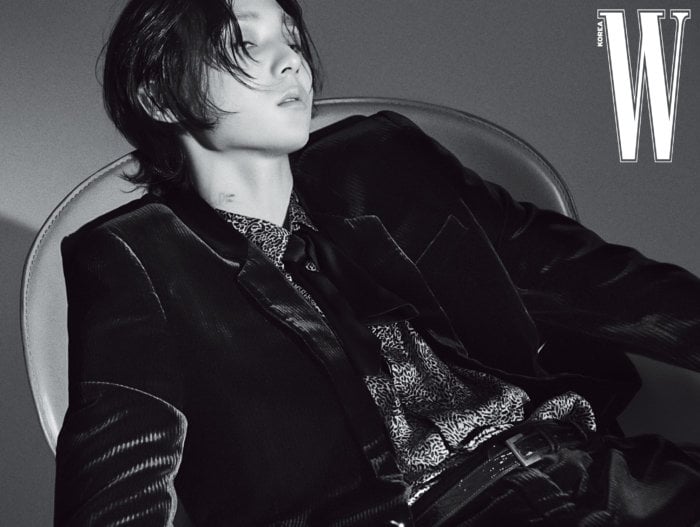 DAWN later described dancing as something opposite from his personality. “I grew up in the countryside where there was no one around, and I hardly ever met other people,” he said. “I would spend all day at home and sometimes go out to collect bugs—that’s all I did in a day. So at first, I was very scared of other people. I think I broke out of that box when I was dancing in front of an audience. That’s because dancing is a way to connect. I slowly realized, ‘I don’t need to worry about what other people think,’ and ‘This isn’t a big deal.'”

The artist was asked if there’s anything he wants to talk about in his music at some point.

“I want to write songs that as many people as possible will be able to relate to,” he said. “There are so many songs in the world that are pleasing to the ears. In that way, I want to write a children’s song too at some point. Also, I think that love is the most important thing in life. Including love between a couple, love for parents, and more widely, even love for the Earth’s environment.” He also shared that he hopes that the music he writes will give people a positive energy. 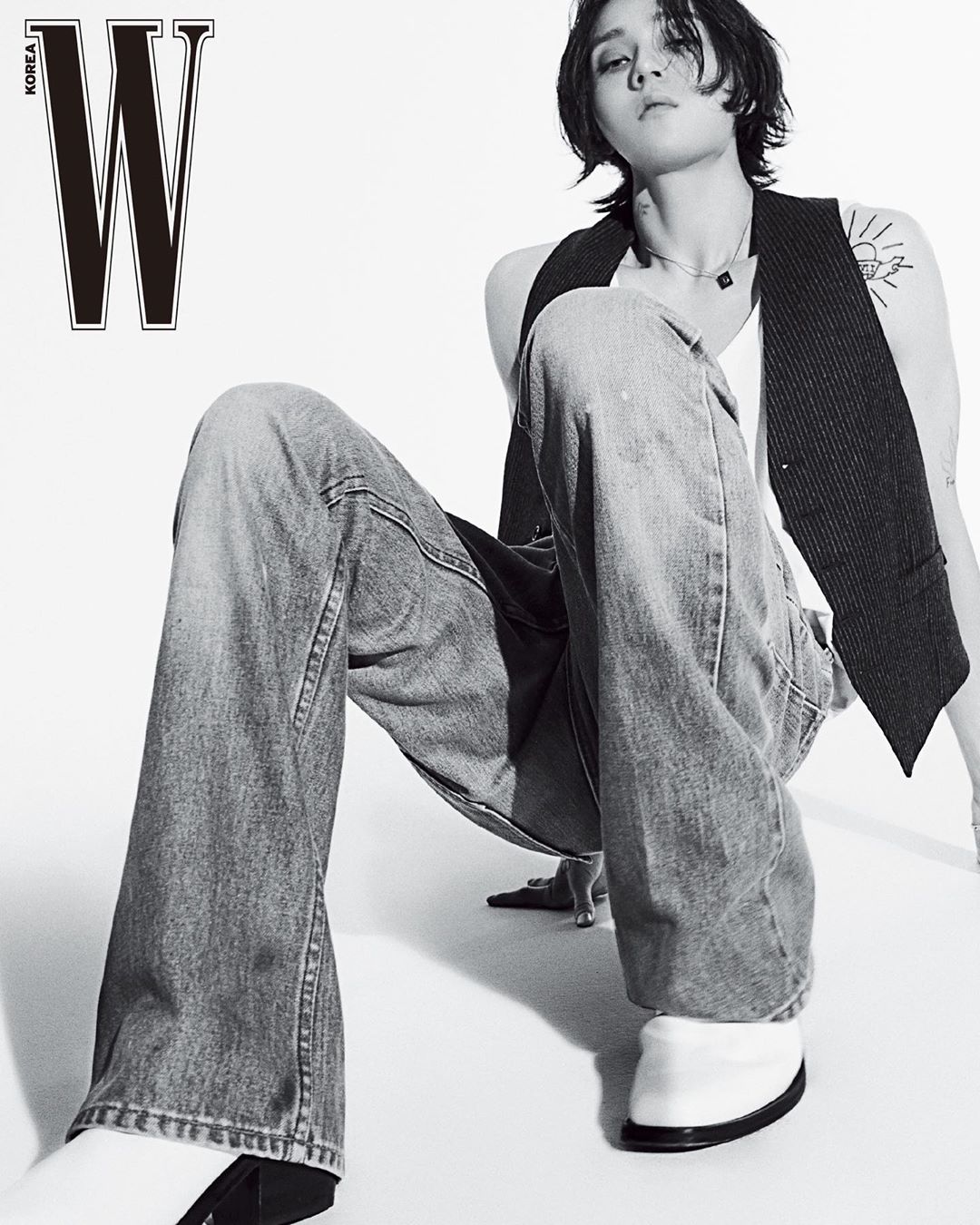 DAWN was asked to describe what kind of person he is to his girlfriend HyunA. DAWN said with a laugh, “People sometimes watch HyunA and I on a variety show and say, ‘It’s a cat who’s tired and lethargic after playing with its butler,’ and it’s exactly like what people see.” In Korea, cat owners are often jokingly referred to as “butlers” or “servants” for their cats.

“I’m relaxed and calm about everything,” he said. “On the other hand, HyunA is always overflowing with energy. I think maybe I bring some stability to HyunA. Not in terms of material things, but mental stability.” He laughed as he says that even he thinks he is a nice boyfriend. 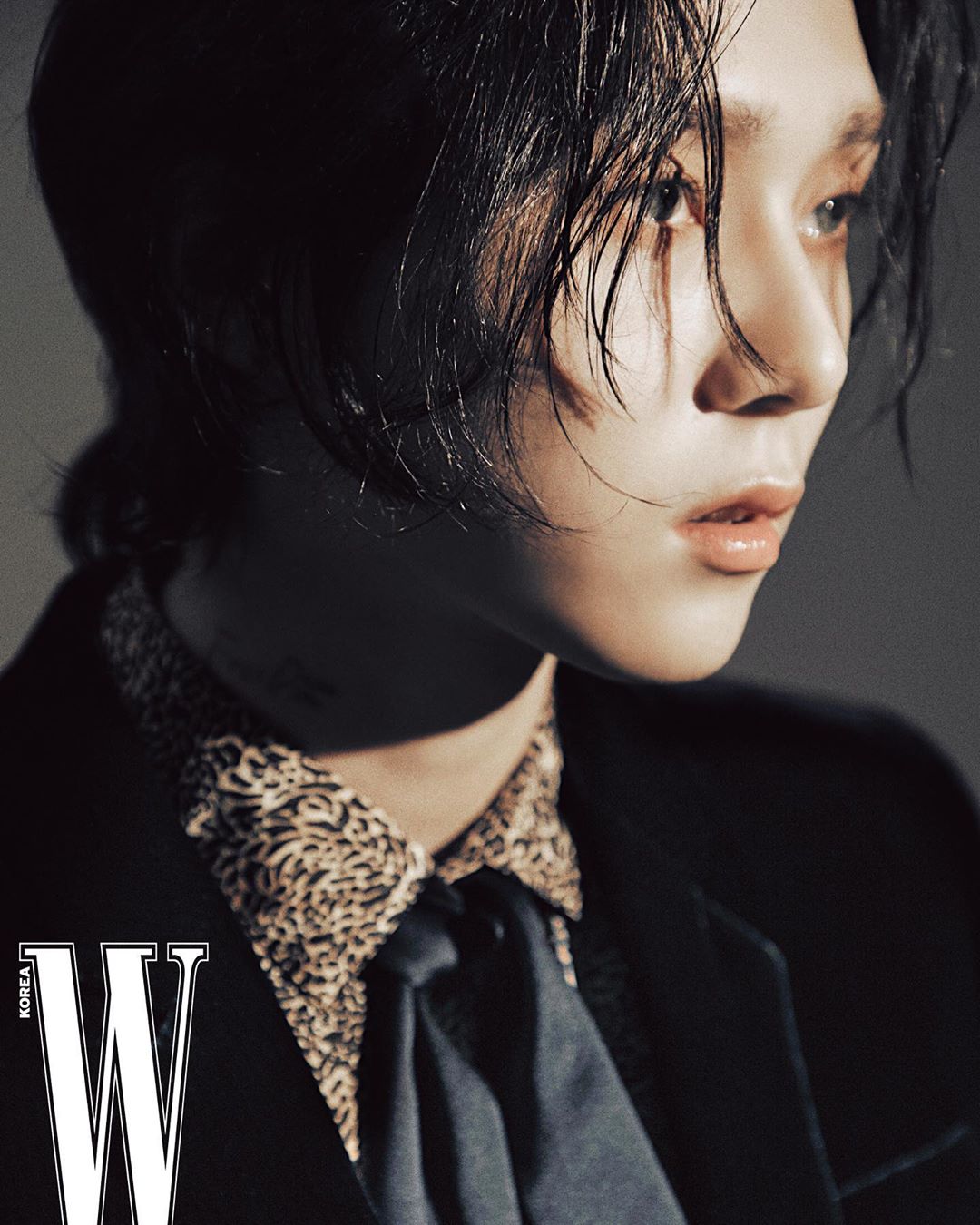 DAWN was also asked about the meaning of his tattoos. “To be honest, they don’t mean much,” he said. “The first one I got was the deer drawing on my back. The one on the side is a lettering tattoo that I got for free then. I also have small ones here and there of HyunA’s drawings. The numerals on my shoulder are for my birthday. I’ve included all of my family, since it means that because I’m the youngest, my family was created in the moment I was born.”

The full interview and pictorial can be found in the October issue of W Korea.

DAWN will make a comeback on October 9 with his first mini album “DAWNDIDIDAWN,” which includes collaborations with Jessi and Crush.

Dawn
HyunA
W Korea
How does this article make you feel?