“Do You Like Brahms?” Writer Reveals What Moment Most Impacted Kim Min Jae And Park Eun Bin’s Love Story

The writer of “Do You Like Brahms?” recently spoke about the love story between Kim Min Jae and Park Eun Bin’s characters in an interview with Newsen.

SBS’s “Do You Like Brahms?” tells the story of how classical music students navigate love and their dreams. Park Eun Bin plays Chae Song Ah, a late-blooming fourth-year violin major who is seven years older than her fellow students. Kim Min Jae will take on the role of Park Joon Young, a genius pianist who has won at multiple international competitions. The drama has been receiving praise for having a rookie writer, rookie director, as well as a young cast.

As Chae Song Ah and Park Joon Young grow closer, they discover each other’s hidden pain. They begin to comfort one another and the two naturally fall in love.

Because their relationship developed so naturally, viewers began to wonder when exactly Park Joon Young fell for Chae Song Ah. Writer Ryu Bo Ri explained, “Rather than say he fell for her at a particular moment, Song Ah left a deep impression on Joon Young from their first meeting. I wrote it thinking she was gradually finding her way into Joon Young’s heart.” 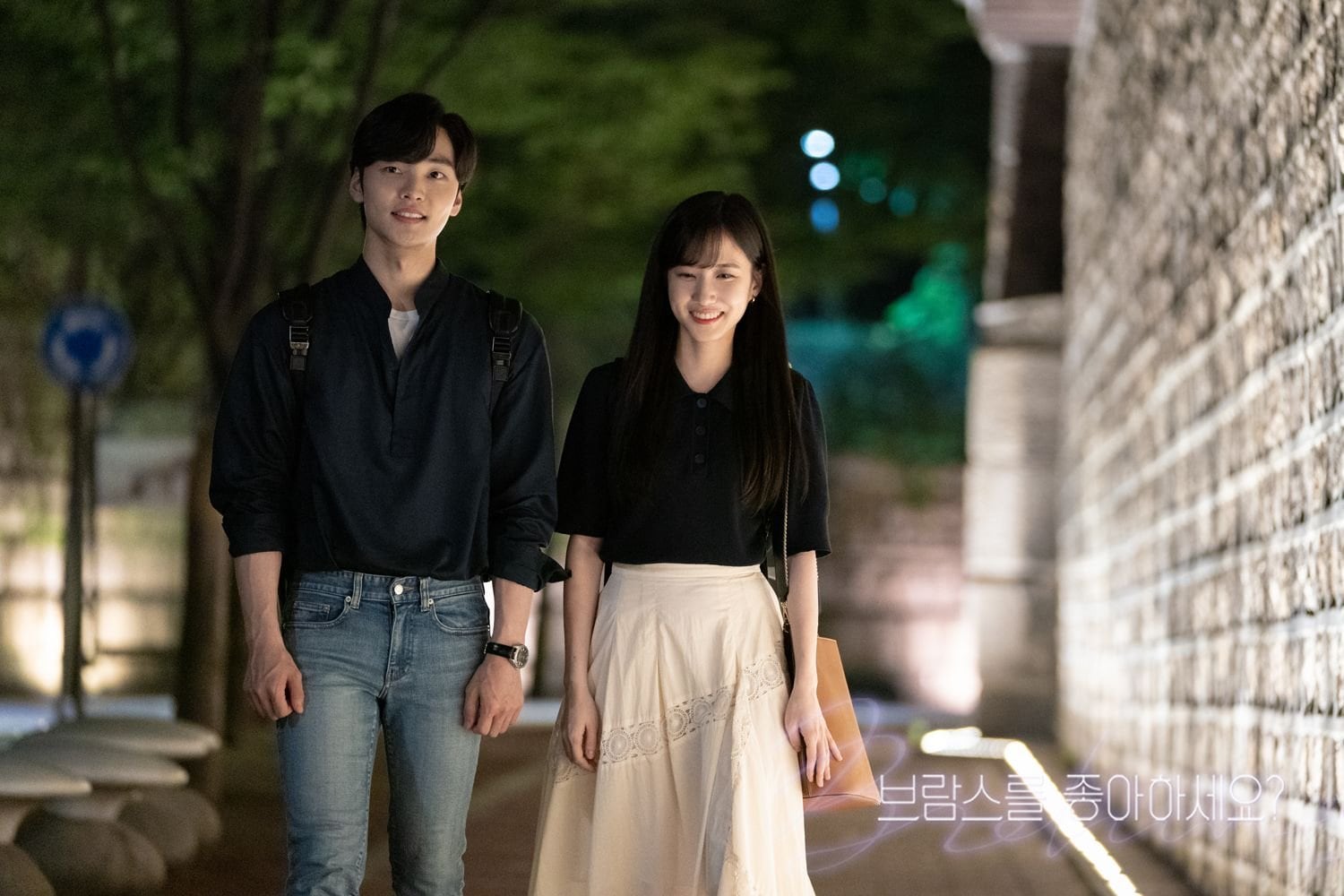 She elaborated on their first meeting from episode one, where they were in orchestra rehearsals. Ryu Bo Ri shared, “Song Ah was sitting at the very end because they were seated in order of their practical grade, so she was unable to perform on stage. Despite listening to the conductor’s offensive remarks, she is able to find the courage to ask, ‘Can’t I perform too?’ To Joon Young, who had chosen to leave on sabbatical because of his hectic life and the pressure of his own talent, I thought this had to leave a deep impression. She is the complete opposite of him in that although she may be lacking in talent, she wants to go on stage solely out of her love for music.”

The writer continued, “Later that night, Joon Young is driving with Young In (played by Seo Jung Yeon) when he sees Song Ah running in the rain, covering her instrument with her clothes. I also think that seeing Song Ah cherish her instrument over herself was a moment that really showed Joon Young what kind of person Song Ah was. It’s because they remind him of the moments he had forgotten.”

Ryu Bo Ri shared, “Like this, in all of their meetings, Song Ah left marks of all forms on Joon Young, which makes it difficult to pick just one moment that made him fall in love.” However, she revealed, “I do think that at the end of episode two, when Song Ah asks Joon Young, ‘Not to anyone else, but did you enjoy [today’s performance]? is the moment where Song Ah suddenly comes into Joon Young’s heart.”

She explained, “Joon Young had always lived to perform in a way that satisfied others, always thought more about how others felt, and was always more considerate about the situations of others. By asking how he feels, I believe there’s no way Song Ah could not have felt special to him.”