Byun Woo Seok Names The “Record Of Youth” Character He Relates To, Opens Up About Love And His Career, And More

Byun Woo Seok talked with Elle Korea about his career, preparing for “Record of Youth,” love, and more!

The interview took place on the day of the premiere of Byun Woo Seok’s new drama “Record of Youth,” which co-stars Park Bo Gum, Park So Dam, and more. The actor said that he hadn’t been able to sleep well the night before, and he shared that he’d had a dream.

“We finished filming the drama before the premiere, but I had a dream that we still had an episode left,” he shared. “I had to rush to the military to go get Bo Gum [laughs]. Then the setting changed and it was a cathedral. It had magnificent doors like the Milan Cathedral.” When asked if he’s Catholic, Byun Woo Seok confirmed it, saying he’s been a believer all his life.

In the show, Byun Woo Seok plays best friends with Park Bo Gum and Kwon Soo Hyun. “We met a few times before we began filming,” he said. “We purposely tried to get closer. We’d meet up and read our scripts, eat together, and talk… but later on, we had fun even if we didn’t do anything in particular. That will probably show on screen, right? I hope so.”

“I really love eating delicious food and so does Bo Gum. Because of the situation right now, we couldn’t go around to different places, so we’d just meet at one place,” he continued. “It was an Italian restaurant that Bo Gum had suggested, and all the food was so good. We’d get together and be amazed while we ate the delicious food.” 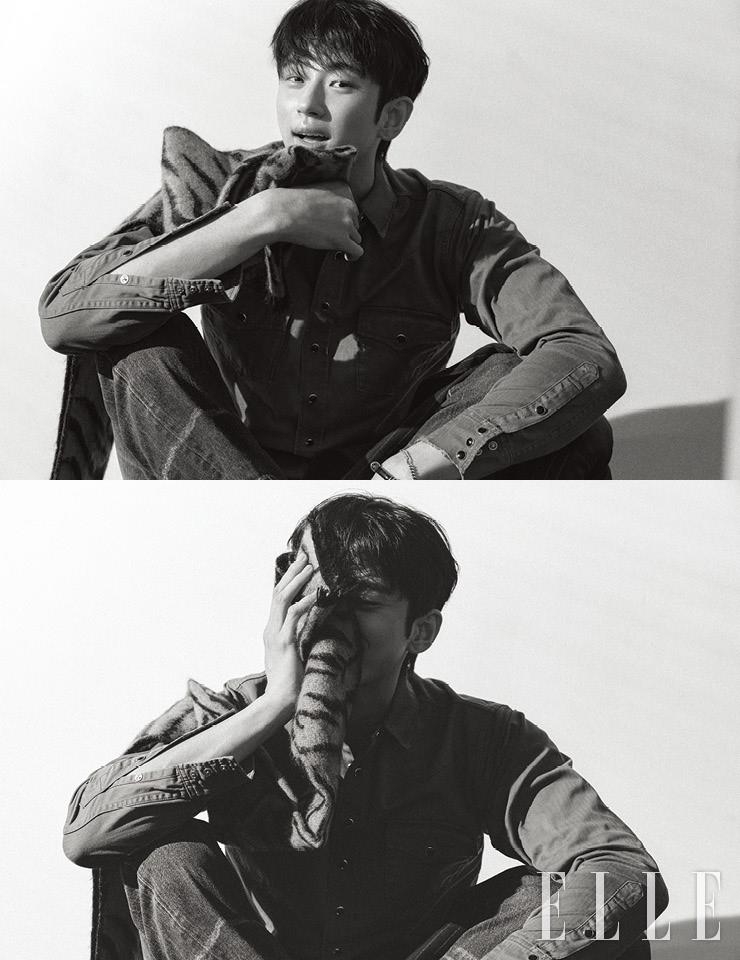 When asked to share what character in “Record of Youth” is the most similar to his own youth, Byun Woo Seok first talked about how his character Won Hae Hyo was born to a rich family. Although he wants to achieve success based on his own hard work rather than because of his background, he’s in a position where he could always receive help if he ever needed it. Byun Woo Seok, however, didn’t have that kind of experience.

“To be honest, I started off on my own at the very bottom,” he said. “I’m similar to Bo Gum’s character Sa Hye Joon. I’m like him in a lot of ways, such as my background, growth process, and thoughts. So in my scenes with Hye Joon, I was able to understand him more. I even felt like I was facing myself.”

The interviewer mentioned that the drama’s writer Ha Myung Hee had said that when she first met the actor, she felt like Hae Hyo was walking into the room.

“She said that I looked confident,” he said. “I’m not sure why. We didn’t have any special conversation when I met her. She asked about things you might naturally be curious about at a first meeting… like about my life, and what I like.” 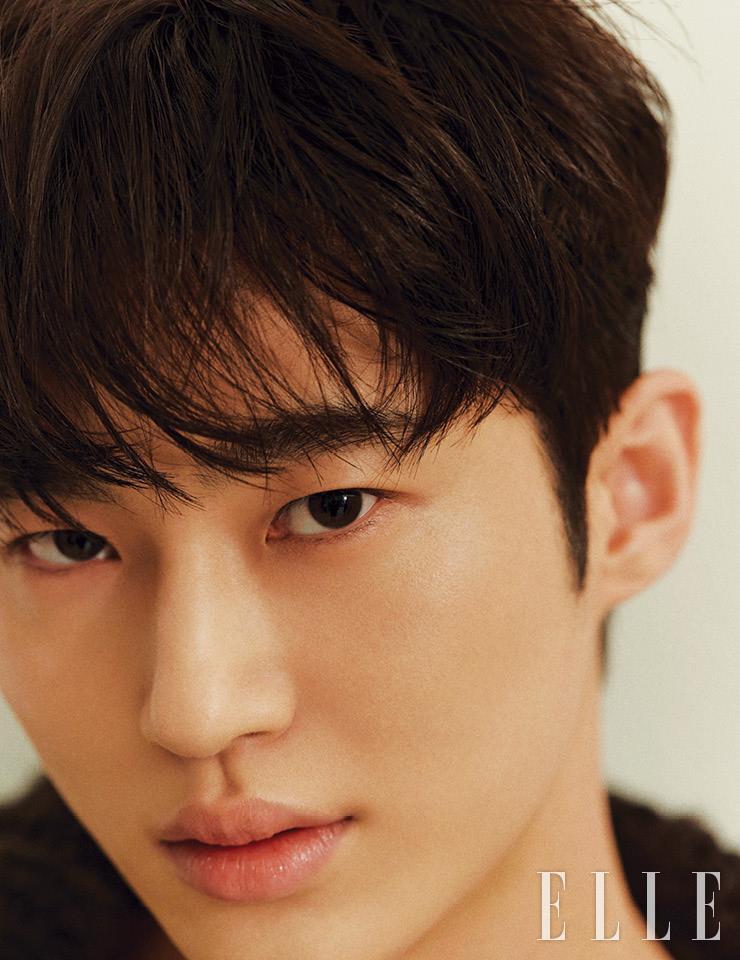 Byun Woo Seok is known as having gone from being a model to an actor, but he actually graduated from a theater and film department.

“Acting was something that I really wanted to do,” he said. “I don’t think there was a specific reason that I wanted to. I think I’ve been doing the things that I wanted to try. I was lucky. I also really loved modeling. It was fun to be able to create a look that I didn’t normally have. But in the beginning of my time as a model, I couldn’t work much. I decided to just do my military service, so I enlisted in my early 20s. I think I made the right decision by doing my service right then. When I went to the military, my ambitions and goals became more clear.”

Byun Woo Seok went on to talk about obstacles he had to overcome when he became an actor. “Models also have to smile and convey emotions in front of people, but actors have to create a character through their words, actions, and the look in their eyes. Since the method of expressing something is different, at first it didn’t work out as I wanted.” However, he said that he believed that it would turn out okay if he gained more experience and worked hard, since it’s a job that he loves.

The actor has often played characters in romantic works, and he was asked why he thinks he often receives those roles.

“I’m not sure. First off I’m a bit tall,” he said with a laugh. “It seems directors think that I look like I’m a good fit for those roles, but it’s been really hard. I have to coolly take on that kind of plot, but it’s not something that happens in my real life.”

He gave as an example, “There was a scene in ‘Flower Crew: Joseon Marriage Agency‘ where I had to get absorbed in narcissism while I was playing the lute, put on a certain look in my eyes, and smile. I was aiming to just enjoy the situation while I was filming, but inside it was difficult. It’s gotten better after doing it for a while. As they say, hard work doesn’t betray you.” 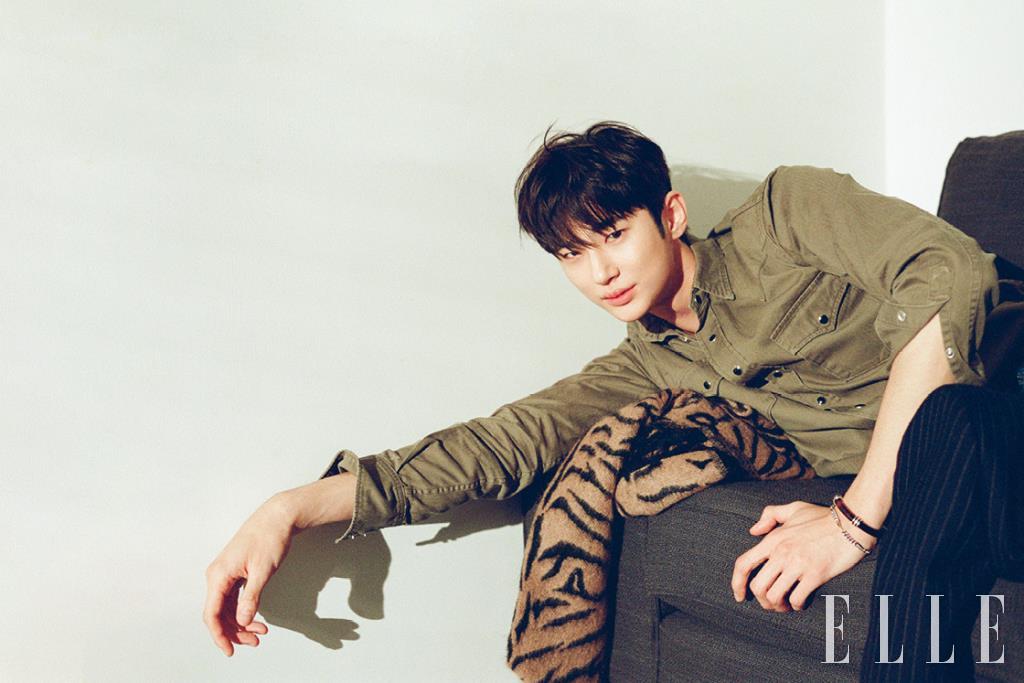 The actor was asked to pick a romance from a film or drama that would be similar to what he would create if he were to turn a moment about his own love into a story. He chose the film “The Notebook.”

“I’m talking in the past tense, but if I was in love, I would pour out everything I have,” he said. “I think in that way, I’m very similar to Noah in that film. I still want to have that kind of love.”

The interviewer mentioned that Byun Woo Seok once said that his final role will be watching his wife pass away.

“There have been two times in my life when I’ve said goodbye to someone who was very special to me that I had been close with emotionally,” he answered. “The passing of my grandmother and my dog. I lived with my grandmother. She passed away when I was in high school, and it was so hard to deal with that emptiness. I don’t want to make someone precious to me experience that feeling.”

When asked about how he feels the speed of his growth, Byun Woo Seok said, “There are probably people who are good at acting right out of the gate, but I’m not like that. I learn as I break things. I think I naturally feel that kind of growth. There are many times when things don’t work well, but I’m a positive person so I’ll eat something delicious and get a good night’s sleep, and then it becomes okay.”

“At first, I wanted to do everything perfectly,” he went on to say. “But dozens of people have to work together in unison on set to create a scene. Everyone has a different role. So I ask those people for help. Looking back on it, I was growing even when I felt like I was staying in the same place. I feel really happy when I realize how I’ve grown.” 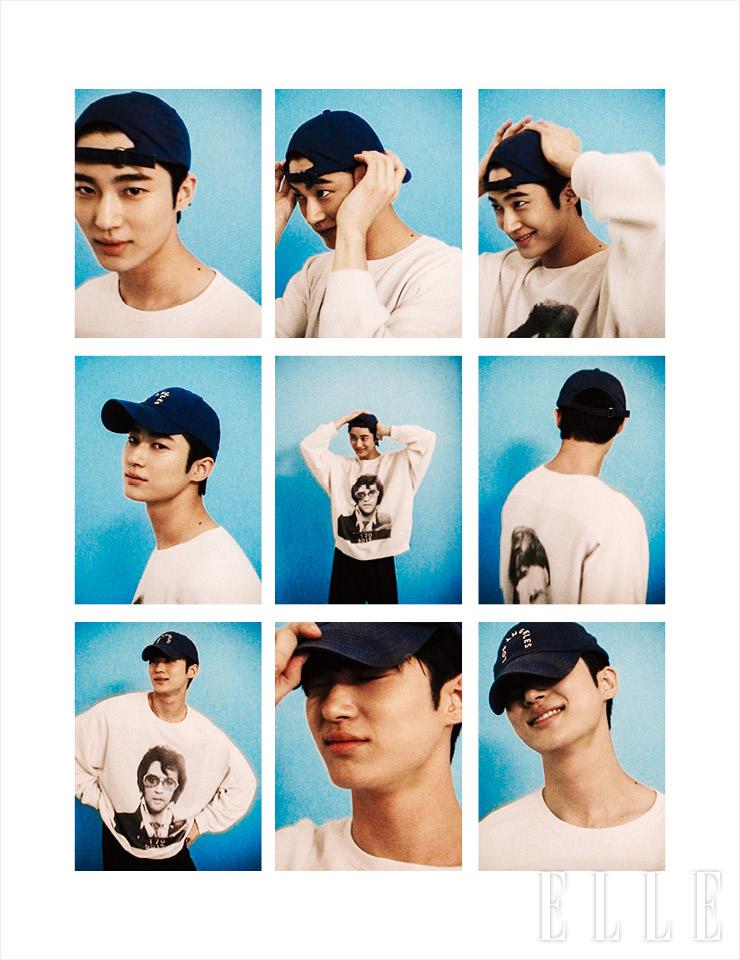 Byun Woo Seok was asked to pick whether he’d want to start off as a model or an actor, if he could choose his first job again. He replied, “I’d want to try being an actor and then a model, since I haven’t experienced things in that order yet. [laughs] It would be new to me.”

On the topic of his bucket list as an actor, Byun Woo Seok said, “There are so many people I want to work with. I want to try playing a character who gives his absolute all to someone, whether they’re his family or he’s in love with them.”

Elle Korea
Byun Woo Seok
How does this article make you feel?