BLACKPINK Shares Their Goals When Making “THE ALBUM,” Talks About Their Relationship And Achievements, And More

On the afternoon of October 2, BLACKPINK took part in an interview with the press to talk about the release of their first full album, “THE ALBUM”!

Rosé said, “We’ve released albums in many different formats before, but our first full album is really meaningful. I remember how we were really happy too when it was decided we’d be putting out a full album, and we felt very excited about what music we might include.”

“We really wanted to show all the music that BLACKPINK can do,” she continued. “We spent a long time going back and forth to the studio, and we thought together as we worked on the songs about whether we could express things better. There were some songs that unfortunately didn’t make it, but I’m really happy that we could put out good music in a variety of genres, like hip hop, R&B, and dance.”

Jisoo and Jennie both took part in writing lyrics for their title track “Lovesick Girls.” Jisoo said, “I think there are parts to the song that anyone could relate to so it’s a track that a lot of people can listen to.” She described the song as having a hopeful message about being hurt by a setback but still overcoming and finding a new love or dream. “Rather than trying to make a sad song, we wanted to provide a hopeful and more positive message,” she said.

Jennie, who also took part in the track’s composition, said, “I think it’s a message from girls who have grown a bit more compared to when we’d just debuted.” Jennie also said that with the chanting parts, they wanted listeners to be inspired to want to run with them while singing along. “I hope that that’s conveyed well, and since the members all love the song so much, I’m really happy that it’s our title track,” she said.

“If you look at all our b-sides too, there are a lot of different emotions, not just love,” said Jennie. “We wanted to show a more mature side of ourselves. There’s a b-side called ‘Pretty Savage,’ and both the lyrics and the song overall sound very confident and cool. Since it’s our first album, we wanted to include a lot of words that would make people think of BLACKPINK.”

“THE ALBUM” includes collaborations with Cardi B and Selena Gomez, and BLACKPINK has also collaborated with more stars such as Dua Lipa and Lady Gaga. When asked about their collabs, Lisa said, “We’re very happy and it’s honor that artists that we’ve liked since we were young enjoy our music and work with us. If we get the chance, I’d like to work with more artists in the future.” 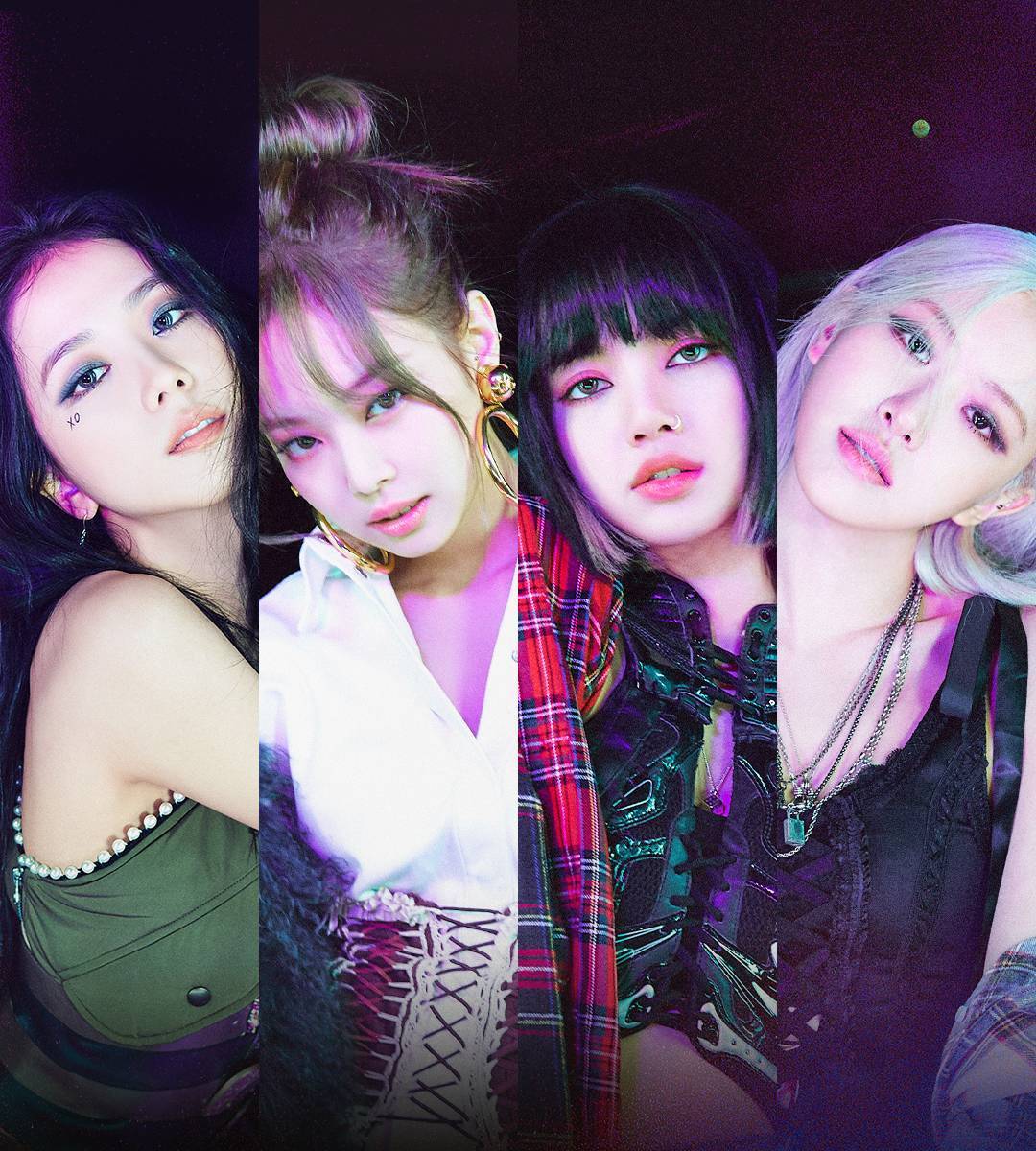 The music video for “Lovesick Girls” reached 10 million views in less than an hour, an achievement fitting their title of “YouTube Queens.” Rosé said, “It’s really just such an honor to be called that,” expressing their gratitude. “We’re happy that listeners enjoy and relate to our music in a lot of ways, by watching, listening, and following along too,” she went on to say. “Whenever articles come out about new records, it amazes and surprises us too.”

On the topic of the COVID-19-related restrictions, Lisa said, “It’s a shame that we’re performing on stage without [our fans] BLINK.” She added, “When it’s safe, the first thing we want to do is a tour. We really miss BLINK. Before that, there’s something we’ve prepared for BLINK, so please look forward to it.”

The group was also asked to describe what they think has changed or stayed the same when they compare their past and current selves.

“When we were trainees, although we were busy, the fun we had was the enjoyment of working hard and running together,” said Jisoo. “Now, we’re running to try to make more people happy and to have them relate to our feelings. The four of us have wanted the same things, and I think we’ve always been running with the same feelings.”

Jennie said, “I’m grateful that we’re able to watch each other as we go from being teenagers to being in our 20s, and it’s a lot of fun.” She added, “Our backgrounds and patterns might be different, but I’m amazed that we become one again whenever we talk about performing or music. I want to praise each other for doing well, and I hope that we can have even more fun as we keep running together in the future.”