In the upcoming episode of Channel A’s “Lie After Lie,” Yeon Jung Hoon and Kwon Hwa Woon will engage in a serious conversation!

The suspense-romance drama stars Lee Yoo Ri as Ji Eun Soo, a woman who puts her life on the line with a dangerous lie in order to be reunited with her biological daughter. After marrying into a chaebol family, Ji Eun Soo finds herself branded a husband-killer in the blink of an eye – and during her imprisonment for her husband’s murder, she loses custody of her daughter.

Previously on “Lie After Lie,” Kang Ji Min opened up his heart to Ji Eun Soo and accepted her confession. Just when they were developing into lovers, he found out she was his daughter’s biological mother. Betrayed by the truth and hurt that she had just been using him, he demanded she never come near him and his daughter again. 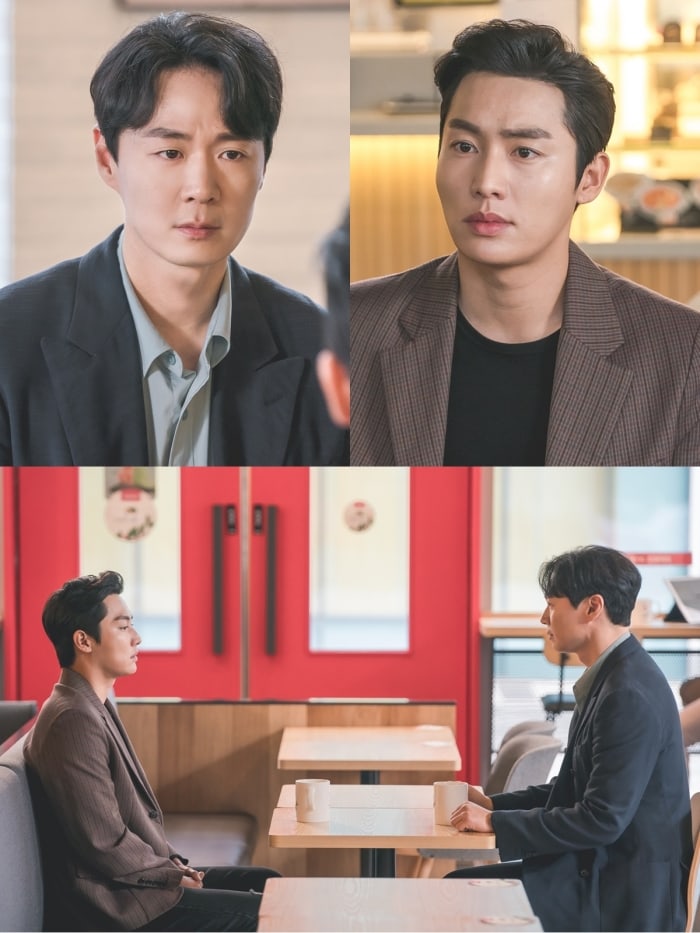 In the preview for tonight’s episode, Kim Yeon Joon declared he would stay by Ji Eun Soo’s side and help her. So it seems like he will reveal the truth in order to restore Kang Ji Min’s faith in her again.

Yeon Jung Hoon
Kwon Hwa Woon
Lie After Lie
How does this article make you feel?