Ha Ji Won recently sat down for an interview to talk about her most recent film “Pawn” with Sung Dong Il and Kim Hee Won.

“Pawn” is Ha Ji Won’s first Korean film in nearly four years. In a few scenes, she had to portray a 20-year-old college student, and regarding that, she said, “I strongly opposed acting as a 20-year-old, but the director thought those scenes would smoothly lead to the second half of the movie. I really didn’t want to do it, but I had no choice. So I tried to look as young as possible by paying a lot of attention to my hair and outfit. I wore something neat and clean like a shirt and jeans, and I aimed for a more refreshing appearance by choosing make up that would make me look younger.”

When asked how she felt after watching the completed movie, she shared, “I saw the finished movie for the first time at the press conference, and I really enjoyed it. I really wanted to see if the emotions of the younger Seung Yi and the older Seung Yi would connect well. It might be different for every person, but this is a movie that makes you think about fathers. Every daughter has a father, but they’re all different. My father passed away when I was really young, so I miss the moments when I could call him ‘dad.'”

Ha Ji Won also talked about acting with Sung Dong Il and becoming one of his on-screen daughters. She commented, “I didn’t know, but he said I was his oldest daughter. So he even joked that it would’ve been better if we had acted as lovers and not as a father and daughter. However, he truly treated me like a real daughter on the movie set. I’ve always liked his natural acting, so I really wanted to try a project with him.” 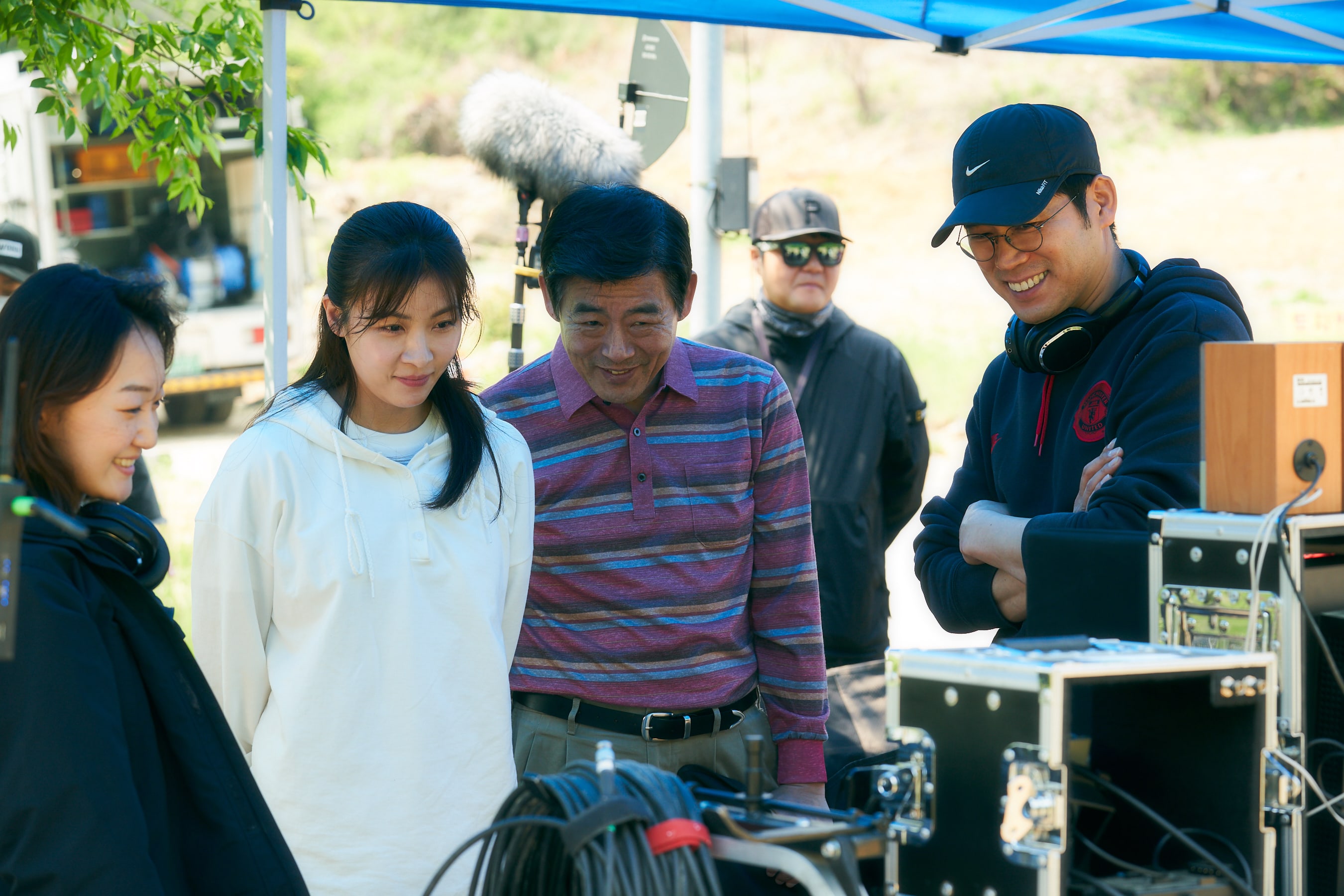 The interviewer pointed out her role in this movie might feel a bit different because she usually appears in romance and melodramas. She said, “I played many roles that are younger than my age. Now I want to play a character that can be expressed with my age or a role that fits my age. I have filmed many projects, but I hope this will open doors to more opportunities in the future.”

Ha Ji Won has been acting for 24 years, and she shared her secret to being in this industry for so long. She said, “It’s because I really love acting. One day, I might grow tired of it and not want to do it anymore, but right now, I really enjoy doing it, so I am able to put all my energy into it.”

She shared her next goal as an actress, saying, “I have many goals. First of all, I’m always yearning to do more movies. I’ve focused a lot on characters and genres in movies so far, but I want to act more naturally now.”

Ha Ji Won also talked about being known as an action star. She explained, “The reason why I like doing action scenes is because I think action is another language that I express with my body. When I do action scenes, I use the basic moves as a foundation and then try to maneuver my body to fit the moment.”

When asked about her secret to having great chemistry with all her co-stars, she answered, “I don’t put up a wall when I act. I’m just open. I receive what they can give me, and I give them everything I have. I love this kind of teamwork, so I think that’s one of the reasons why I continue acting.”

The actress was also questioned if she was just as open-minded about dating and marriage. She candidly responded, “I’m not determined to date or get married, but I’m not against marriage either. If I want to get married and the opportunity comes, I think it will naturally happen.” Then laughing, she added, “I heard that our country has a low marriage rate, and I think I’m one of the reasons why that’s true.”