BLACKPINK’s “THE ALBUM” is a success on Spotify!

On October 5, YG Entertainment revealed that all eight tracks on BLACKPINK’s full album debuted within the top 25 on Spotify’s daily Global Top 50. 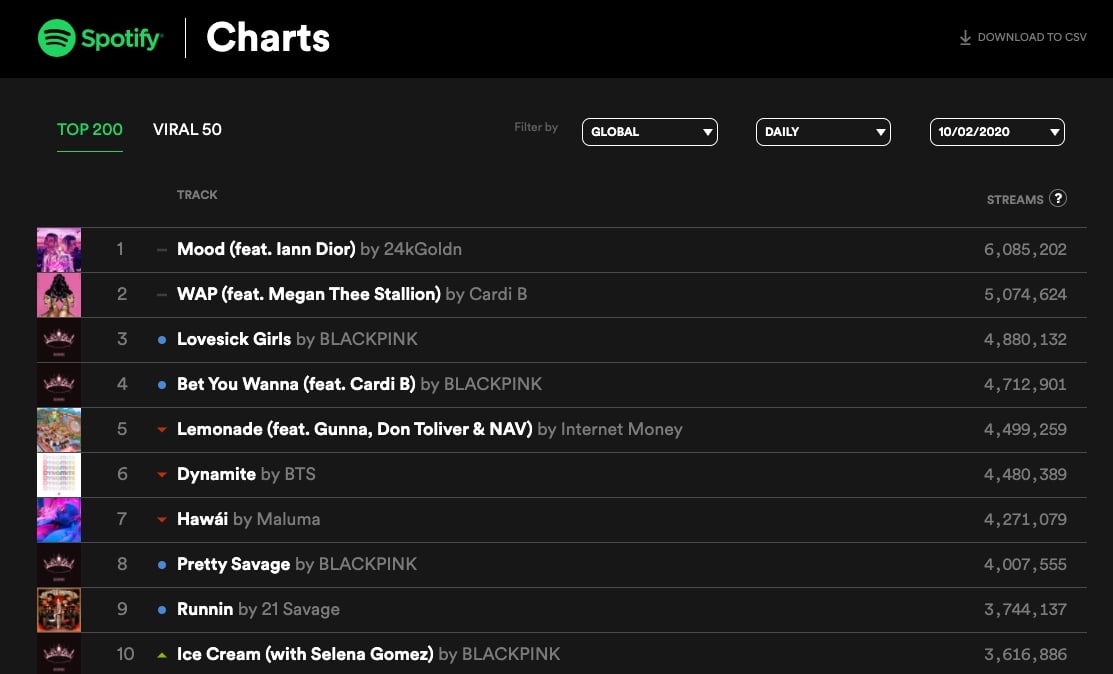 In June, BLACKPINK’s pre-release single “How You Like That” debuted at No. 5 on the chart and became the highest-ranking debut for a song by a girl group. In August, their single “Ice Cream” broke the record at No. 4. At No. 3, “Lovesick Girls” is now the highest-ranking girl group song debut. In terms of stream numbers, “Ice Cream” remains BLACKPINK’s biggest debut on the chart with 5,060,036 streams on the first day.