“Forest Of Secrets 2” Cast Shares Closing Messages Ahead Of Finale

Season two of “Forest of Secrets” (also known as “Stranger”) only has one final episode to go, and the cast members have shared a few words to say farewell to viewers.

For the new season, Cho Seung Woo returned as the lonely prosecutor Hwang Si Mok. As a character who does not feel much emotion, Hwang Si Mok was a difficult role to bring to life, but with his skills, Cho Seung Woo was able to add a rich personality to the character. The actor said, “I’m going to think about it a lot, and I’ll miss it. It was an enjoyable experience working with great staff and cast members, and I feel proud because I think we’ve done well. Thank you so much for supporting and watching ‘Forest of Secrets 2’ until now.” 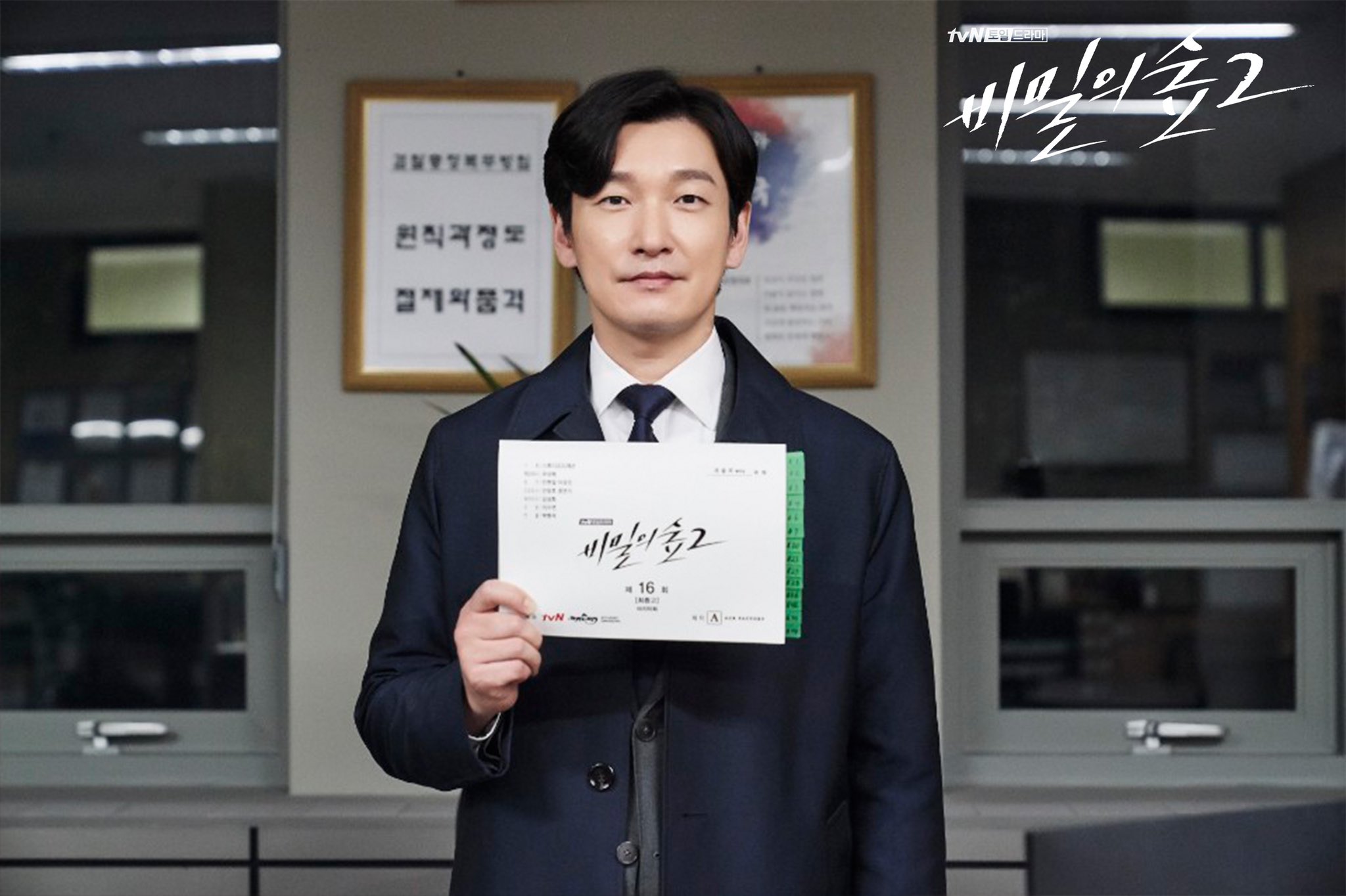 Bae Doona poured her heart into her role as Han Yeo Jin once more. She said, “Every time I wrap up a project, I feel sad. It was the same when we wrapped up filming ‘Forest of Secrets’ three years ago and I thought I was sending Han Yeo Jin away forever. I was so grateful to be able to live as Han Yeo Jin once more thanks to the fans of ‘Forest of Secrets’ who asked for a second season, thanks to Cho Seung Woo, who opened up the possibility by bringing up season five on stage at the Baeksang Arts Awards, and thanks to tvN and the production staff who carried out season two as a team. Every single day I spent as Han Yeo Jin was a joyful day.” 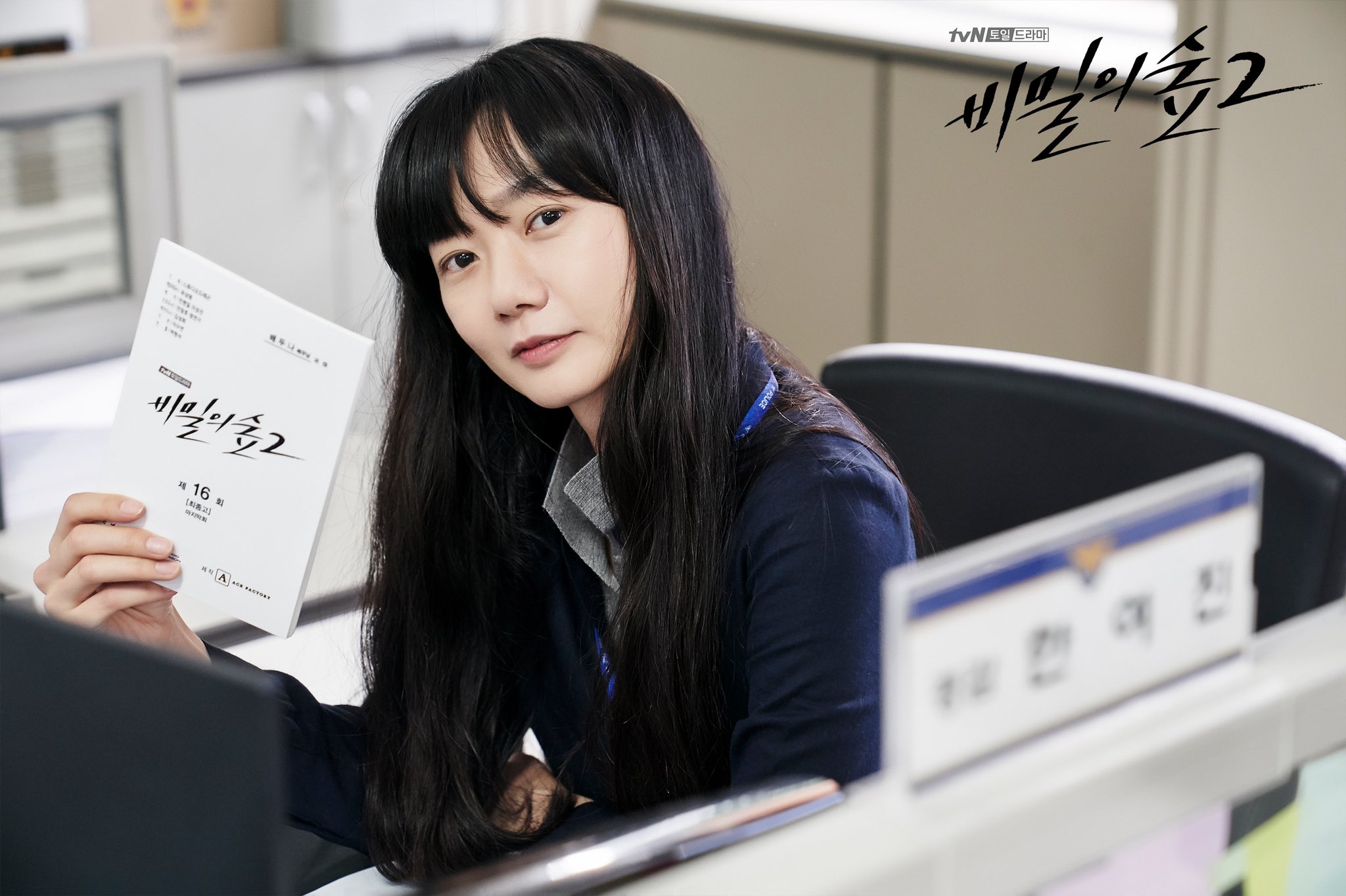 Jeon Hye Jin played Choi Bit, the first female head of intelligence at the National Police Agency. She was charismatic most of the time, but she was also uneasy about her secret being revealed. Jeon Hye Jin’s closing comment was short and sweet, as she said, “I was happy to be a part of this. Thank you everyone who tuned in until the end. Be healthy.” 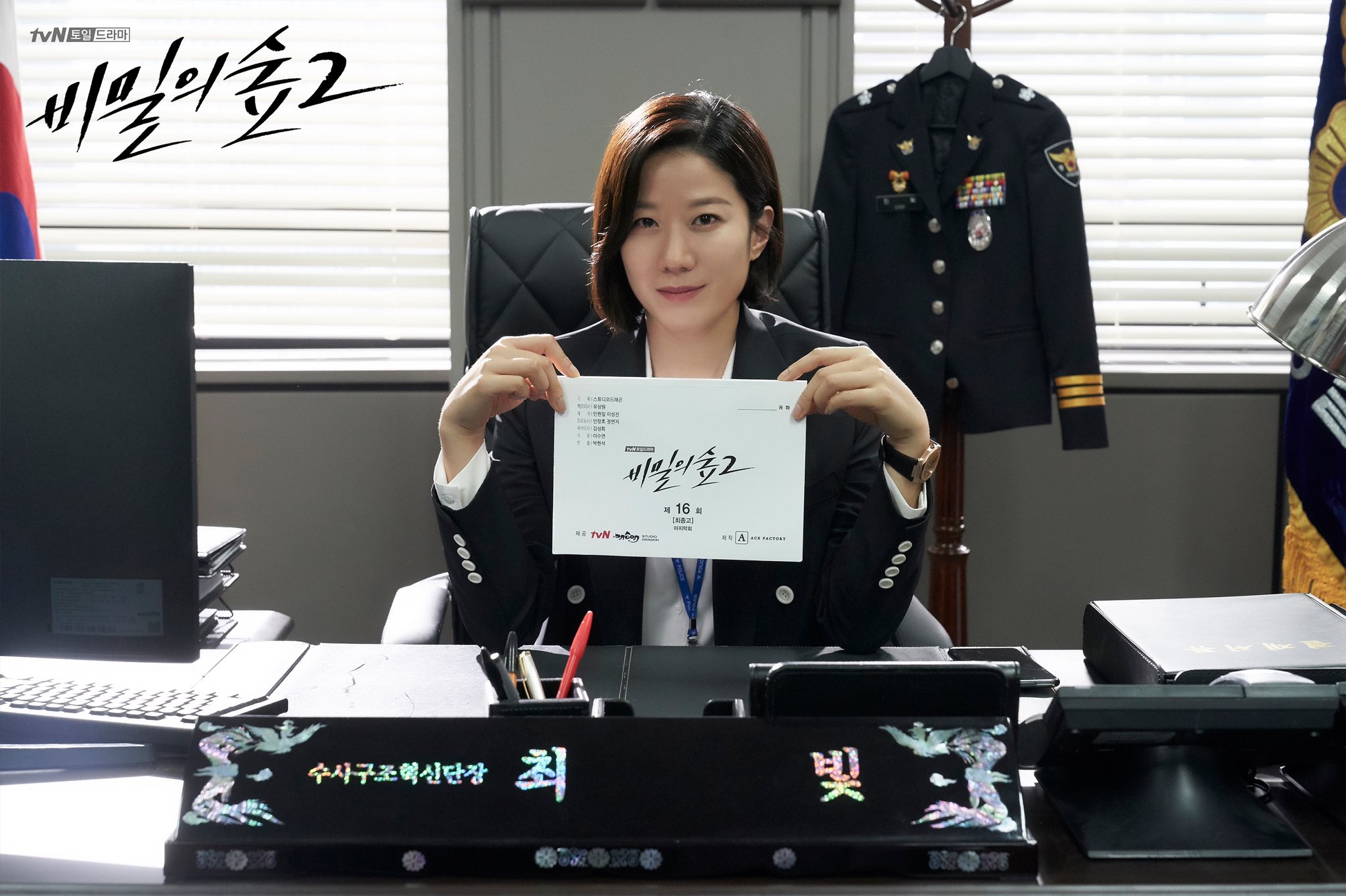 Choi Moo Sung shared about his role as Woo Tae Ha, “It was a new type of character that I was playing, so I felt pressured about that and contemplated a lot about how I should play the character.” Choi Moo Sung realistically expressed Woo Tae Ha’s fear of his dark secrets being revealed. The actor commented, “I sincerely hope you enjoyed your time [watching the drama].” 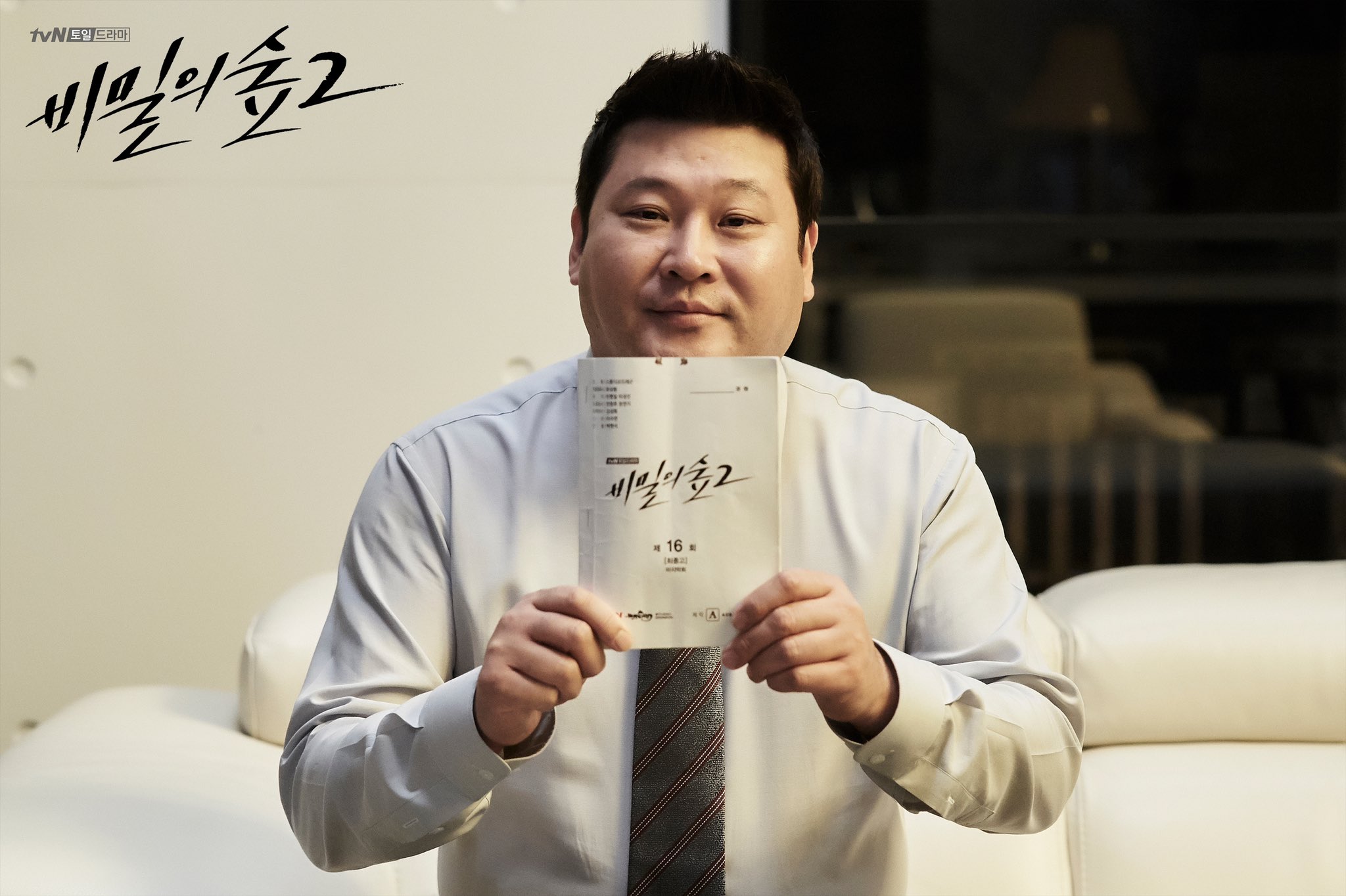 Lee Joon Hyuk began, “It was my first time working on the same project twice.” Lee Joon Hyuk retuned as Seo Dong Jae, the cunning prosecutor whose eyes are set on climbing up the social ladder. Despite his mischief, he was a character viewers could not bring themselves to dislike. Lee Joon Hyuk continued, “I think it’s difficult for people who’ve shared happy memories together to reunite and create great memories again, so I was worried. But I think we were able to create differently nice memories. I would like to think that our team and the viewers have a unique connection.” 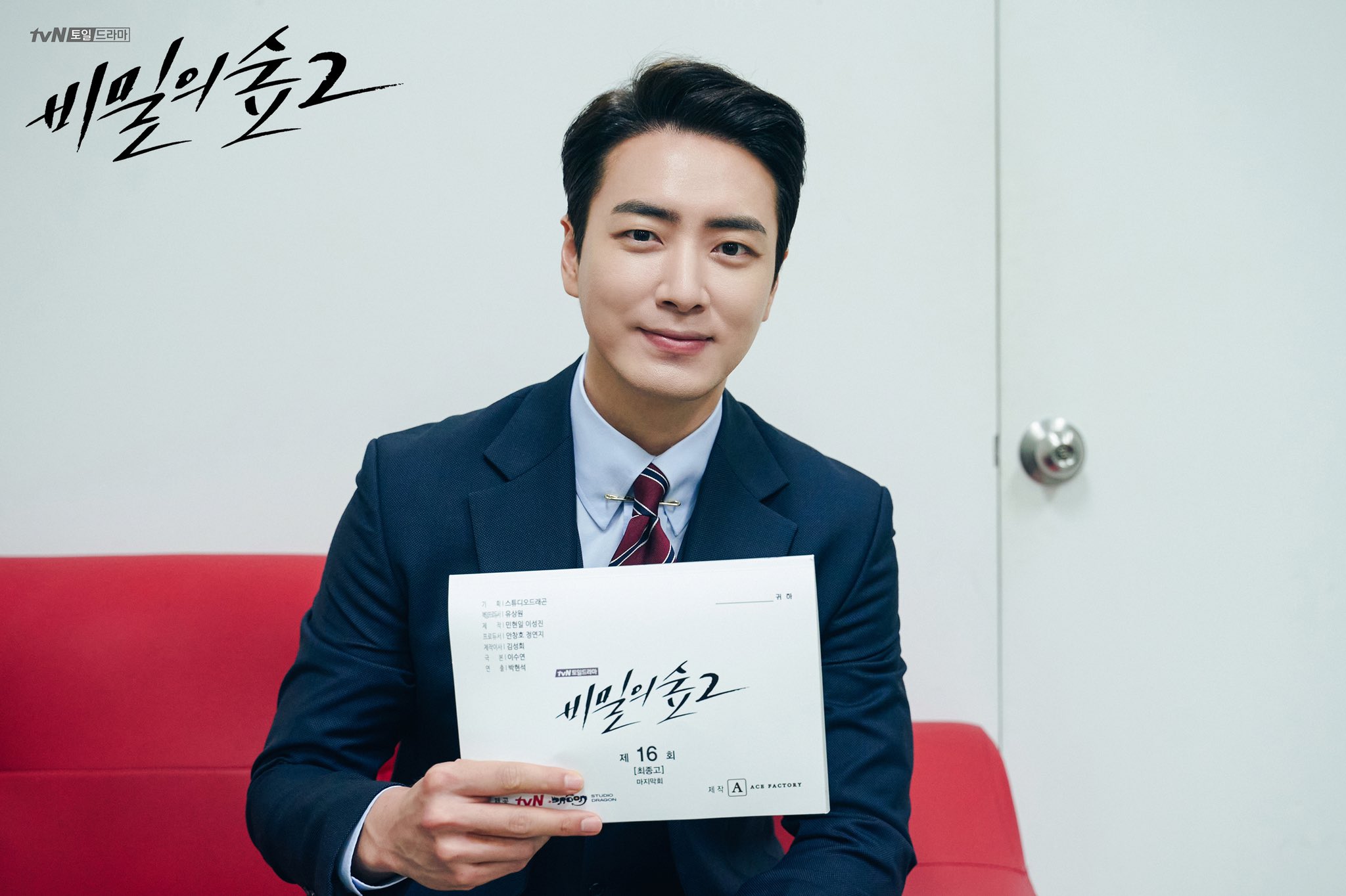 Last but not least, Yoon Se Ah played Lee Yeon Jae, who became the new head of the Hanjo Group in the second season. Yoon Se Ah stated, “‘Will it really come true?’ The countless people who waited and made this reunion come true—that itself would have overwhelmed my heart. Now, I leave Yeon Jae in the position she fears and wants to flee from and bid farewell to her once more. And I imagine her smiling happily as I please. I’m so thankful to those who loved ‘Forest of Secrets 2.’ ‘Forest of Secrets’! Our team! I truly love you. Always be happy.” 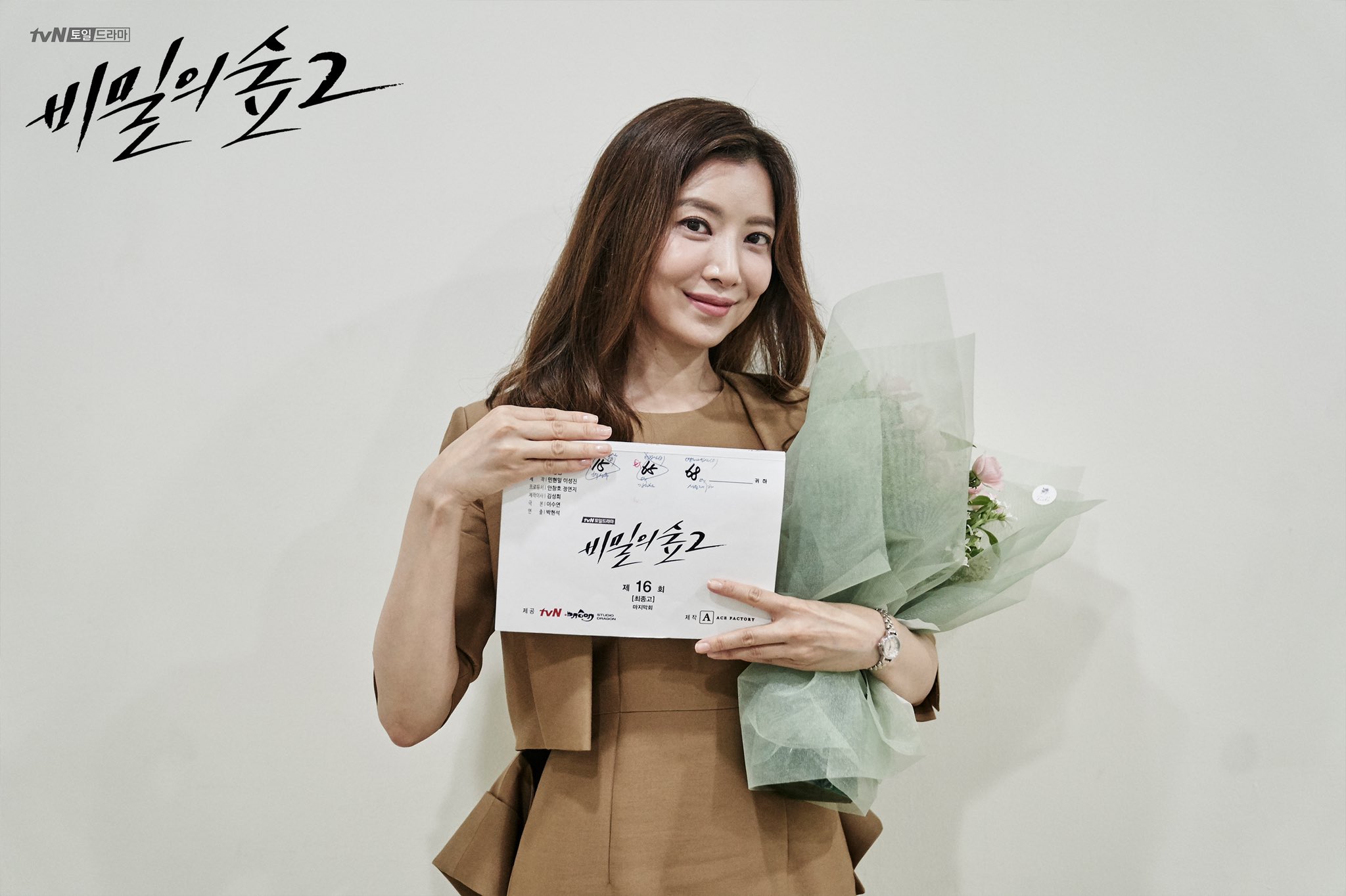 The final episode of the second season of “Forest of Secrets” airs on October 4 at 9 p.m. KST.