Kim Min Jae Shows Warm Support For Park Eun Bin In “Do You Like Brahms?”

SBS’s “Do You Like Brahms?” has shared a new look at the upcoming episode!

Chae Song Ah, who has always worked hard to make up for her late start in the world of music, was once again struck down by reality in the previous episode. After messing up during a practice session, Chae Song Ah was asked if she had any confidence in her own music. She then came across Park Joon Young playing a duet together with his friend Lee Jung Kyung (Park Ji Hyun), marveling at their perfect harmony but also feeling disheartened by the gap between their unimaginable talent and her own hard work.

The upcoming episode will find Chae Song Ah coming to terms with the cold reality she has been trying to avoid acknowledging. The new stills show the couple sitting side by side as Park Joon Young gently extends his hand to rest on top of hers. Chae Song Ah looks up at Park Joon Young with warmth in her eyes as he clasps her hand in comfort. Previously, Park Joon Young made an effort to comfort her by playing the piano for her as well as giving her a CD signed, “To the violinist Chae Song Ah.” His actions in the new stills prove that words aren’t needed as he conveys his heartfelt support through a simple gesture. 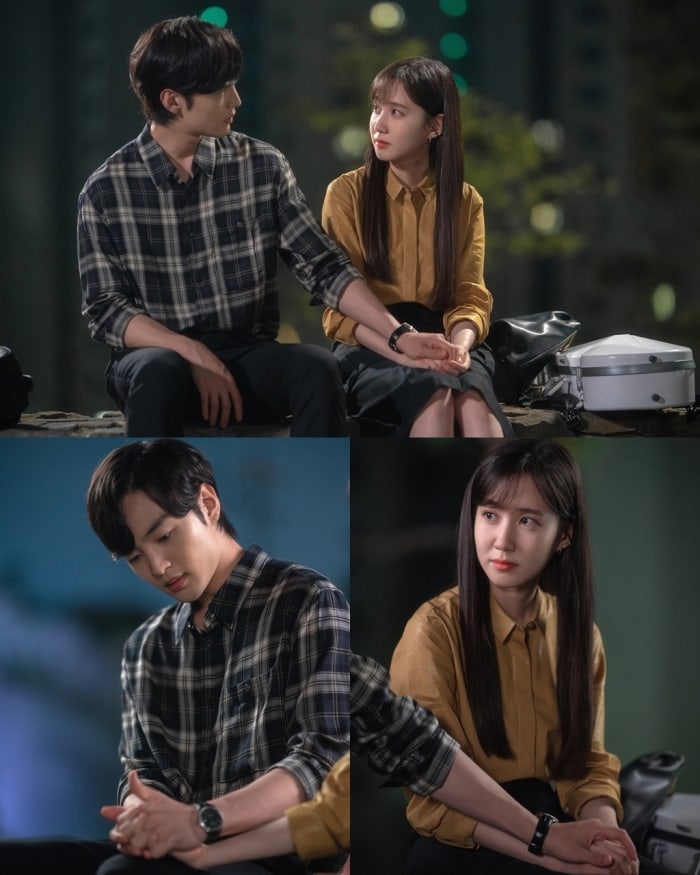 The production team shared, “This episode will show Chae Song Ah facing the reality she tried to ignore by focusing on her passion for the violin. Look out for the wave of bittersweet emotions that Chae Song Ah will feel as she struggles with cold reality and also receives comfort from Park Joon Young.”