KBS 2TV has revealed a behind-the-scenes look at the drama “Zombie Detective”!

The making-of video begins with Choi Jin Hyuk discussing his lines in which he talks about foundation shades. Although the script suggests shade No. 21, Choi Jin Hyuk asks if he can change it to No. 23 because it’s the shade he usually uses. He then gets together with Park Ju Hyun to practice a scene in which he blocks her attempt to come into the room. Park Ju Hyun worries about her face, which she has to press against the door, but Choi Jin Hyuk reassures her that she looks cute. When he sees Park Ju Hyun rubbing her cheek after filming, he also comes to make sure that she’s okay. Park Ju Hyun checks to see if there are any imprints on her cheek before jokingly requesting that her face be blurred if there are any marks. 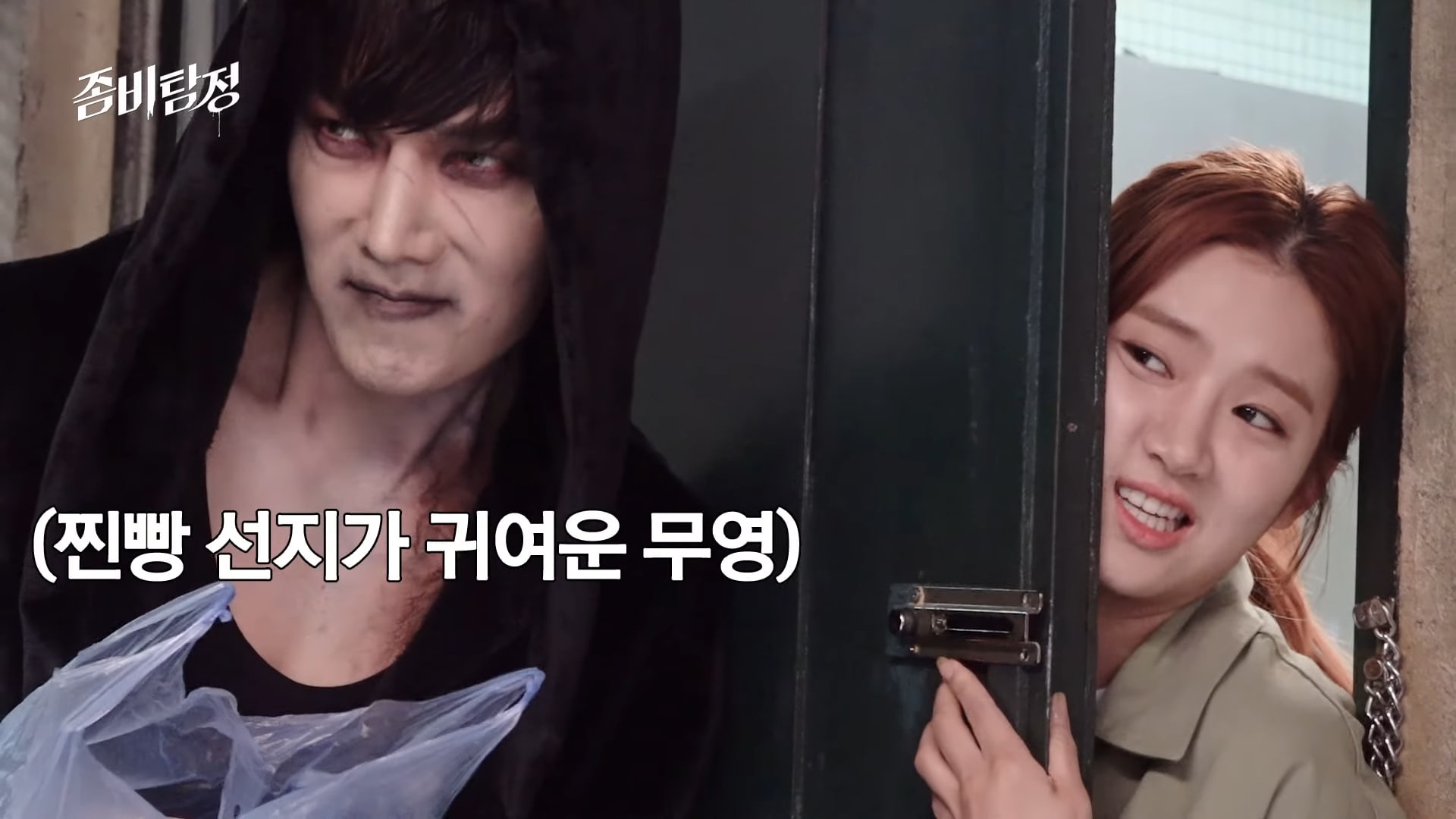 Park Ju Hyun continues to face difficulty in the next scene, where she must hang outside a window suspended by wires. Choi Jin Hyuk tries to lessen her nervousness by assuring her that people who usually use the wires use both hands and that she won’t fall. He follows up by saying with a laugh, “You’re way more safe here than you are on the ground.” Park Ju Hyun overcomes her fears to film the scene but has to retake it a few times due to her makeup smudging on the window. 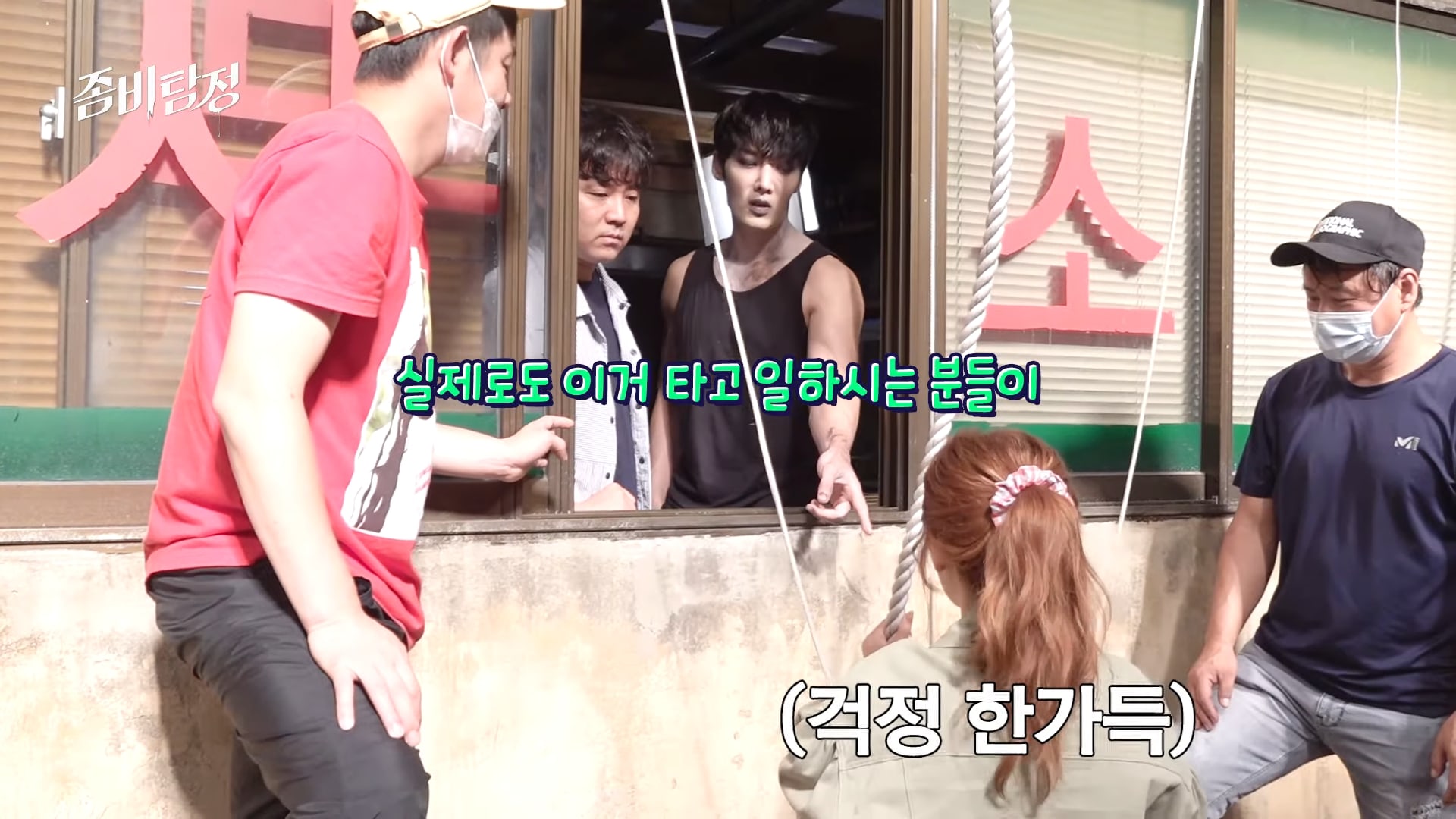 Next, Choi Jin Hyuk plays with a small dog on the set, crouching down to play with him and ask the staff about his age. The children he films the scene with also show great interest in the dog, holding and petting him before beginning filming.

Finally, Choi Jin Hyuk enjoys a bubble bath while wearing a cute fuzzy hairband. He smiles and laughs as he checks his performance afterwards. Wrapped in just a towel, Choi Jin Hyuk also shows off his well-built physique as he takes a sip of his drink before getting back to work.

“Zombie Detective” airs every Monday and Tuesday at 9:30 p.m. KST.