The cast of SBS’s “Running Man” took on new roles on the recent October 4 episode!

In the theme of Chuseok, which Korea celebrated on October 1, the “Running Man” cast pretended to be members of a large family fighting over a major inheritance left behind by the head of the family. 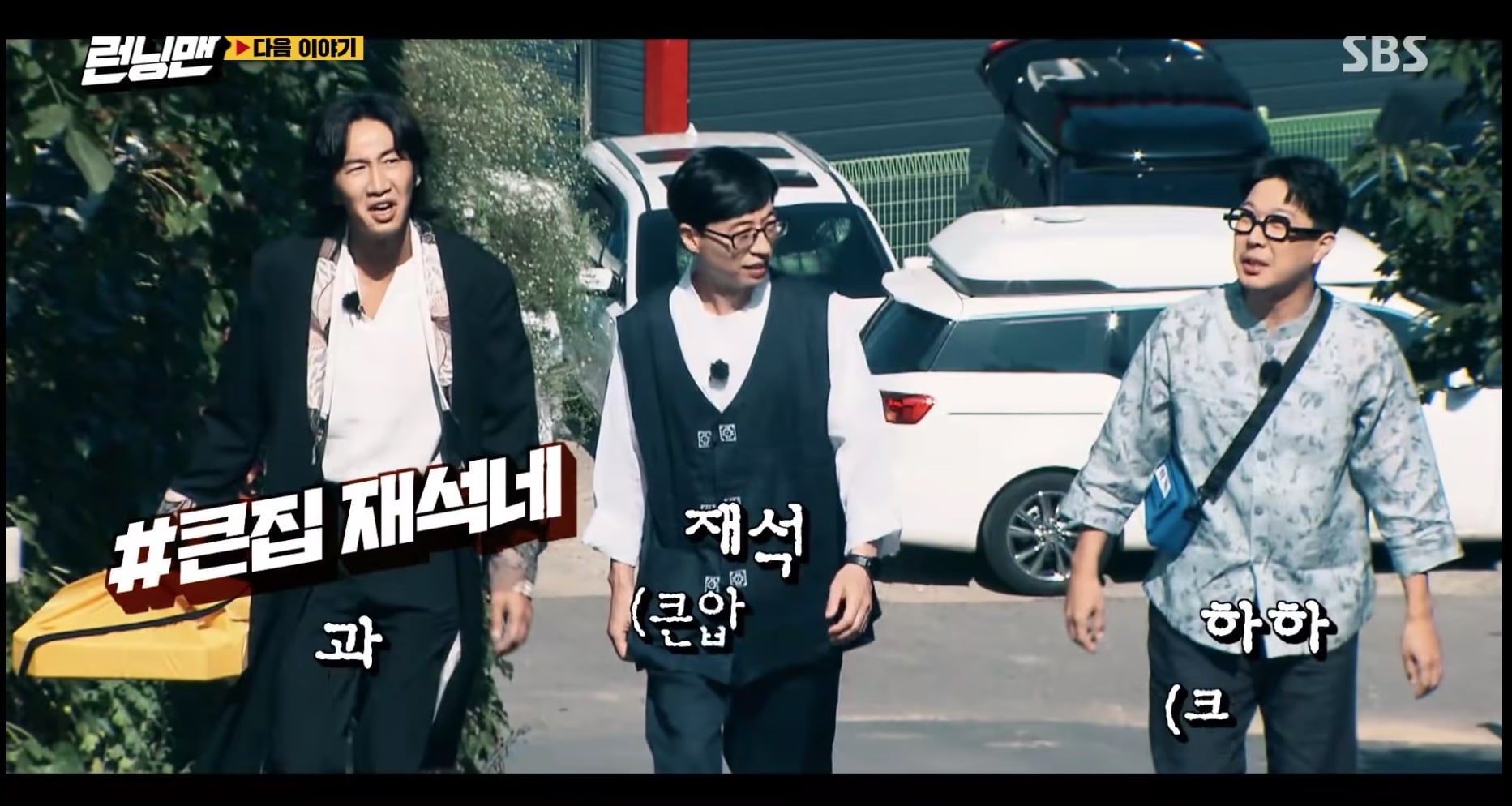 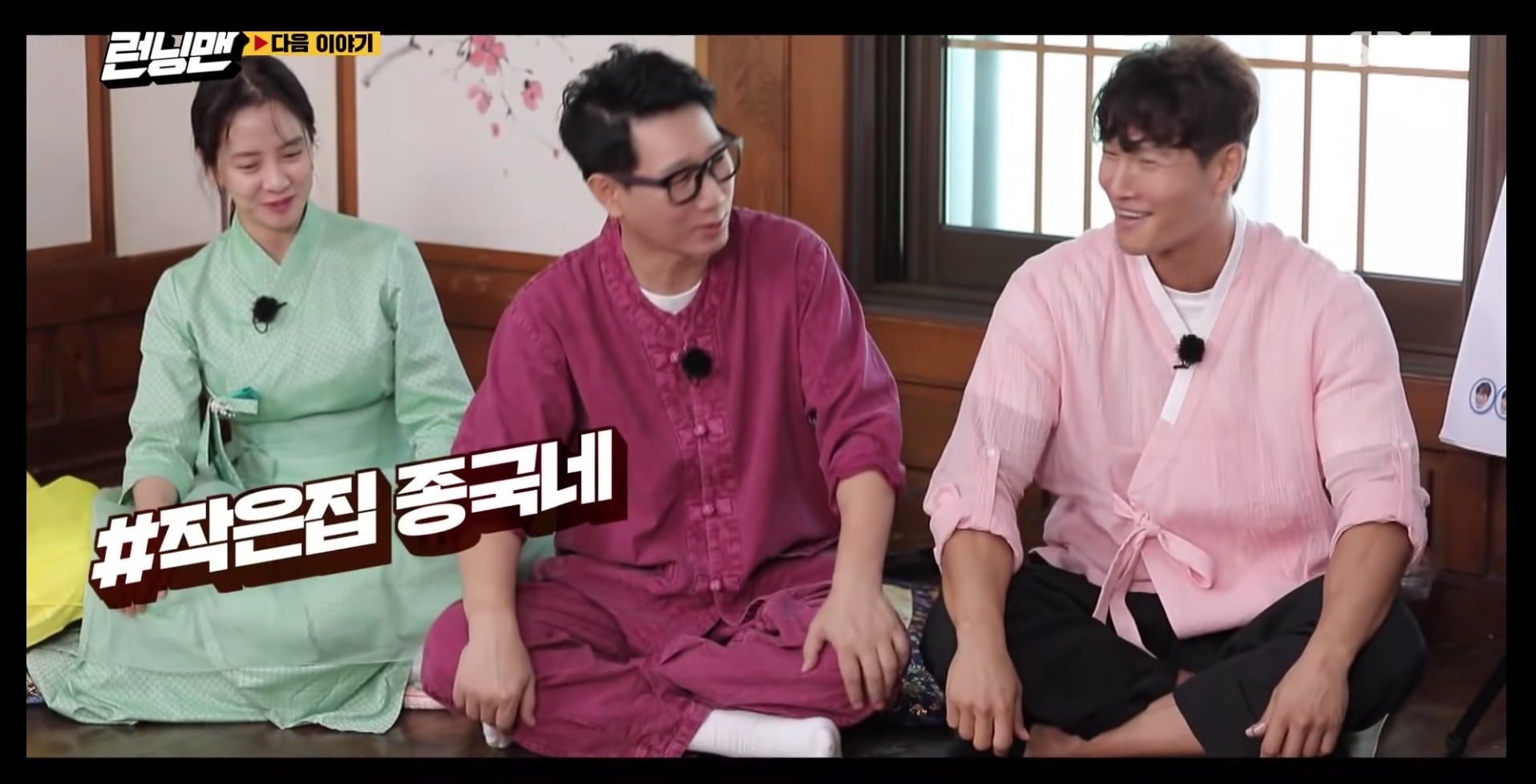 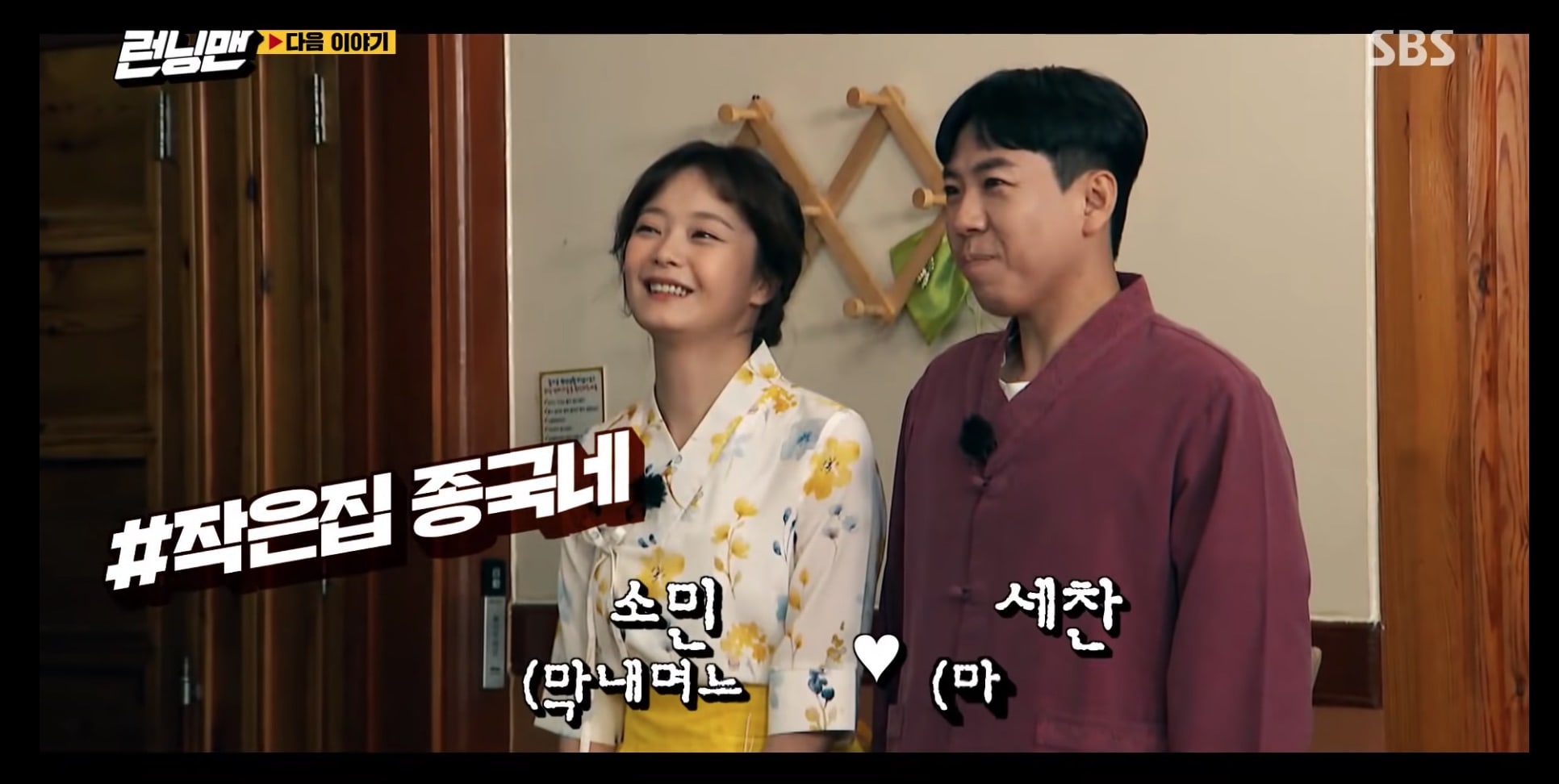 All the cast became rather absorbed in their new roles, especially as their characters occupied different orders of respect than their usual selves. Kim Jong Kook struggled with calling Ji Suk Jin by his name and said, “We’ve done a lot of acting, but this is extremely difficult.” Ji Suk Jin joked, “Father, it’s because you fed me a poisonous snake when I was younger.”

Yang Se Chan and Jun So Min gave off a completely different vibe as they complimented each other and acted sweet around each other. Yang Se Chan asked his “wife” to give him the cup, and Jun So Min responded affectionately, “I’ll pour it for you, dear.” Ji Suk Jin commented, “You’ve completely fallen for a woman,” but Song Ji Hyo made everyone laugh with the retort, “You should learn from them, dear.” 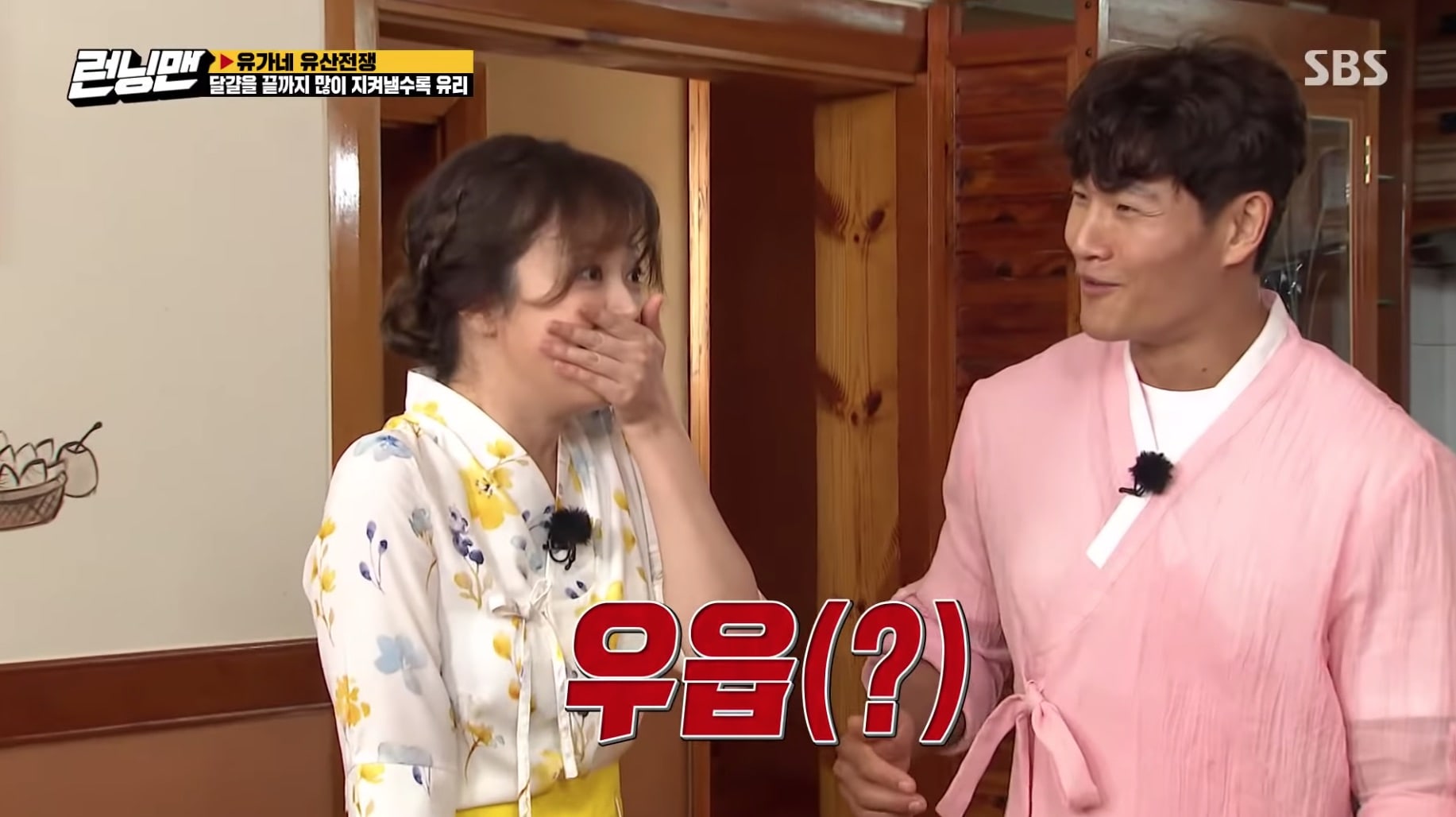 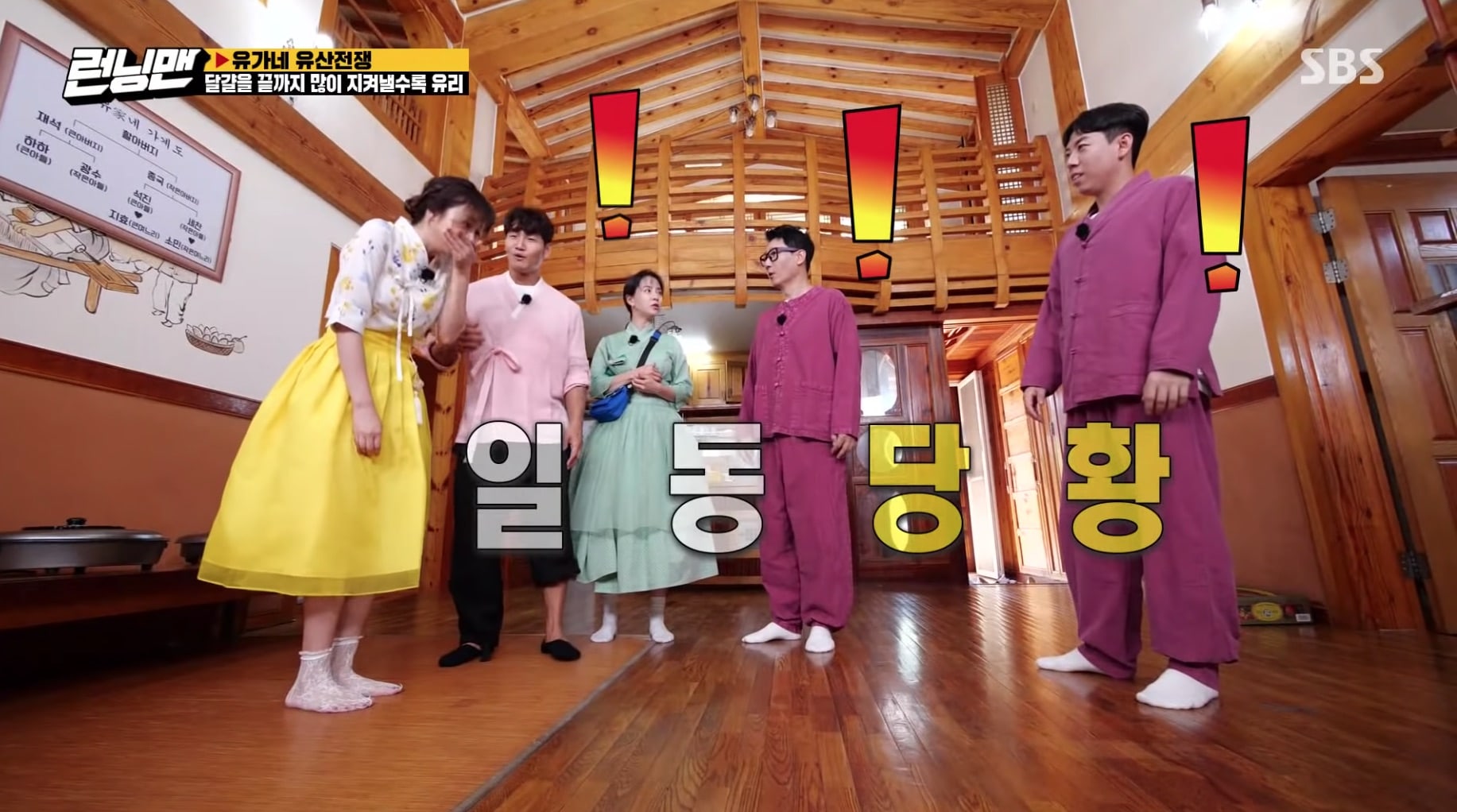 But Jun So Min took everyone aback when she pretended to feel nauseated, implying that her character was pregnant. Despite his experience as a sketch comedian, Yang Se Chan was too surprised to react other than, “Hey,” but Ji Suk Jin and Kim Jong Kook said, “You rascals, it hasn’t even been that long since your honeymoon.” Jun So Min then pretended to be counting down on her fingers to her due date and gave a temporary name to her “baby.” 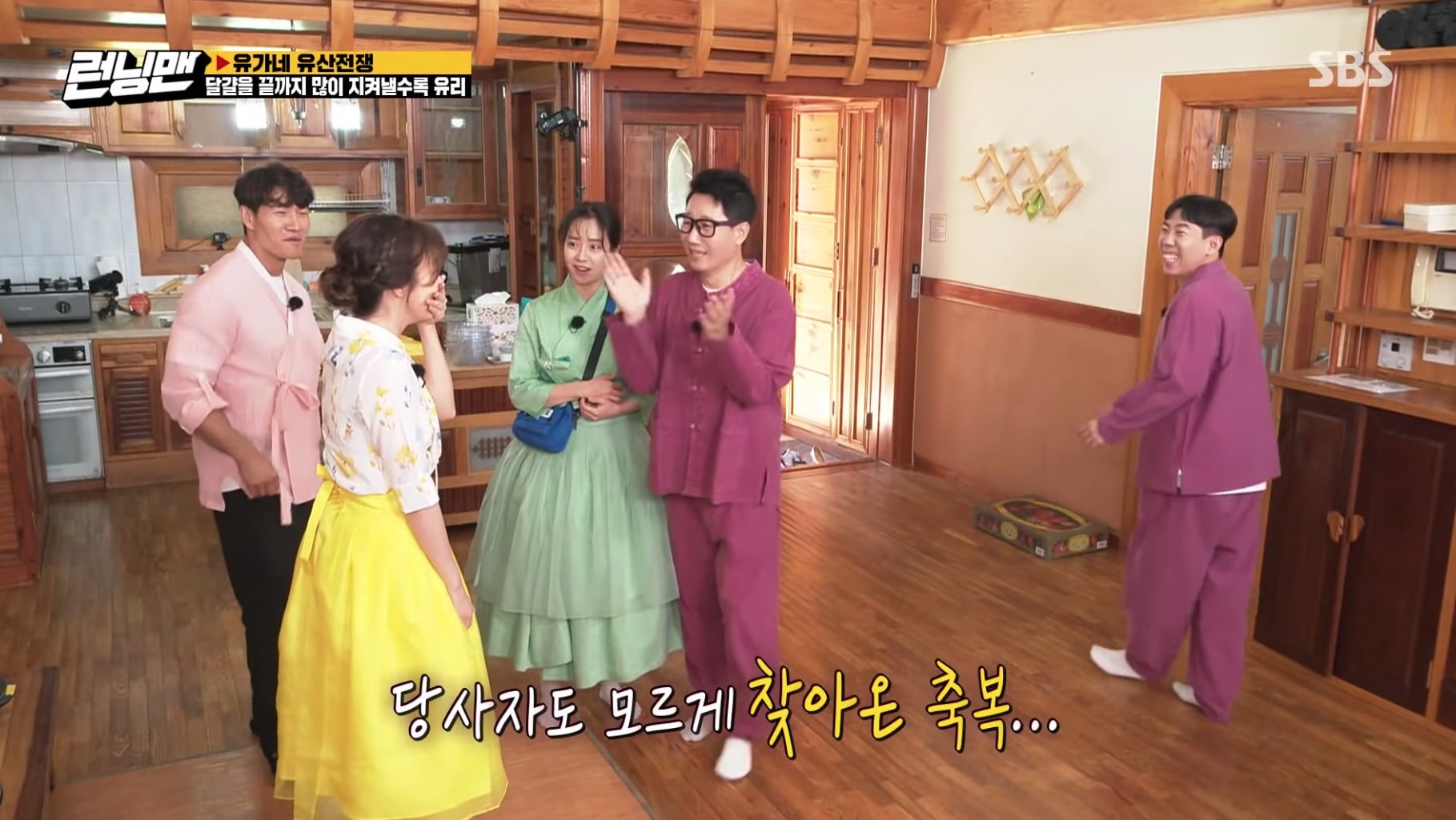 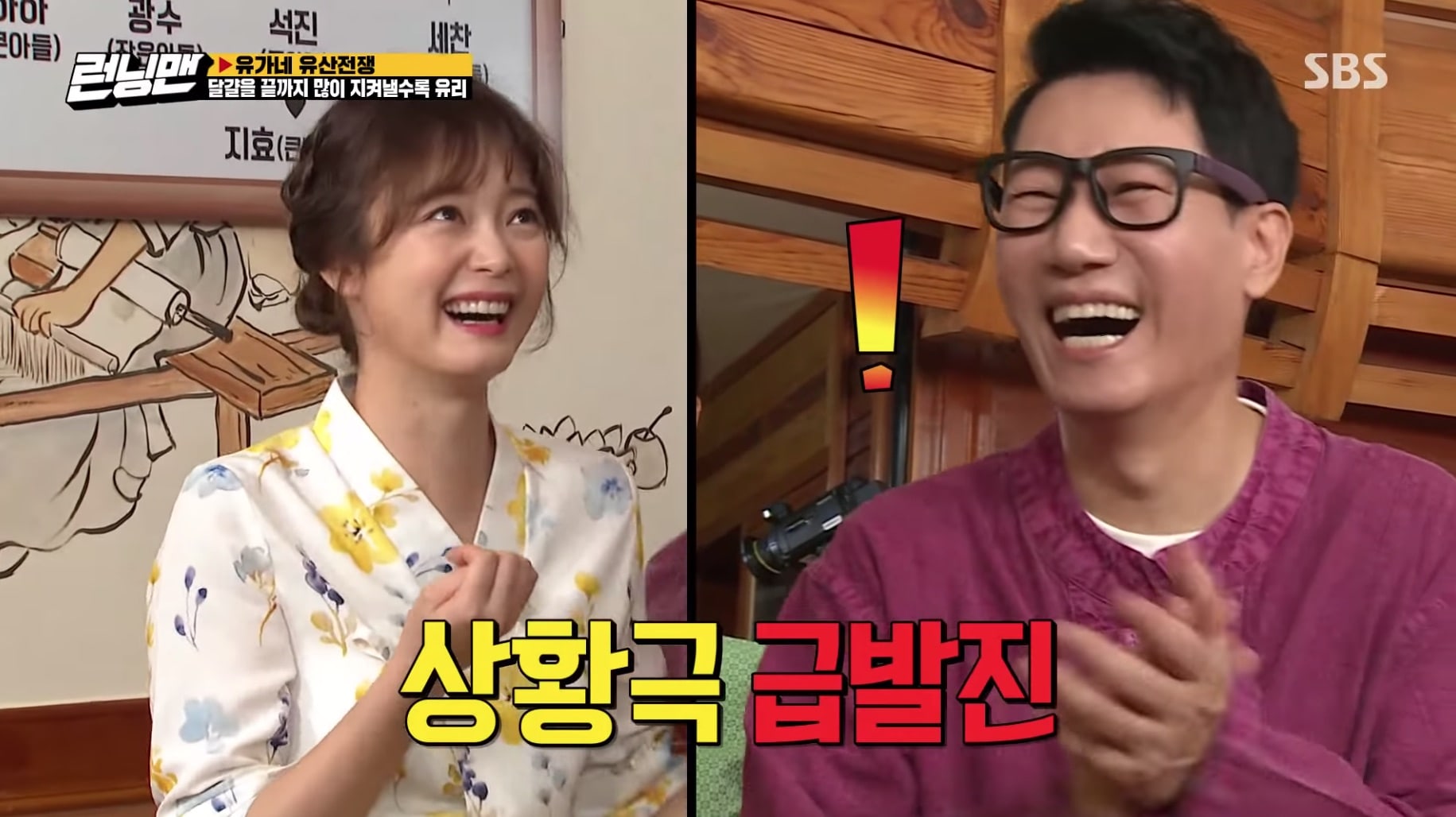