Eric and Yoo In Na’s upcoming drama shared a tantalizing new look at their chemistry!

On October 5, MBC’s “The Spies Who Loved Me” unveiled two special posters that showcase the romance and tension between two of its leads.

“The Spies Who Loved Me” is a suspenseful romantic comedy about a woman who inadvertently gets caught up in the world of espionage. Yoo In Na will star as Kang Ah Reum, a wedding dress designer who’s been married twice, to two husbands who both harbor many secrets. Eric will star as Kang Ah Reum’s first husband Jun Ji Hoon, a charming and unpredictable secret agent who works for Interpol. Im Joo Hwan plays her current husband, who’s a corporate spy.

The first poster features Eric and Yoo In Na embracing in the glow of the setting sun as they gaze into each other’s eyes. Their characters met as though they were destined and they loved each other passionately, however they had no choice but to part. As they face each other again in the poster and it’s unclear whether they’re now friends or enemies, the tagline on the poster reads, “The sweetest trick.” 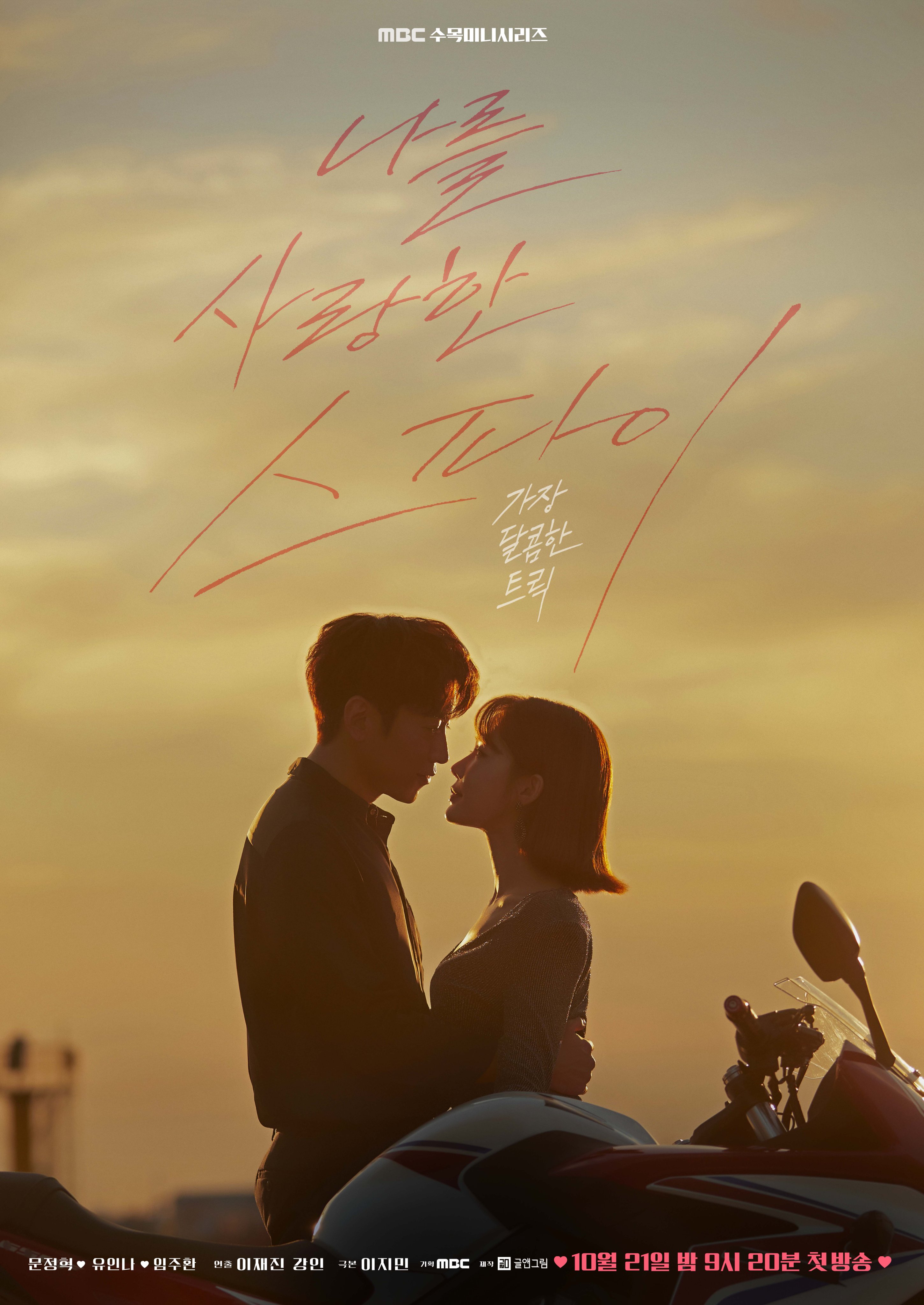 The black-and-white second poster highlights both the chemistry and danger in their relationship. While once again locked in an embrace, Yoo In Na is holding scissors while Eric has a gun. The tagline reads, “Marriage becomes a variable in the operation.” 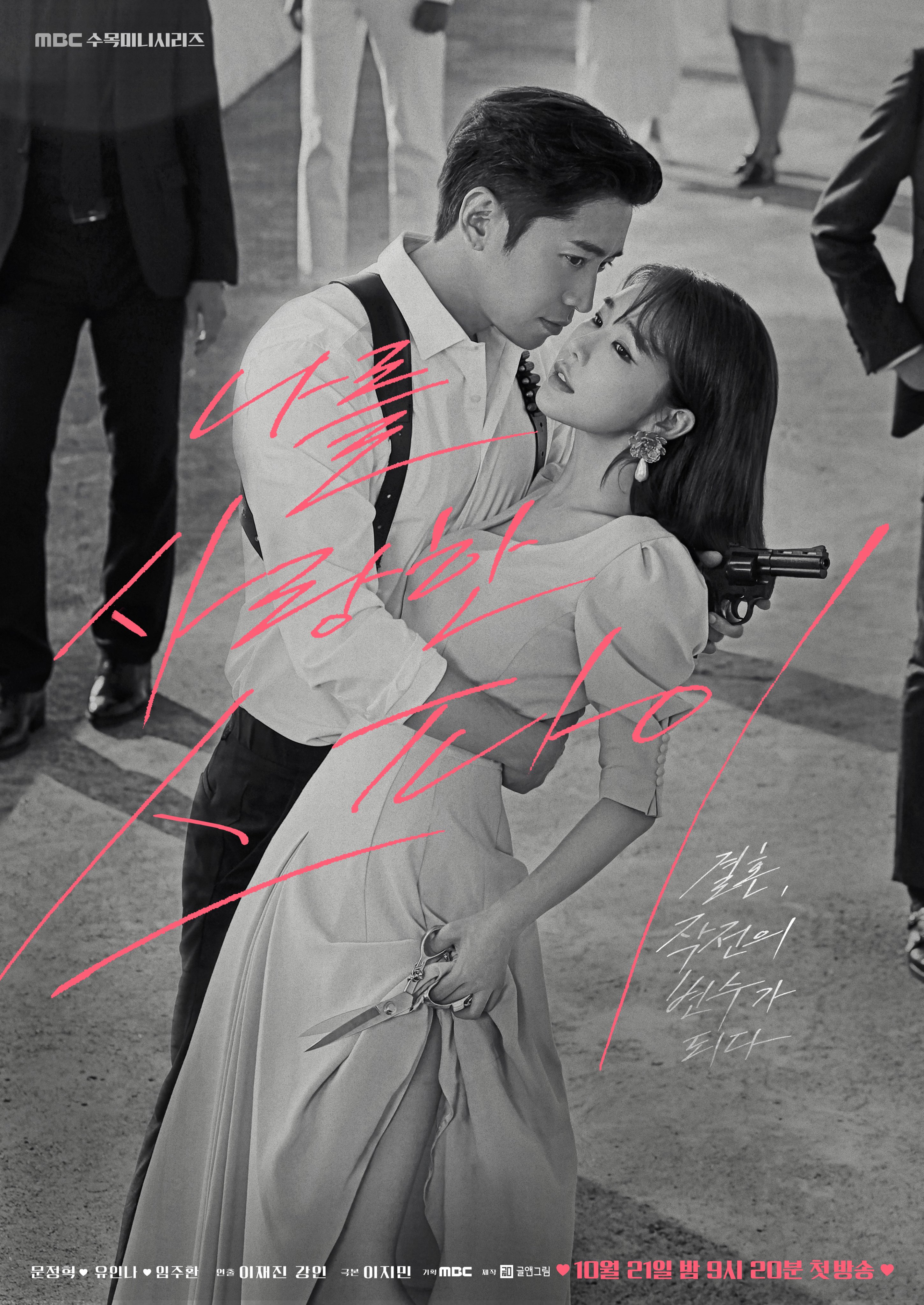 The production team said, “These special posters portray the secrets hidden behind their seemingly perfect relationship.” They added, “There’s also a hidden secret behind the passionate love that was shared between Kang Ah Reum and Jun Ji Hoon. Please look forward to the unpredictable ‘secret romance’ between Jun Ji Hoon, who had to lie for the sake of love, and Kang Ah Reum, who could never have imagined his secret.”

And watch Yoo In Na in “Touch Your Heart” here!