YG Entertainment has revealed their decision on the scenes in BLACKPINK’s “Lovesick Girls” music video that feature a nurse uniform.

Read the agency’s full statement below:

This is YG Entertainment.

We have decided to edit out all of the scenes with the nurse uniform in BLACKPINK’s “Lovesick Girls” music video, and we will replace the video as soon as possible.

While working on the music video for a long time, we did not expect this issue to be raised because [the scenes] had no specific intention to them. We feel greatly responsible for this and will consider it an opportunity to deeply learn.

We relay our apologies to the nurses who felt discomfort, and we once again express our respect to all healthcare workers who are working hard for the sake of the health of the citizens.

On October 5, the Korean Health and Medical Worker’s Union expressed their opinion that the portrayal of a nurse in the music video was contributing to distorted stereotypes about nurses and asked YG Entertainment to take appropriate measures. 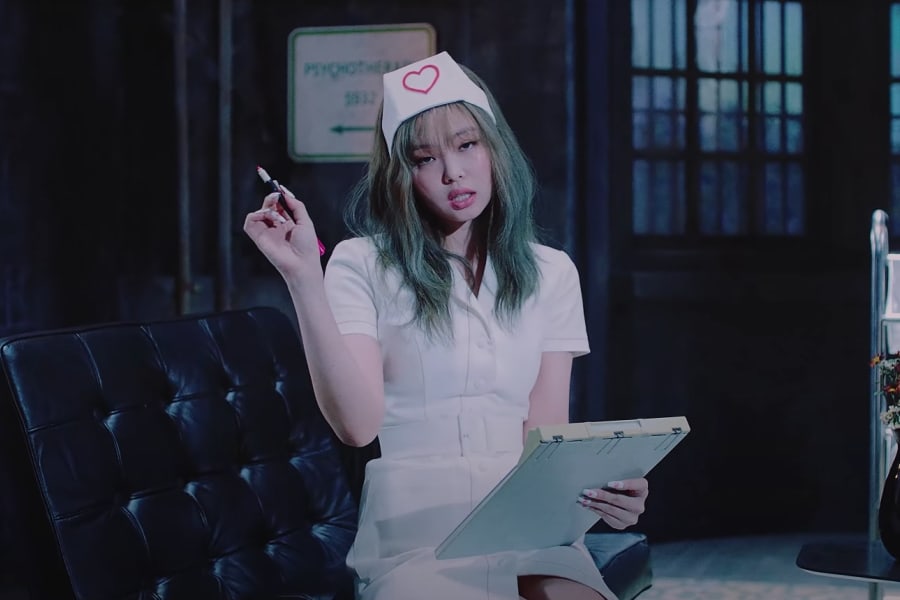 Below is the Korean Health and Medical Worker’s Union’s full statement:

In the YG Entertainment group BLACKPINK’s “Lovesick Girls” music video that was released on October 2, one of the members appeared in a nurse’s outfit. The cap, tight and short skirt, and high heels are completely different from an actual nurse uniform. The outfit and portrayal directly imitate the typical sexual stereotype and excuse it as a simple “costume.”

Even though nurses are professional healthcare workers, for the sole reason that there are more women in the profession, they have been subject to sexual objectification and derogatory portrayals expressing doubts about their professionalism. Nurses have been fighting for a long time to change this, and in 2020, when the discussion about women’s rights is more active than ever, YG Entertainment sexually objectified the image of a nurse in BLACKPINK’s music video. The music video gained almost 100 million views in three days since its release.

In a real hospital, not the ones in the media, nurses are fighting at the frontlines of COVID-19 and taking on the risk of infection for the safety and survival of the citizens. There has been a climate of heroizing nurses as well, but there are still those who call nurses “hey” or “young lady” and let out their stress on them or exercise their power on them. Furthermore, nurses are the healthcare workers who are the most frequently exposed to sexual abuse. If the media continues to show a distorted image of nurses, situations like these will only get worse.

After the music video was revealed, hashtags like #NursesAreNotCostumes, #Stop_Sexualizing_Nurses, and #nurse_is_profession appeared on social media. Sexual objectification of professions with a higher ratio of women to men has gone on for too long to simply think of this as the voice of the minority in an online space.

The Korean Health and Medical Worker’s Union strictly opposes sexual objectification of women and nurses. As BLACKPINK’s new song is ranking high on charts globally, we call on YG Entertainment to take responsible measures to match their popularity and influence.

First, we express our deep respect to the nurses who are always staying by the patients’ sides and fighting in the frontlines.

“Lovesick Girls” is a song that raises the question of why we continue to find love when we are hurt by it while also conveying a hopeful message.

In the “Lovesick Girls” music video, the scene with the nurse and the patient reflects the lyrics, “No doctor could help when I’m lovesick.”

There was no specific intention to it, but we are concerned about the distorted views.

We ask that you think of music videos as an independent genre of art, and we would appreciate it if you could understand that each scene was made with no other intention than to express the music.

The production team is currently deliberating and discussing whether the scene should be edited out.