Sweet And Breezy Romance: 5 Reasons To Fall In Love With C-Drama “My Unicorn Girl”

On her 18th birthday, Sang Tian makes a wish to enter her mother’s school to become part of the figure skating team. However, things do not go according to plan for her. She is accidentally selected into the men’s ice hockey program as a male player. Things get more complicated for her when she realizes that one of the team members, Wen Bing, is the exact young man she has crossed swords with in the past. Their encounter leads to a series of funny and romantic incidents that ultimately bring their hearts closer.

Although their story is not the typical love-at-first-sight romance, it’s full of fateful coincidences and chirpy games of lovers-to-be. This is just the kind of show that will destress you after a hard day or add to your happiness when you’re in a good mood.

Here are a few reasons to check out this drama! 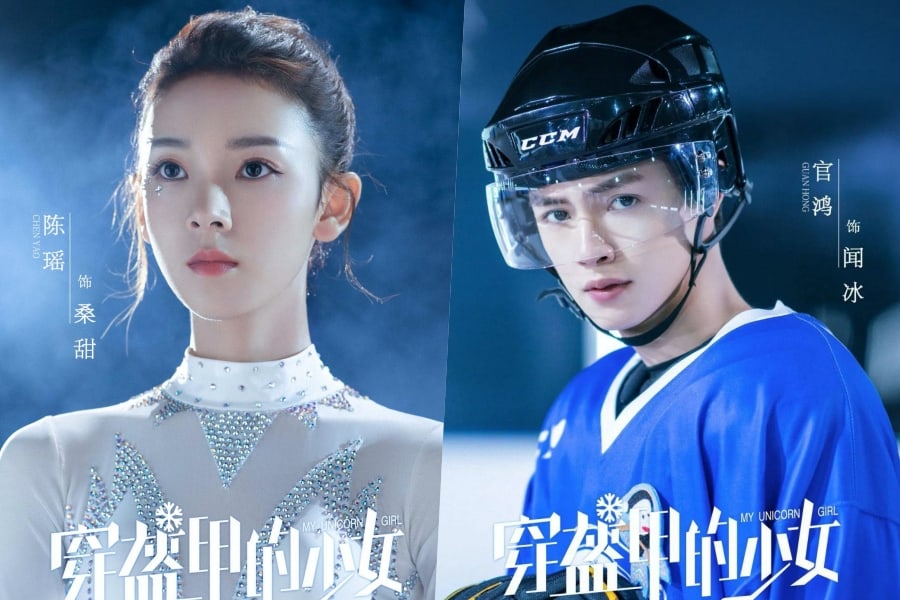 Sporty C-dramas have taken us by surprise the past few years. Dramas like “Skate into Love” and “My Mr. Mermaid” are both of the kind that keep you on the edge with breezy romance and inspiring sporty scenes.

“My Unicorn Girl” is a similar sporty show featuring two special ice sports: ice hockey and figure skating. It devotes a lot of time to the competitive situation at the ice rink, where the female lead and male lead cultivate affection towards each other while chasing after their sports dreams.

In an interview, the cast surprisingly revealed that they received professional training in ice hockey and figure skating for over a month to ensure the quality of the sporty scenes.

Romance under a disguise 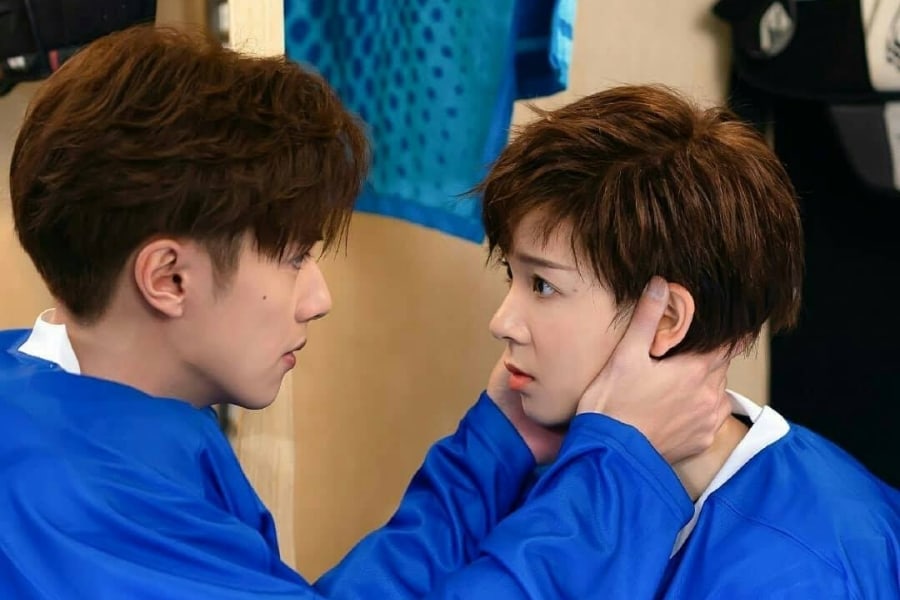 Joining the boy’s hockey team in a disguise is risky enough for Sang Tian, but the real troubles are waiting around the corner. On the first day of enrollment, Sang Tian’s plan of having her own dorm room is smashed by Wen Bing, who decides to stay with her in the same room. An interesting tit-for-tat cohabitation story begins right from here! 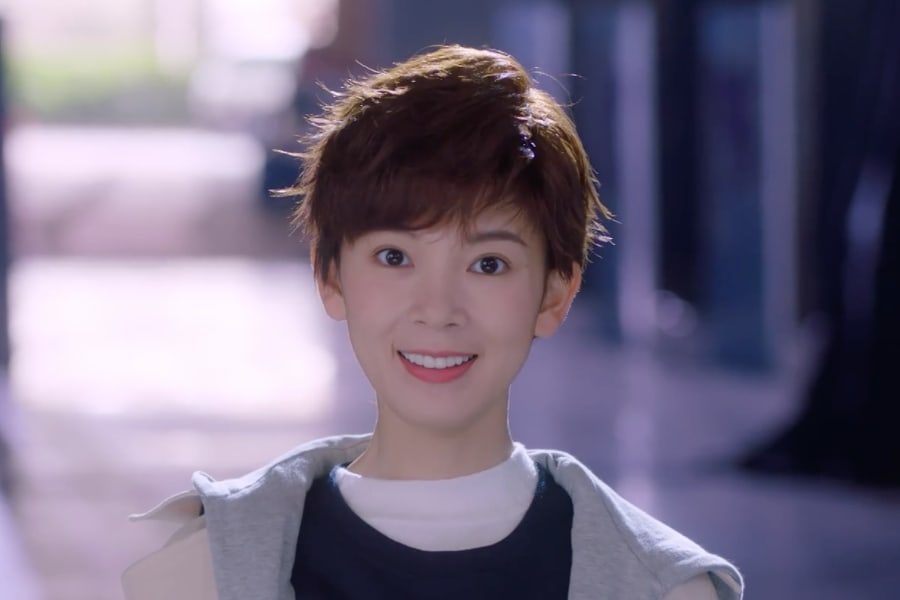 The female lead Sang Tian is outgoing, positive, and passionate. Although she can be a little naughty and stubborn, it’s in an adorable way. She is also very determined to join the figure skating team where her mother used to be and keeps looking for opportunities to realize her dream. Sang Tian is the kind of girl who has a magical quality that helps her weather the storm in difficult times and brighten up the people around her.

Chen Yao, who plays Sang Tian, brings the character to life, perfectly portraying the pleasant and charming personality of the 18-year-old student. Her disguise as a male student suits her appearance and physique well, which is a strong plus in making the story more believable. In addition, Chen Yao is a promising actress with several other hit dramas that have attracted large numbers of global fans, including the recent on-air drama “Maiden Holmes” and costume fantasy “Wu Xin: The Monster Killer.” 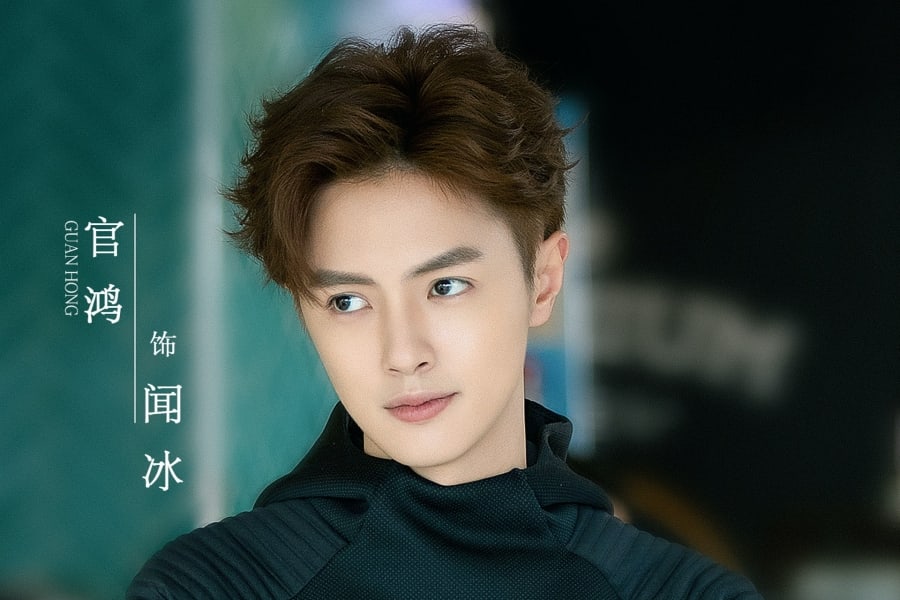 The male lead, Wen Bing, is seemingly arrogant, indifferent, and fond of pranks. As the story unfolds, we find out that Wen Bing actually has a kind heart, and the rumored personality issue was only due to his inability to recognize people’s faces. Fortunately, the miserable setup for our male lead starts to change after his fateful encounter with Sang Tian.

Darren Chen perfectly suits the role as Wen Bing. His performance here is as eye-catching as those in his previous shows “Meteor Garden” and costume C-drama “The Sleuth of the Ming Dynasty” — two representative works that propelled him into greater fame. In “My Unicorn Girl,” Darren Chen grabs tons of attention again with his extraordinary acting and bewitching appearance. The gap between his ice cold face and warm, enlightened expression for our heroine is sure to make your heart race! 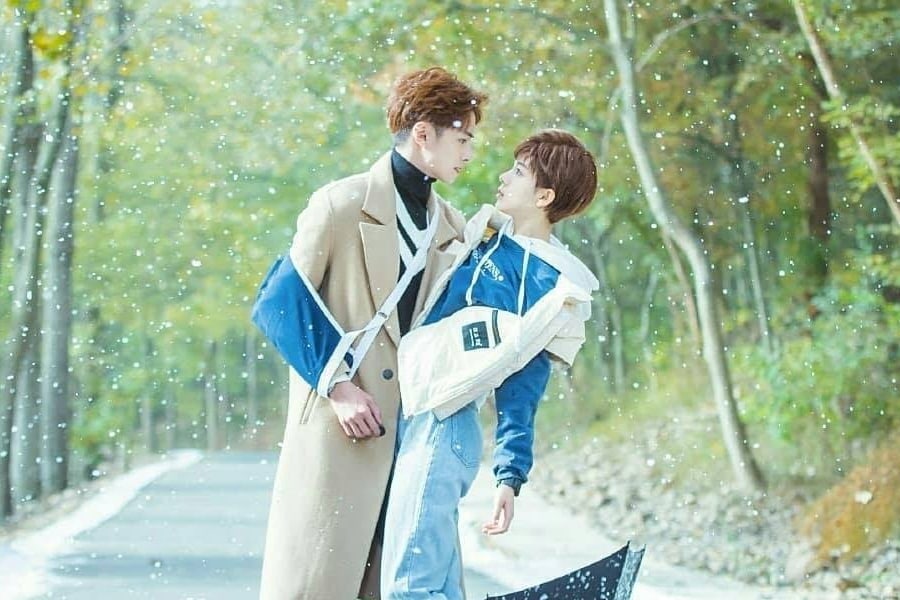 Sang Tian and Wen Bing are both amazing characters separately, but together, their chemistry is just off the charts.

Before our heroine meets Wen Bing, she is proudly called a “lucky koi” who always makes dreams come true easily. But everything begins to fall apart after they bump into each other. Sang Tian comes to realize that Wen Bing has infected her with bad luck, and the only way to get her good luck back is by getting the man’s help. Will there be a panacea for their frenemy relationship?

There’s just so much to love about “My Unicorn Girl.” Cute characters, an interesting storyline, and a fun plot! It’s simply impossible to not smile when you’re watching the drama. If you’re in urgent need of a dose of sweetness, give it a try!

Soompi Spotlight
My Unicorn Girl
How does this article make you feel?