Watch: Krystal Transforms Into A Pregnant College Student On A Mission In Previews For New Film

f(x)’s Krystal stars in a trailer and poster for the upcoming movie “More Than Family”!

Krystal looks determined on her hunt in the new poster, and text reads, “On a long journey to find ‘father.'” The poster includes the hints: 1. Daegu resident, 2. Family name Choi, and 3. Technology and home economics teacher. 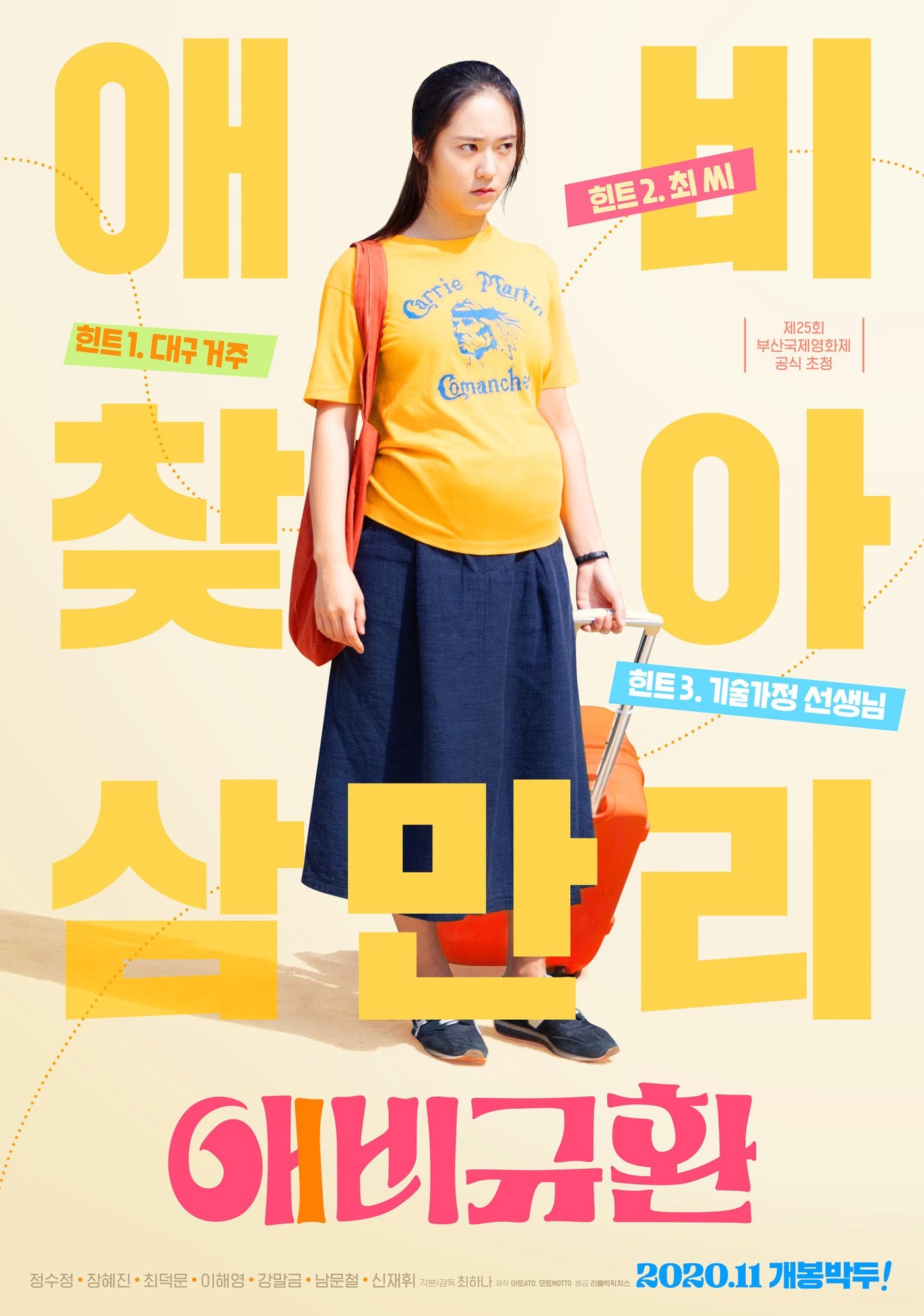 A teaser video for the film reveals the retro vibe of the comedy that will include Krystal’s character experiencing misfortune after misfortune on her quest. She first sits down with her boyfriend Ho Hoon (Shin Jae Hwi) in front of her parents to share the news, with To Il coolly taking off her baggy sweater to show them that she’s pregnant.

“I’m already five months along,” she tells them nonchalantly, and her stepfather hangs his head. Ho Hoon nervously explains that they’d been worried they would tell them not to keep the baby and he apologizes with a deep bow.

Her mother asks her, “Do you really need to be this extreme?” She demands to know what To Il is going to do about school, graduation, and work, and her daughter calmly presents them with a five-year plan that includes balancing marriage and school.

Over clips of To Il in the past, a narration says, “I knew she was going to cause an accident at some point, but this is bizarre.” In another scene, To Il is asked if she really has to find her birth father. “You wouldn’t understand,” she says, “you’ve only experienced life in a normal home.”

To Il goes to question a male teacher at a school, and she asks him with a big smile, “Is your daughter doing well?” He replies in surprise, “I’ve never been married,” and To Il scratches her head in frustration as she leaves the school.

At the end of the clip, her mother and stepfather ask her, “Why are you like this?” To Il replies with a yell, “I don’t know either!”

It’s been announced that the film will hit theaters in Korea in November, and it has been invited to the Busan International Film Festival in the “Korean Cinema Today – Panorama” section.

Krystal will soon star alongside Jang Dong Yoon in the military thriller drama “Search.” Check out a teaser for the drama below!