Watch: Hayeon Makes Her Debut And Gets Cheered On By Sister Taeyeon

On October 7, Hayeon debuted with “Eyes on You,” a track that was composed and arranged as a collaboration between artificial intelligence (AI) and producer NUVO. Hayeon took part in writing the lyrics.

Hayeon is kicking off her music career with this new digital single, and she’ll be releasing more songs later this year.

On the big day of Hayeon’s debut, Taeyeon shared clips from her music video in her Instagram stories and wrote, “Congrats, my sister.” 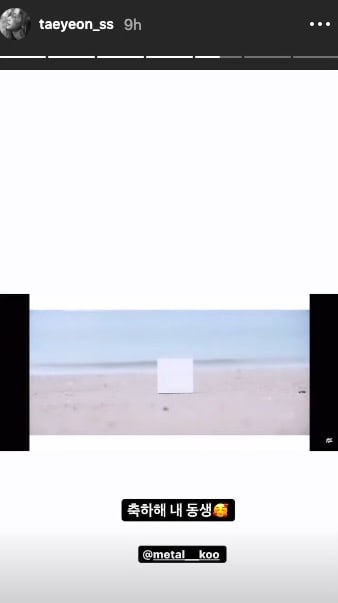 Watch Hayeon’s debut with “Eyes on You” below!

Girls' Generation
Taeyeon
Hayeon
How does this article make you feel?