Go Ara Compares Her Character To A Fairy Tale Princess, Lee Jae Wook Talks About His Fast Rise To Fame, And More

On October 7, the upcoming KBS drama “Do Do Sol Sol La La Sol” held a press conference with the director and lead actors. 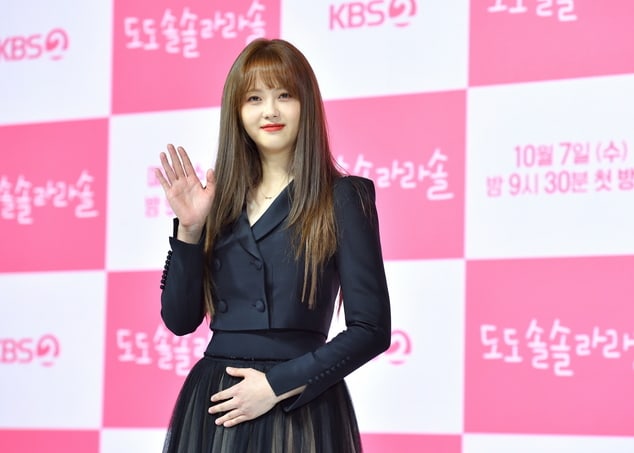 Producing director (PD) Kim Min Kyung described Goo La La as a character never before seen in a Korean rom-com but one that fit Go Ara to a tee. Go Ara said, “I’ve enjoyed many rom-coms as a viewer. I’m having a lot of fun now that I’m in one. I’ve always wanted to do a rom-com but this is the first time I’ve done this genre since my debut. This was my chance.”

She continued, “My character is a lot like Rapunzel from ‘Tangled.’ She grew up obedient to her one parent, with only her pet for company. It isn’t until she meets Sun Woo Joon at La La Land that her world begins to change.”

The screenwriter of the drama had shared that Go Ara was a 200 percent match for the character. The actress replied, “Personally, I think it’s about 99 percent. I’ll leave about a 1 percent gap.” Go Ara added that she had practiced piano for 3-4 months in order to prepare for her role. She plays piano as a hobby, but she wanted to improve in order to play more impressive songs for the drama. 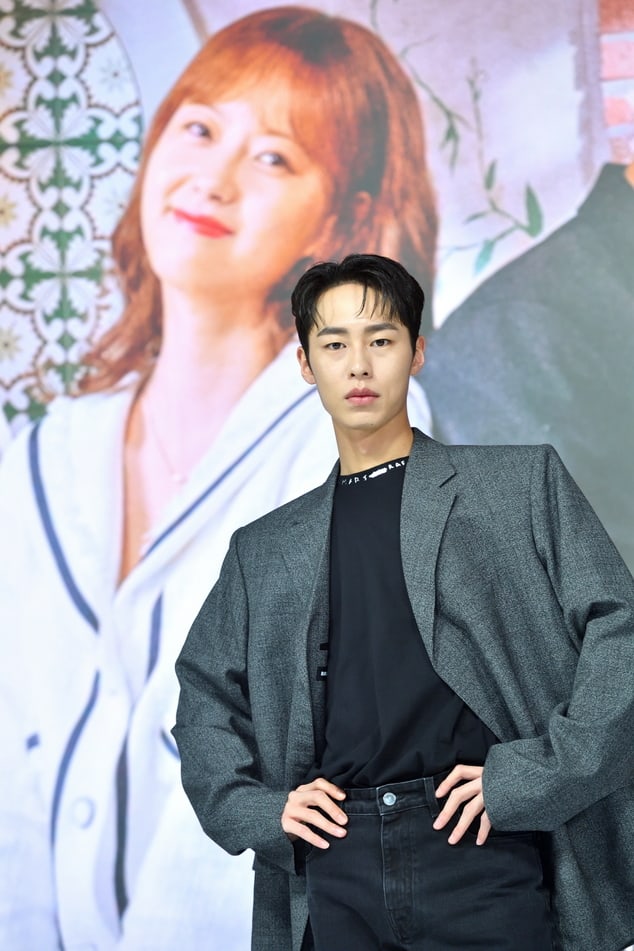 Lee Jae Wook made his debut in 2018 through “Memories of the Alhambra.” In 2019, he played a supporting role in “Search: WWW” and the second male lead in “Extraordinary You,” and played another supporting role in 2020’s “I’ll Go to You When the Weather Is Nice.” “Do Do Sol Sol La La Sol” is his first lead role in a mini-series.

Asked about becoming a lead actor within the first two years of his career, he said, “I won’t say that it wasn’t a lot of pressure to take on my first lead role. I went to set with a lot on my mind. But the director, Go Ara, Kim Joo Heon, Lee Soon Jae, and Ye Ji Won are all easygoing people, so they helped me adjust quickly. Thanks to them, I was able to immerse myself in the story and focus on my work.”

He added, “I think that instead of me being particularly loved, I think that I had the luck to choose good projects. It happened that I matched well with the other cast members of those projects. I think that people liked those characters I played. I worked hard on this one as well, so I hope people will like it.” 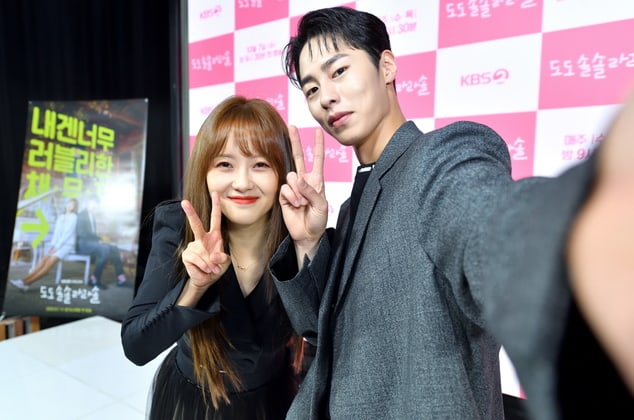 PD Kim Min Kyung said, “I remember when Go Ara and Lee Jae Wook first met. We met over a meal in Yeouido and took a photo together in the lobby. I really liked that photo. They were just standing there, but it looked like they could be surrounded by reporters. I looked at that photo again before I came to this press conference. The two of them are just standing there and making a ‘thumbs-up’ for the camera, but they look so pretty and good together. Even their height difference is cute. I really wanted to film them as soon as possible.”

As for the moodmaker on set, the cast agreed that it was Goo La La’s dog, “Mimi.” Go Ara said, “The atmosphere on set brightens when Mimi arrives.” The actress shared her regret that she couldn’t have a dog of her own due to her parents’ allergies, so she had a lot of fun playing with Mimi on set.

The PD said, “Mimi has worked as a dog actor before, but this is her first time as a lead character. We couldn’t meet with the dogs directly, so we held a virtual audition. Mimi is a Pomeranian but a very plump dog. She has a unique character. It’s so cute how she acts relaxed and confident. There were no bloopers in her scenes.” 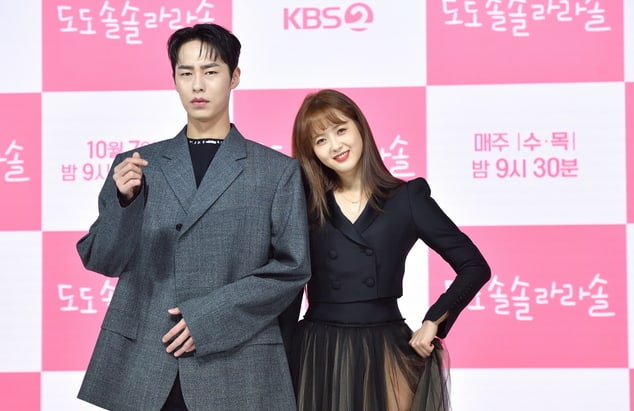 “Do Do Sol Sol La La Sol” had to pause filming due to one of its actors testing positive for COVID-19. The PD said, “It’s true that the premiere date had to be delayed, but we were calm and collected about responding to the positive test. We stuck to the guidelines and met quietly among ourselves. Fortunately, there were no further transmissions. It’s behind us now, but we’re also being more careful.” 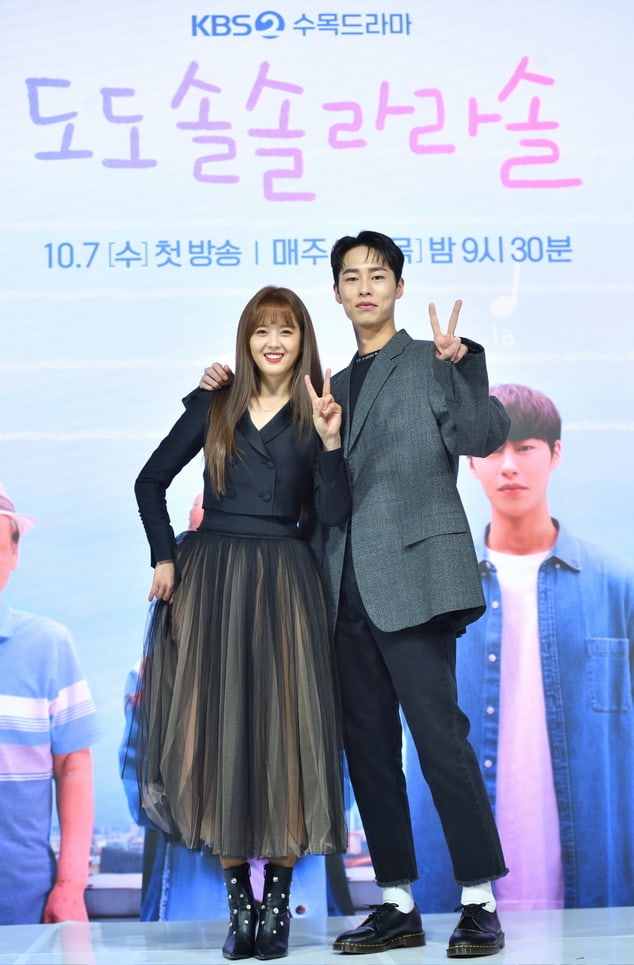 Check out Lee Jae Wook in “I’ll Go to You When the Weather Is Nice” below!