The drama is about the various stories that take place inside the Samkwang Villa, with the plot centered around the villa’s owner, Lee Soon Jung (Jeon In Hwa), who welcomes everyone to her table. Lee Jang Woo stars as a detail-oriented architect named Woo Jae Hee, and Jin Ki Joo co-stars as Lee Bit Chae Woon, who has to shoulder the responsibility of taking care of her family.

As Woo Jae Hee and Lee Bit Chae Woon have spent increasingly more time together on the deck of Samkwang Villa, they start to feel interest in one another.

Check out three special moments that show their growing chemistry!

Jang Seo Ah (Han Bo Reum), the head of LX Fashion headquarters, made unreasonable demands to organize and present on vast amounts of data within an absurdly short period of time. Lee Bit Chae Woon, being the passionate intern she is, took on the challenge and worked hard to prepare her presentation. But she soon got sleepy and decided to move to the deck for better concentration. This is when she ran into Woo Jae Hee, who was working out.

As a self-proclaimed “Master of Presenting,” he offered his advice. He said the purpose of a presentation is to show whether the project is feasible or not, and he went on to point out the parts to be emphasized and how to separate the data. As Lee Bit Chae Woon realized that his suggestions were valid, she gradually began to listen to his useful advice. But the help did not end there. Woo Jae Hee made handouts for her, explaining that superiors prefer to see brief summaries. When she received the e-mail, Lee Bit Chae Woon mumbled in indifference. But she couldn’t stop a smile from slowly spreading across her face. 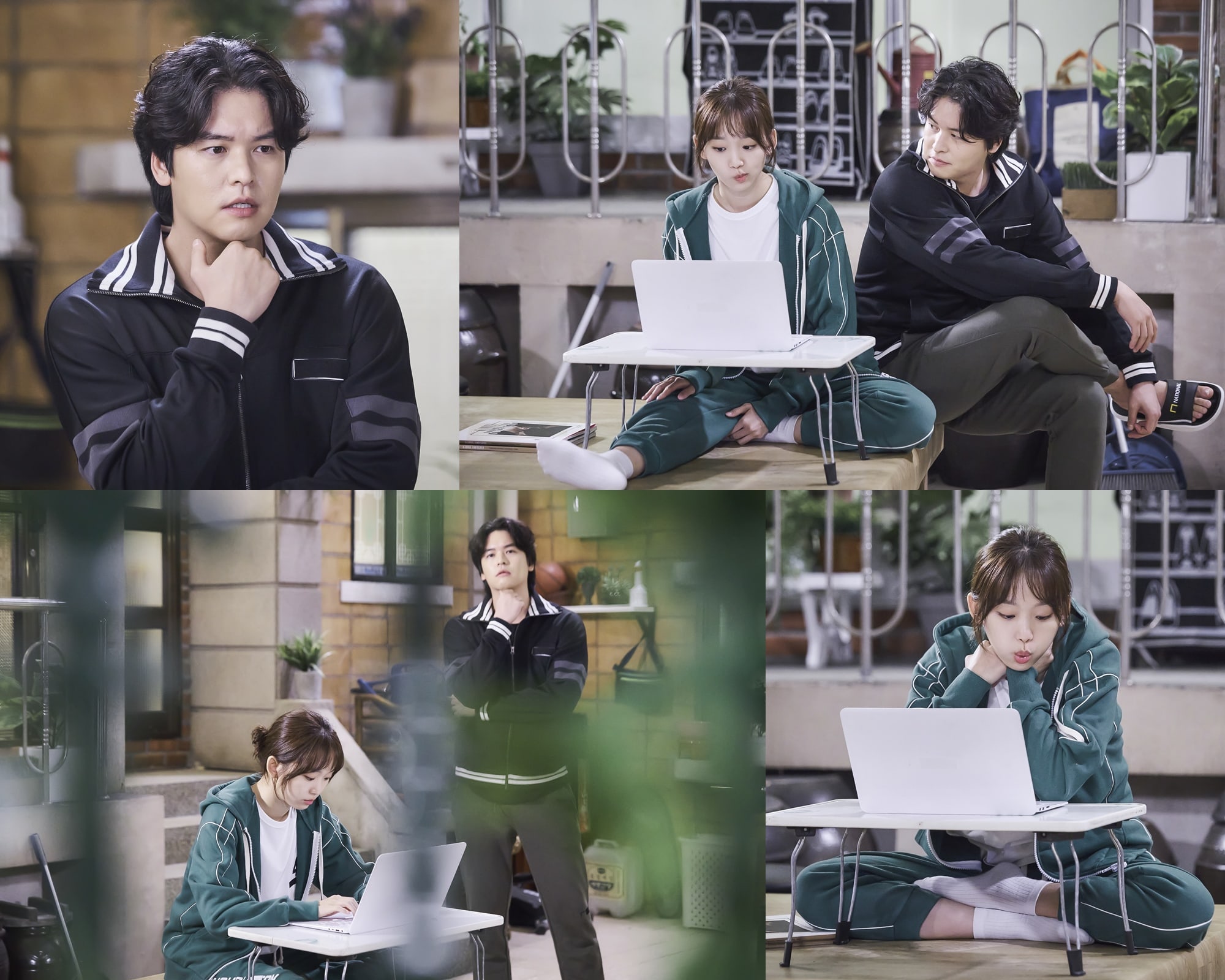 Woo Jae Hee’s mother changed her cell phone number and disappeared suddenly, leaving her son to be worried sick. He asked Lee Bit Chae Woon where women would usually go if they ever left home, pretending to be talking about someone else. But Lee Bit Chae Woon caught on to what was going on right away and gave him the insight he needed.

She said that his mother would have gone to a place she normally would have wanted to visit. She encouraged him to think of a place his mother could feel at peace in, even if it may not be an expensive or luxurious location. Thanks to this, he recalled his mother smiling happily while showing him pictures of hanok (traditional Korean homes). In the end, he really found his mom at a hanok. Woo Jae Hee and Lee Bit Chae Woon had a rough start, but they are getting close enough to share their worries with one another.

It seemed that Lee Bit Chae Woon and Woo Jae Hee were growing to be friendly, but things return to square one after she called him “Koala.” They started to bicker back and forth regarding their nicknames for one another. On the day Woo Jae Hee moved into Samkwang Villa, Lee Bit Chae Woon mistook him for a pervert in the bathroom and attacked him with a plunger, calling him a “Koala.” Thinking back on this, he confronted her about this nickname, adding that he has heard that he resembles the French actor Alain Delon.

Lee Bit Chae Woon also had something to say regarding the nickname he gave her, “Mappak,” or “Forehead.” She peered at him, asking, “Can’t you see how pretty my forehead is?” But he responded by describing her forehead as a weapon, referring to the incident in which he fainted after being hit by it. He even joked that he has developed dizziness and should have been treated when it happened. Although the two argue, they give off a compelling chemistry. Their bad blood romance will continue to make history on the deck of Samkwang Villa.

“Homemade Love Story” airs every Saturday and Sunday at 7:55p.m. on KBS 2TV.