Lee Dong Wook and Jo Bo Ah have to figure out how to share a room together for the night in the next episode of “Tale of the Nine-Tailed”!

The new tvN drama is about a male gumiho (a mythical nine-tailed fox) named Yi Yeon (Lee Dong Wook) who has settled in the city, and the fearless producing director named Nam Ji Ah (Jo Bo Ah) who is determined to track him down.

On October 8, preview stills were shared of the pair in a situation that looks like a complete 180 from the violent and intense ending to the previous night’s premiere. Yi Yeon and Nam Ji Ah are faced with having to spend a night together in a far-from-luxurious single room, with the two of them bickering over a set of flowery bedding.

Yi Yeon has shed his cool persona for a moment as he puts on a sad look with his hand outstretched, while in another shot Nam Ji Ah is smiling brightly wrapped up in the blanket. Viewers are wondering what the hidden story is about these two characters and how Yi Yeon, who had so completely adjusted to life in the city, has ended up in this quiet place that appears very far from downtown. 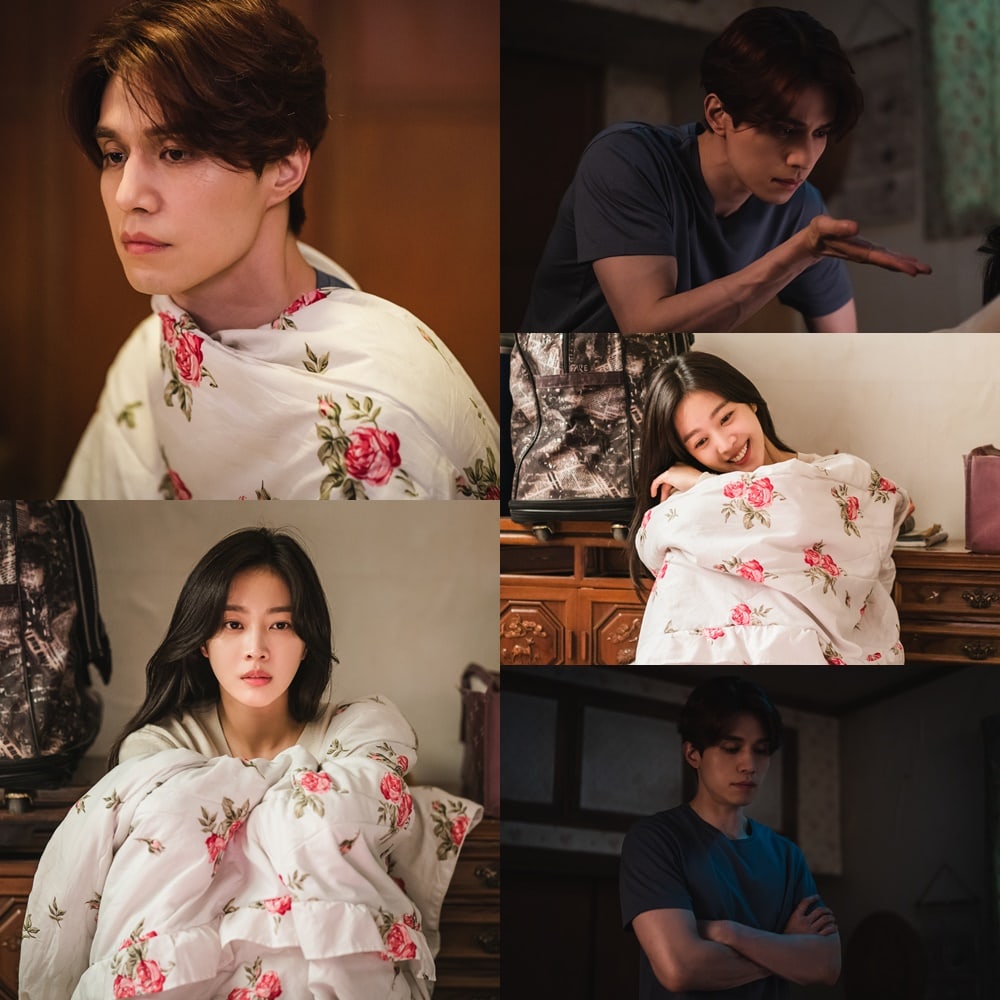 Lee Dong Wook and Jo Bo Ah filmed this scene in July, and their great chemistry and teamwork kept the mood up on set. Controlling their push-and-pull dynamic was critical for the scene, so they rehearsed their lines several times to perfectly pull it off. When the camera was rolling, they were a great team as Lee Dong Wook used his famous wit and Jo Bo Ah provided wonderful reactions.

The production team stated, “Lee Dong Wook and Jo Bo Ah were always full of energy on set and doing their best, so the pair boosted morale and kept everyone powered up.” They asked viewers to tune in to the second episode on October 8 to find out what will happen next in Yi Yeon and Nam Ji Ah’s story.