Lee Ga Eun Explains Why She No Longer Strives To Stand On Stage As A Singer, Picks Her Role Model, And More

Lee Ga Eun made her debut at the young age of 19 years old (by Korean reckoning) when she was added to the lineup of After School in 2012. She explained that although her dream was initially to become an actress, the director of their agency saw a clip of her dancing and contacted her mother. “I said I wasn’t confident in becoming a singer,” she said, “but he told me just to try taking lessons. After taking a few lessons, I realized I couldn’t just take lessons.” She elaborated with a laugh, “I had to practice in order to take lessons.” 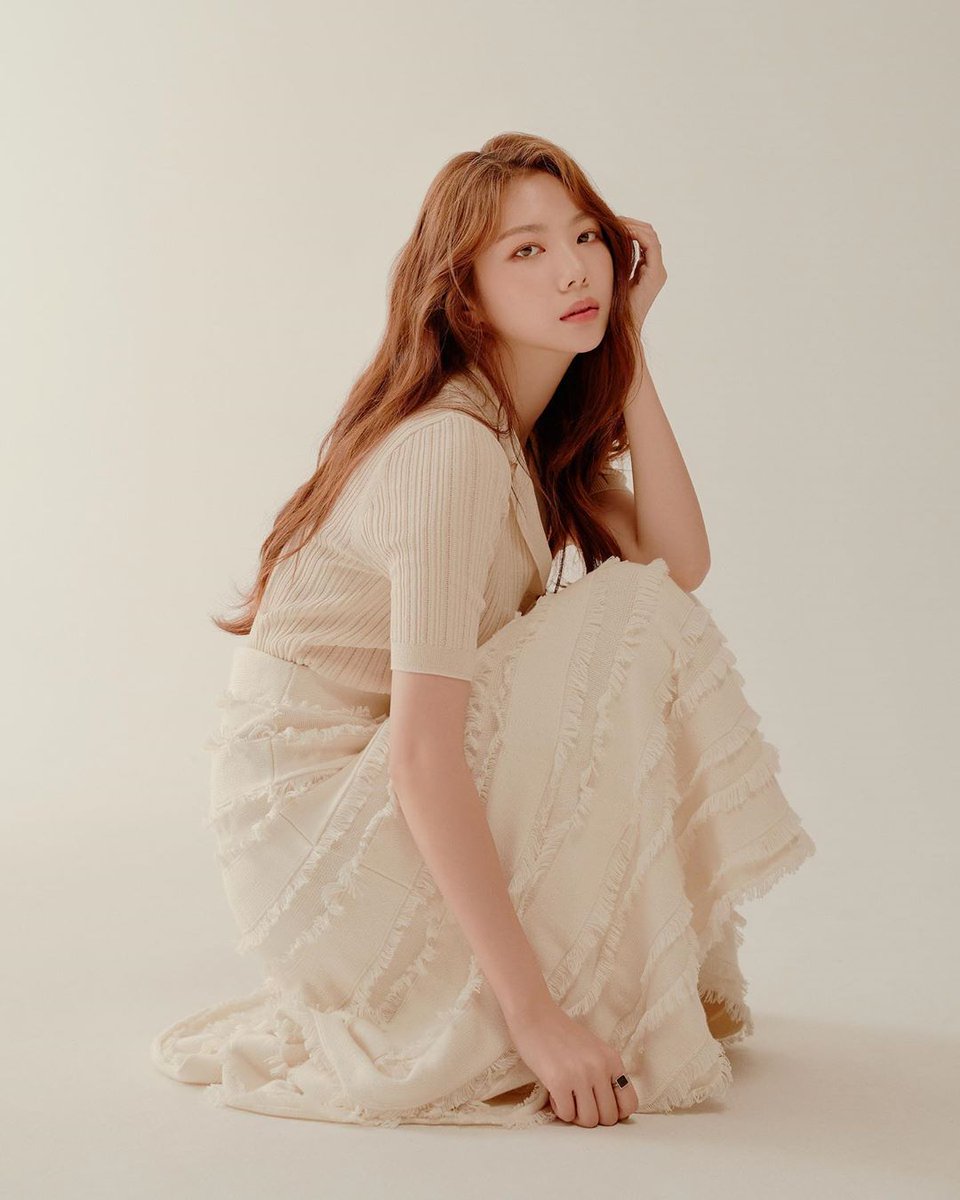 When she joined After School, the group was already well-known and in their third year of promotions. Lee Ga Eun was asked whether she felt any pressure, and she responded, “At first, I really just couldn’t believe it. Rather than being happy, I was so afraid. Because I was a trainee, we had never practiced together or even seen one another at the agency. I was worried about joining the group and thought about whether I’d become a burden to them on stage.” With a smile she shared, “I worried a lot but after actually meeting the members, it was so comfortable and they were so good to me.”

Regarding her dream of becoming an actress, Lee Ga Eun shared, “My mother raised me to be very mature. When I was younger, I didn’t really know how to talk about hard things with other people. That’s why when I watched dramas or movies and saw someone who was like me, it felt like they were explaining their thoughts for me so I got a lot of comfort from that.”

She continued, “After seeing that, I thought living a life that is of help to others would be meaningful. At my young age, the greatest comfort I received was from actors. That’s why I thought that when I grew up, I wanted to become someone who comforted people who are lonely through my acting.” 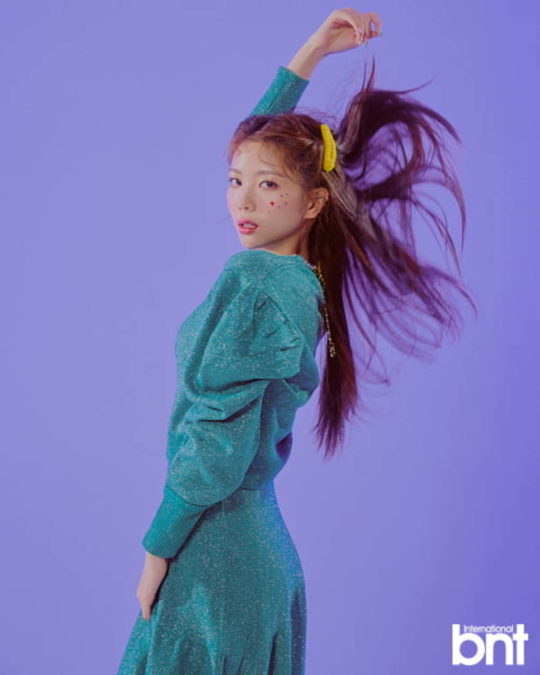 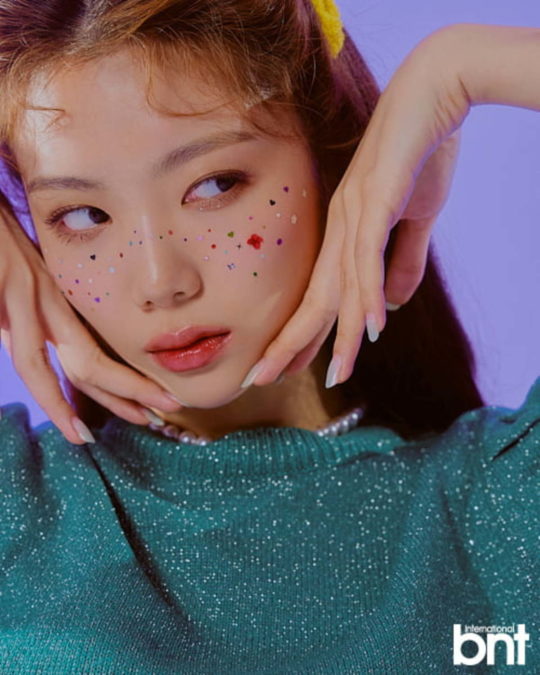 Lee Ga Eun picked veteran actress Kim Hae Sook as the senior she most respects, explaining, “I wanted to become an actress after watching her. There hasn’t been a single time that I’ve thought she was good at acting. That’s because she’s so good at acting that it doesn’t even feel like acting.”

As her role model, she picked Esom, sharing, “I really like actress Esom. I really like her film ‘Microhabitat’ that I’ve seen it multiple times. I believe there’s an acting style and a lifestyle that is unique to Esom. Rather than desire to copy that, I want to become someone whose color is as defined as her.” 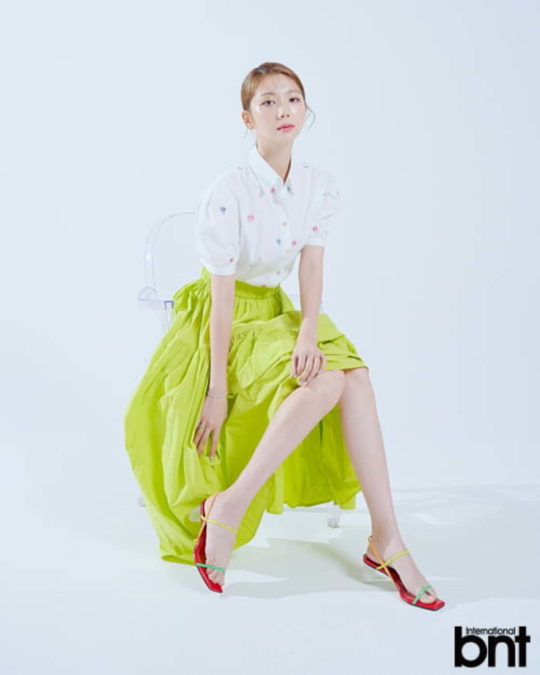 Since she’s now officially embarked on her journey as an actress, Lee Ga Eun was asked whether she was putting aside her career as a singer. She replied, “I don’t think I have any desire to promote on music shows as a singer anymore. Now, I have a stronger desire to make music that comforts others. That’s why I often think about releasing music that I’ve participated in the songwriting or lyrics for. Not as my main work, but I want to occasionally release songs for my fans.”

The interviewer asked whether Lee Ga Eun had close celebrity friends, to which she responded, “I am close to the people I was friends with before my debut, since we were little. I’m the type to make long-lasting, deep relationships. For celebrities, I’m close with gugudan‘s Hana, whom I met while filming the web drama ‘Another Peaceful Day of Second-Hand Items.'” 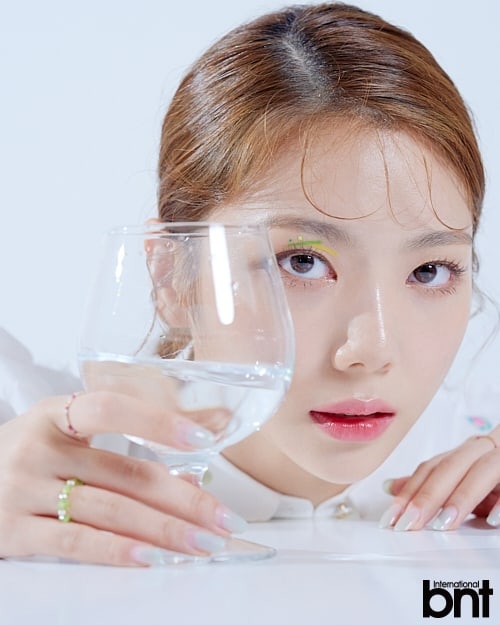 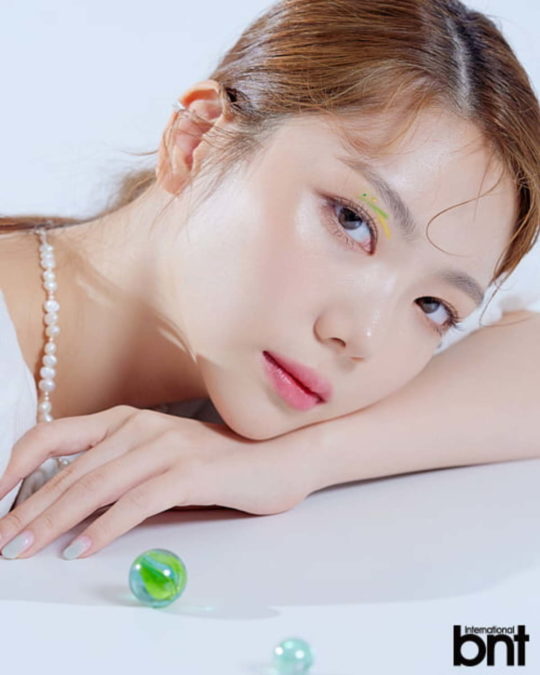 To her fans, the star commented, “Rather than try to convince me, they wait for me and support me. They also like me for who I am, so I’m thankful. I hope we can continue to stay together in the future. I’m also always supporting my fans so I hope they can get strength from seeing me too.”

BNT International
Lee Ga Eun
How does this article make you feel?