JTBC’s “More than Friends” follows the story of two close friends who fall in unrequited love with the other over the course of 10 years. Shin Ye Eun stars as Kyung Woo Yeon, a girl who gives up on her one-sided love for her best friend after a decade of pining. Ong Seong Wu stars as Lee Soo, the longtime object of Kyung Woo Yeon’s affection, who suddenly starts to see her in a new light.

In the stills released on October 8, Kyung Woo Yeon is surprised to see Lee Soo after their kiss on Jeju Island. The tension is further amplified as they’re joined by On Jun Soo (played by ZE:A’s Kim Dong Jun).

In the last episode, Kyung Woo Yeon got fed up with the difficulties of love and work and took a trip to Jeju Island. There, she ran into Lee Soo, who had returned to Korea. After spending time together, Kyung Woo Yeon realized she still had feelings for Lee Soo and gave him a kiss to let him know how she felt.

The released photos show their reunion in Seoul and their first meeting with On Jun Soo. After their memorable first meeting, On Jun Soo and Kyung Woo Yeon meet up again to work on a calligraphy photo book, making viewers wonder where their relationship is headed. 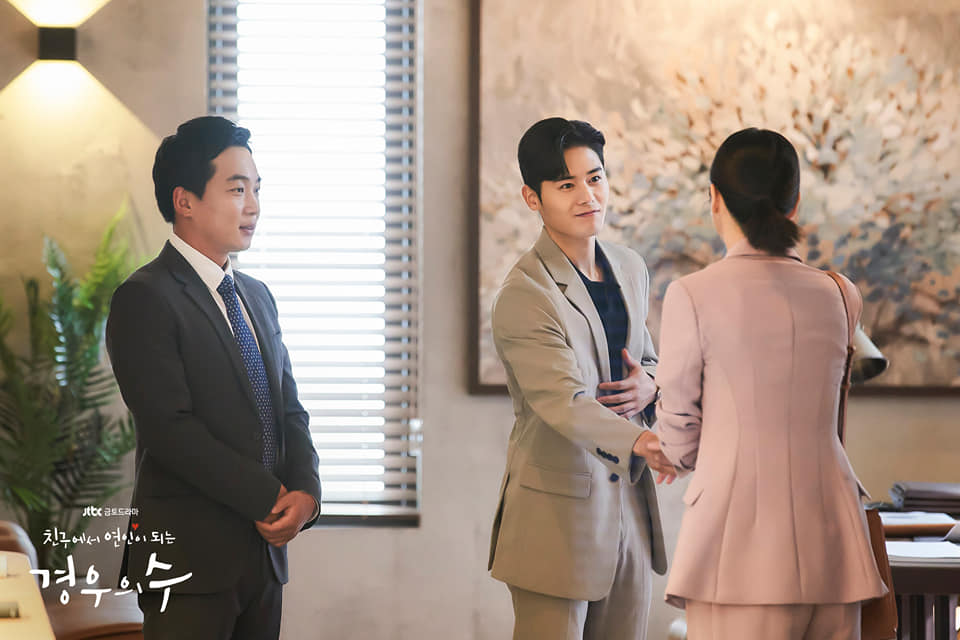 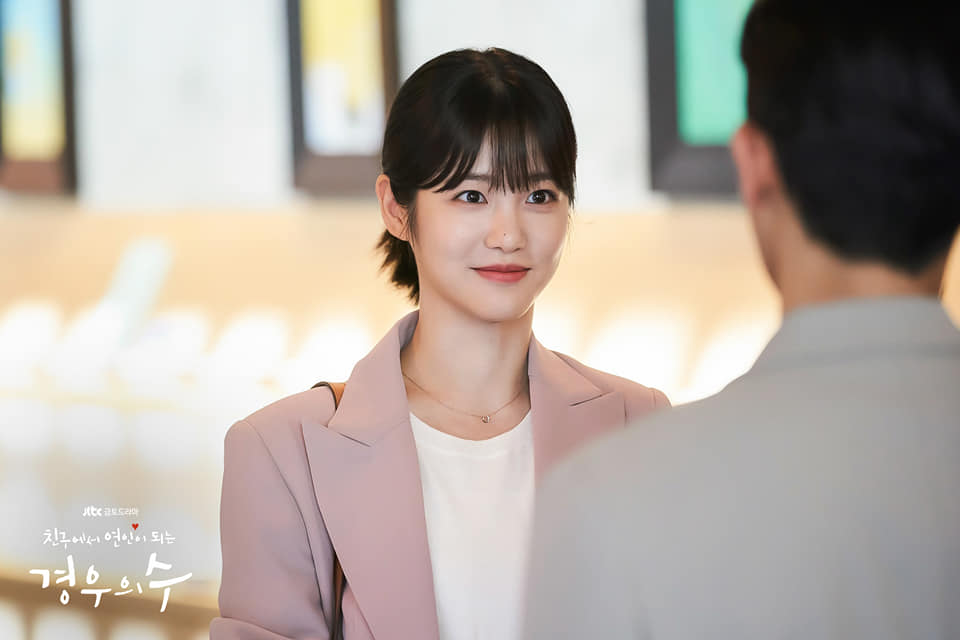 At the spot she’s supposed to meet On Jun Soo, Kyung Woo Yeon is surprised to see Lee Soo, who nonchalantly greets her. On Jun Soo is just as confused as Kyung Woo Yeon, given that he has no idea what kind of relationship the two have. 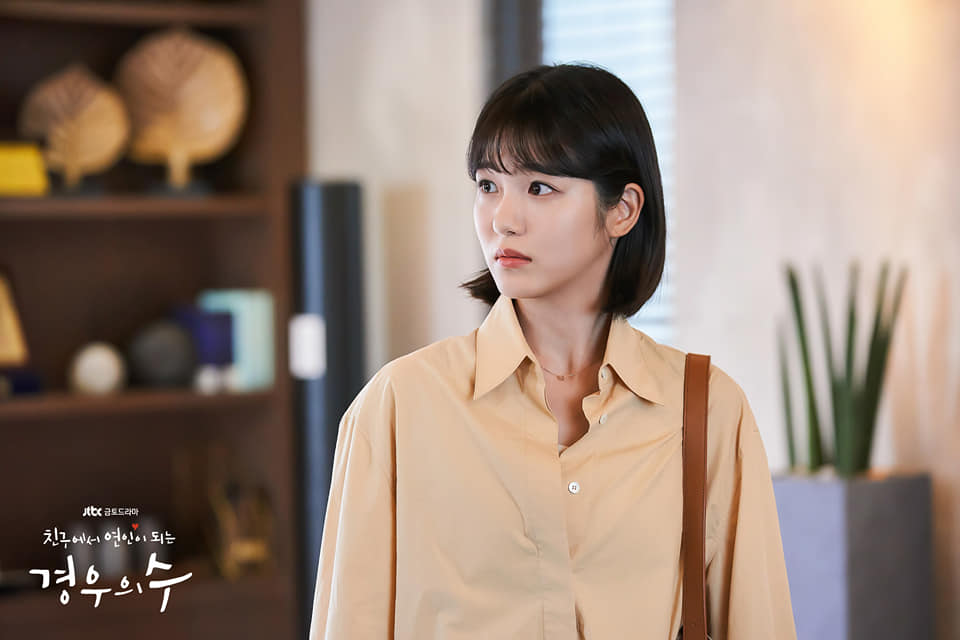 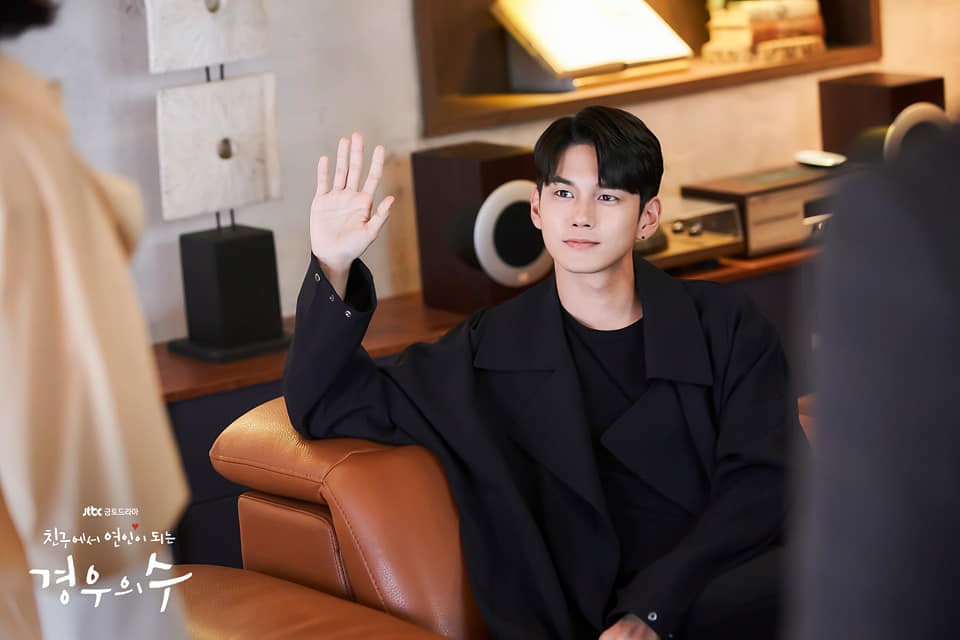 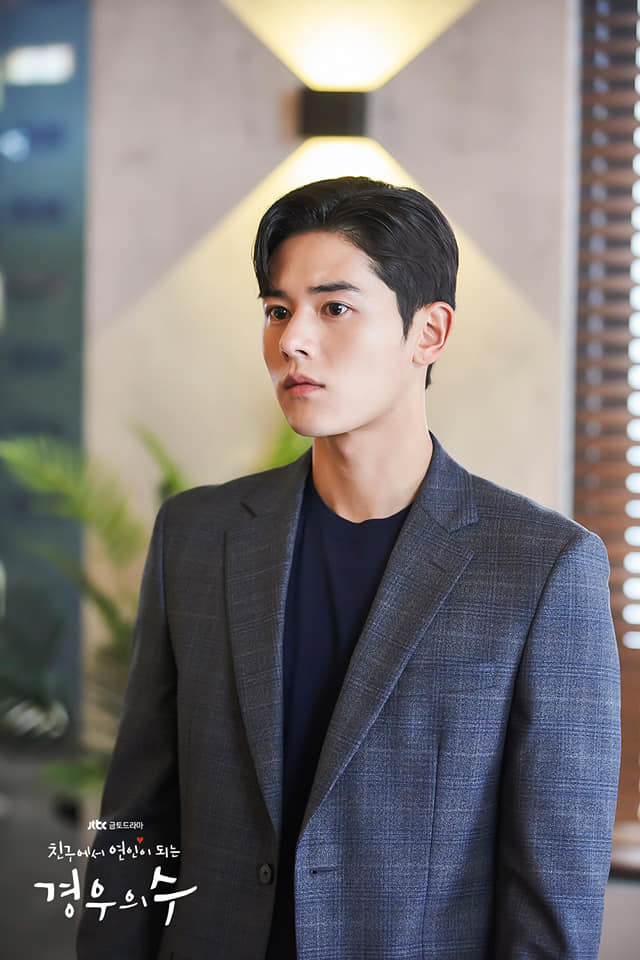 Although Kyung Woo Yeon kissed Lee Soo with hopes to undo the “one-sided crush curse,” new events will begin to arise between the duo, including the unlikely addition of On Jun Soo.

In the latest preview, Kyung Woo Yeon insists that she won’t see Lee Soo ever again. Her friend Kim Young Hee (played by Ahn Eun Jin) tells her, “If this was a curse that you could undo yourself, do you really think it would’ve taken 10 years?” On the other hand, Han Jin Joo (played by Baek Soo Min) warns Lee Soo, saying, “Does Kyung Woo know you’re in Seoul? Don’t meet up with her, even if it’s accidental. Don’t even go near her.”

Despite these precautions, Lee Soo and Kyung Woo Yeon meet again, this time as business partners. Stay tuned to see whether Kyung Woo Yeon can finally crack the curse of her one-sided crush!

The producers commented, “Starting with the broadcast this week, Lee Soo begins to pay more attention to Kyung Woo Yeon, who kissed him then left. The gradual reversal and transformation of their relationship will have your hearts fluttering.”

Start watching “More Than Friends” with English subtitles below!