MBC’s upcoming drama “The Spies Who Loved Me” has revealed a glimpse of the tense dynamic between its two male leads!

On October 9, the upcoming drama released a sneak peek of the uncomfortable tension between the two men, both of whom are undercover. Jun Ji Hoon poses as a travel photographer while diligently surveilling Derek Hyun’s every move, and the fierce glint in his eyes betrays his true identity as a spy. Meanwhile, Derek Hyun exudes a cold but gentlemanly charm in his disguise as a diplomat. 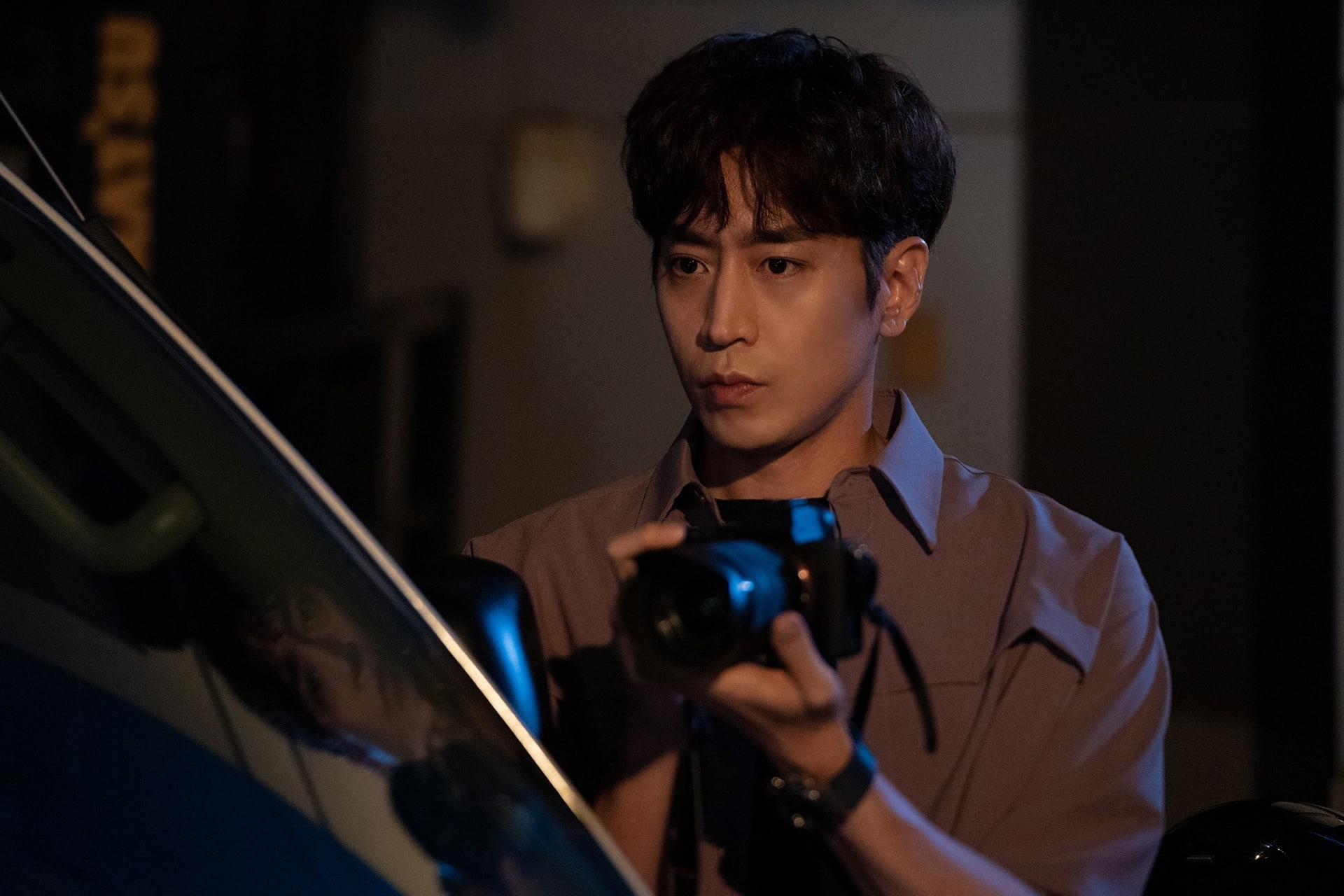 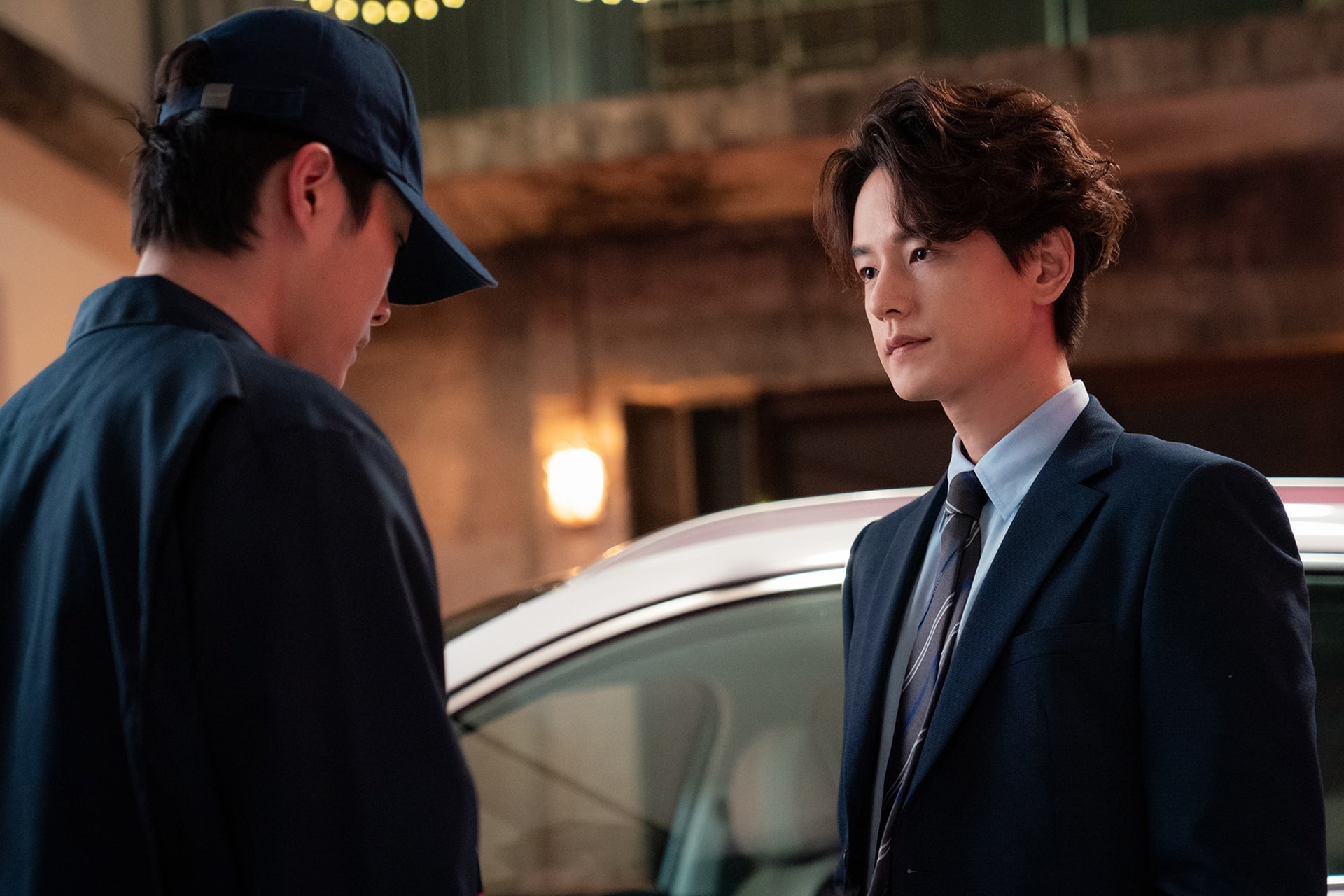 However, an intriguing third photo of the two leads captures Derek Hyun tying Jun Ji Hoon’s necktie for him with a friendly smile, raising the question of how exactly the two men got into such a situation—and what that will mean for protagonist Kang Ah Reum, who is currently married to one and divorced from the other.

Eric commented, “Derek Hyun is a character who is the polar opposite of Jun Ji Hoon. He has a sophisticated and intellectual charm, but he also exudes a cold sharpness. Please look forward to the face-off between the two characters.”

Im Joo Hwan went on to praise his co-star Eric, remarking, “I always look forward to filming my scenes with [Eric]. He’s an actor that I want to learn a lot from while acting together.” 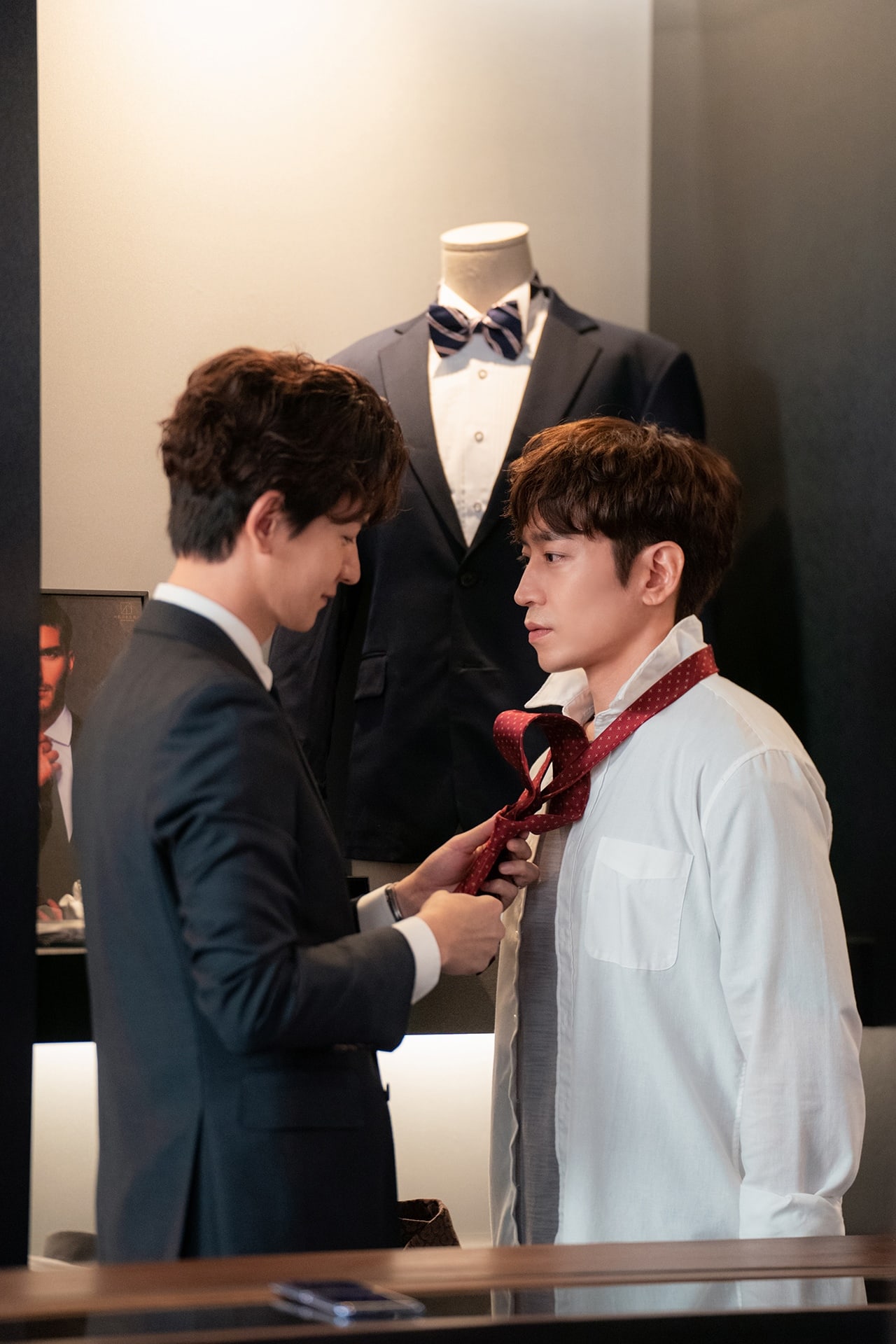 Eric
Im Joo Hwan
Shinhwa
The Spies Who Loved Me
How does this article make you feel?