Song Ji Hyo and Jun So Min were the “guests” this week on “Running Man”! 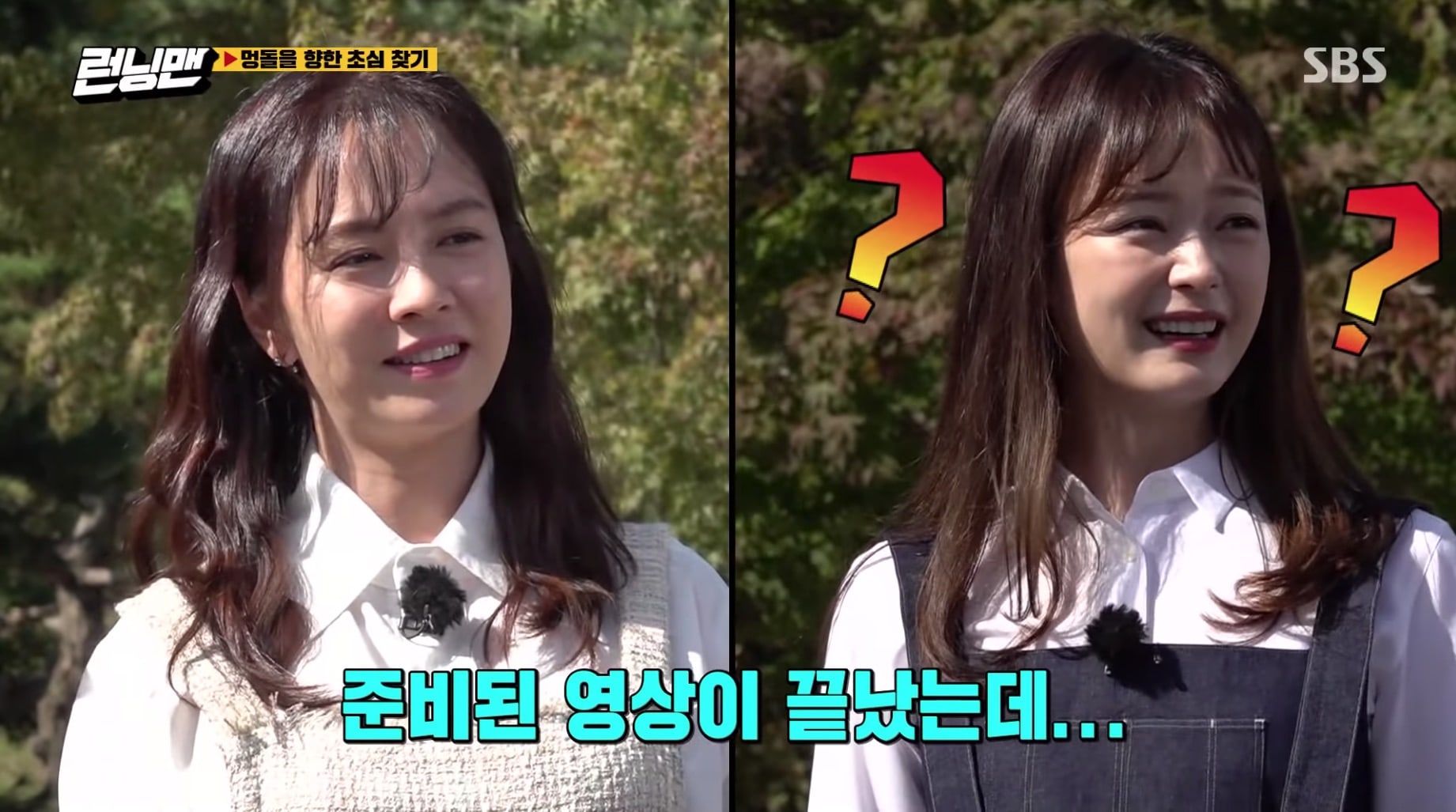 The episode opened with the cast revisiting old videos of how they acted around Jun So Min and Song Ji Hyo in the past. Kim Jong Kook commented, “The rest of us look awkward but Song Ji Hyo was really pretty in those days.” After a video of him serenading Song Ji Hyo surfaced, HaHa said, “I can’t believe we were like that” and Song Ji Hyo said, “I’d forgotten that he did stuff like that.” 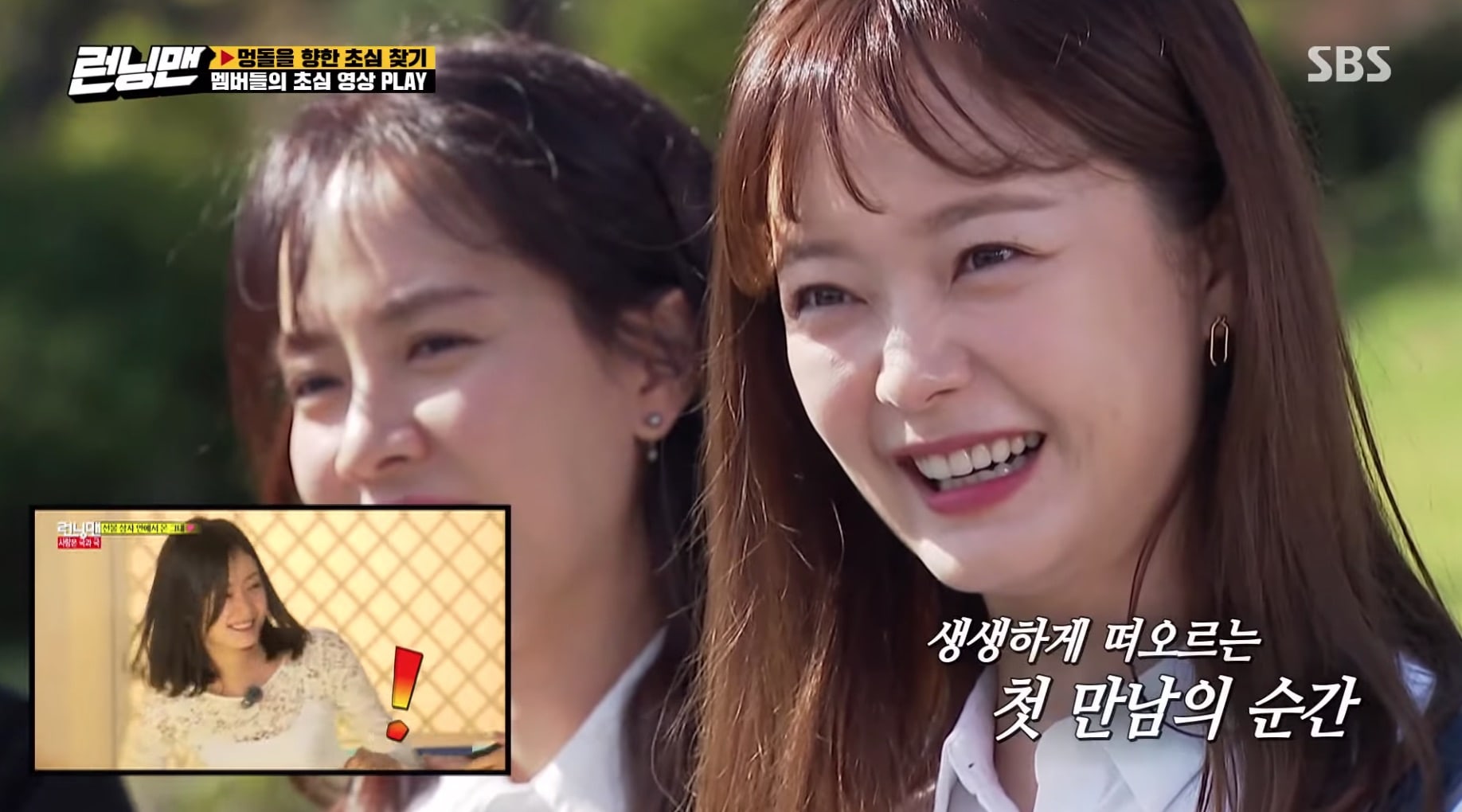 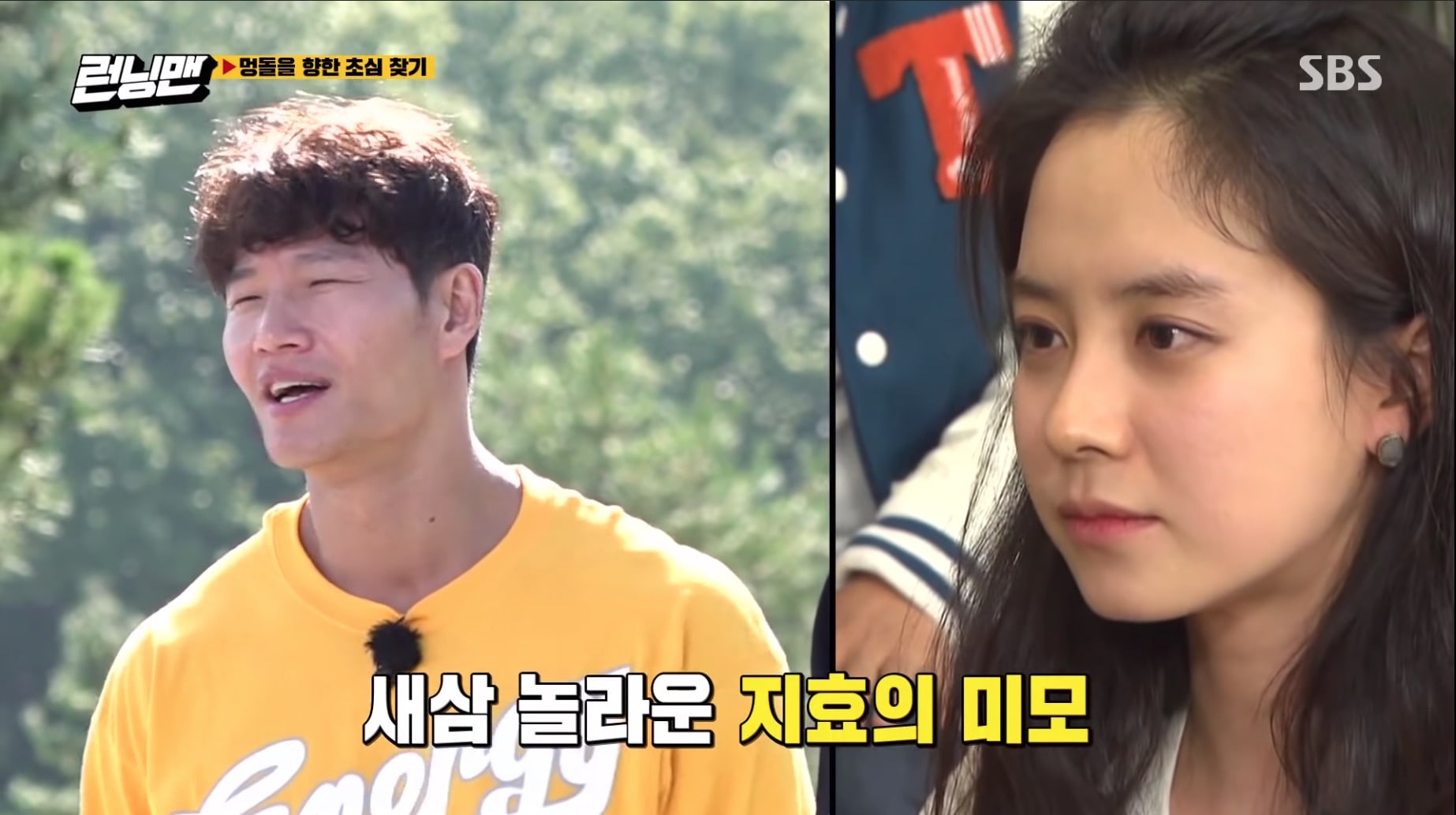 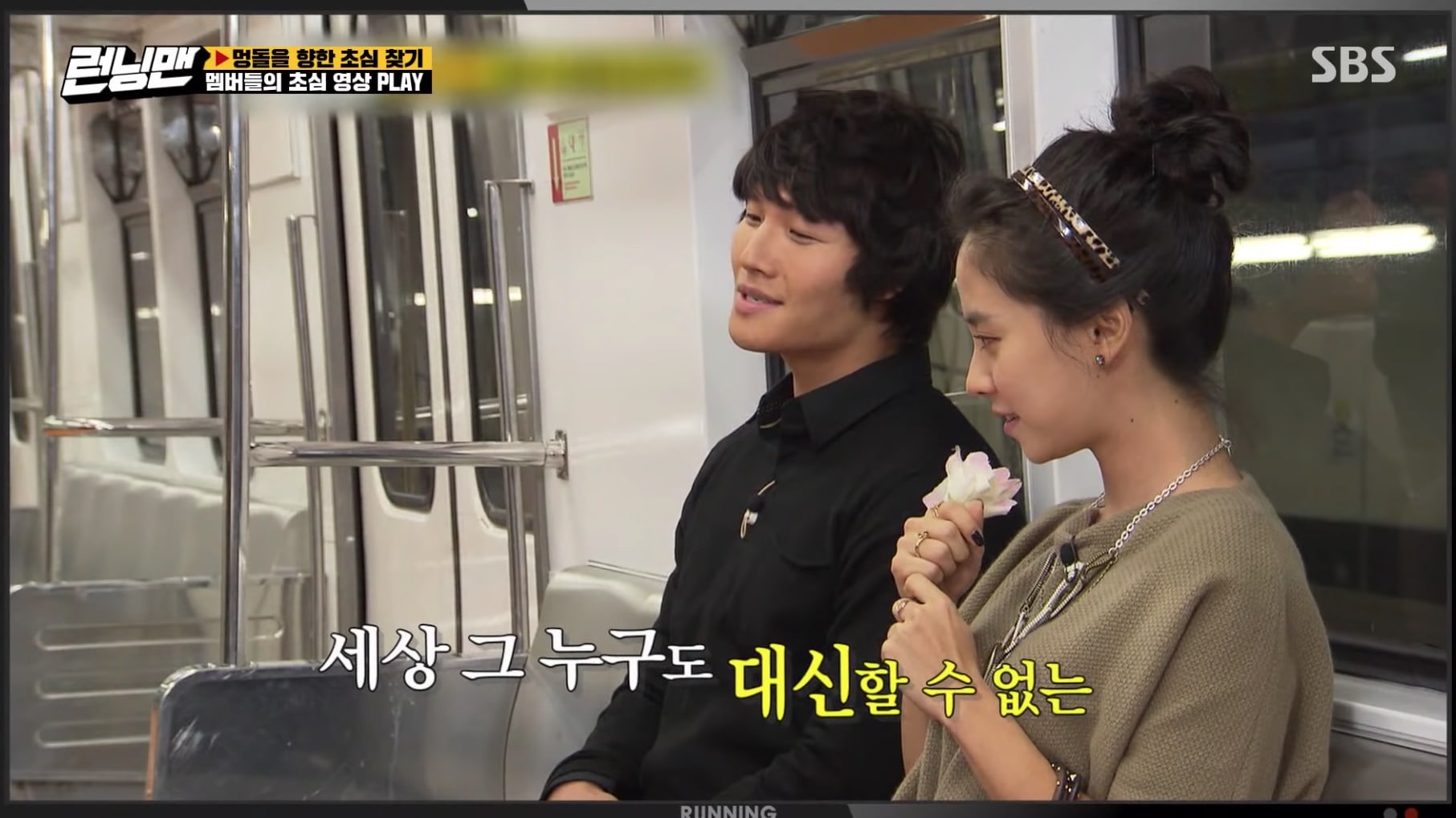 Later, Kim Jong Kook serenaded Song Ji Hyo and Jun So Min again in an attempt to win their hearts, and Yoo Jae Suk quipped, “Did you end things well with Yoon Eun Hye?” Kim Jong Kook retorted, “Why are you bringing that up again?” Kim Jong Kook and Yoon Eun Hye were in a “love line” on a previous variety show. 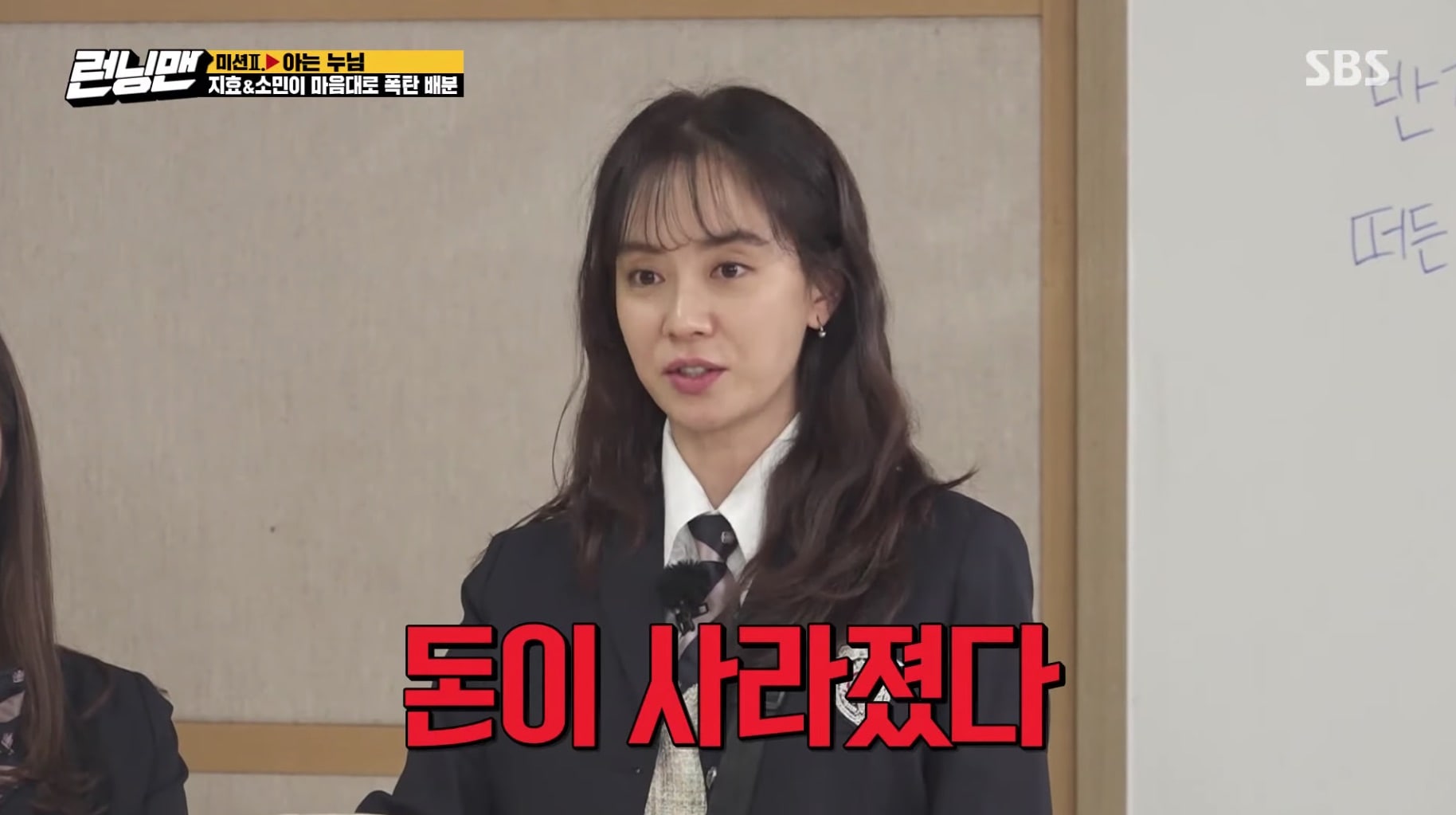 In one mission, the members had to answer quizzes about Jun So Min and Song Ji Hyo. Song Ji Hyo asked, “Once I was watching a drama with my boyfriend and I got upset and exploded. Why did I do that?” The male cast members first guessed things like “Your boyfriend was onscreen doing a kiss scene” or “Your ex-boyfriend came on TV.” Song Ji Hyo said, “It has to do with something that resembles Lee Kwang Soo.”

HaHa finally got the answer right, which was, “You were eating dried squid while watching the drama and your boyfriend only left the legs and ate the torso himself.” (“Squid” is often used to insult people’s appearances.) 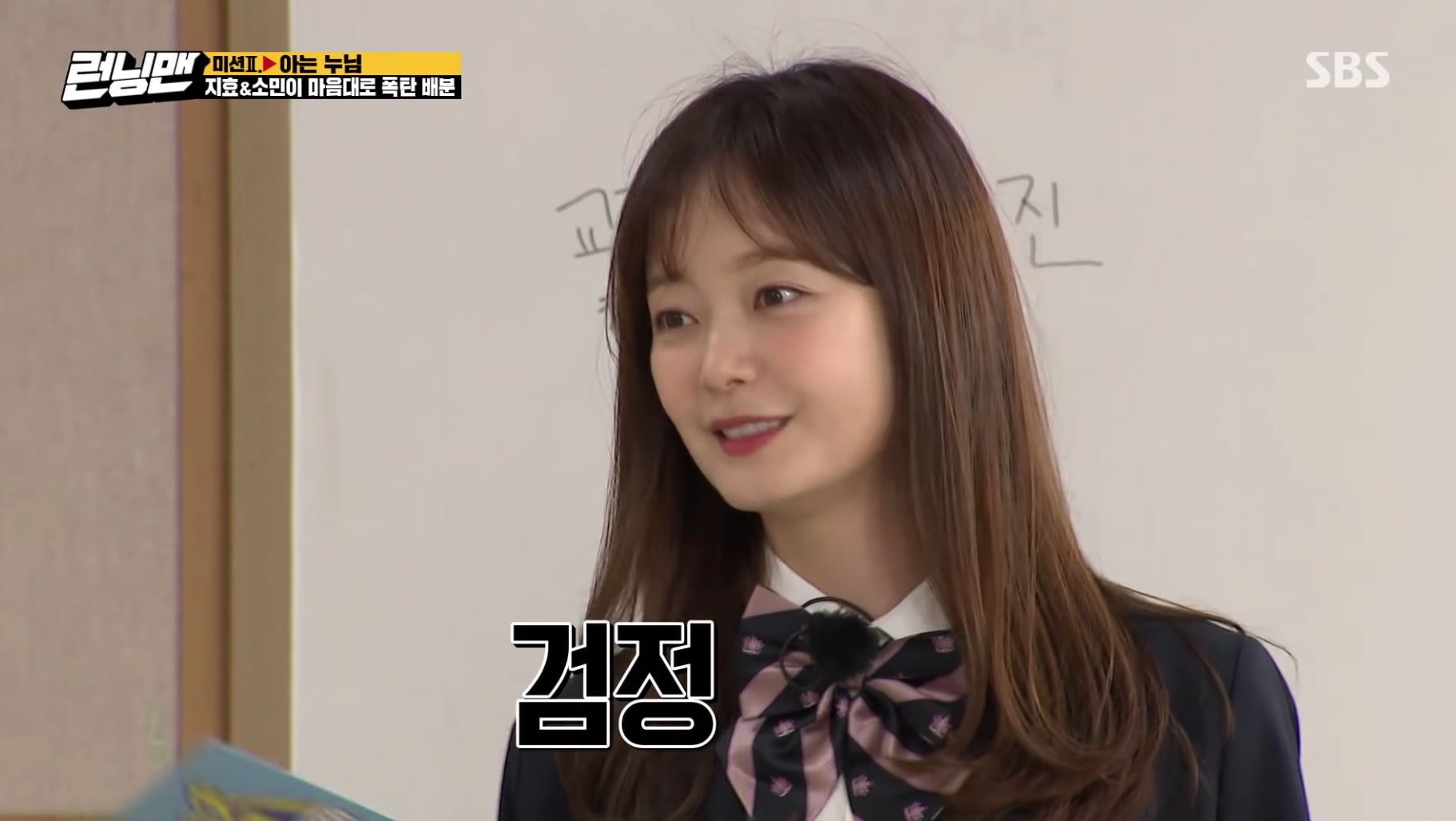 Jun So Min asked the members to guess something she had done for all her boyfriends. They eventually guessed that she had knitted them a scarf, and she asked them to identify the color. Yang Se Chan surprised the others by shouting “Black,” which was the correct answer, and the cast exclaimed, “Did you get one too?”

Yang Se Chan explained, “No, I didn’t get one, but I got goosebumps because she has given me a scarf before. It was black.” Jun So Min said, “I didn’t make that one myself. I made them myself for my boyfriends. But they didn’t seem to like it that much.” 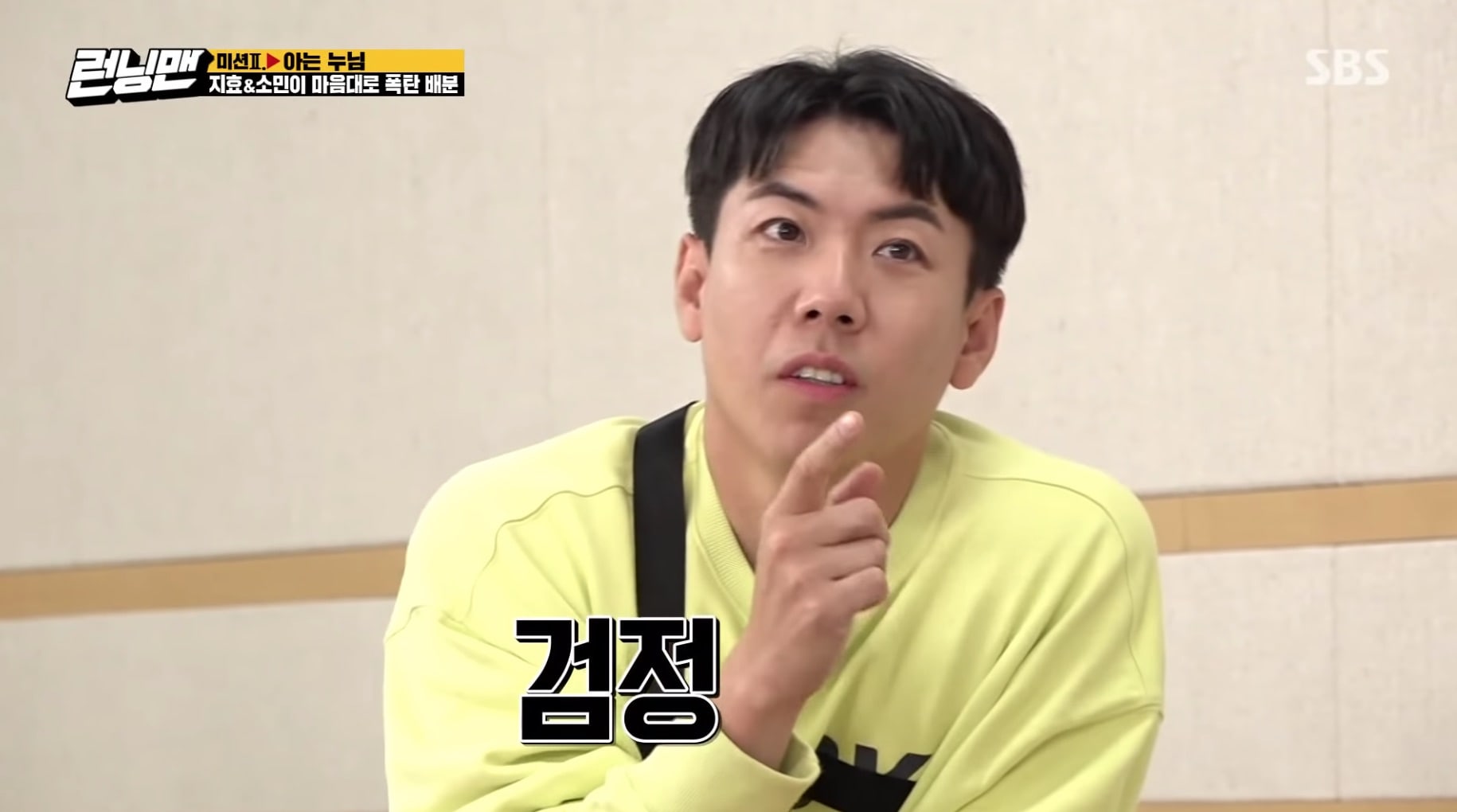 Song Ji Hyo
jun so min
Running Man
How does this article make you feel?